The Uruguayan designer has just set the bar for sustainable fashion

In her debut collection, Gabriela Hearst, the ready-to-wear designer and Chloé’s newly-minted creative director, imprints two of her core philosophical pillars on the French luxury label: femininity and sustainability. Hearst, the Uruguayan designer whose eponymous label has earned her praise and accolades, has made a seamless transition to the helm at Chloé.

After the December announcement that Hearst would take over for the departing Natacha Ramsay-Levi, all eyes turned to Mrs. Hearst, with many wondering how her fingerprints would shape the brand moving forward. There was already speculation that eco-friendly production would be at the heart of Hearst’s new-look Chloé, with The Guardian reporting that a 92-page proposal outlining a vision for sustainability impressed CEO Riccardo Bellini, who has made sustainability the brand’s raison d’être and abiding practice. 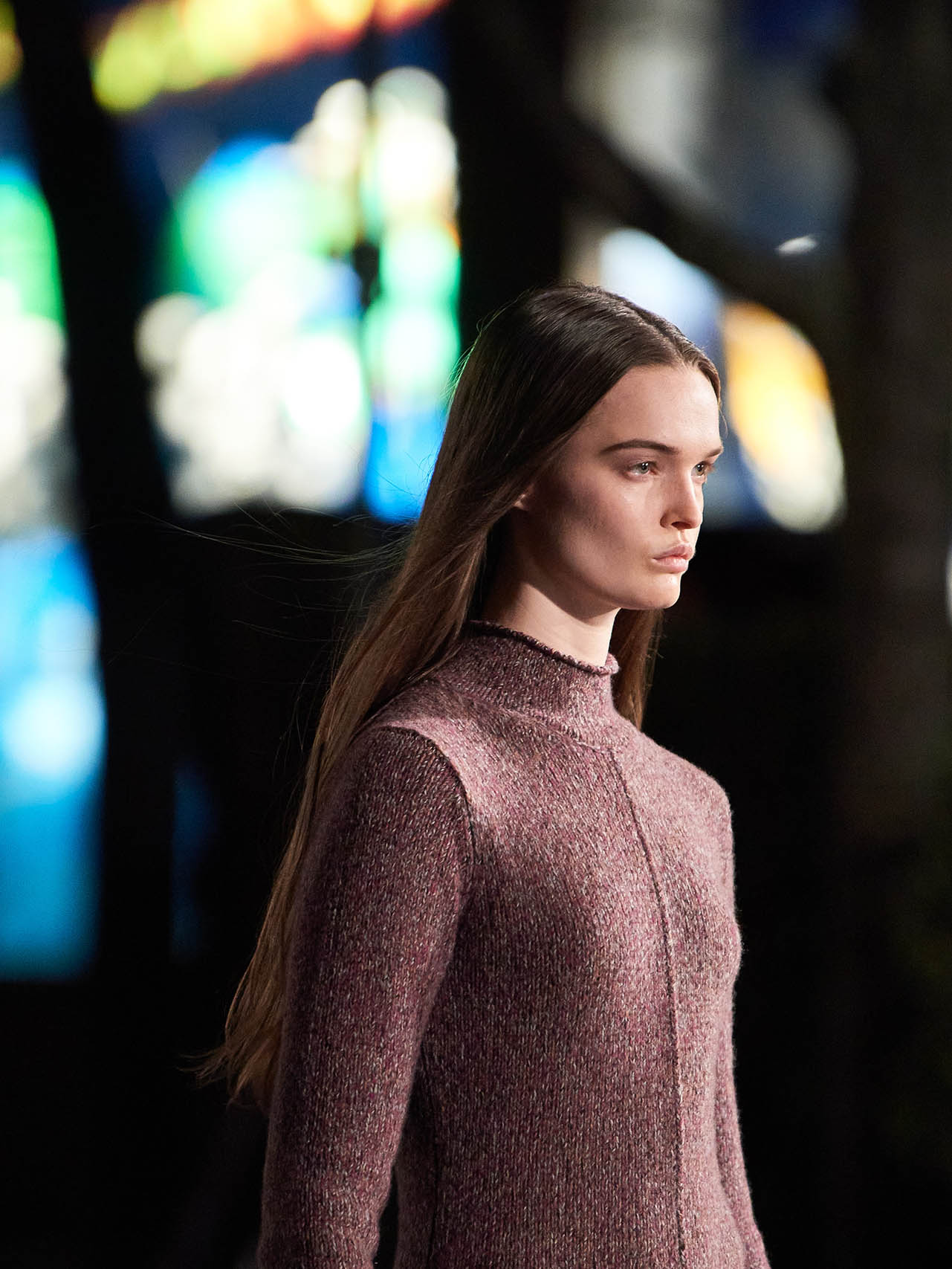 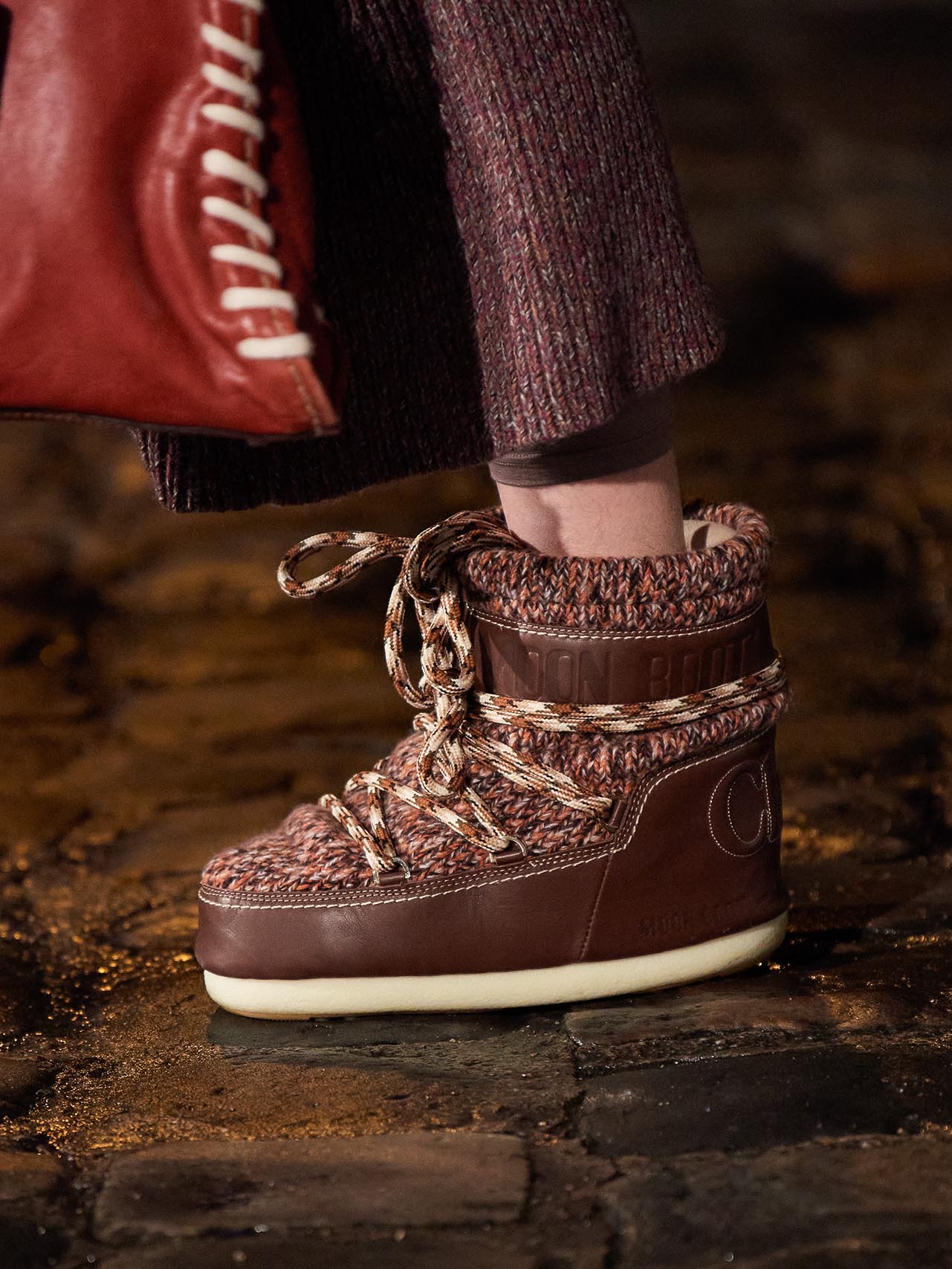 But sustainability is a complex in the world of high fashion, where brands produce two new seasonal lines per year in addition to the growing production of off-calendar lines such as the pre-fall collections that all major brands are expected to release. So it’s no surprise that Chloé would turn to a fashion maven with a proven track record of executing sustainable fashion of the highest order. At Gabriela Hearst, Mrs. Hearst has sought to limit the brand’s environmental footprint and impact by repurposing derelict materials and opting for recycled or eco-friendly fabrics, while continually producing a line that is noted for high-quality craftsmanship.

At Chloé, Mrs. Hearst has not only continued her low-impact practice, but has heightened her ambition towards sustainable fashion, creating a line that is “four times more sustainable” than the brand’s last offering, according to the presentation’s accompanying press release. In pursuit of eco-friendliness, the brand has scrapped synthetics and other artificial materials while sourcing organic silks and recycled cashmeres with the aim of being “carbon neutral.” 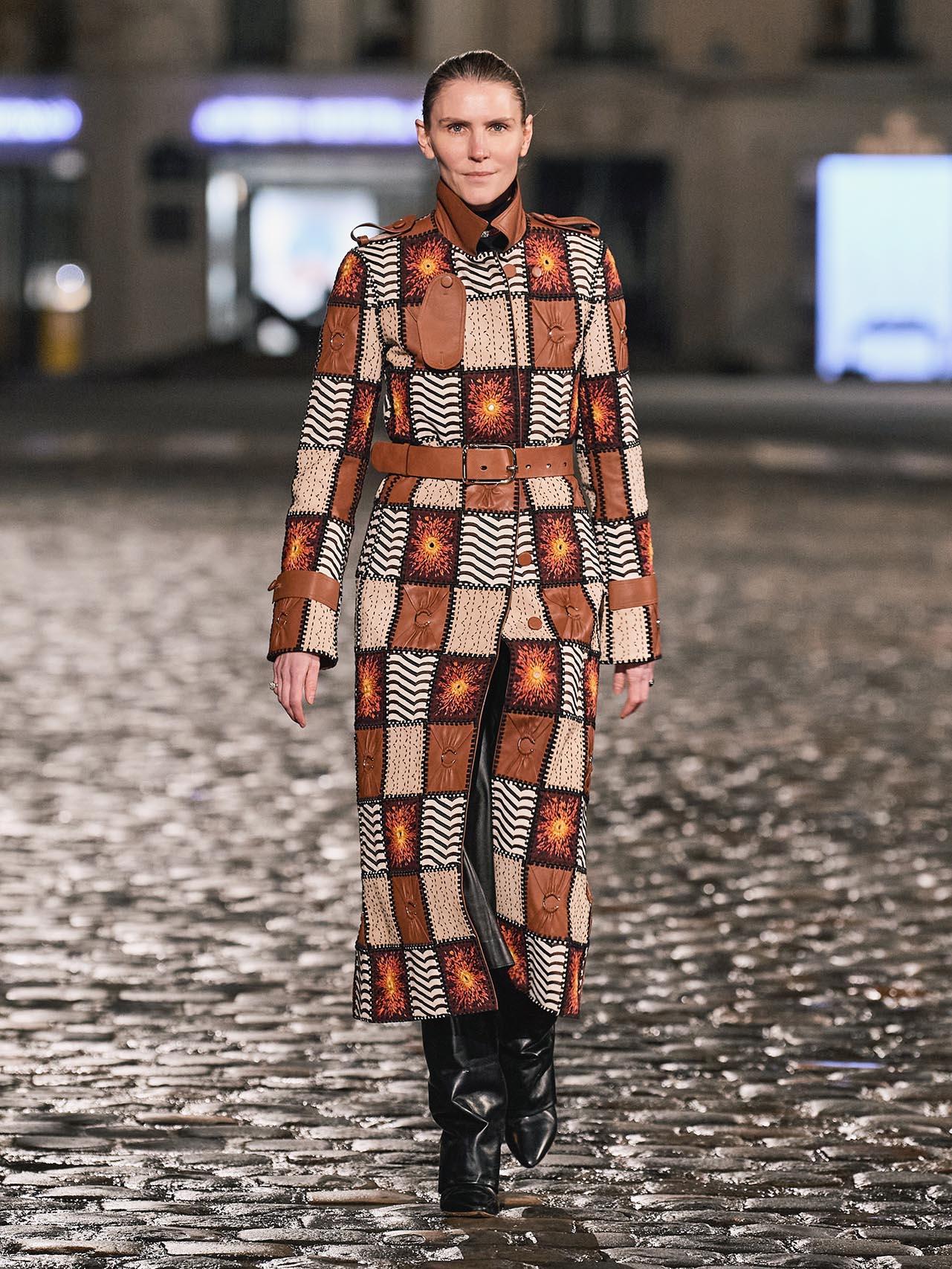 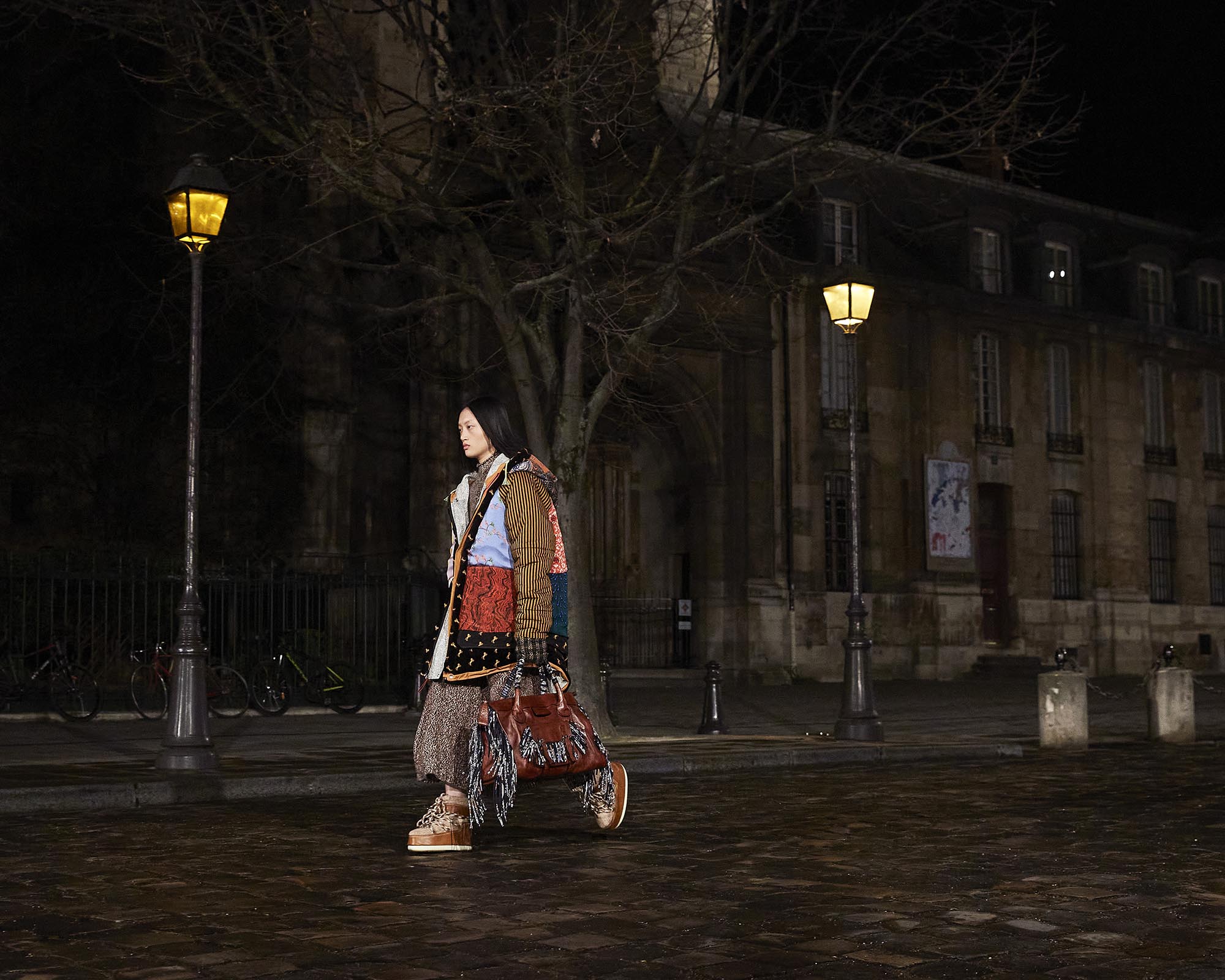 And while the Uruguayan designer’s fingerprint is only just beginning to impress upon the brand’s overall look, Mrs. Hearst is faced with the challenge of deepening her mark while limiting the brand’s footprint. More remains to be seen. Next season. And the season after that. 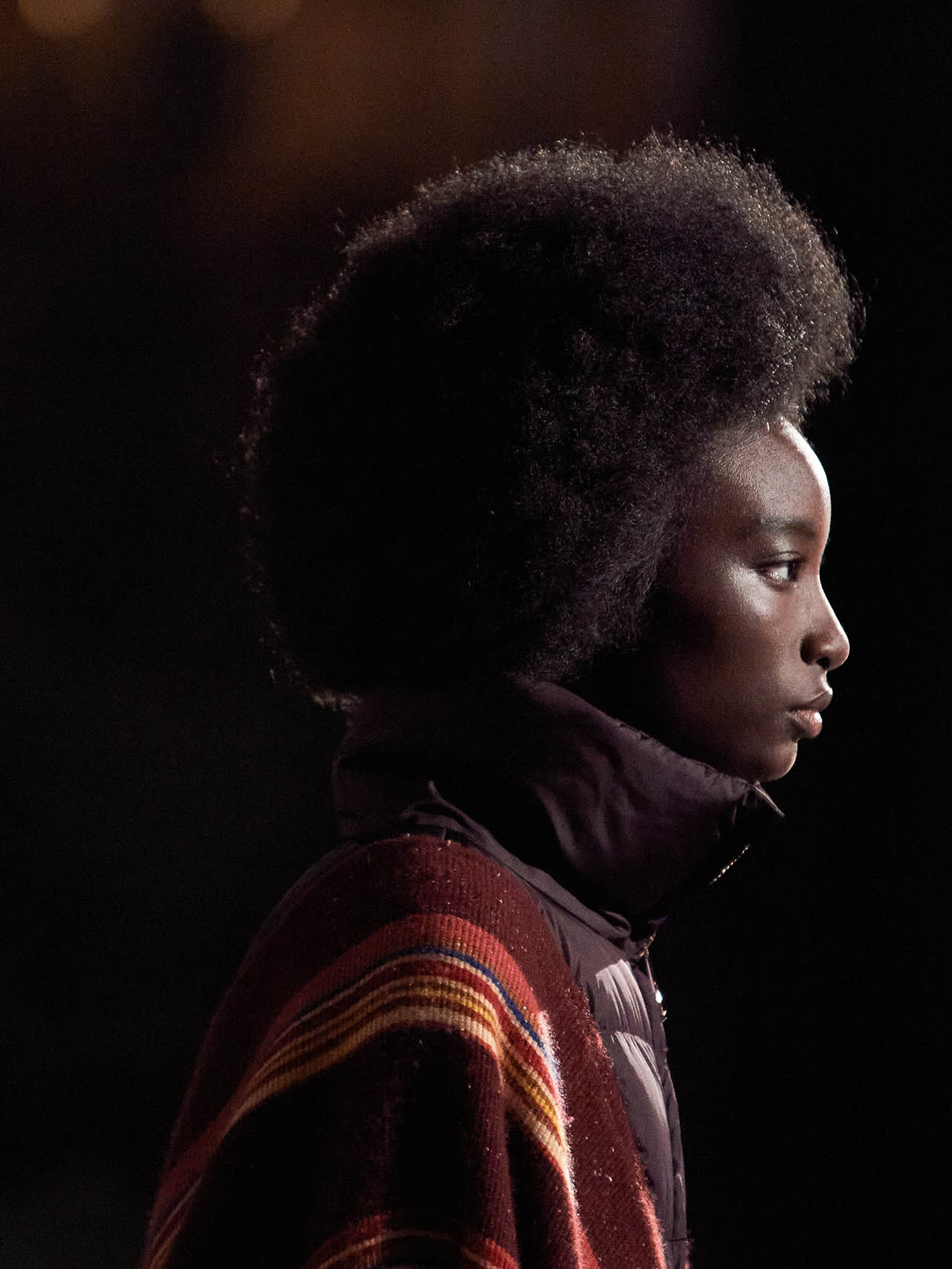 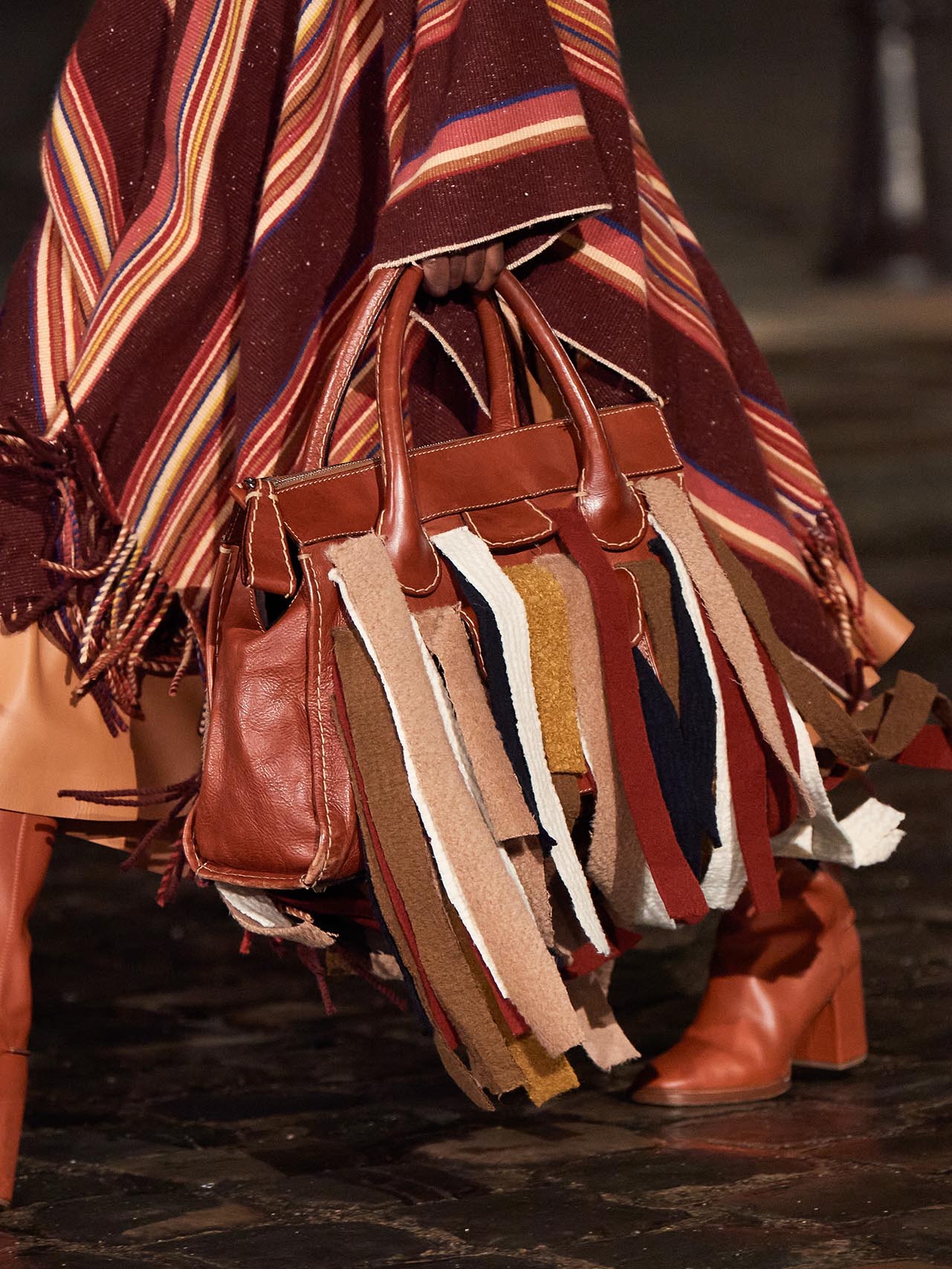 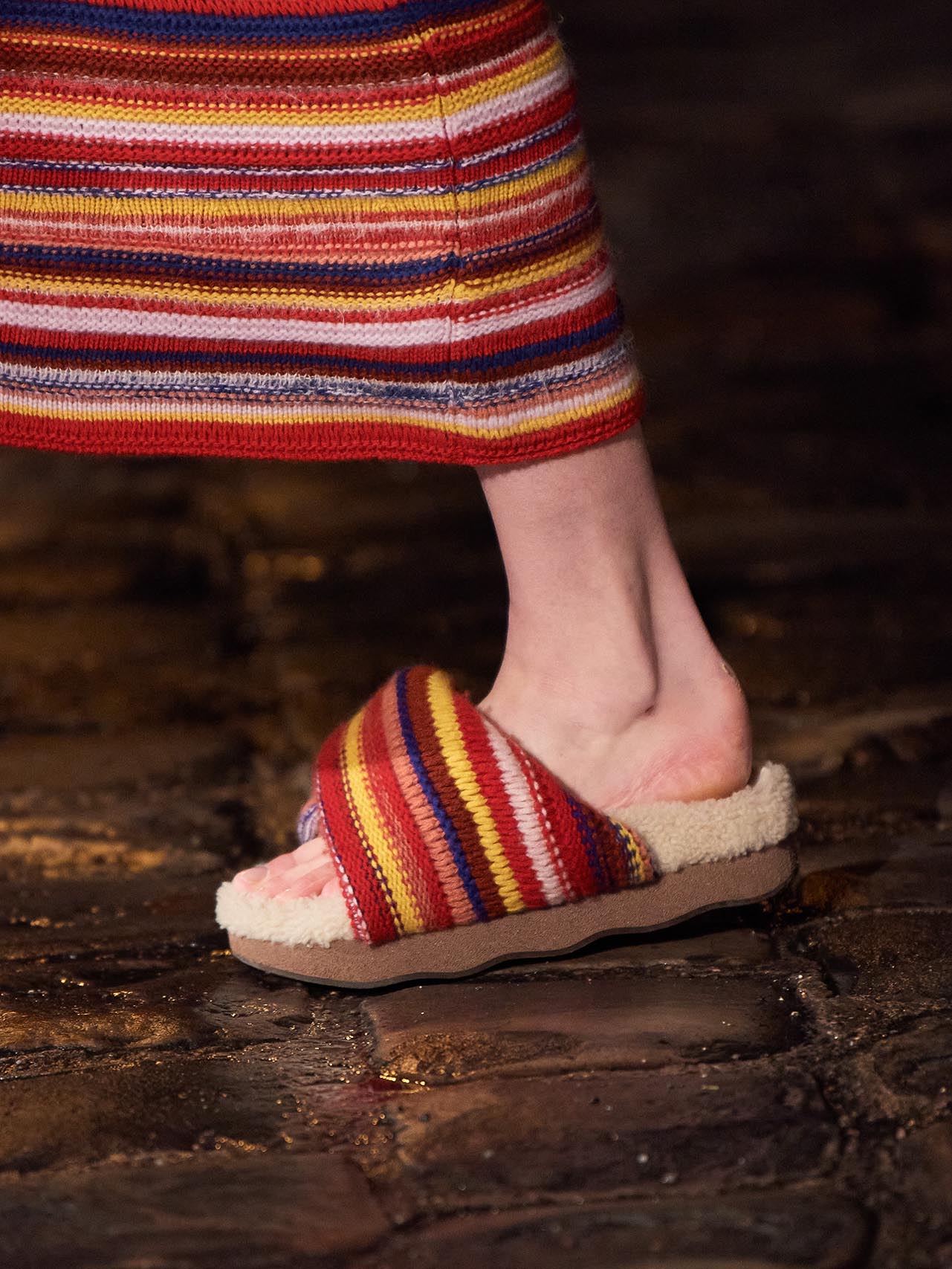 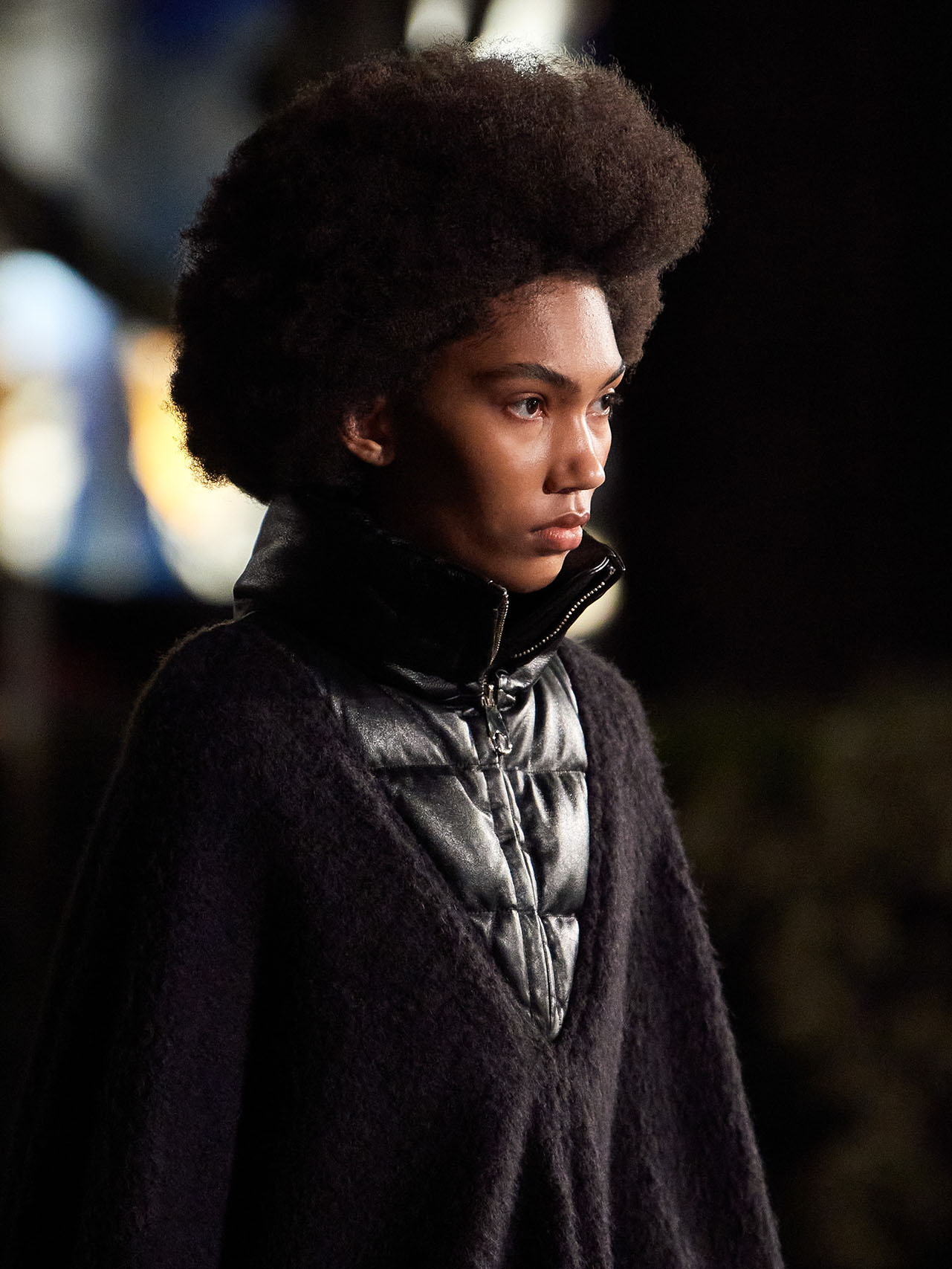 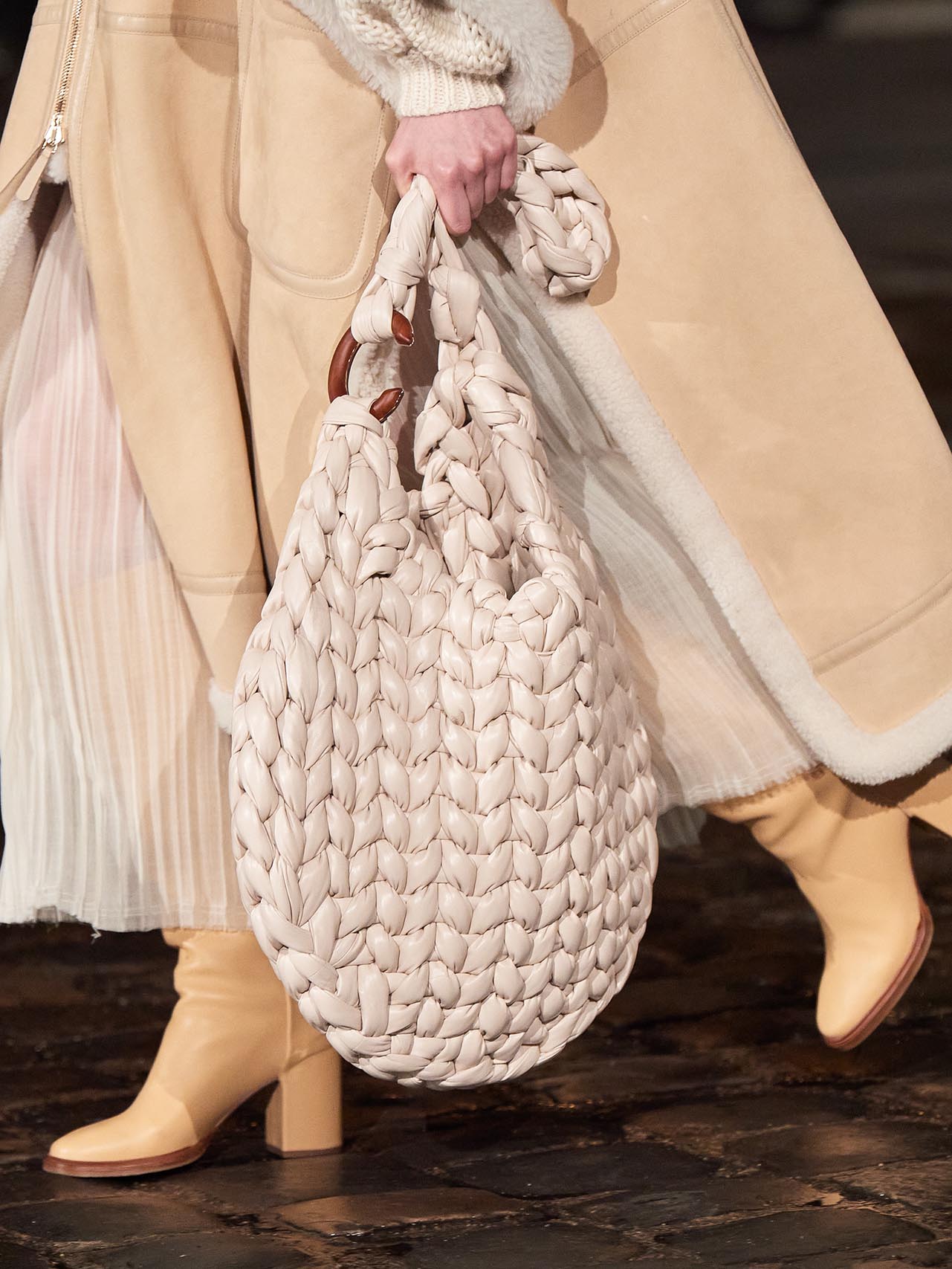 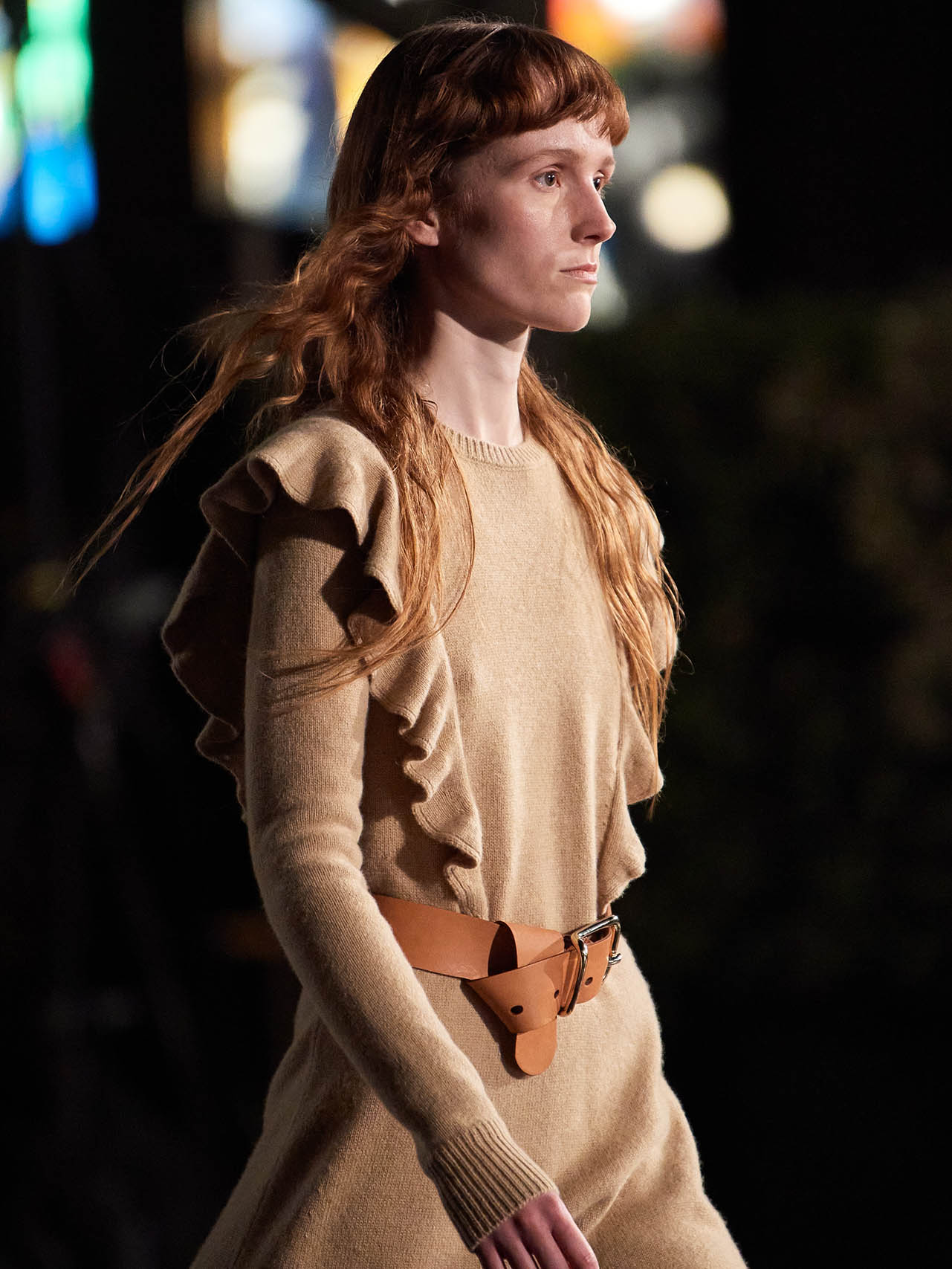