In the stay-at-home age, the French fashion house Louis Vuitton has taken up a new, if temporary, residence in Miami’s Design District to showcase its Spring/Summer 2021 Men’s collection. The show, billed as The Adventures of Zoooom with Friends, features an animated cast of characters who first appeared during Digital Paris Fashion Week (who could have dreamt up such a thing?) in September before touching down in Shanghai and Tokyo. Reintroduced in the form of larger-than-life balloon figures, these inanimate animates have been among the lucky few to enjoy unfettered globe-trotting in 2020. Taking the (fashion) world by storm, they arrived in sprightly red and white shipping containers emblazoned with the famous LV logo. The accompanying type, which reads, “Pont Neuf Ideation & Global Logistics Corporation,” gestures at creative director Virgil Abloh’s well-documented penchant for combining luxury fashion with industrial affectation. 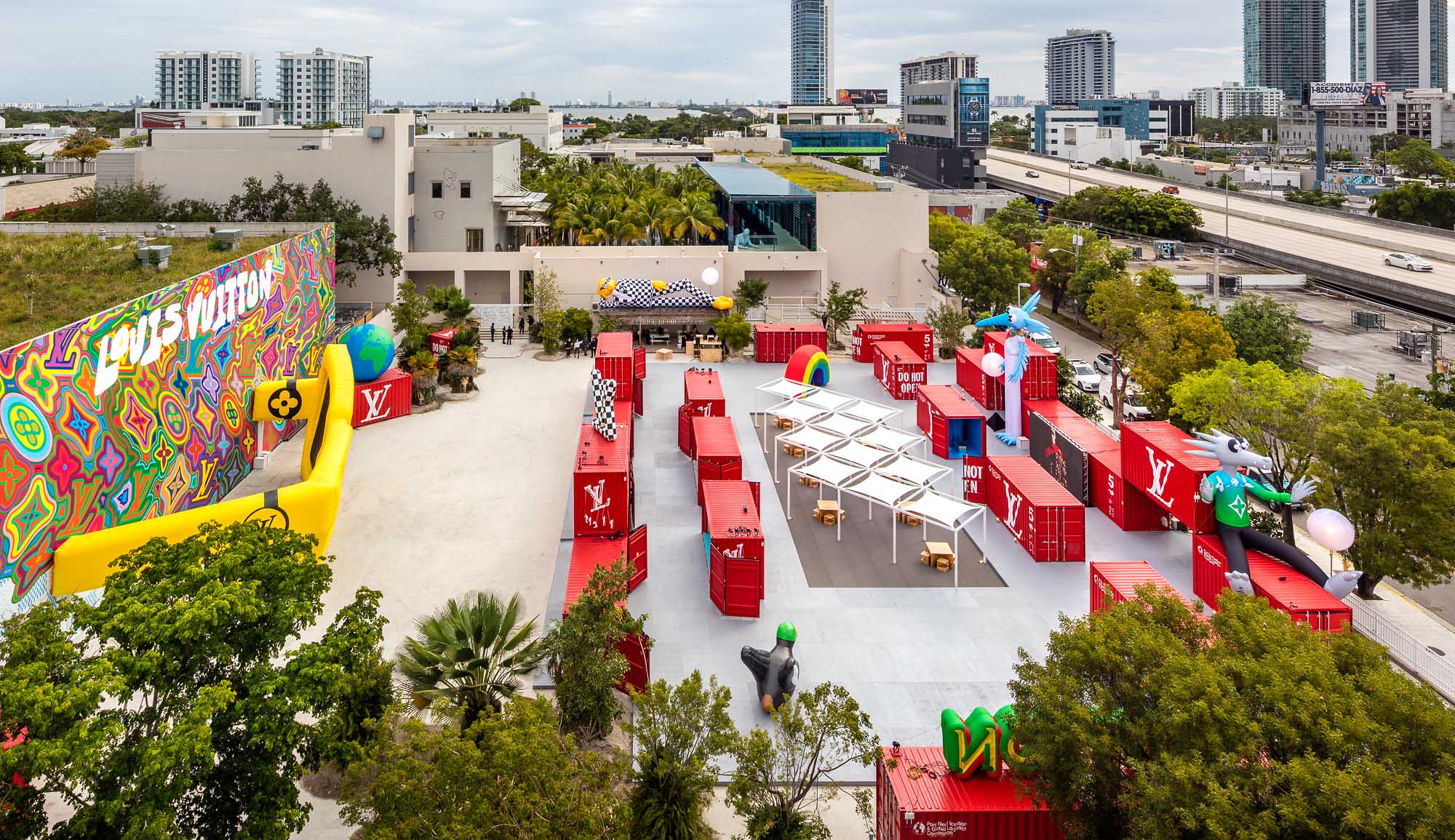 The production is nostalgic for the Old Normal, marked by travel, luxury, and giant cartoonish mascot floats that remind us of social propinquity and togetherness. The world tour is part runway, part P.T. Barnum performance, replete with the accoutrements of modern technology in an experiential fashion show that activates AR, Snapchat, and QR codes that allow visitors to partake in, and take away from, the traveling show in the form of unique sharable content. 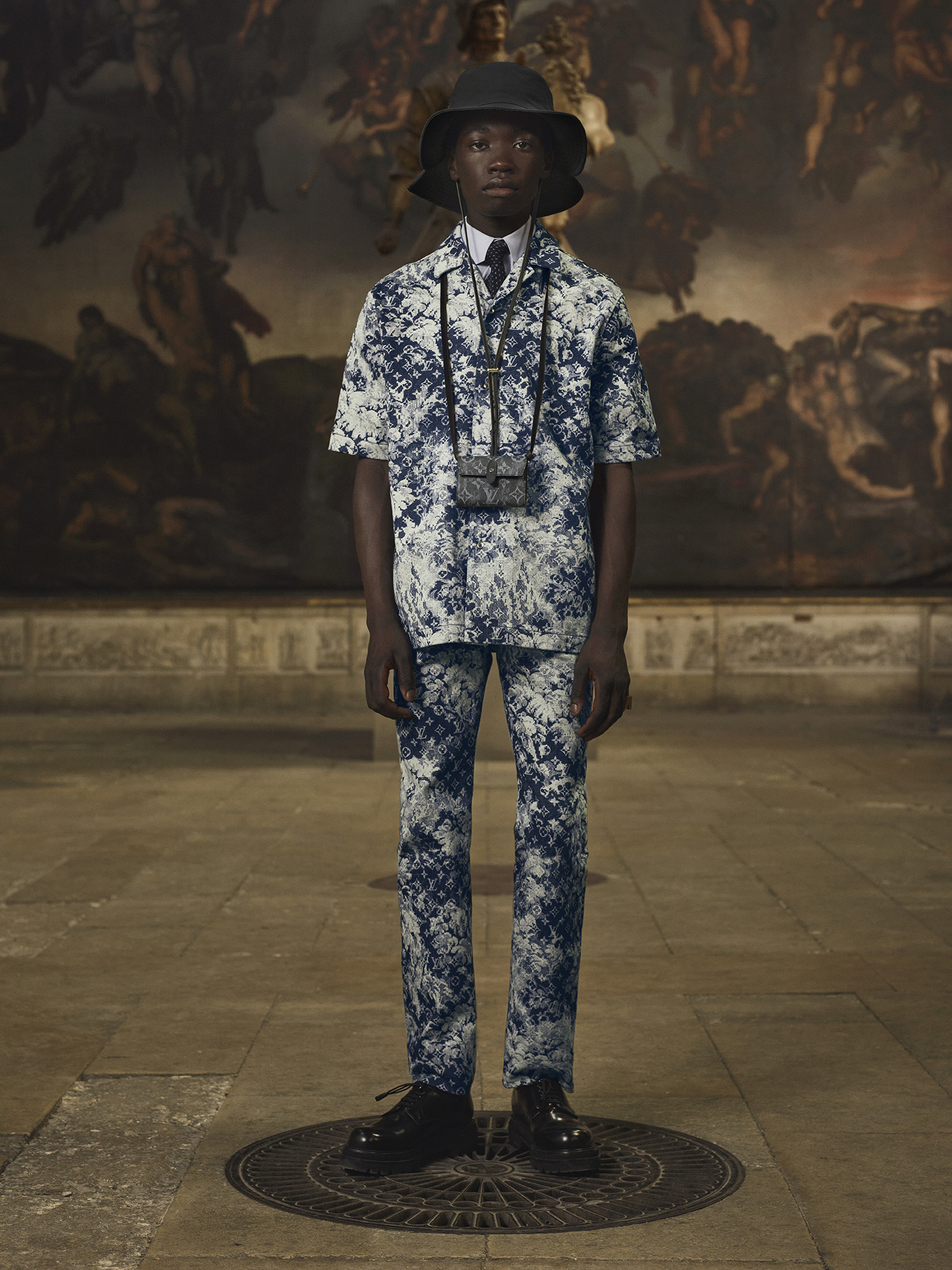 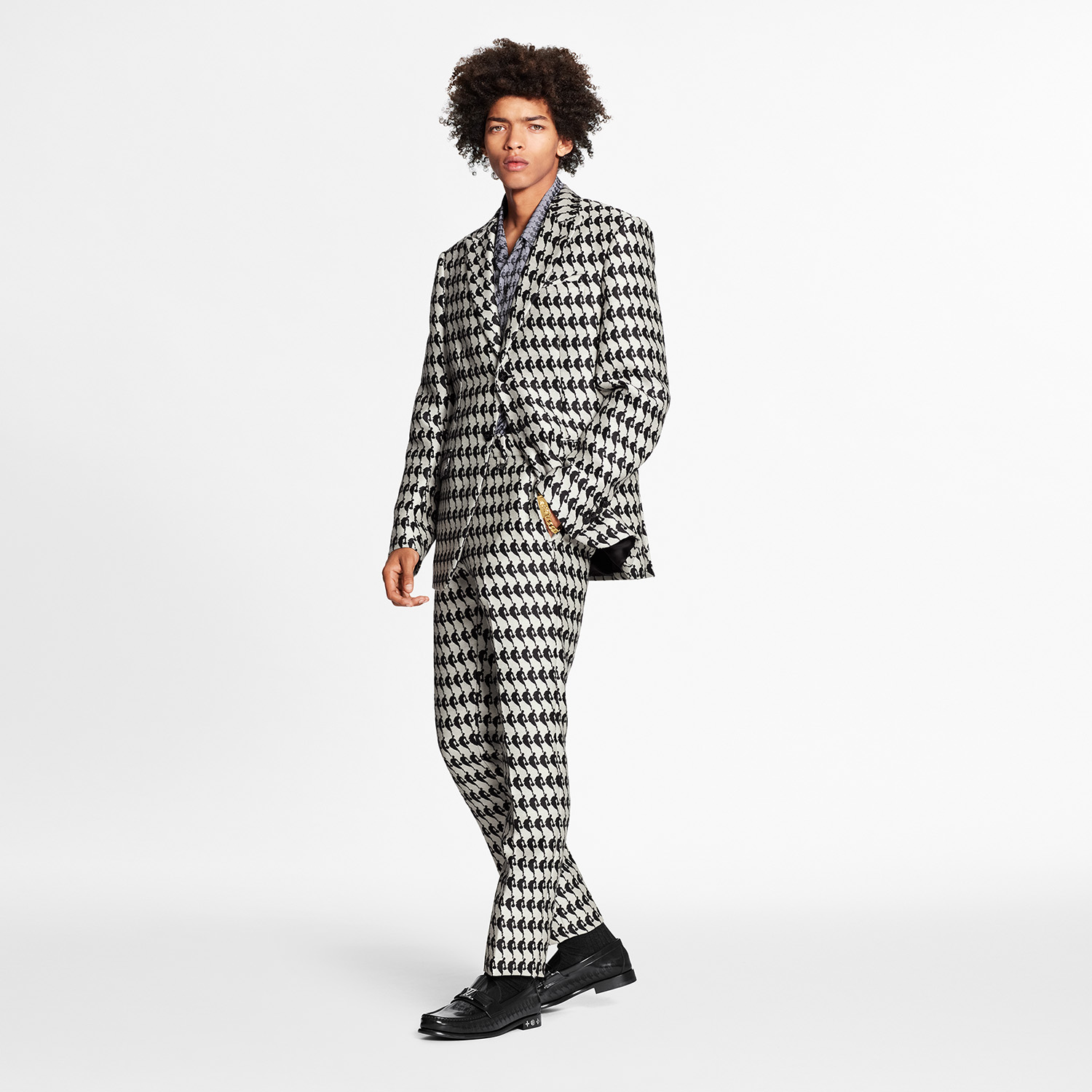 With its latest offering, Louis Vuitton builds on last season’s collection, both in its motifs—asymmetric sunglasses, patterned suits and electric fuchsia trousers—and principles, which focus on “upcycling” in the form of repeated looks and recycled materials from seasons past that have been repurposed to create Spring/Summer 2021. The brand is also moving towards capsule collections, a phenomena increasingly embraced by the high fashion world in an effort to pursue collaborations in the networked world that combines fashion, social media, and radical individualism. These “menswear moments,” are on preview, with a sneak peak into Louis Vuitton LV2, a collection designed by Nigo, who will launch LVxNBA in collaboration with the National Basketball Association, as well as a “performance-inspired technical line” debuting in Miami.’ 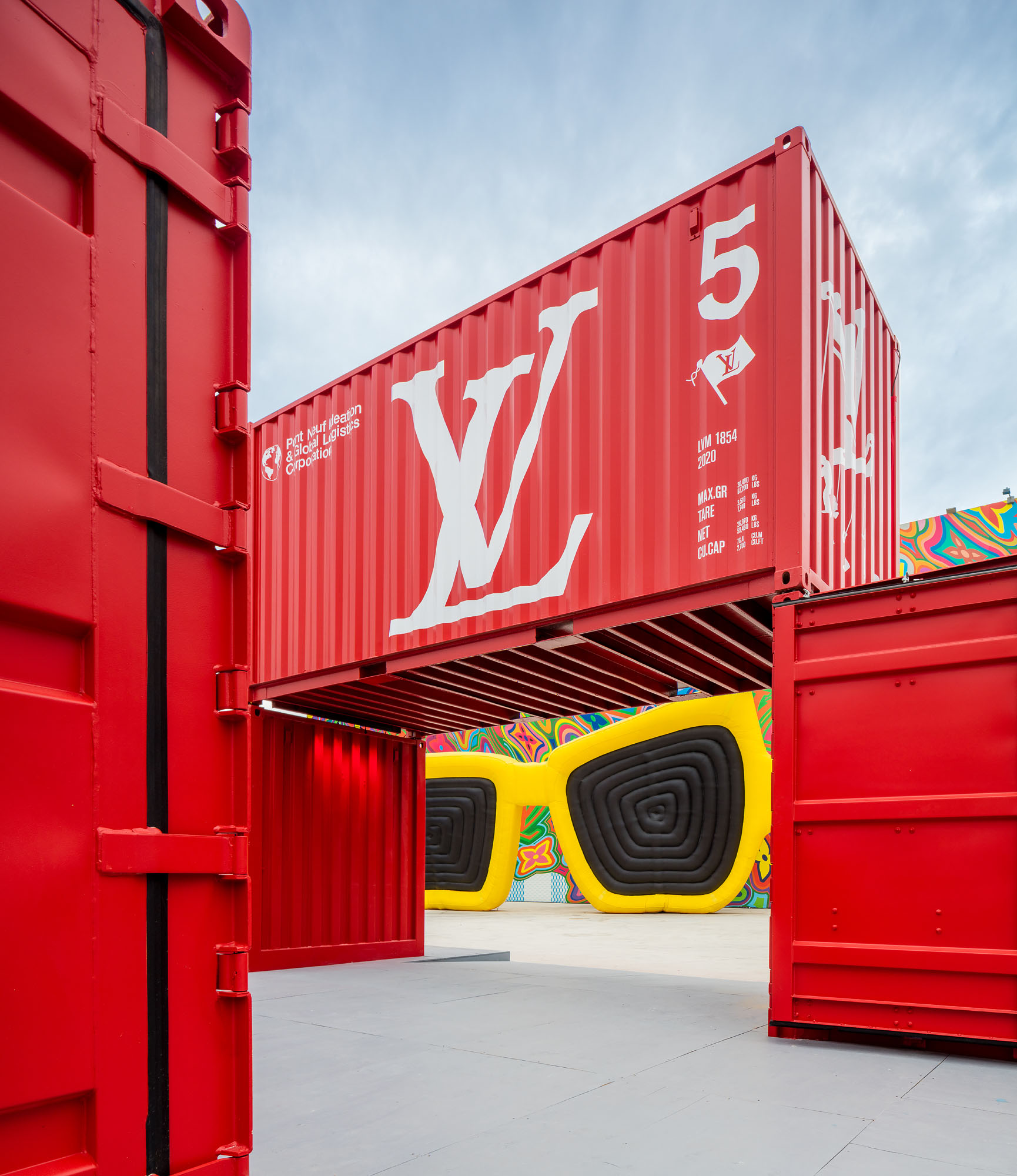 Zoooom with friends will be on display in Miami before traveling to Atlanta, Los Angeles, Las Vegas, and Mexico City in what promises to be an animated approach to fashion activations.