For Dior’s latest collection, creative director Kim Jones has enlisted artist Kenny Scharf to bring a wily impasto touch to the line’s sharp tailoring and fitted silhouettes. The event itself is the latest evolution in the digital fashion show format as brands seek to reshuffle the runway in the age of social distancing. 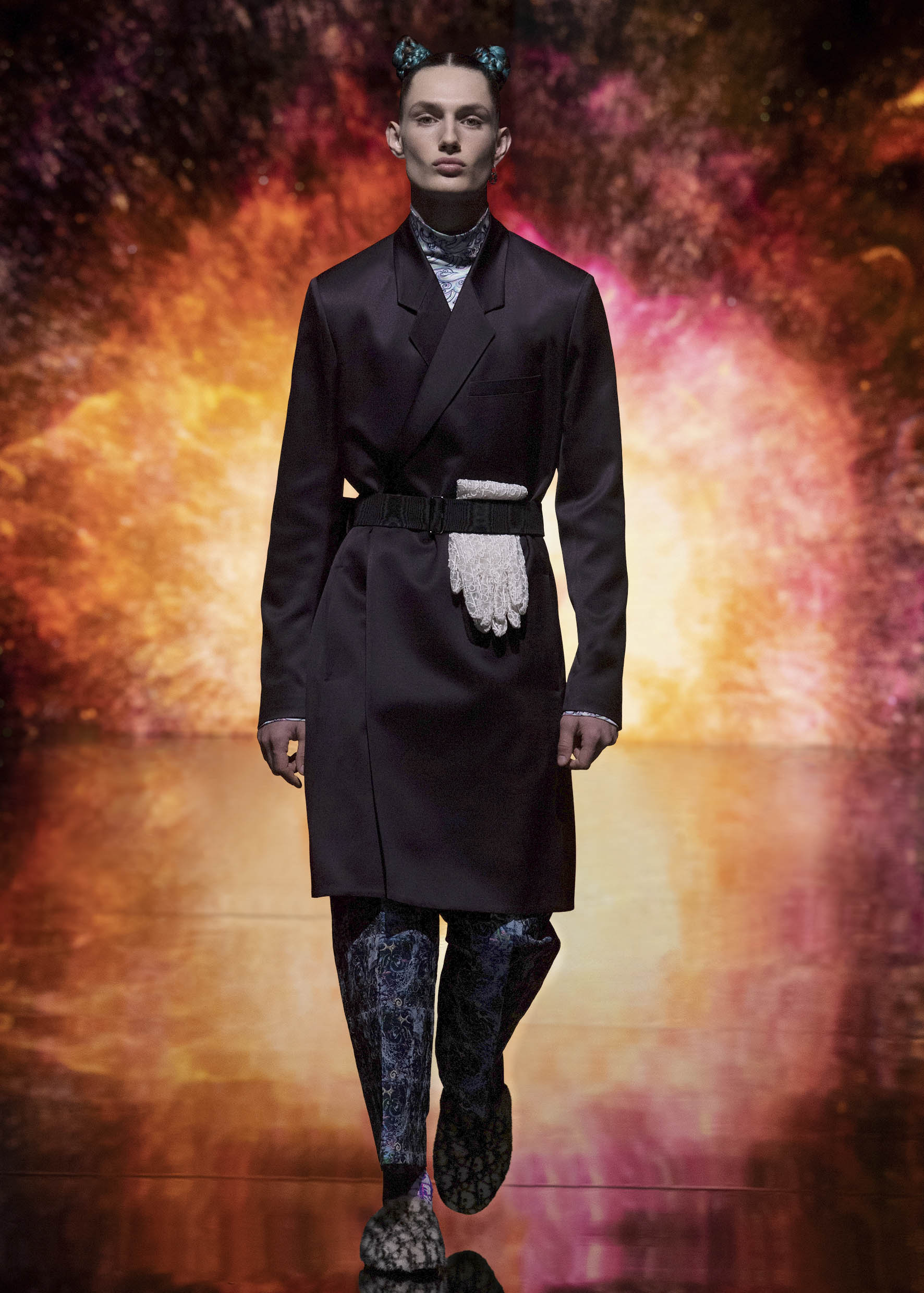 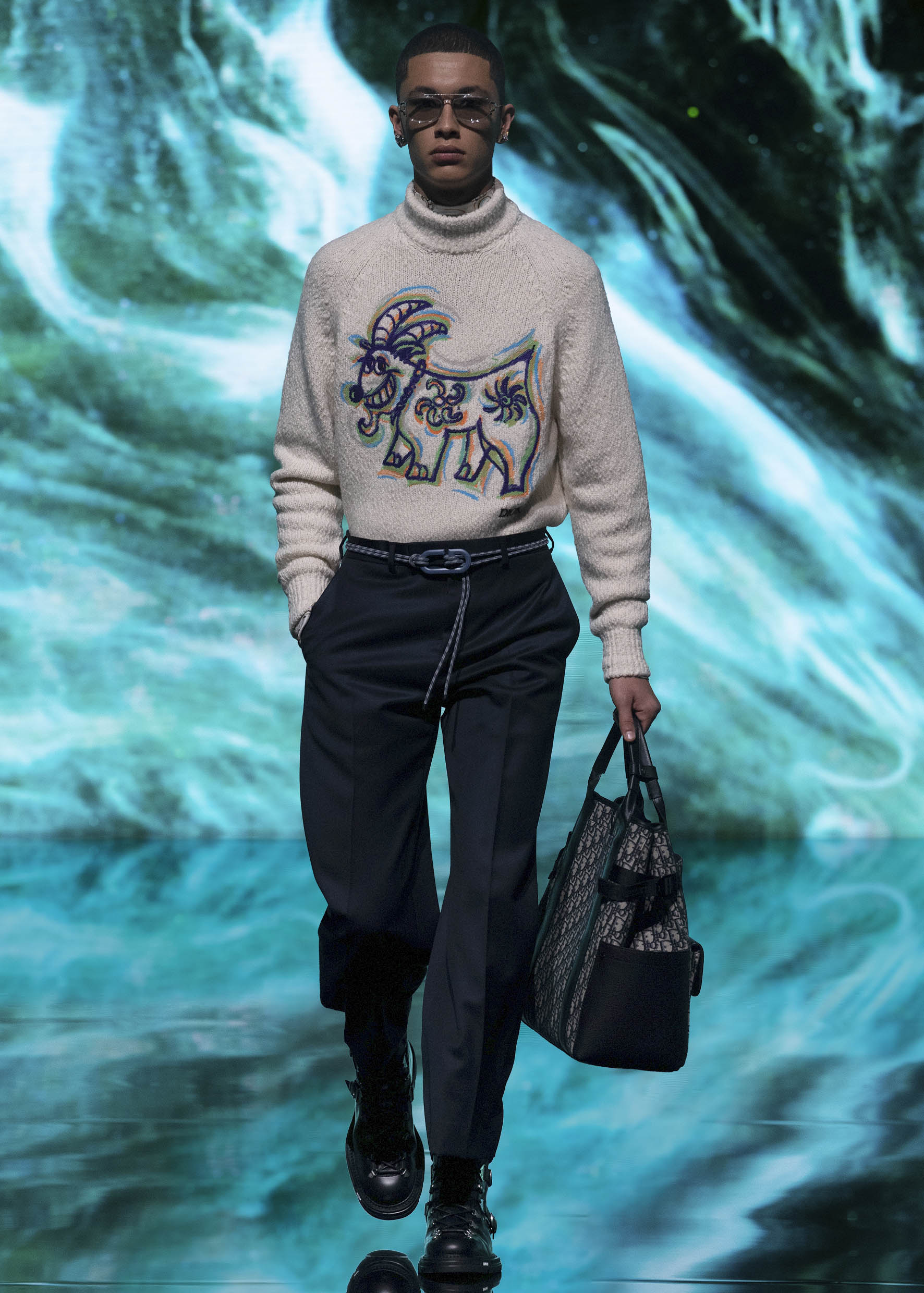 What better way to dive into the unprecedented wave of virtual fashion future than a collaboration with Kenny Scharf, whose vivid paintings are orgiastic renderings of an acid-induced, black humor future. In one painting, Scharf depicts the Jetsons in garish technicolor horror fleeing what appears to be impending off-camera doom. These golden age cartoon characters—prefiguring today’s techno-utopia visions—are scrambling, their word bubbles occupied by the democratic language of internet parlance. “OMG!” George Jetson’s cries. “WTF?” exclaims Jane, his wife. There’s only one survivor in this satirical illustration; their daughter Judy, perhaps the apocalypse’s only escapee, ejects in a simple space-age pod with a bursting exhaust pipe that reads: “Zoom.”

This season’s collection is a series of layered looks in earthy tones. Tight fits and waists snatched by belts, worn with combat boots, give the impression of a uniform. The show is itself cinematic in execution, with male models strutting down a black runway with projected backdrops that include celestial scenes straight out of a Terrance Malick film. They appear to be quite literally emerging from the Big Bang as fashion scrambles into its next evolution. 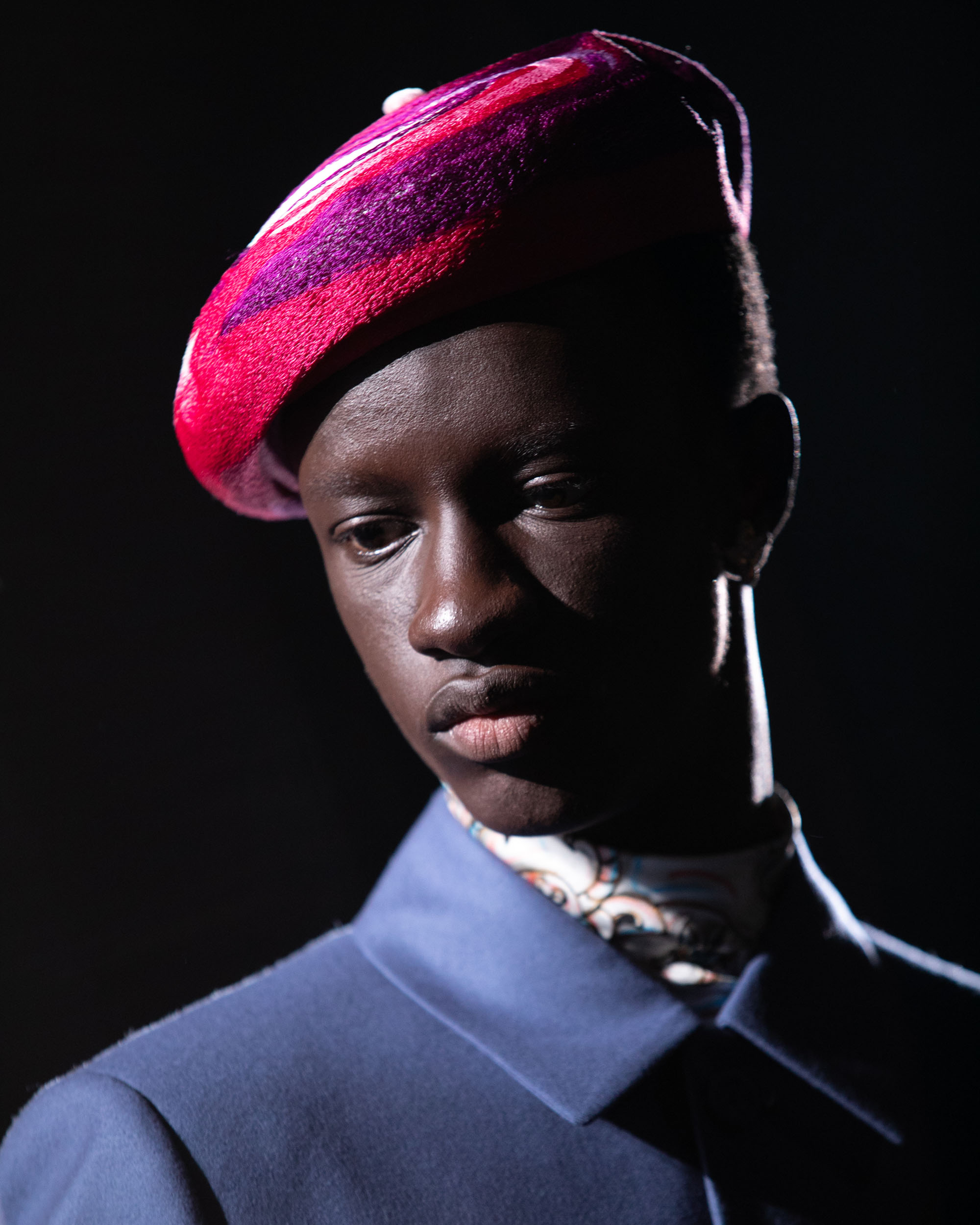 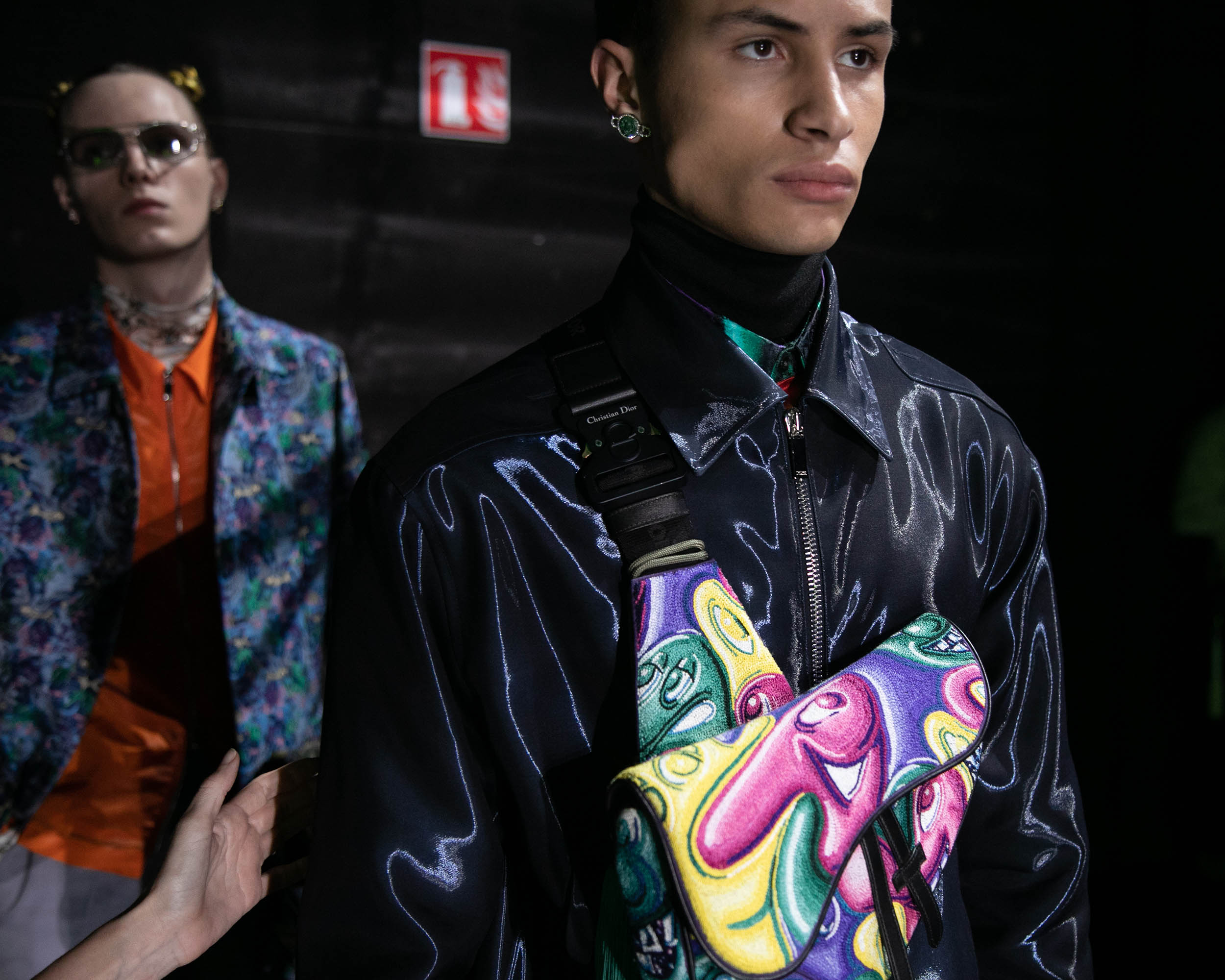 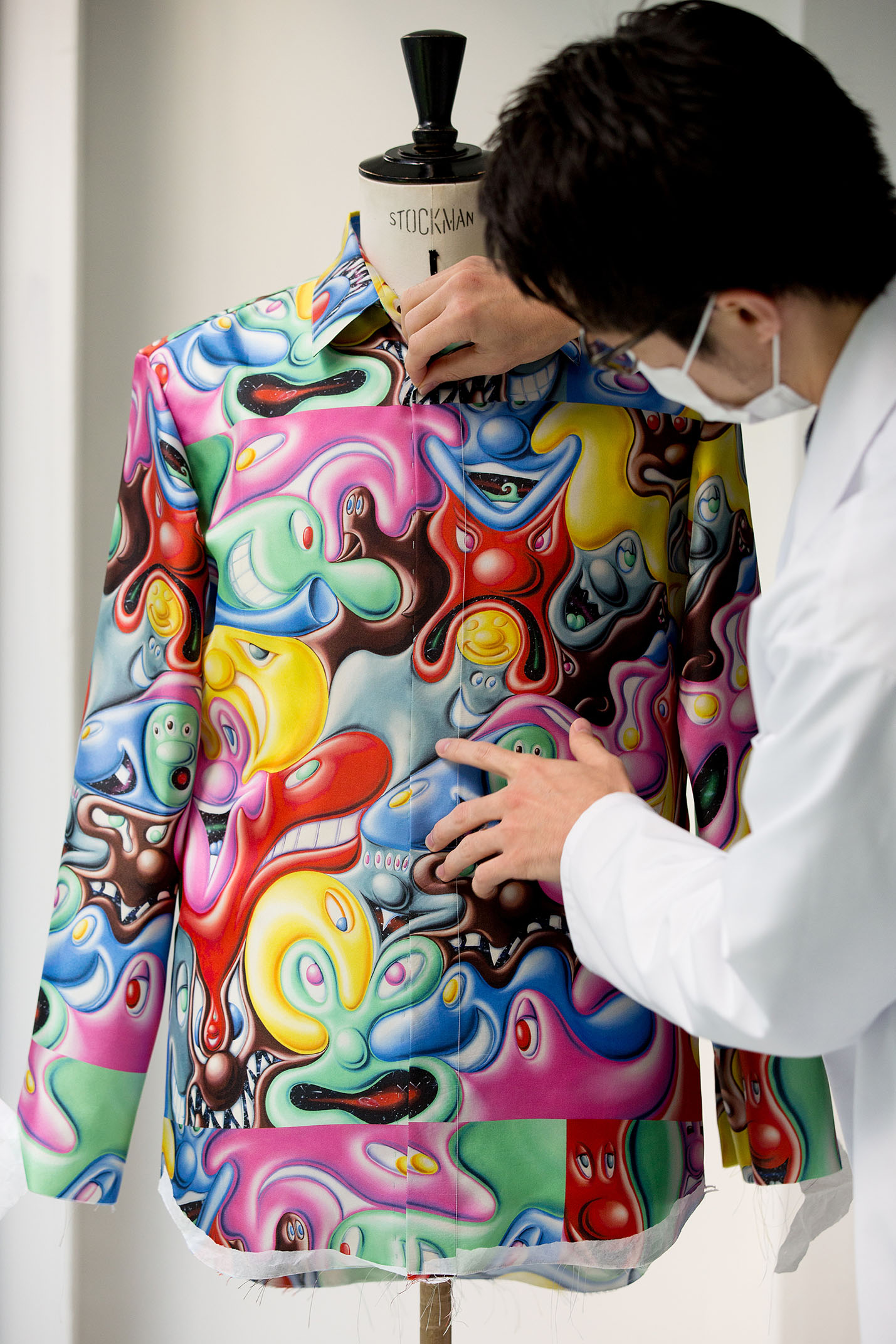