On her latest album, ‘Blink A Few Times To Clear Your Eyes’, Aimée Portioli fuses electronic and acoustic instruments perfectly suited for Fall

Music can color a season, and vice versa. Aimée Portioli’s new album as Grand River, ‘Blink A Few Times To Clear Your Eyes’, was meant to be released in spring, but thanks to pandemic-related delays it has only emerged as fall unfurls across the Northern Hemisphere. The artist herself agrees her latest LP is better suited to drawn-in nights and overcast days. The overarching mood stands in contrast to Portioli’s debut album, ‘Pineapple’, which came out in 2018 with a noticeably sunnier disposition.

“It’s also about the moment when an album is made,” the Dutch-Italian composer and producer tells me from her home in Berlin. “I made ‘Pineapple’ in the summer period, while ‘Blink A Few Times To Clear Your Eyes’ I made towards the winter.

“My approach this time was more experimental. I included acoustic instruments, and I was not playing them in a traditional way, but more manipulating them. As people and artists, we have new experiences every day—bad or positive or amazing or sad things, and all these things change us all the time. So I think music has to change with us.”

‘Pineapple’ was a purely electronic record that dealt in cascading flurries of electric piano and synthesized organ sounds. With a background in classical composition and work for radio, television, and film, Portioli has built up a modest but meaningful body of work over the last three years as Grand River, particularly via Donato Dozzy and Neel’s Spazio Disponibile label. That connection might suggest a techno quality to her work, but her largely beatless productions occupy a more experimental space with little relation to dancefloor dynamics. It’s a quality that has helped her perform a slither of live shows at a time when gigs are something of a rarity for musicians. 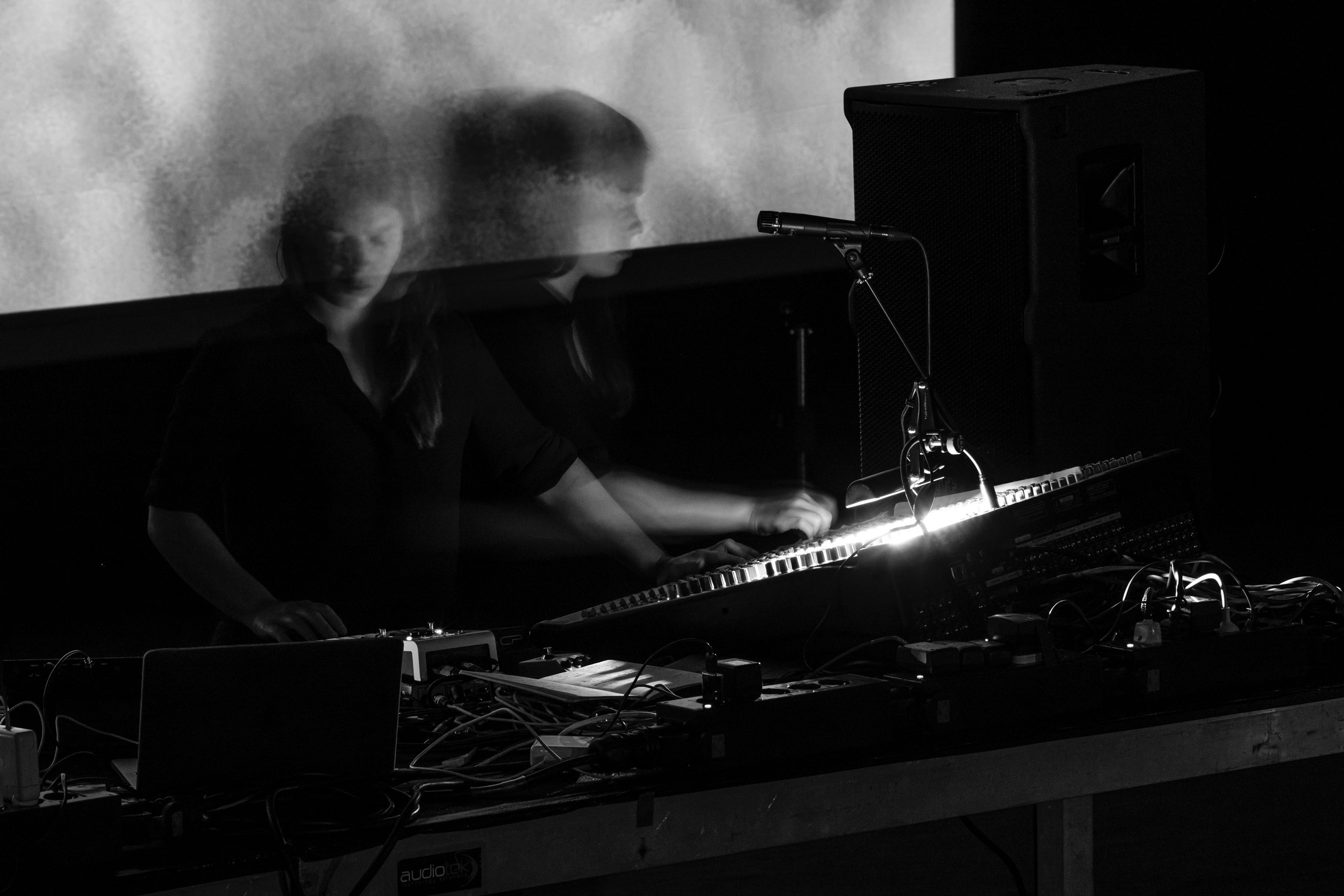 “I actually had three gigs in September and October. All my friends were like, ‘How is it possible that you had some gigs?’ I’m kind of lucky that in this situation, I’m not playing club music. Before [the COVID pandemic], when I played, people used to sit down, or lie down. And that’s a situation I’ve been seeing now at these last gigs. People were just sitting in a theater, separated one from another.”

As a poly-instrumentalist, Portioli is as likely to sit at her piano or pick up a guitar as she is to sequence a synthesizer. Even in her purest electronic productions, a classical sensibility informs the movement of the music. That can be felt explicitly on the opening track from ‘Blink A Few Times To Clear Your Eyes,’ “Side Lengths.” Created using one of her favorite synths, the Yamaha DX7, the loping notes have a plucked string quality that could easily be mistaken for an acoustic instrument, at least until the song crescendos in a swirling formation of rapid notes that could only come from a machine-powered process.

“It’s funny, because some people that don’t have any knowledge about synthesizers were like, ‘Ah, that track with the guitar…’ When I made [‘Side Lengths’], I never thought about it much, but maybe this is my love for acoustic instruments. When I hear a sound that reminds me of something acoustic, I feel more emotionally attached to it.”

The plaintive melodic slant of “Side Lengths” is perhaps the closest Portioli comes to the delicate musicality of ‘Pineapple’ on her new record. Overall, the sonic palette is more varied this time around, especially on the electro-acoustic sound design piece “Equations For A Falling Body.” Here, she manipulates field recordings and returns to an instrument of her past—the cello—to create, as she puts it, “a scenery.” 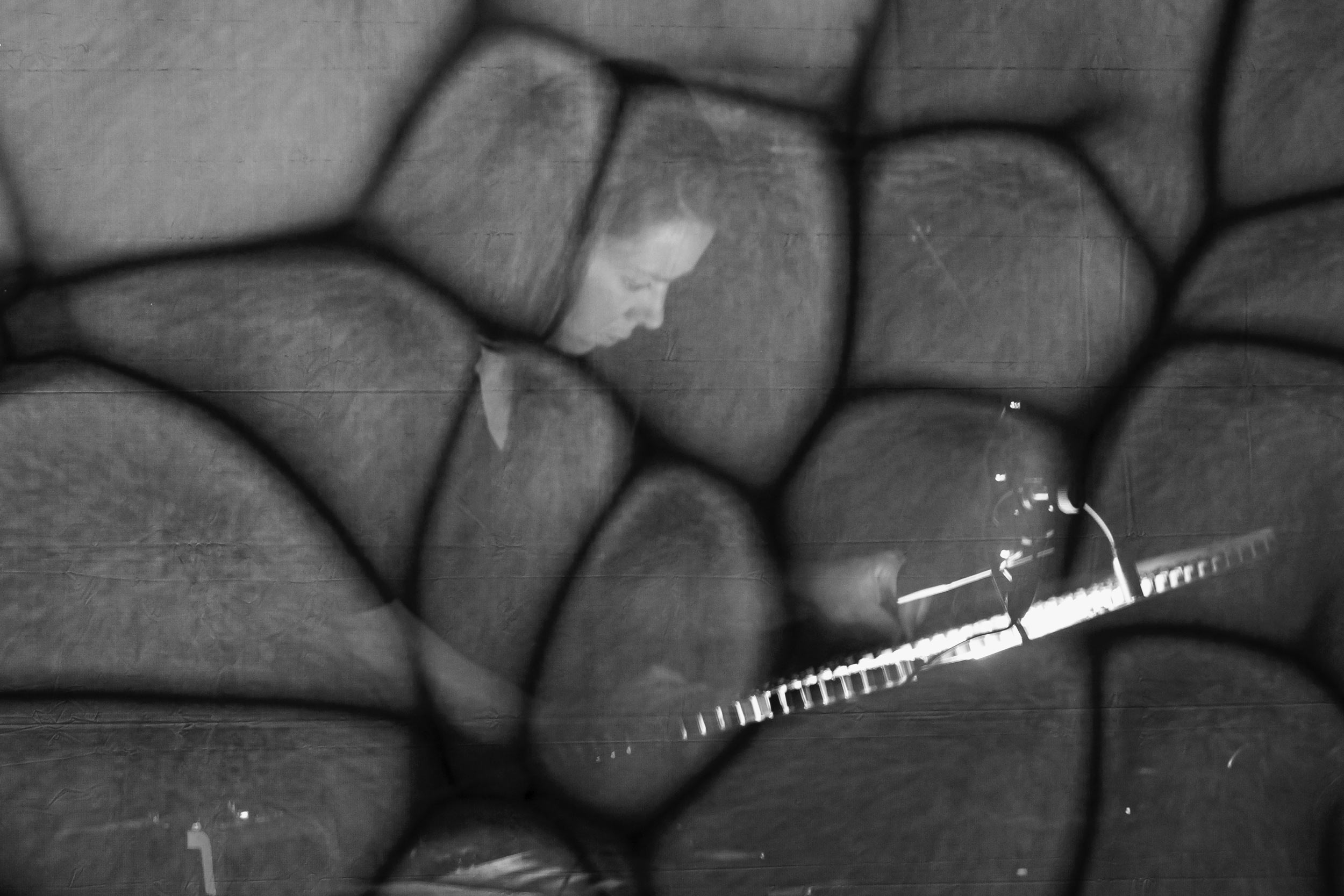 Her attitude to concept may be flexible enough to allow room for sonic research and experimentation, but Portioli stresses the importance of emotion in everything she creates.

“When I compose music, I have to feel the emotion behind what I’m making,” she explains. “If I start to play an instrument, until I feel the emotion behind it, I cannot hit ‘record’ or continue to work on it. But the concept is definitely important, because I can shape this emotional journey within a concept. It’s nice to have a box you want to explore. So my box for this was making something different from ‘Pineapple’ with electronic and acoustic instruments.

“I would not just go to the studio like, ‘Let’s play whatever.’ It can work, but you can also get pretty lost if you do that, especially if you have many instruments. This is also why I really like the One Instrument concept, because sometimes it’s nice to set some rules before working.”

One Instrument is Portioli’s label, founded in 2016, which operates to a clear creative brief anyone is free to access and interpret. As the name suggests, the primary objective is to explore the potential within one specific instrument. Artists are prohibited from using effects (other than reverb and compression), but are free to edit and layer sounds from the instrument any way they see fit. One Instrument was initially founded as a creative concept, but soon gathered steam as a label and has since carried work from Dozzy, Neel, Fahmi Mursyid, and others. The idea came in response to Portioli’s own studio practice, where she found herself switching between different instruments too quickly. Now, the One Instrument philosophy informs her approach even when she’s purposefully working with a multitude of sound sources.

“Even though my tracks have quite a lot of arrangements and sounds, I start in the way I would start to work on a One Instrument track. I really sit with one instrument until I find something that is nice to continue to work on. If you start to work like this, that instrument usually becomes the most important part—the protagonist of the track.”

Throughout our conversation, Portioli oscillates between the idea of limitations and artistic liberty, keeping possibilities open while recognizing the value of constraints as something to push against in the creative process. While her profile and associations position her on the experimental fringes of the techno scene, she’s happier to remain independent of drum-fixated club tracks and explore the more ambiguous terrain of ambient music.

“It’s easier for me to exclude beats,” she says. “Working with beats, I sometimes feel that I put myself in a cage that I have to create something in. Working in an experimental, ambient area gives me more freedom, and I really like that freedom.” 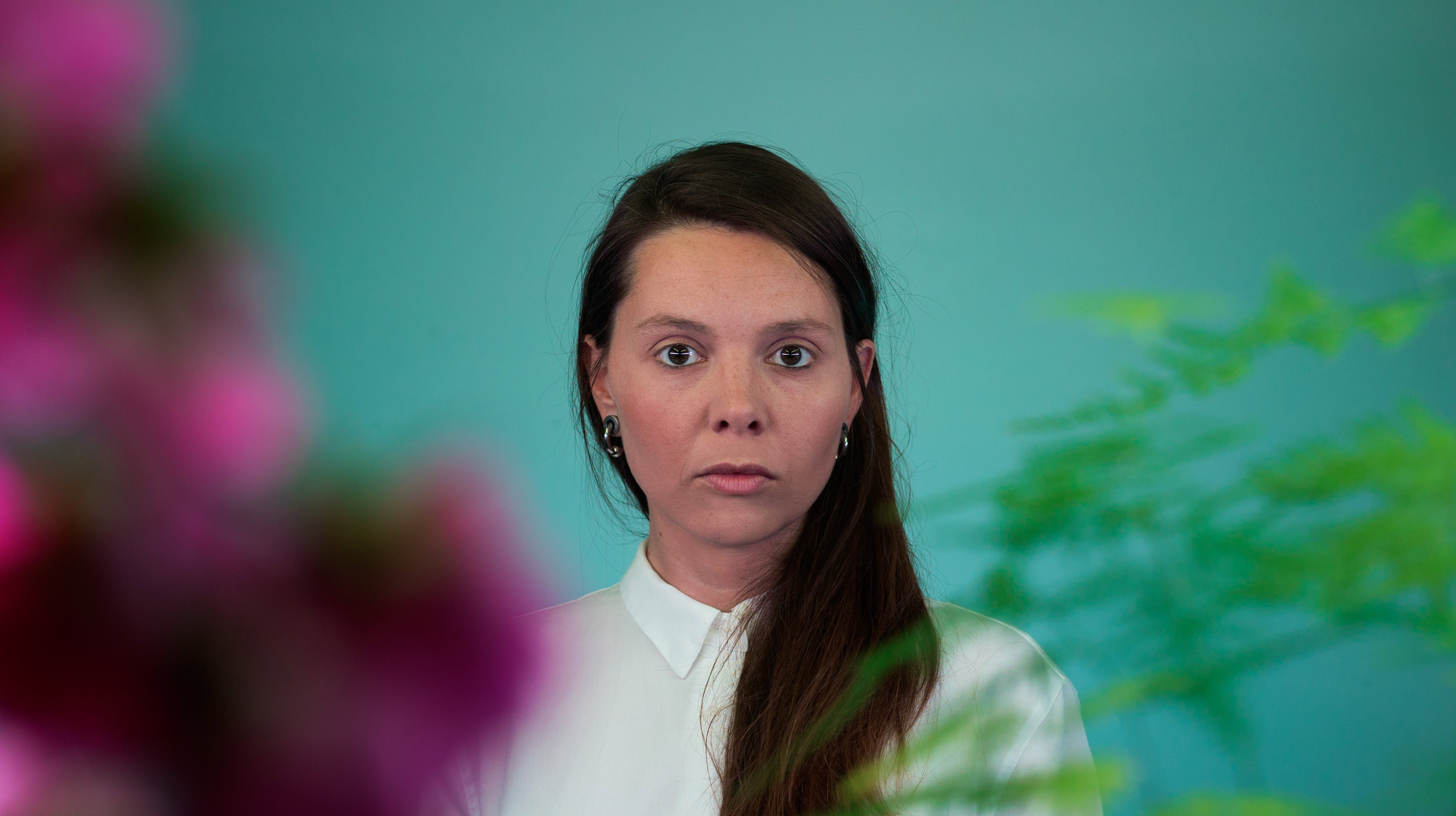