The Great Sadness’s new album, Thievin, is a big, loud blast of rawk with sludge and muddy feedback poured over it ‘til it smells like a swamp. You can hear brontosaur predecessors like Zeppelin and Sabbath and Mudhoney trundling and churning down there in the murk. But there’s also a feral velociraptor evolutionary imperative in songs like “Slap,” which picks up the pace to a hardcore thrash, while the feedback skitters off to become its own electronic noise rasp. It’s like someone has set a large land mammal on fire. The sound is stoner rock, mutated.

Behind this lumpy combo of old weird and new weird are the multigenerational duo of Cathy Cooper (59) and Stephen McNeely (30). Cooper is mostly known as a clothing designer and artist. She’s done costuming and wardrobe for LA Philharmonic operas like Ravel’s Bolero. She’s also worked on music videos, including Modest Mouse’s 2009 “Dashboard,” with its apocalyptic, fringed, fishy dancers, and Weird Al’s “White and Nerdy.” (“That was a fun job!” she enthuses.)

Cooper also sings and plays guitar, though, and when she met McNeely while designing costumes for his older sister’s dance project, she convinced him to meet up and start jamming with her. McNeely was mostly an electronic musician making hip hop tracks on his laptop, but Cooper asked him to play drums. “I was like…oh, okay,” McNeely says. They released their first album, Weep, in 2017. 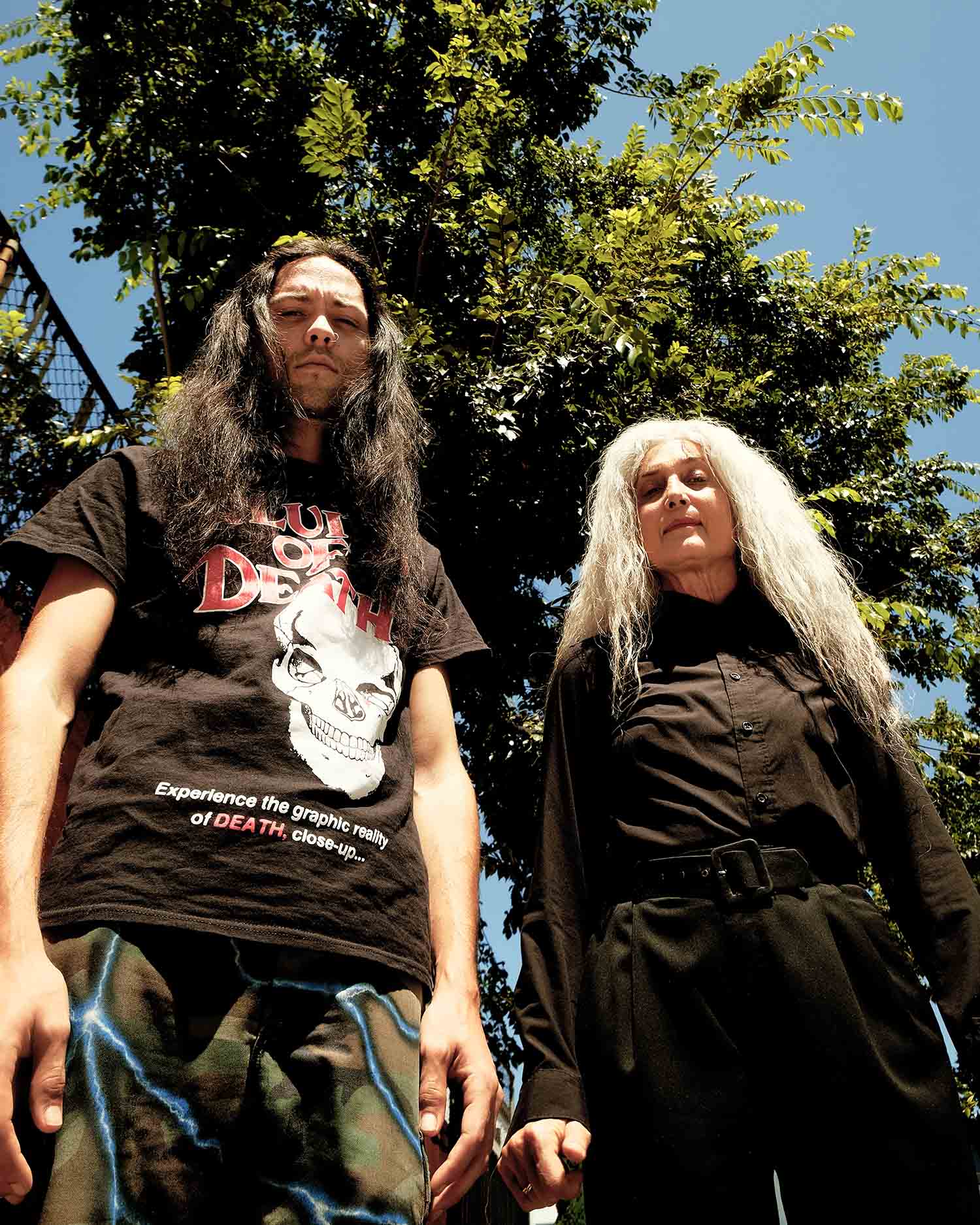 “Making is making,” Cooper tells me. “So, you know, if stuff comes out in costume, great. If it comes out in music, awesome. I don’t keep anything in separate boxes.”

McNeely turned out to have a real flair for heavy primal drumming. On the title track “Thievin” he lays down an itchy, jazzy beat that still manages to sound like raw stone tools scratching across skin, while Cooper howls like a witch with Robert Plant trying to crawl out of her throat. Speaking with me over Skype, they’re both obviously thrilled with the direction their collaboration has taken. “Who wants to hang out with people all the same age and, you know, the same background?” Cooper asks.

McNeely says that when he first started collaborating with Cooper he felt like he should also be in a band with younger people. “But what I’ve learned from being in a project with Cathy, and then being in projects with other guys my age, is that the way me and Cathy work is just a lot easier,” he says. “Most young people are probably ignorant if they think that working with an older musician is a waste of time, because it’s absolutely not. It’s absolutely vital.” 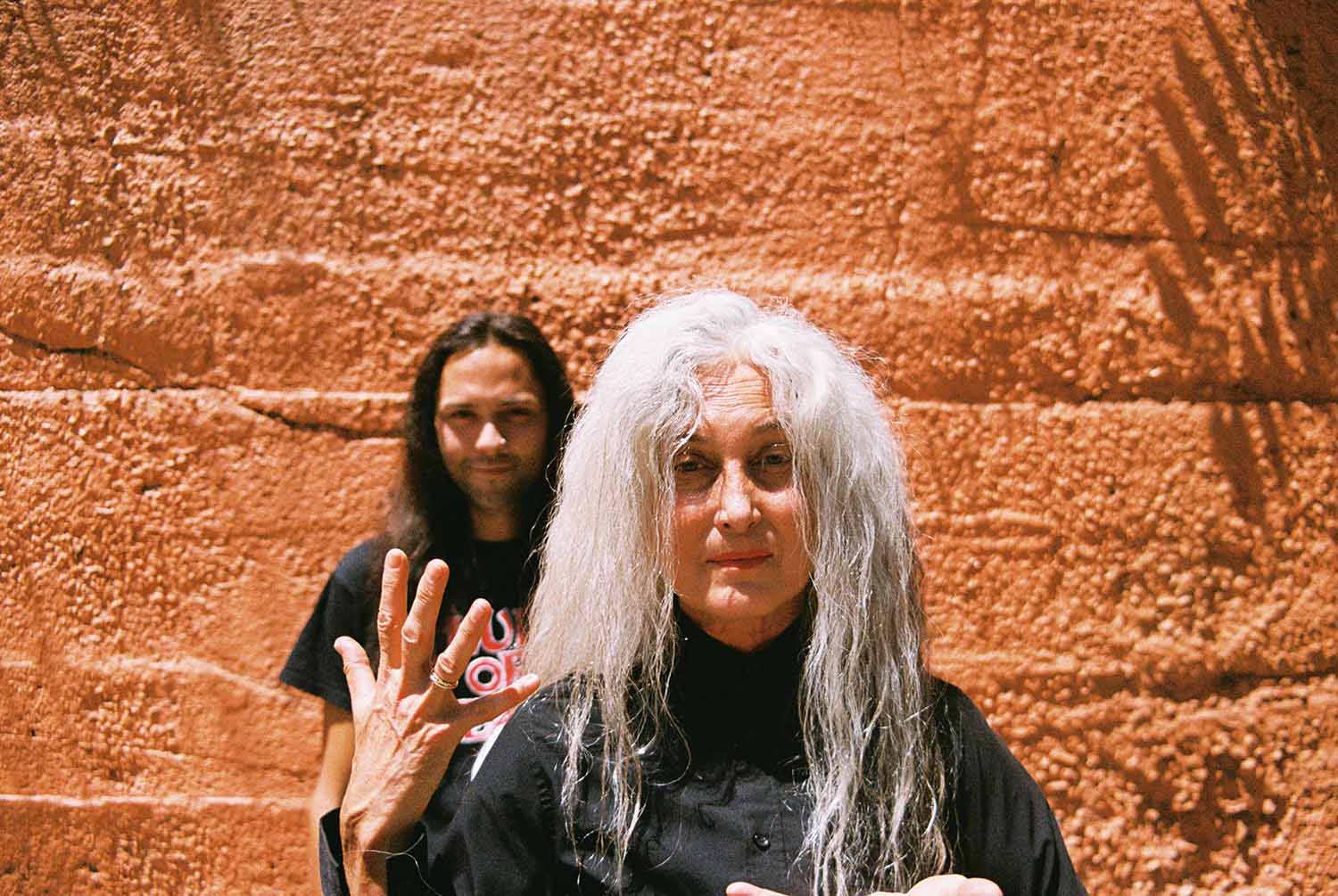 On Skype Cathy pumps her fist and nods her head so her long silver hair whips around, while McNeely praises her. Her cracked humor and energy oozes out of every track on Thievin, from the bad-ass blues riff on “Demons” (McNeeley’s one vocal lead) to the multi-tracked echoing shrieks of “Speak Up” on the song of that name, where her ferocity comes through even though she’s buried at the very bottom of the murky mix. On “Shot While Shitting” she channels her neighbors’ drunken arguments into a bellow of profane melodrama. “What you know about this suffering?!/I don’t give a fuck about your pain!/What about me? What about me?” she cries as profound emotions writhe and pound, tongue in cheek.

When she talks about the song she gives a delighted cackle. “I think everybody goes through that super drama, and you’re like, ‘Why don’t you love me?’” she says. “Everybody does it. And add a case of beer and you’ve got a song. And I think that ‘Shot While Shitting’ is an appropriate title because it’s all a hot fucking butt mess.”

“White Night” also draws directly, though less cheerfully, on Cooper’s experiences and history. She wrote it following the Charlottesville, Virginia neo-Nazi march in 2017. It’s an anthemic stadium rocker with a riff that lashes your forebrain. The lyrics are about how lying fascists should burn in hell. “White night/your heroes lied/heroes lied/but it ends with me!” 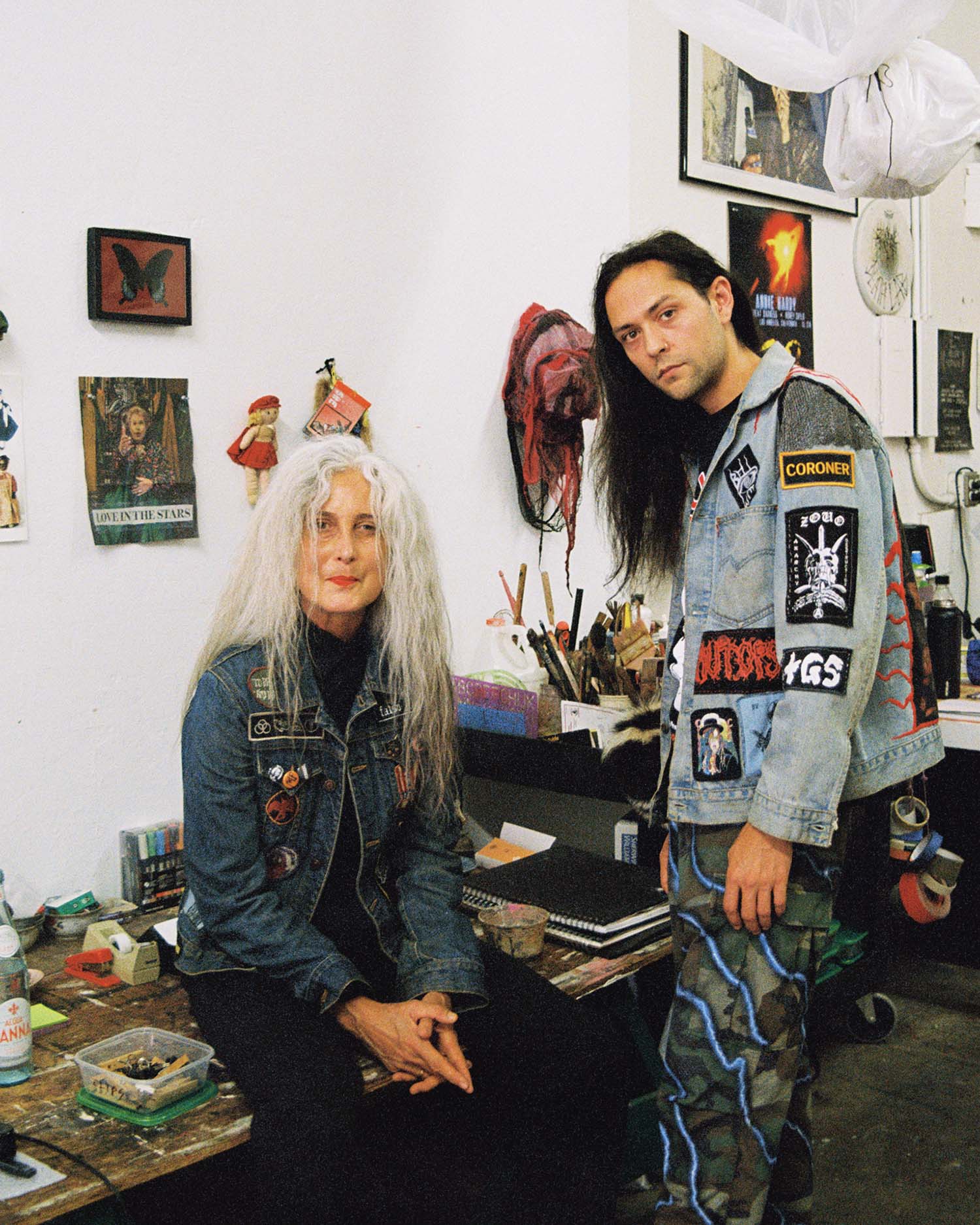 Along with Thievin, the duo simultaneously released a Bandcamp non-album track, “Do You Sleep,” where they sound like a completely different band. McNeely channels his electronica background for a dark synth soundscape, over which Cooper’s quavering vocals are more goth than metal. It’s an impressive demonstration of how creative their partnership is, and how many musical options they have to explore. Whatever they do in the future, though, Thievin is a virtually perfect album, which slogs across the generation gap with keen future-past Neanderthal wit. It’s heavy enough to put cracks in your floor.