Exploring the tensions in the french designer's "enchanted realism"

In the quixotic parlance of high fashion, language’s intuitive value is frequently privileged over literal meaning. “Chic,” for instance, is a word deployed and consumed by fashion’s intelligentsia; it is universally understood but not easily defined. “Deconstructed” is another descriptor that is often paraded through fashion articles from critics and fans.

Deconstruction is a thought framework for dismantling Western notions of truth and an effort to locate meaning between symbols—as you’ll recall from your freshman semiotics class—conceived by Jacques Derrida. But the cantankerous French philosopher became disillusioned with deconstruction as a mode of analysis because it became too pervasive. Soon everything was being “deconstructed.”

This word is overwhelmingly applied to the garments of Simon Porte Jacquemus, the self-taught fashion world darling. His fashion is minimalist, asymmetrical in construction, and full of form-fitting silhouettes, which the designer describes as “effortless.” 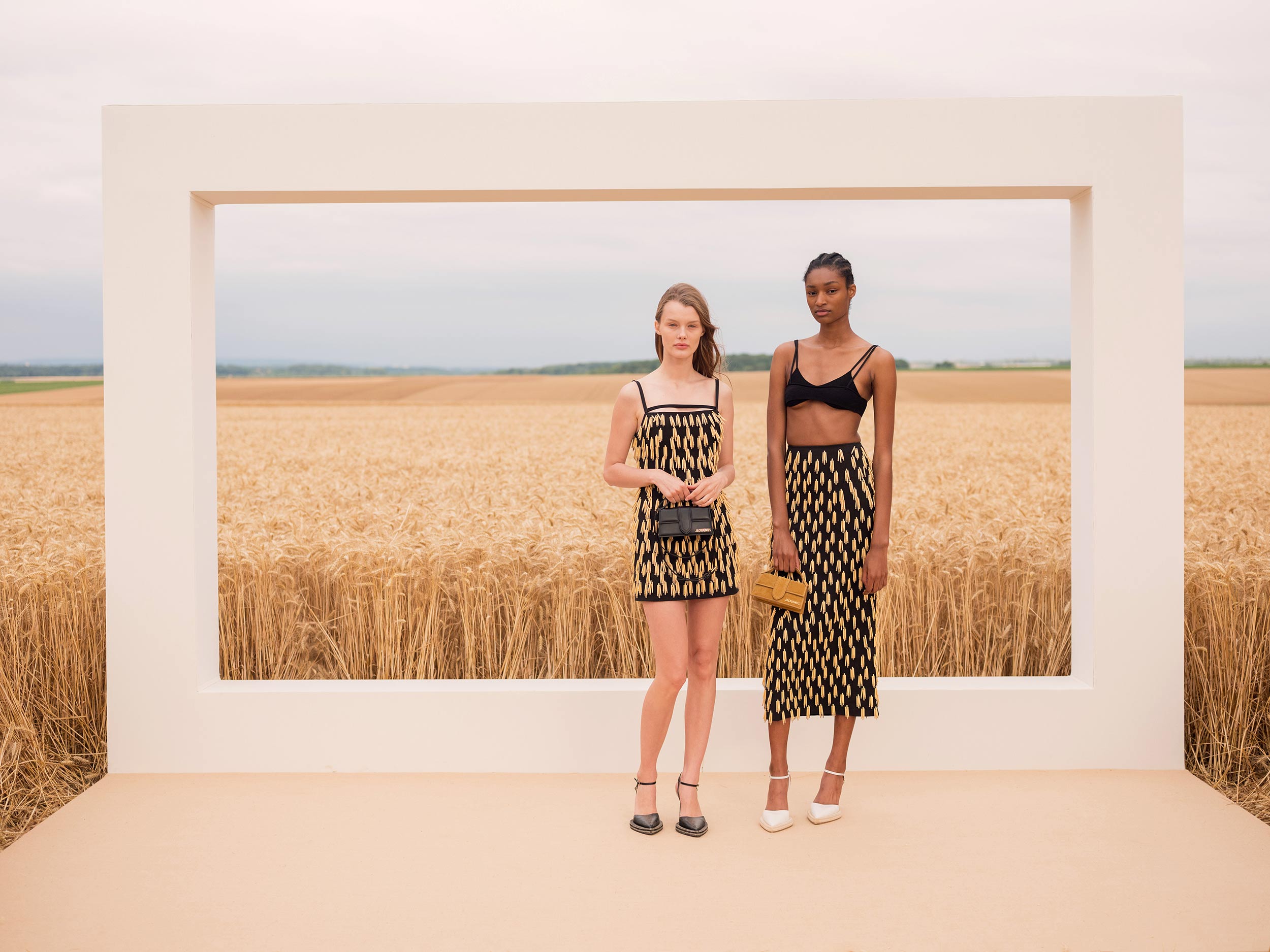 There’s a pragmatism about Porte Jacquemus’s approach to fashion. “This is not an art show. I’m selling clothes,” the designer told Vogue Runway last year. And that makes Jacquemus something of a unicorn in today’s fashion world—high-quality designer garments at reasonable prices (by fashion’s standards at least).

His past two shows have garnered considerable attention. His Spring/Summer 2020 show was a massive success; he celebrated his ten year anniversary as a designer with a show in the south of France as models strutted on a lavender carpet amidst a lavender field—something reminiscent of Christo and Jean-Claude’s ‘80s earth art.

Then there was the Fall/Winter collection last year, which had the Internet buzzing as thousands of people stood outside the stadium hoping to catch a glimpse of a Hadid. That collection exemplifies all sartorial techniques that Porte Jacquemus is known for—combined with all the hot, provocative, sexual villainy of Basic Instinct’s Sharon Stone. You know that scene. 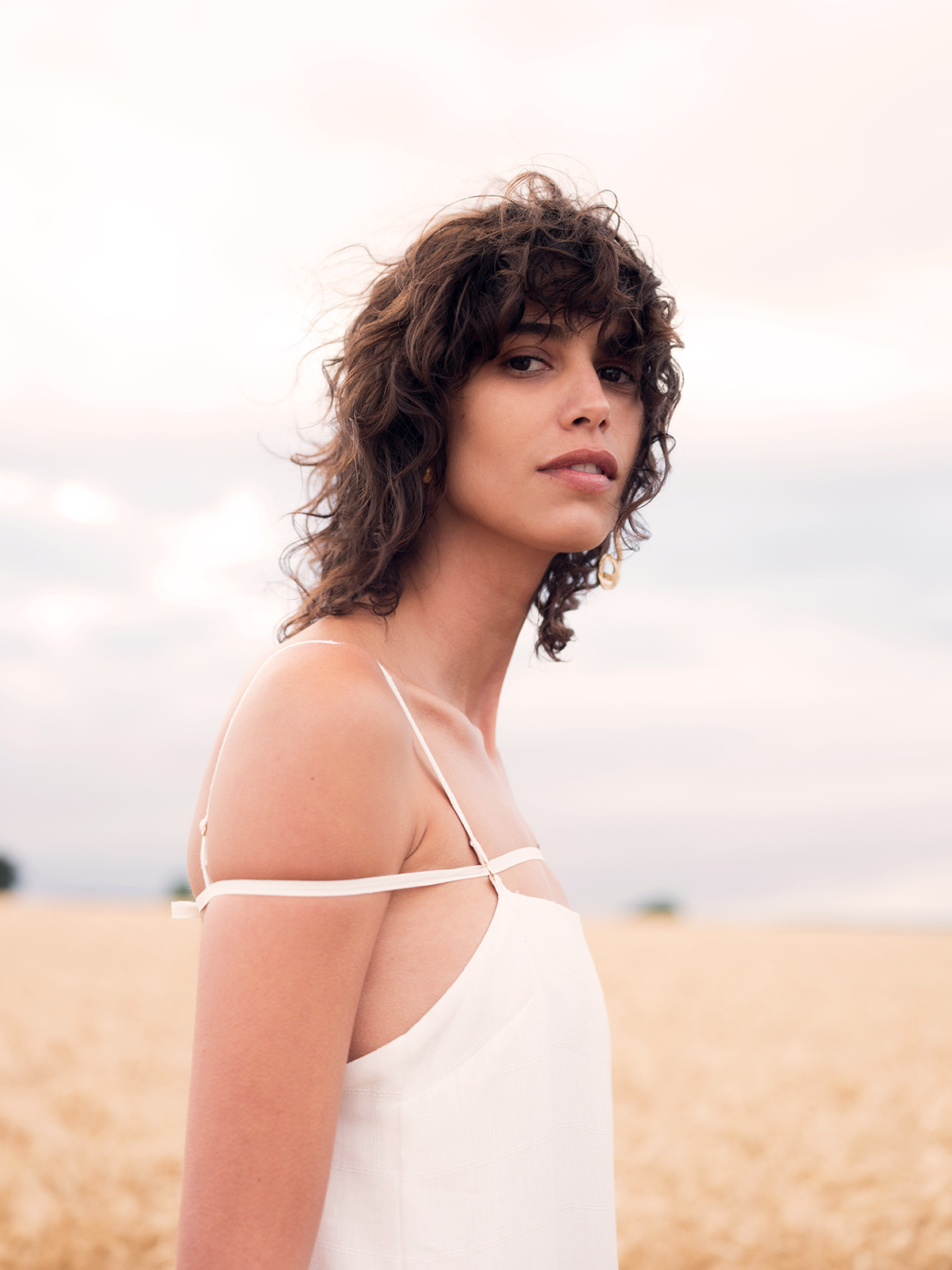 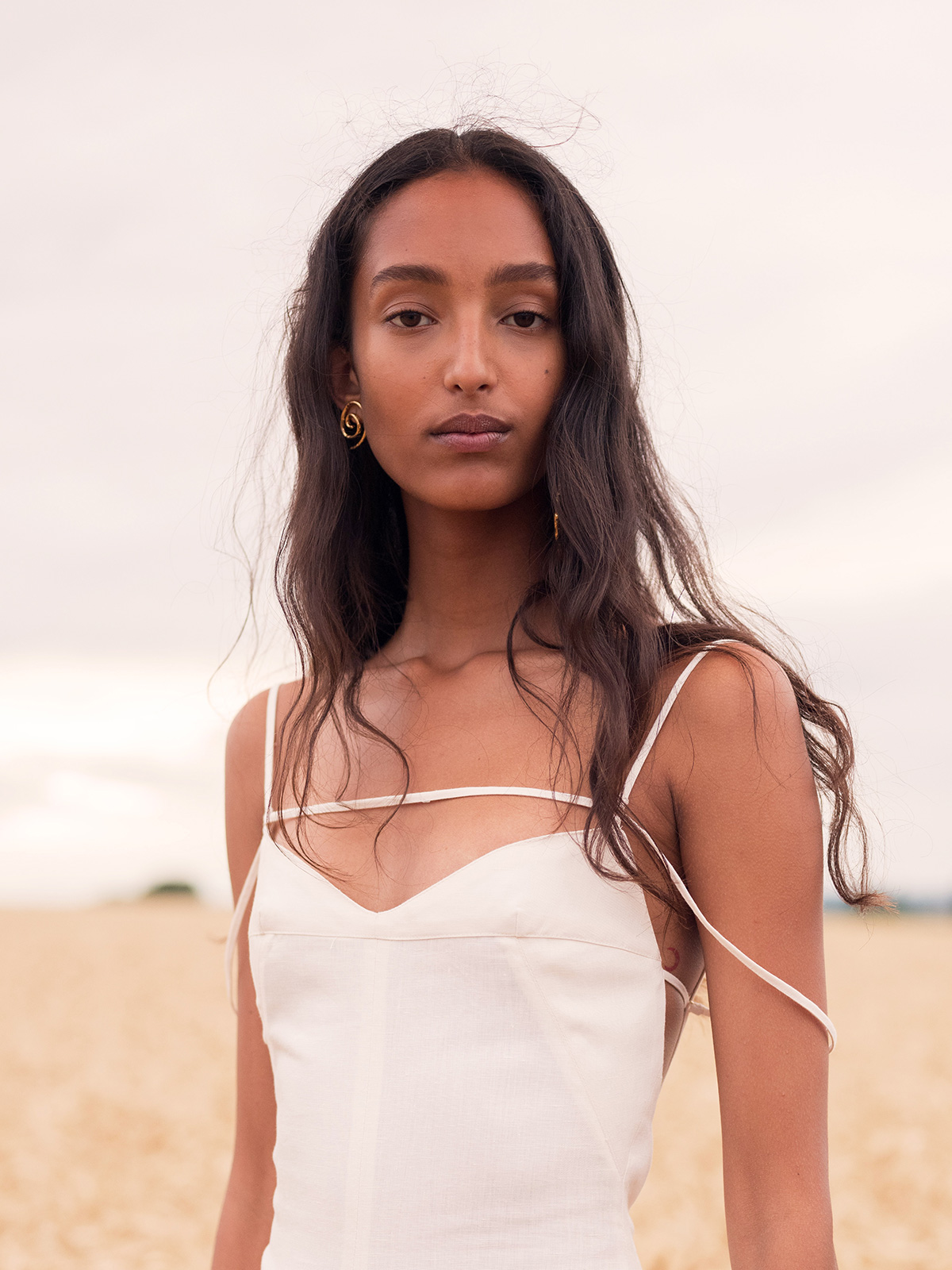 The latest collection, titled L’amour, is an ode to creativity in isolation, according to Port Jacquemus, who describes his inspiration as “enchanted realism.” The setting was Hockney-esque, with models swaggering along the winding runway through gold fields as editors, friends and family all looked on, from a social distance.

The clothing itself was full of “vegetal,” “earthy,” and “warm” tones (per the brand press release) and curve-hugging silhouettes. The menswear also featured little kitchen motifs, like hanging tiny forks and knives that festooned across a jacket suit—paying homage, very likely, to mandated isolation.

It’s difficult to watch the show, see the audience members masked and six-feet apart and not be brought back to the harsh realities of today—it’s like staring at Jean-François Millet’s dreamy French pastoral landscape, only to have your fantasies punctured by the obvious realities of social unrest and poverty in the foreground. 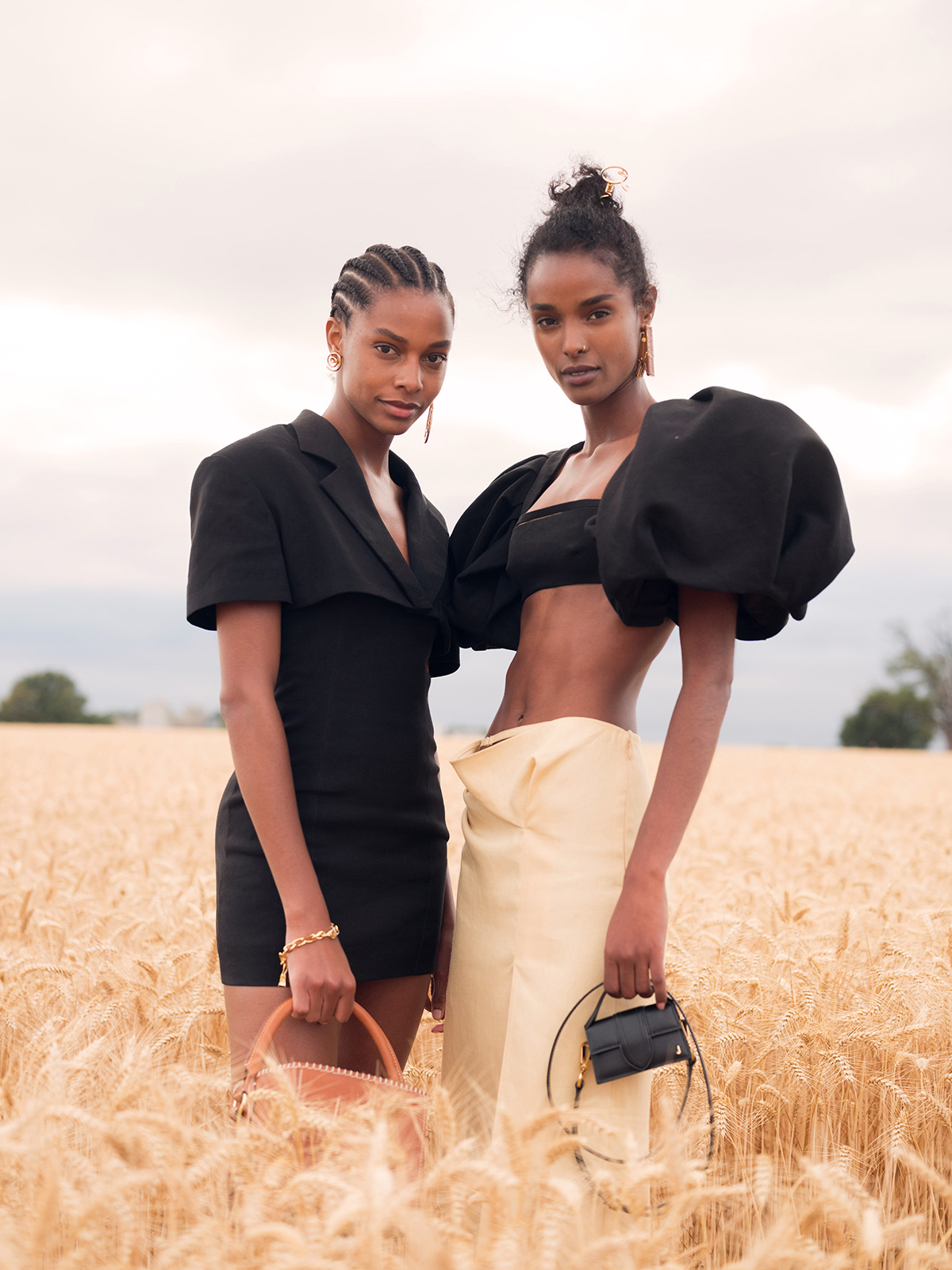 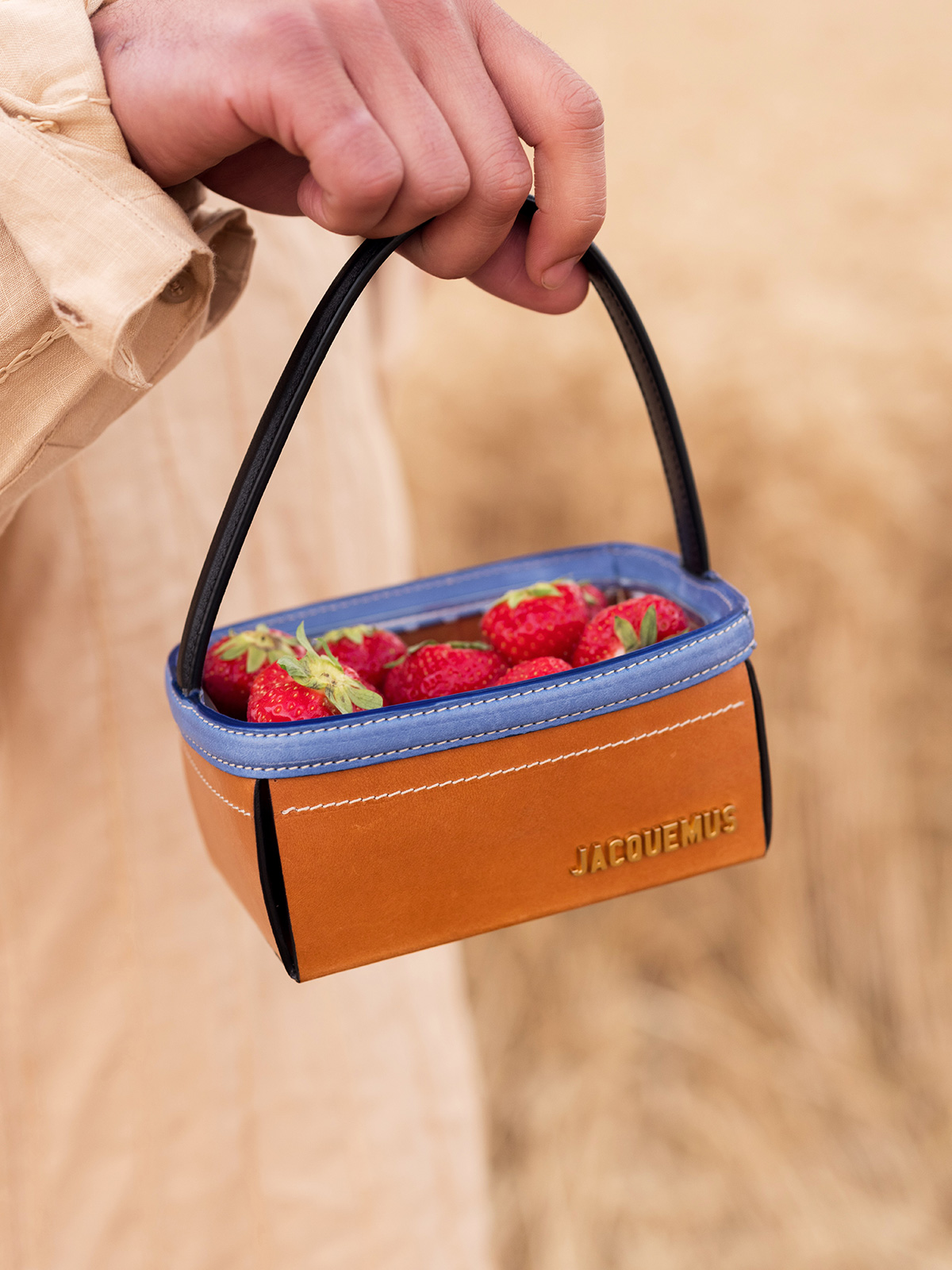 And yet, for a moment, watching on a computer screen, I was lost in this ineffably beautiful show. There was no Covid. There was no unrest. Fantasy, beauty, escapism. This, rather than in reference to the cut of his garments, is where the term deconstruction applies to Jacquemus. Despite their serene appearance, the symbolism used in his shows is overwhelmingly full of tension—between nature’s platonic beauty and our human carnal desires; between the surreality of spectators sitting socially-distant amidst a most picturesque French landscape; between forks, knives and confines of home and the freedom of field; between individualism and the collective. In the tension between our obligations to the world and our desire for a better, more beautiful one. The tension between who we are and who we wish to be when we get dressed. 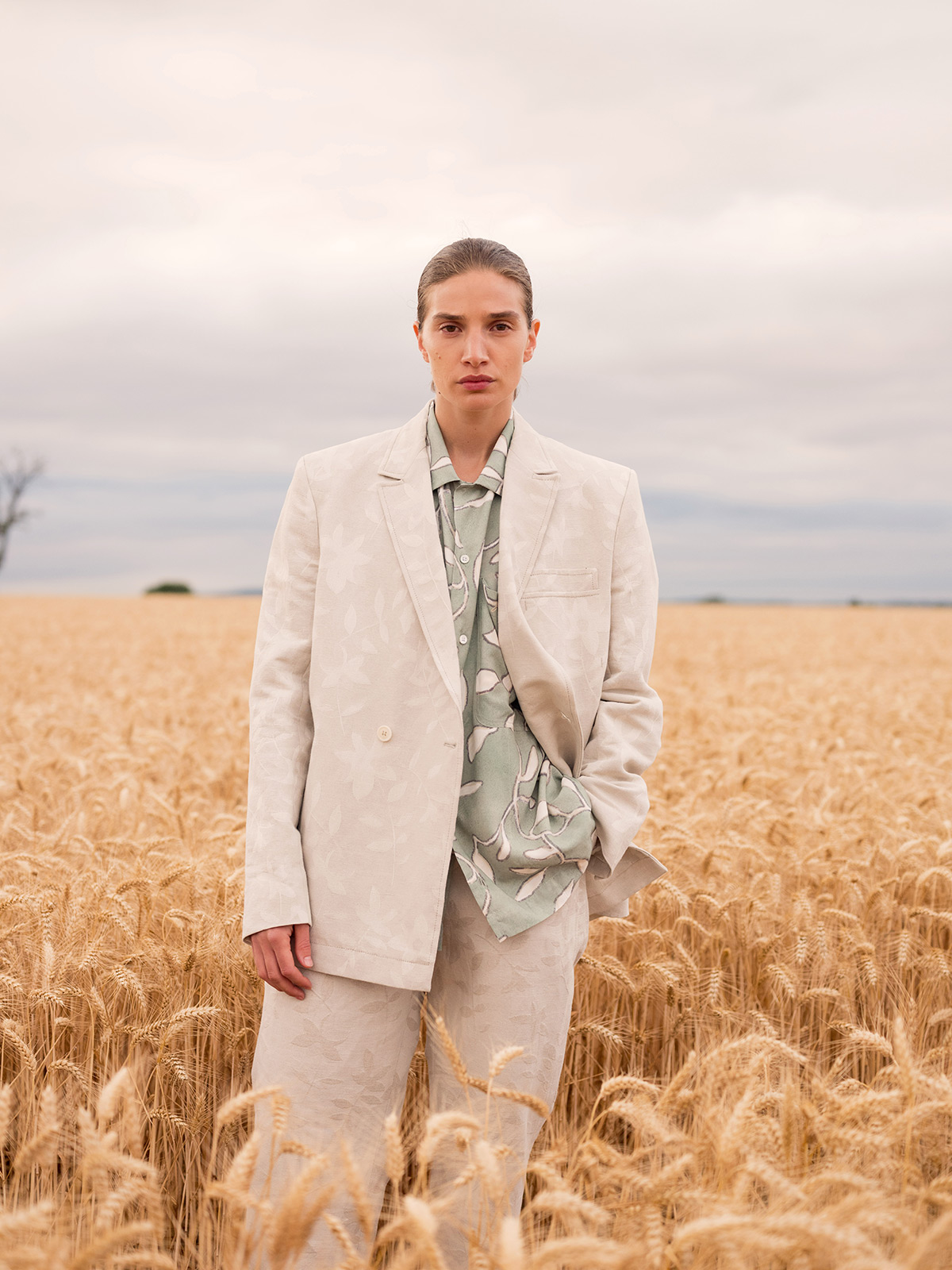 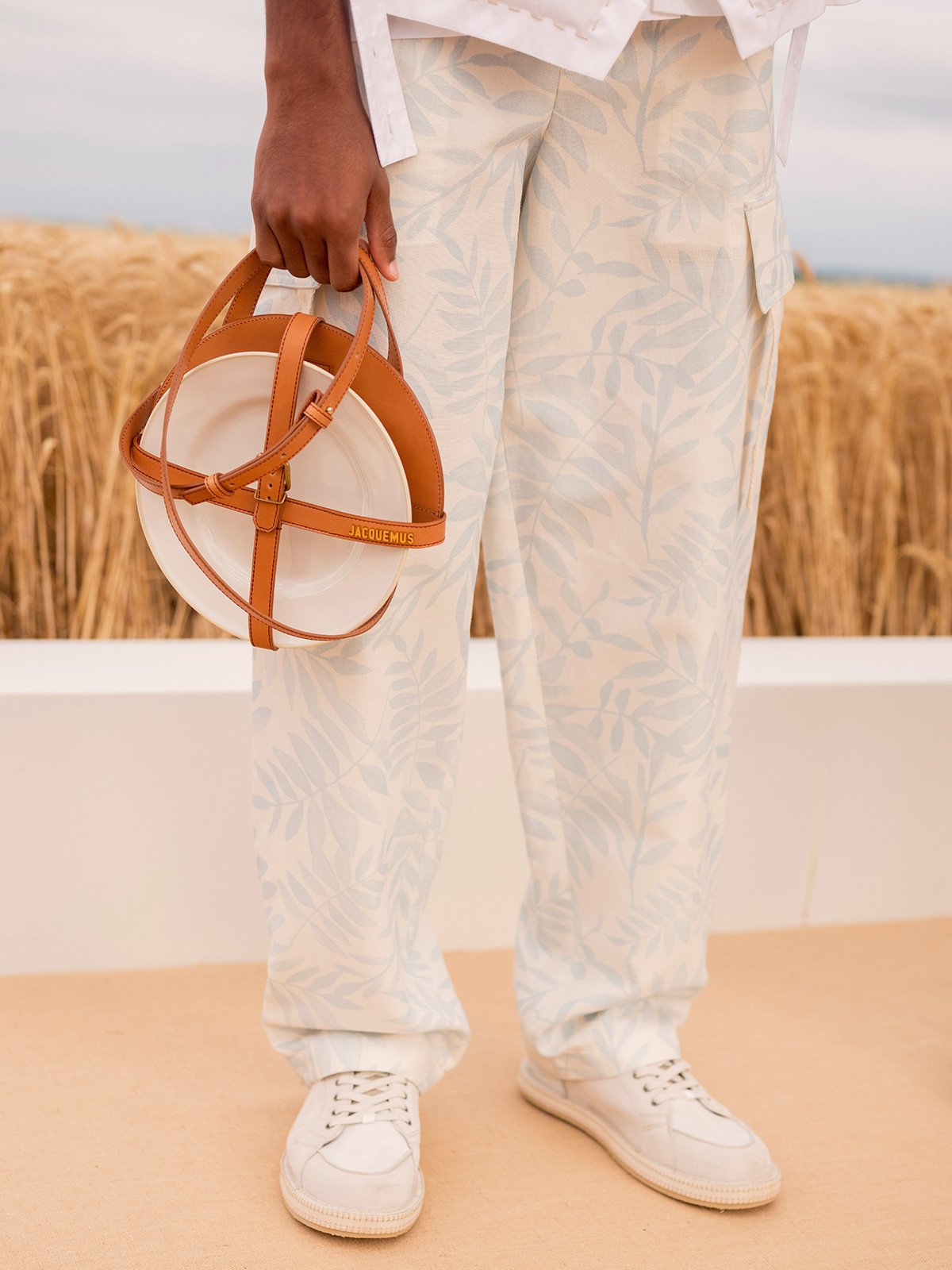 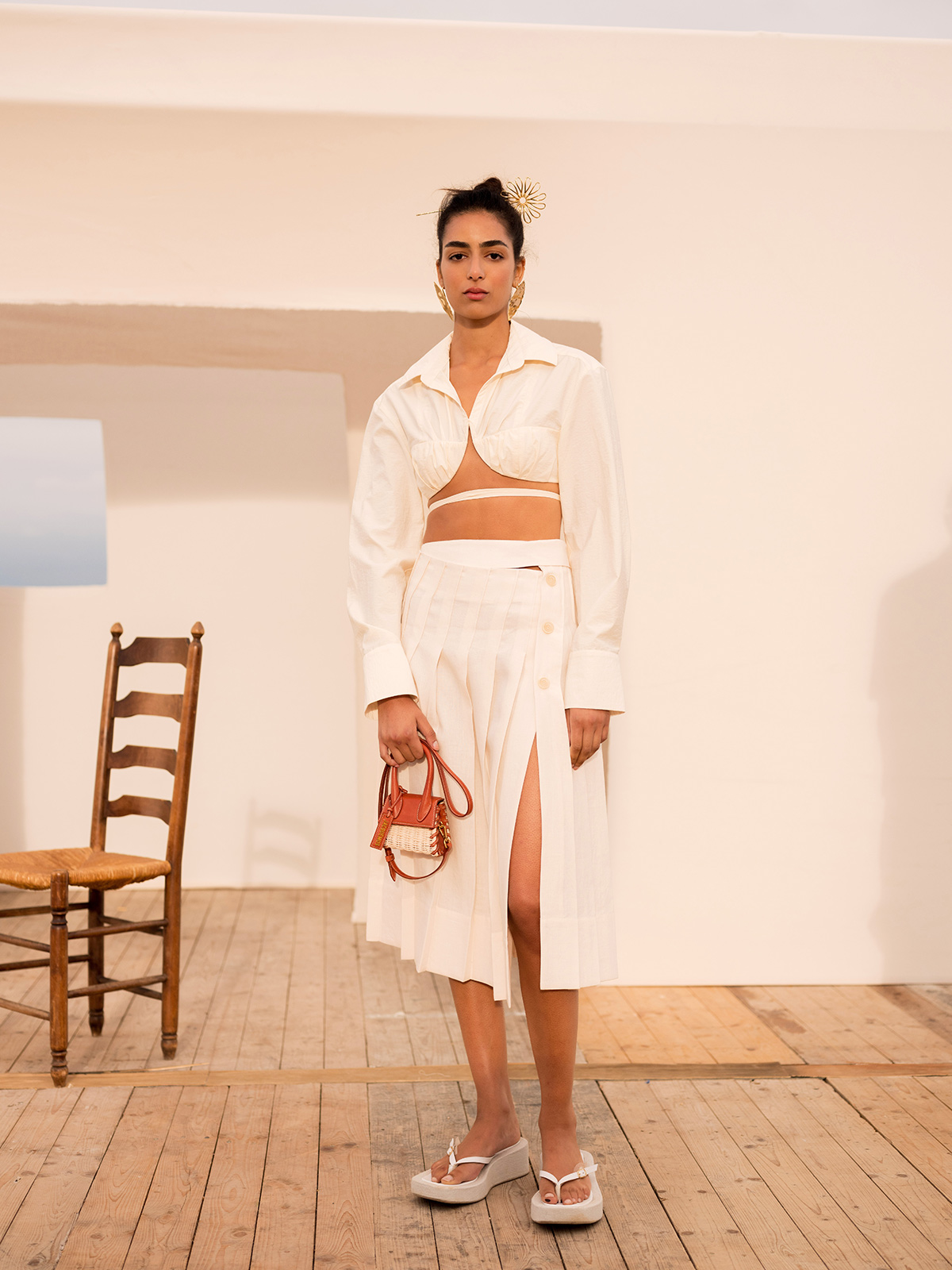 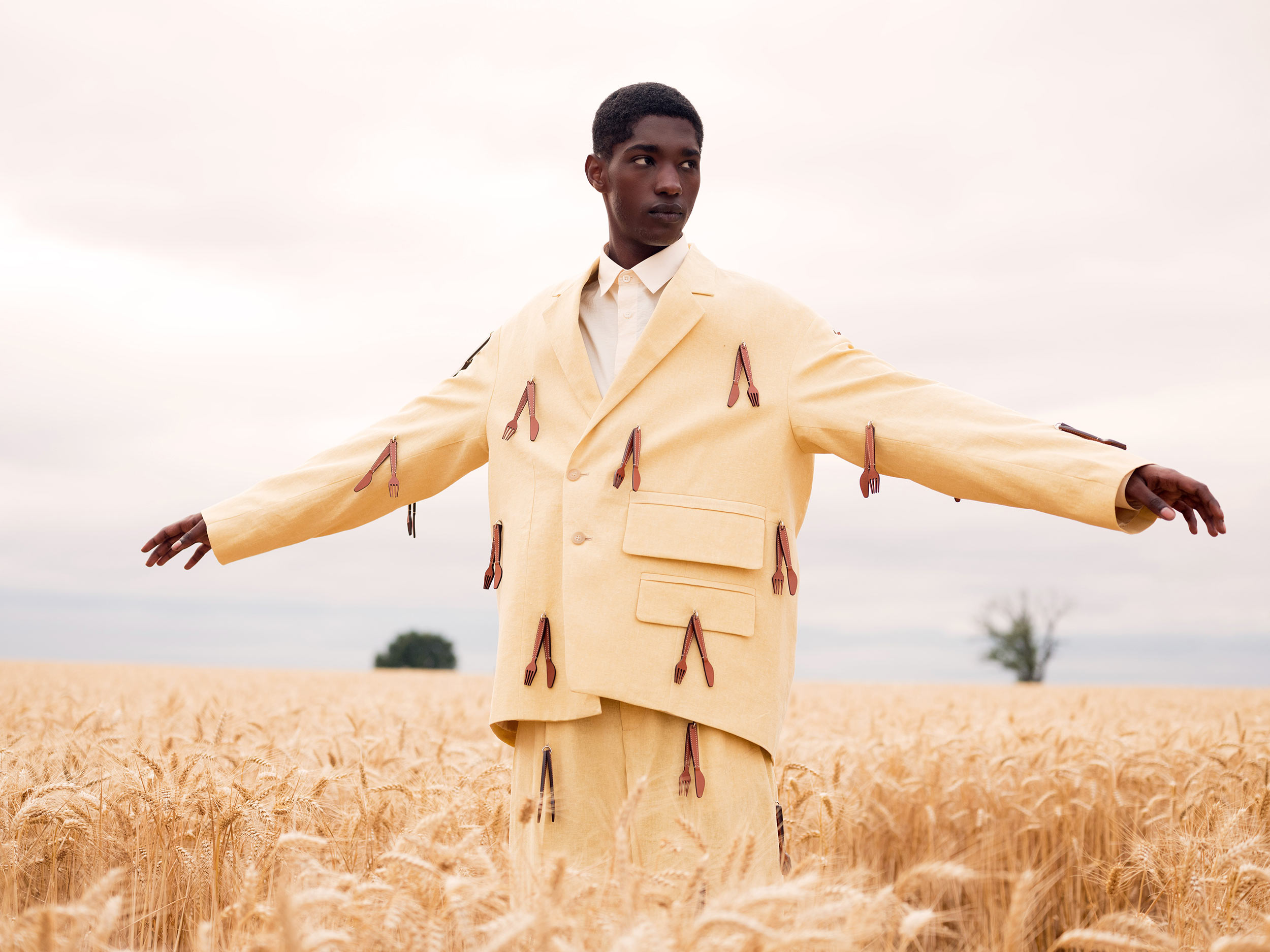 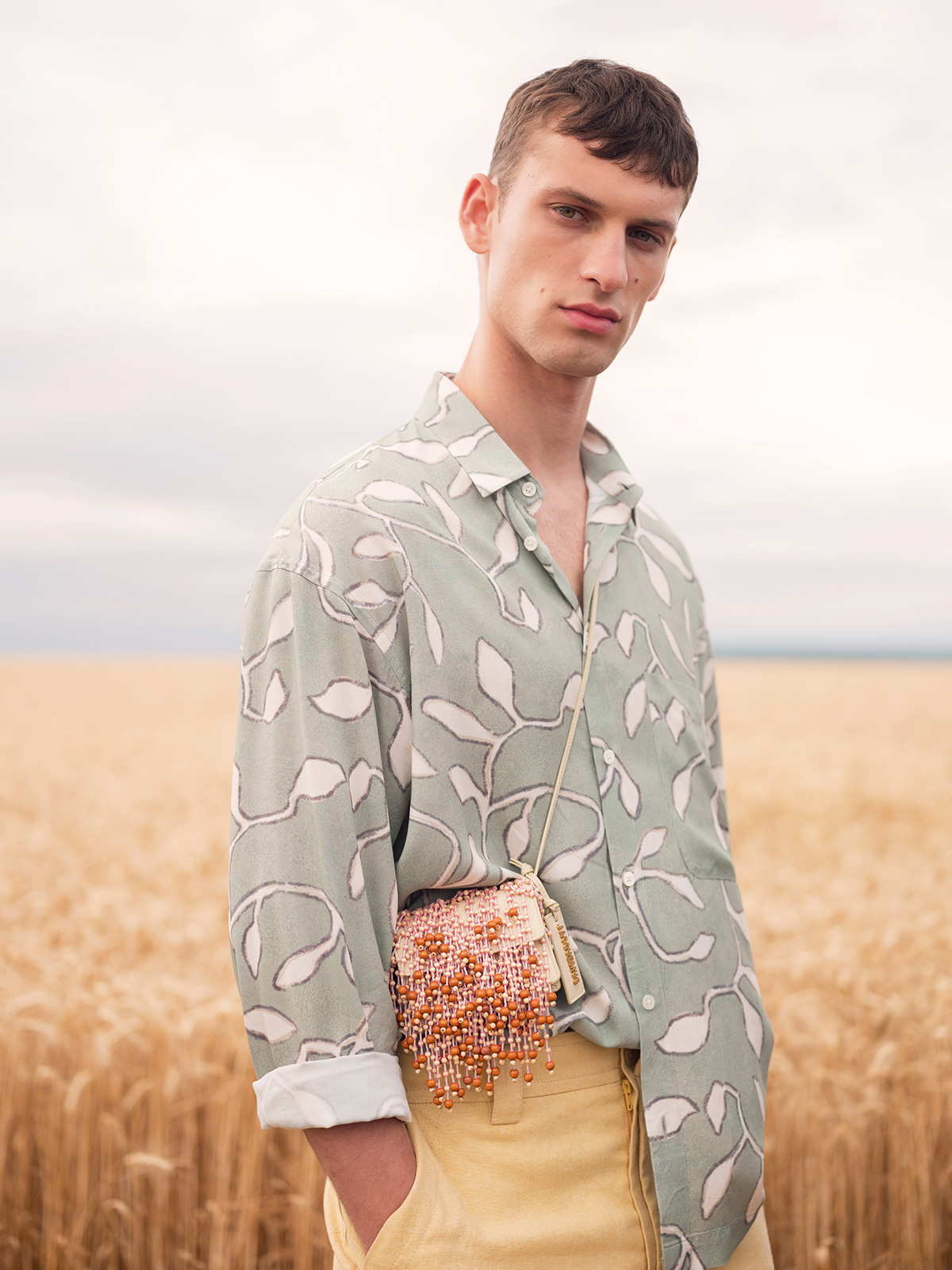 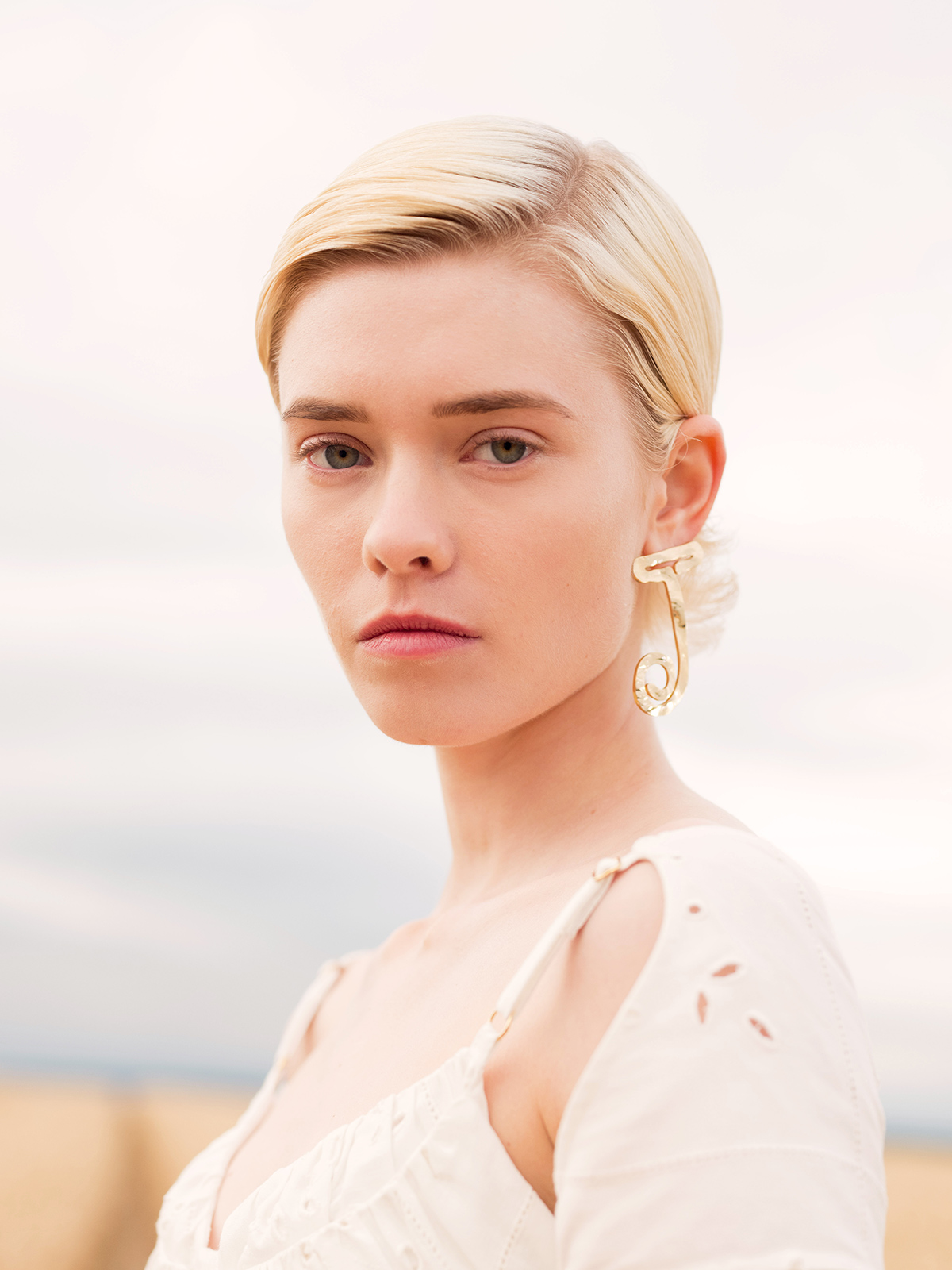 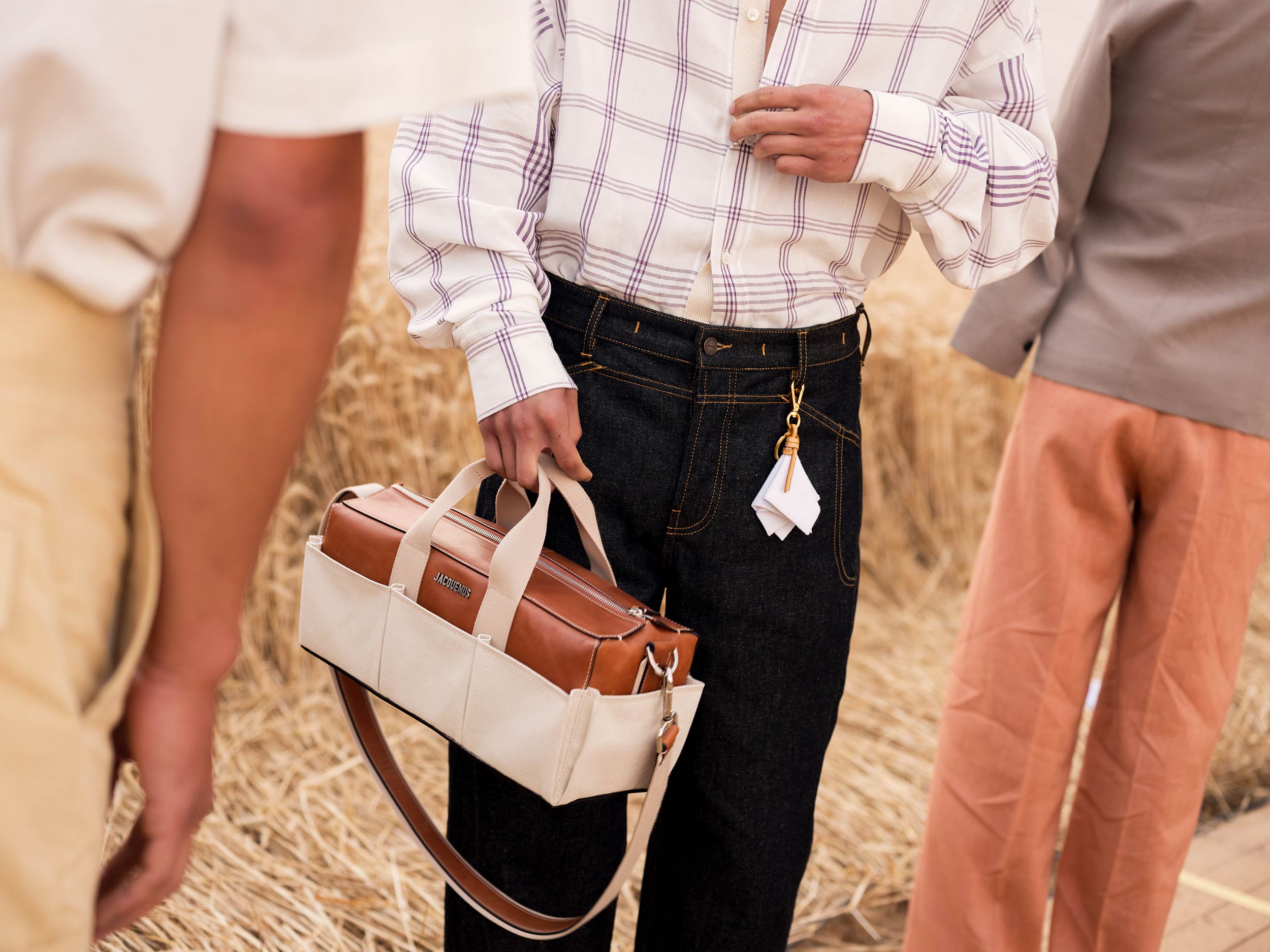 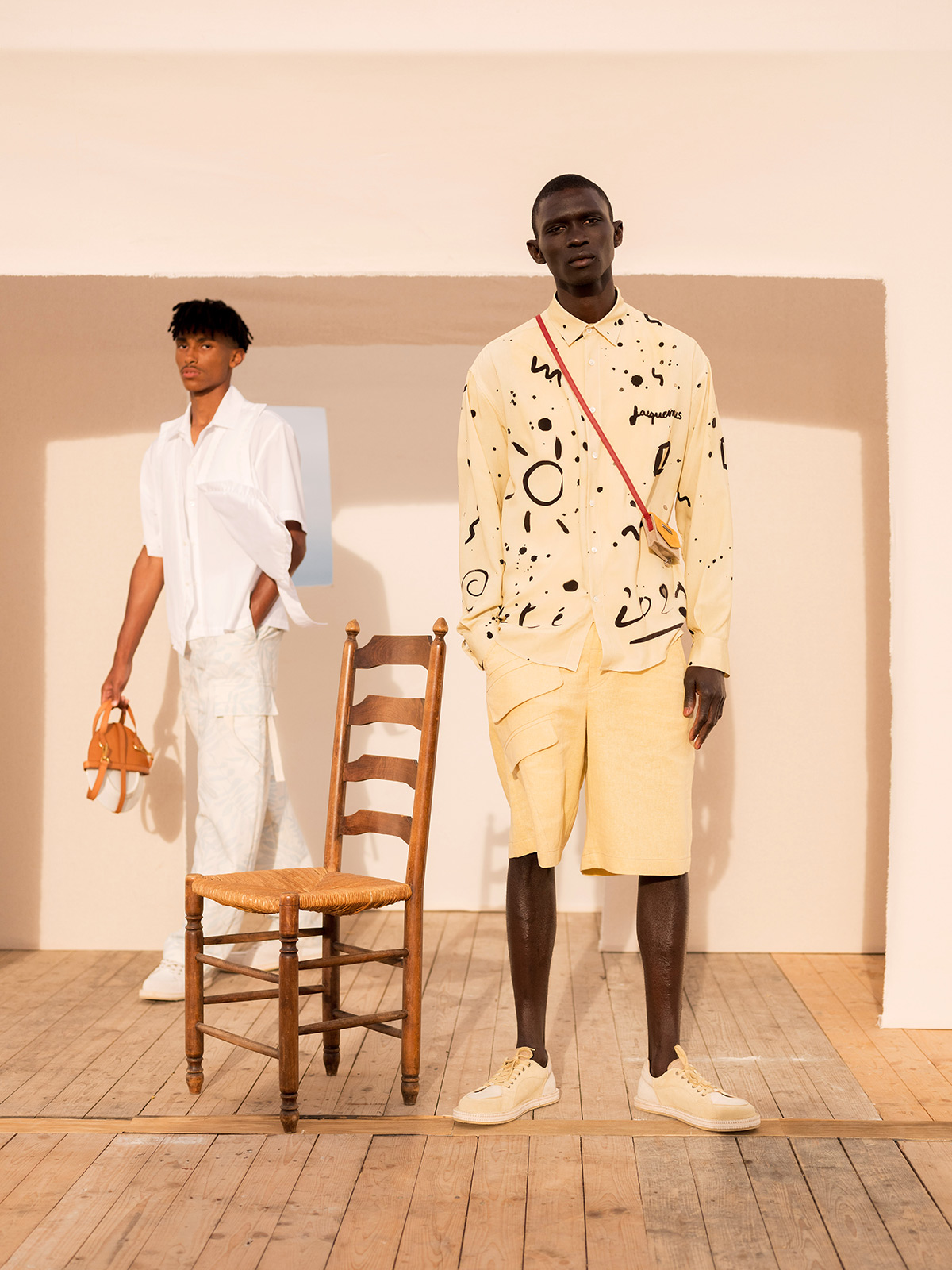 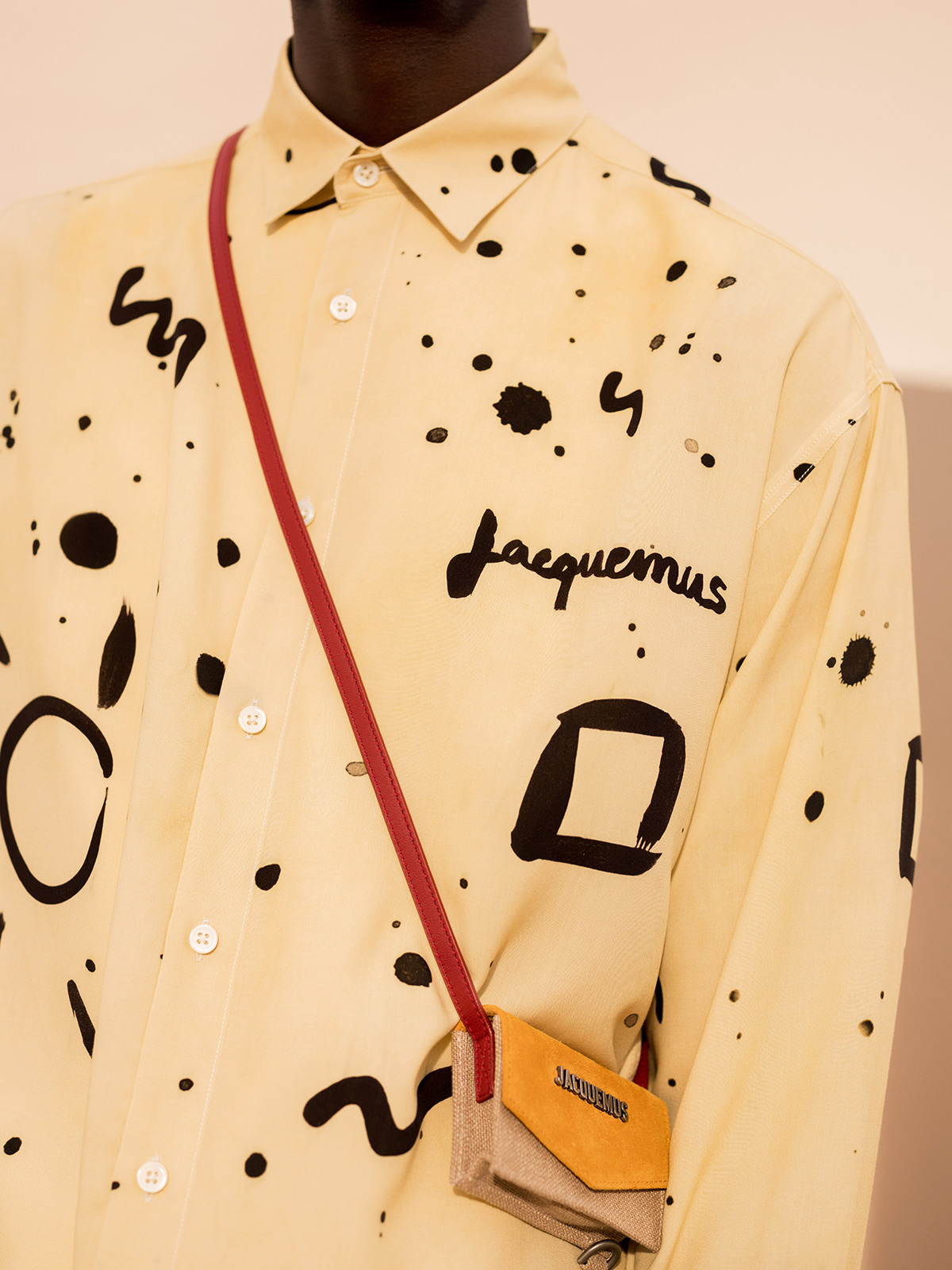 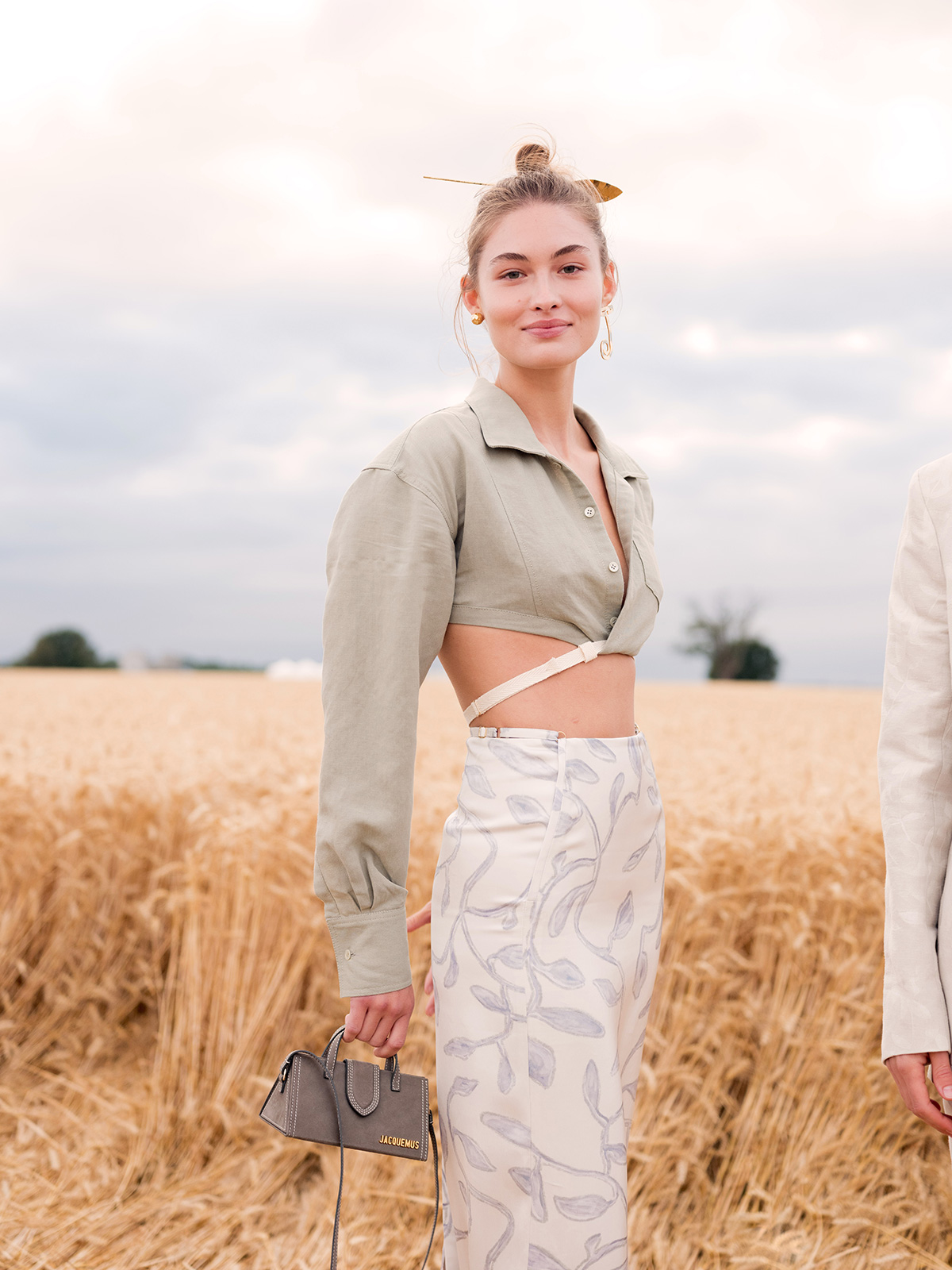 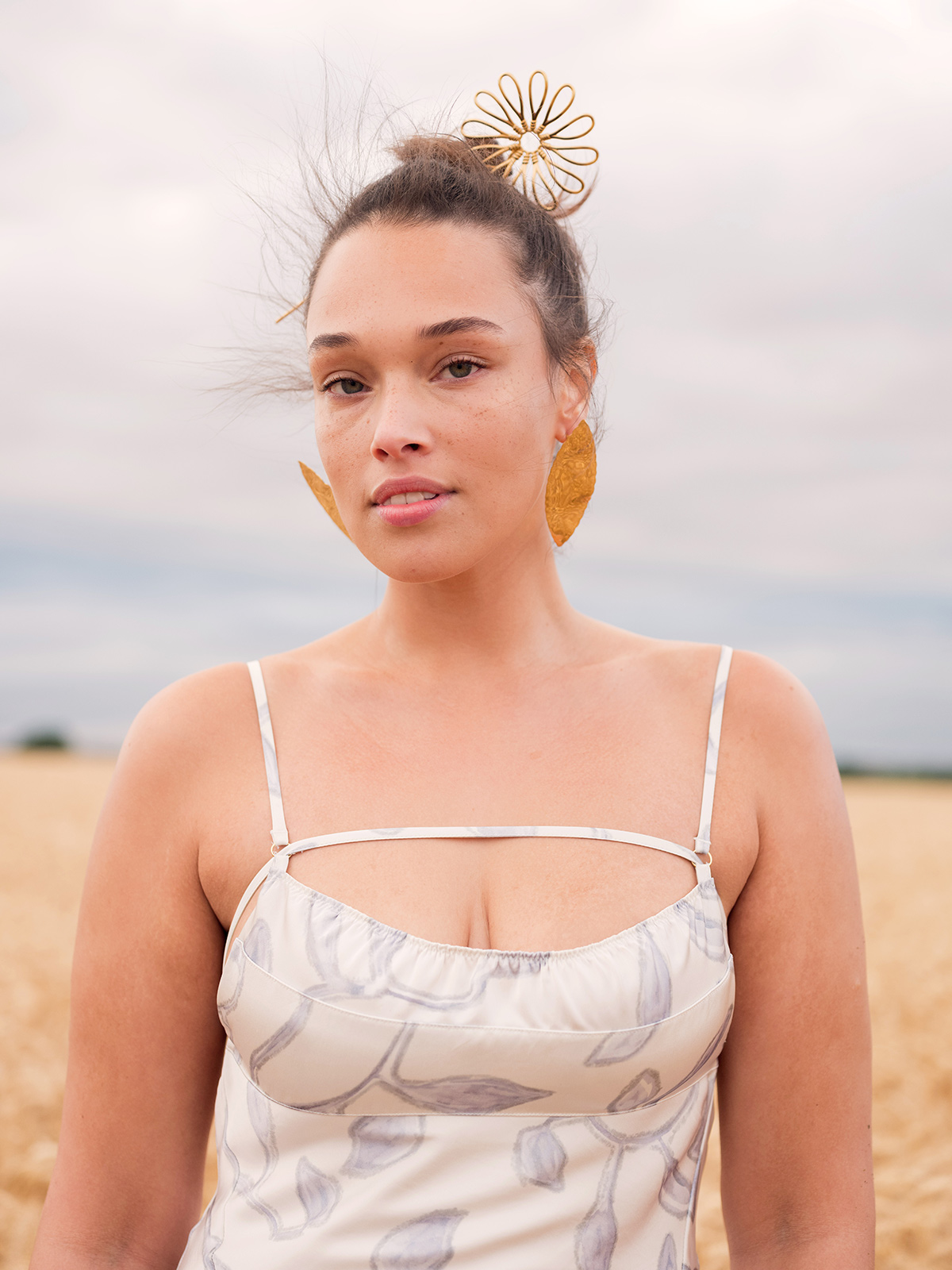 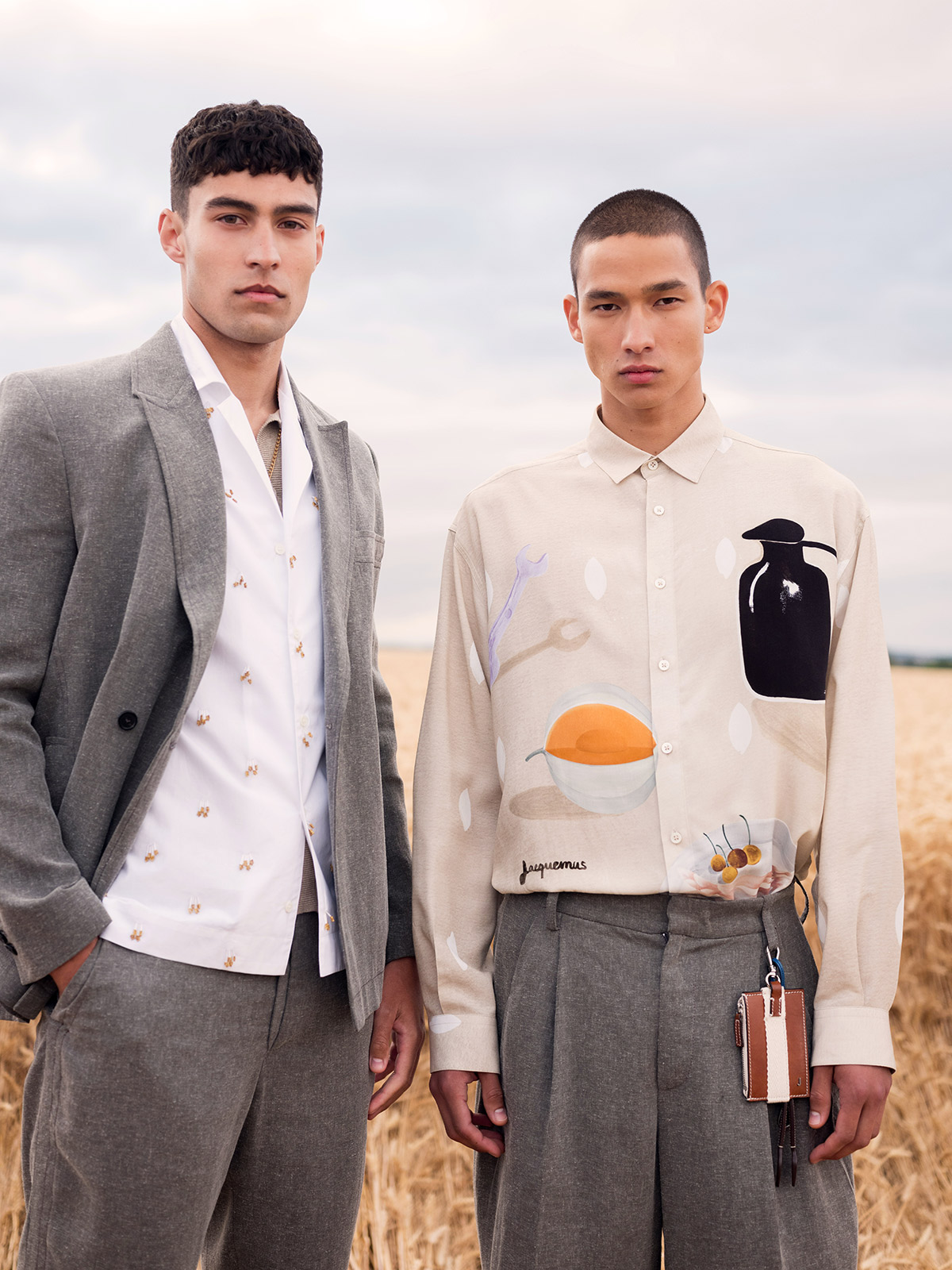 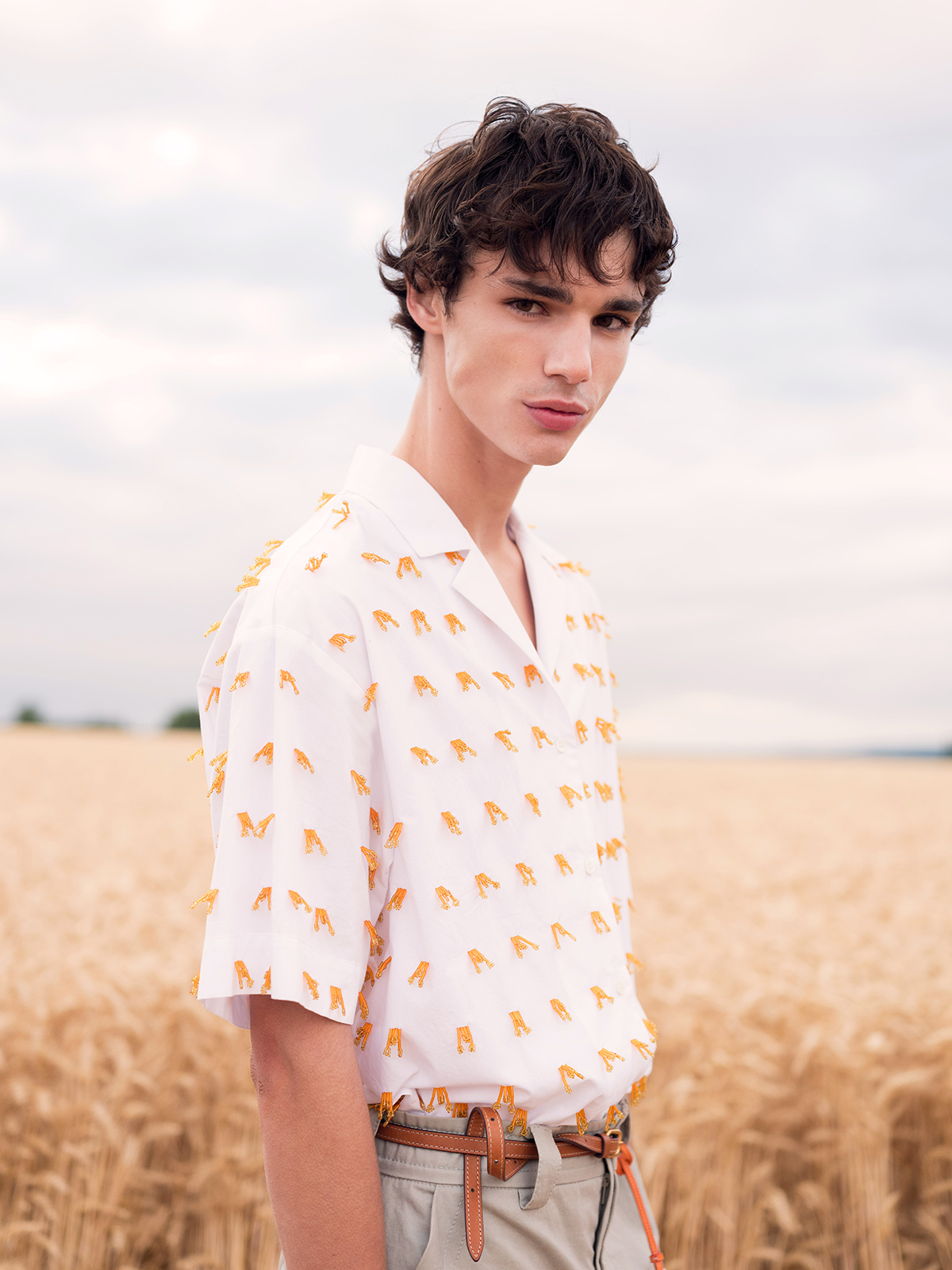 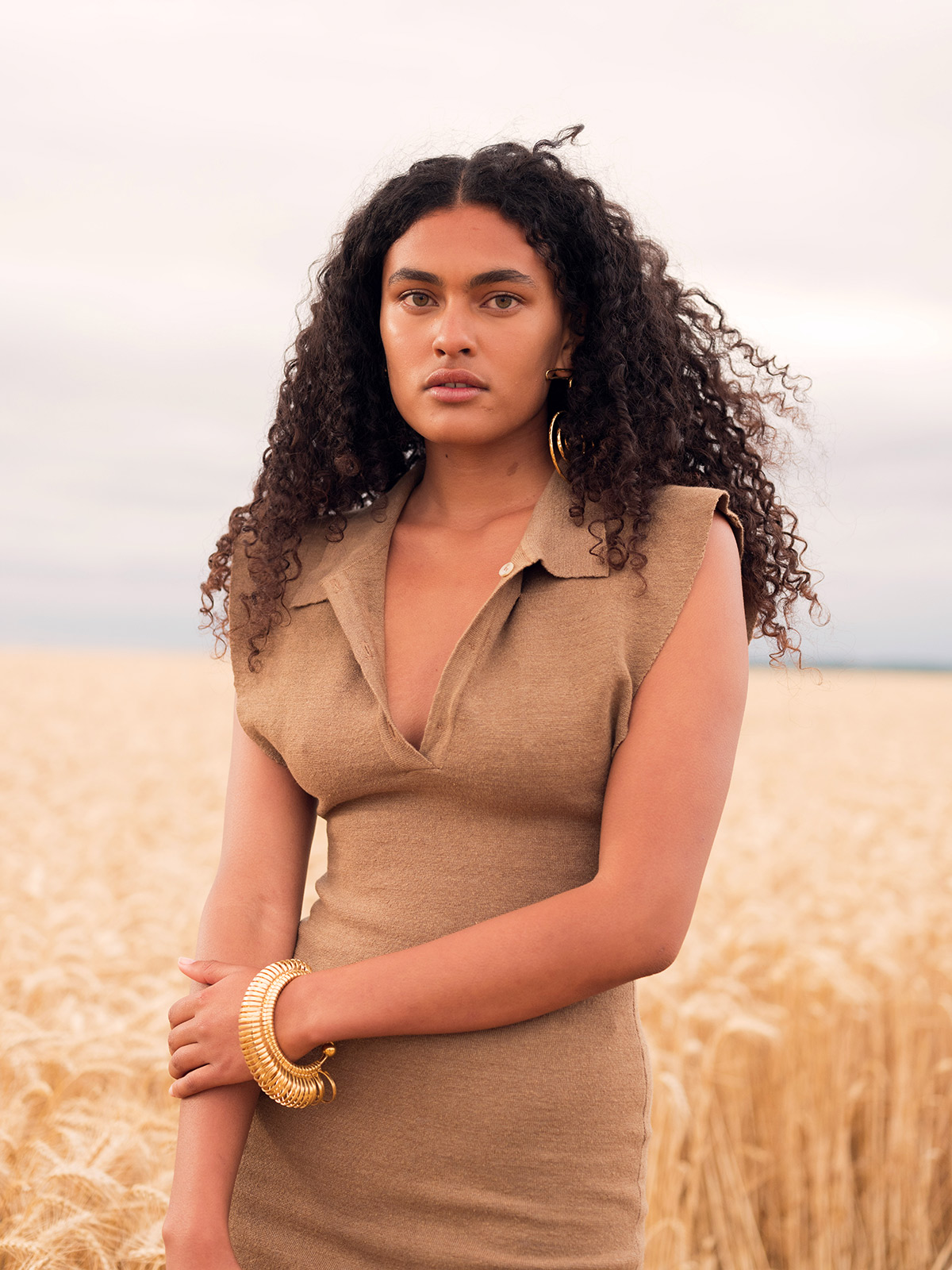 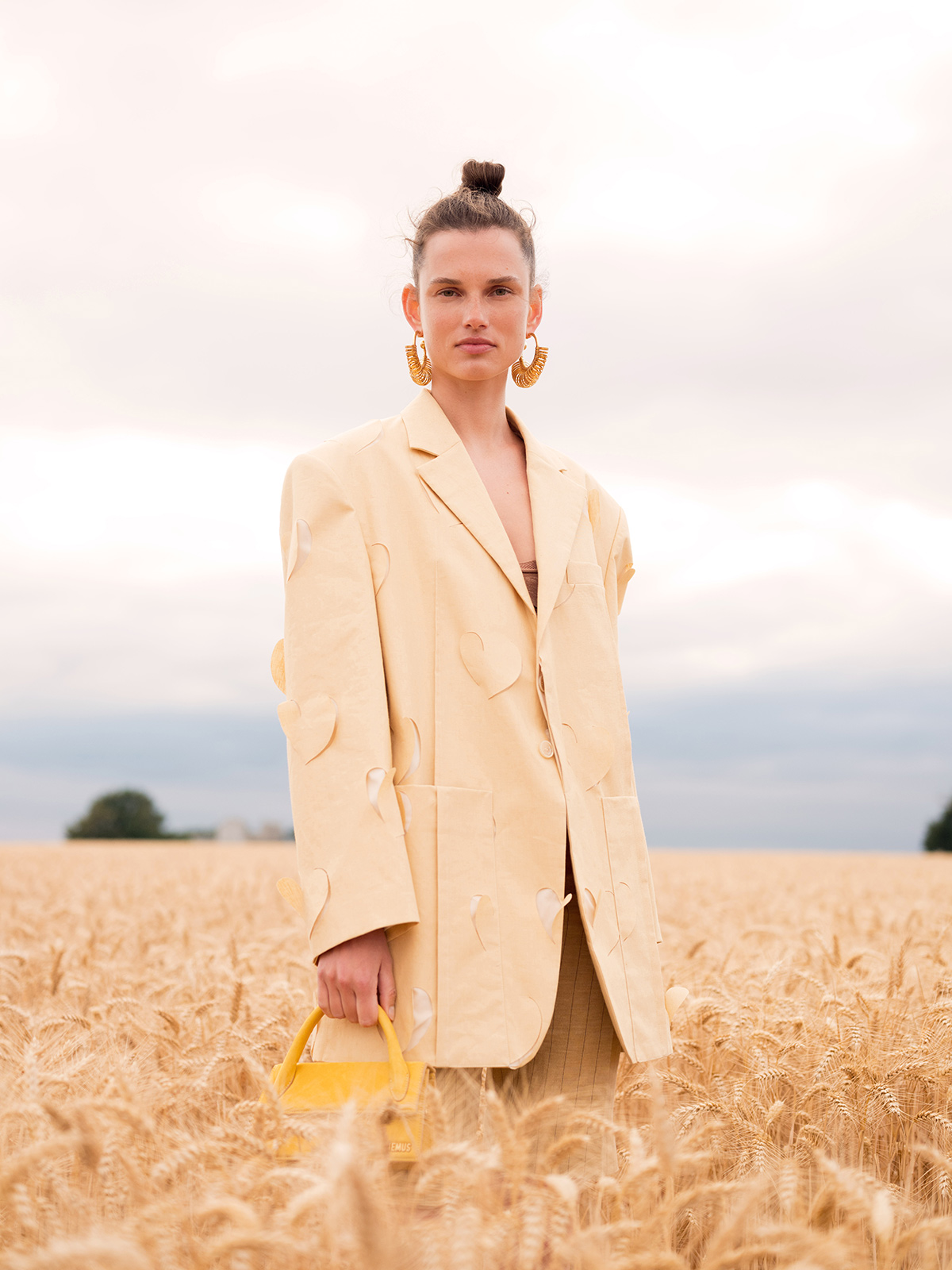 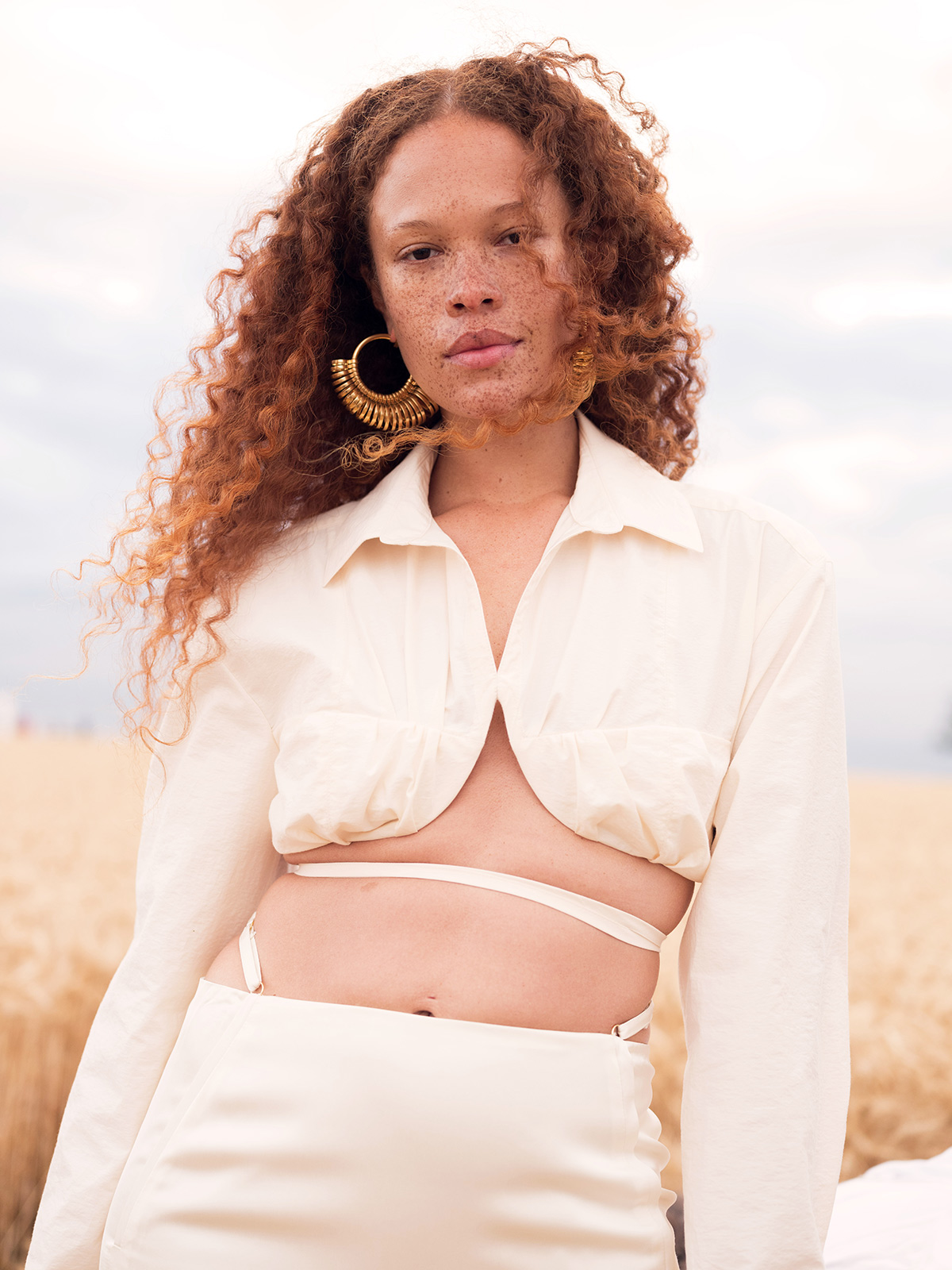 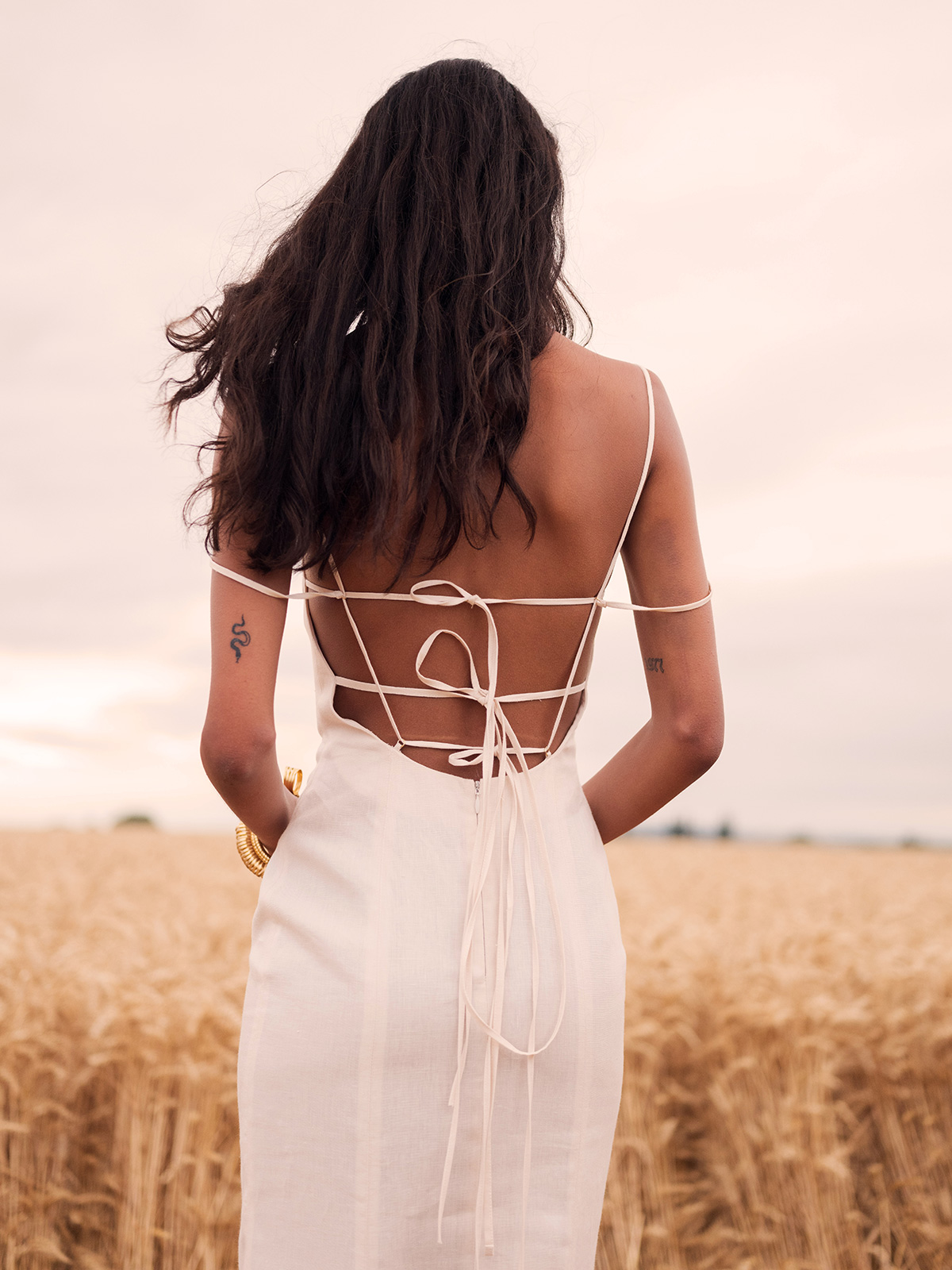