"By the second week, you could really feel the pain and grief in the city."

During the first few weeks of the lockdown, I was riding my bike throughout Manhattan to document the city. I would go out with some locations in mind, but I generally started downtown and worked my way up. The silence in the city was jarring. One of the first things I noticed was the number of homeless people. I first went to Grand Central Station on March 18th and there were dozens of homeless people in the main hall. It felt like an unofficial shelter. This was a Wednesday around 7:30 pm. Grand Central would normally be filled with commuters. There was a row of figures sleeping standing up, leaning against the ticket counter. 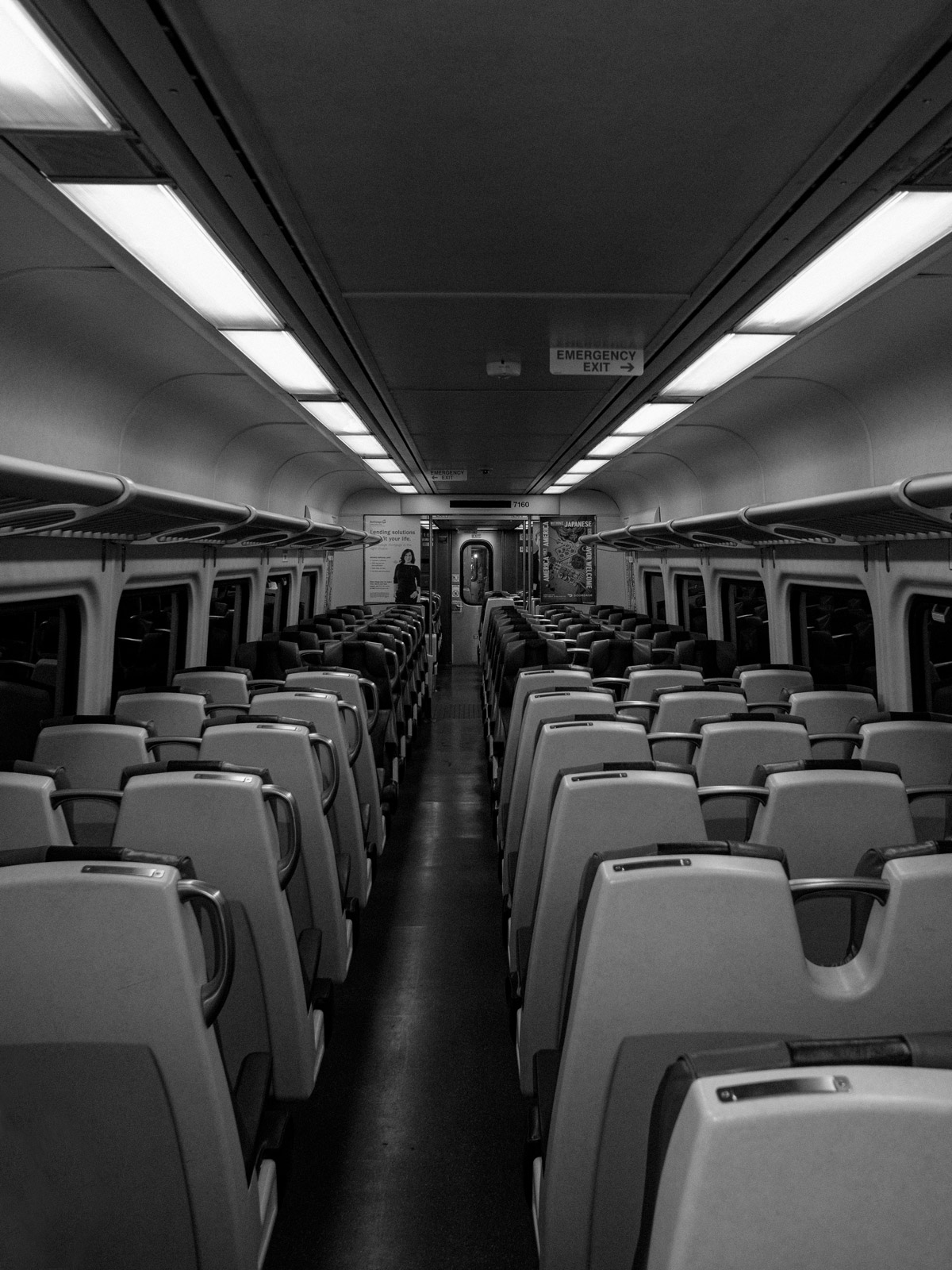 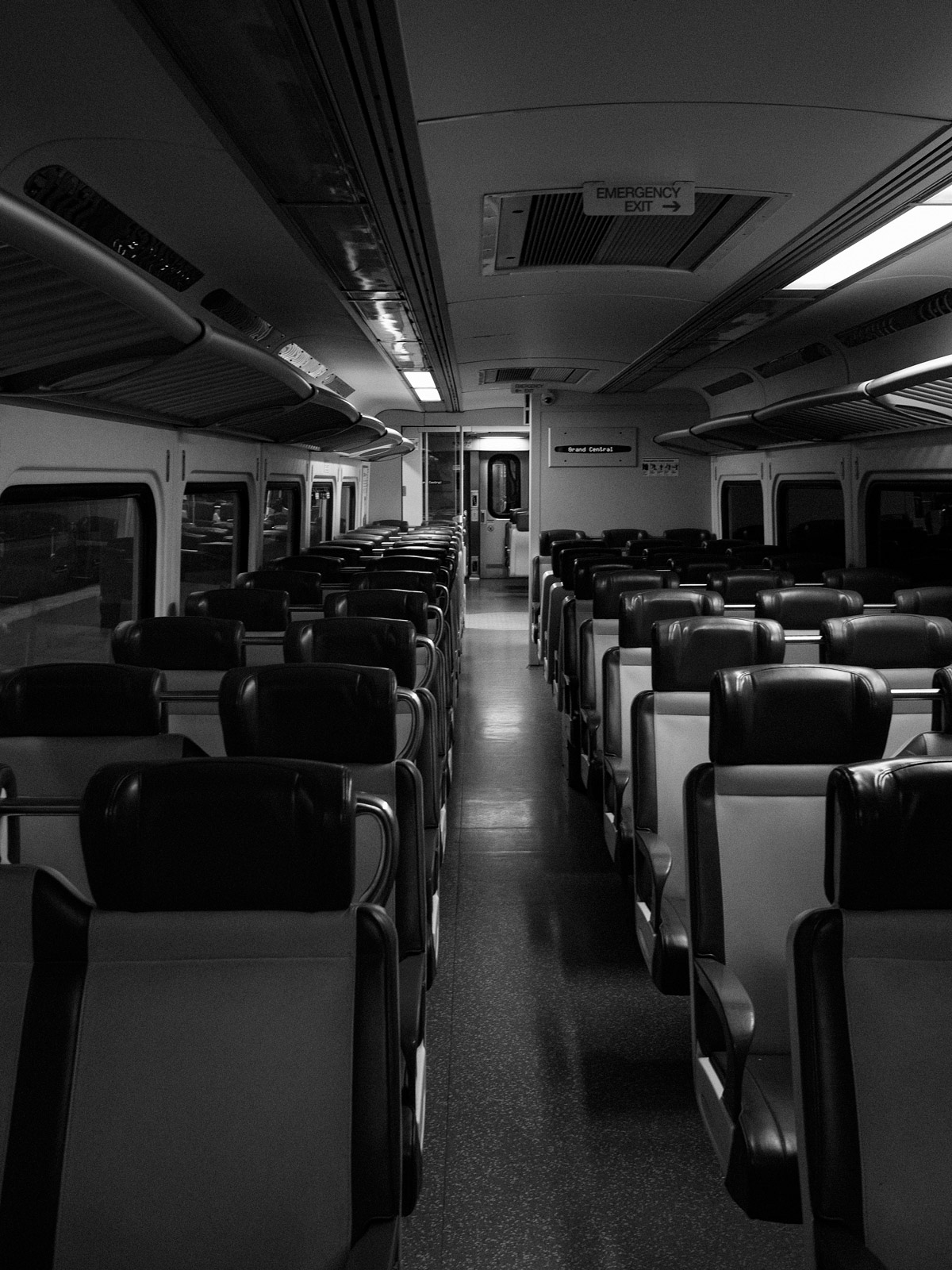 By the second week, you could really feel the pain and grief in the city. I photographed two freezer trailers in the back of Bellevue Hospital, but I haven’t done anything with the images. The freezers represent this faceless mass death, replayed over and over again in the media. It felt like I was exploiting this symbolism. After leaving Bellevue, I biked past another person filming a group of freezers at a different hospital. I stopped for a moment and told him about the trailers further uptown. He looked worn and said that he’d had enough for the day, that he didn’t want to see more. 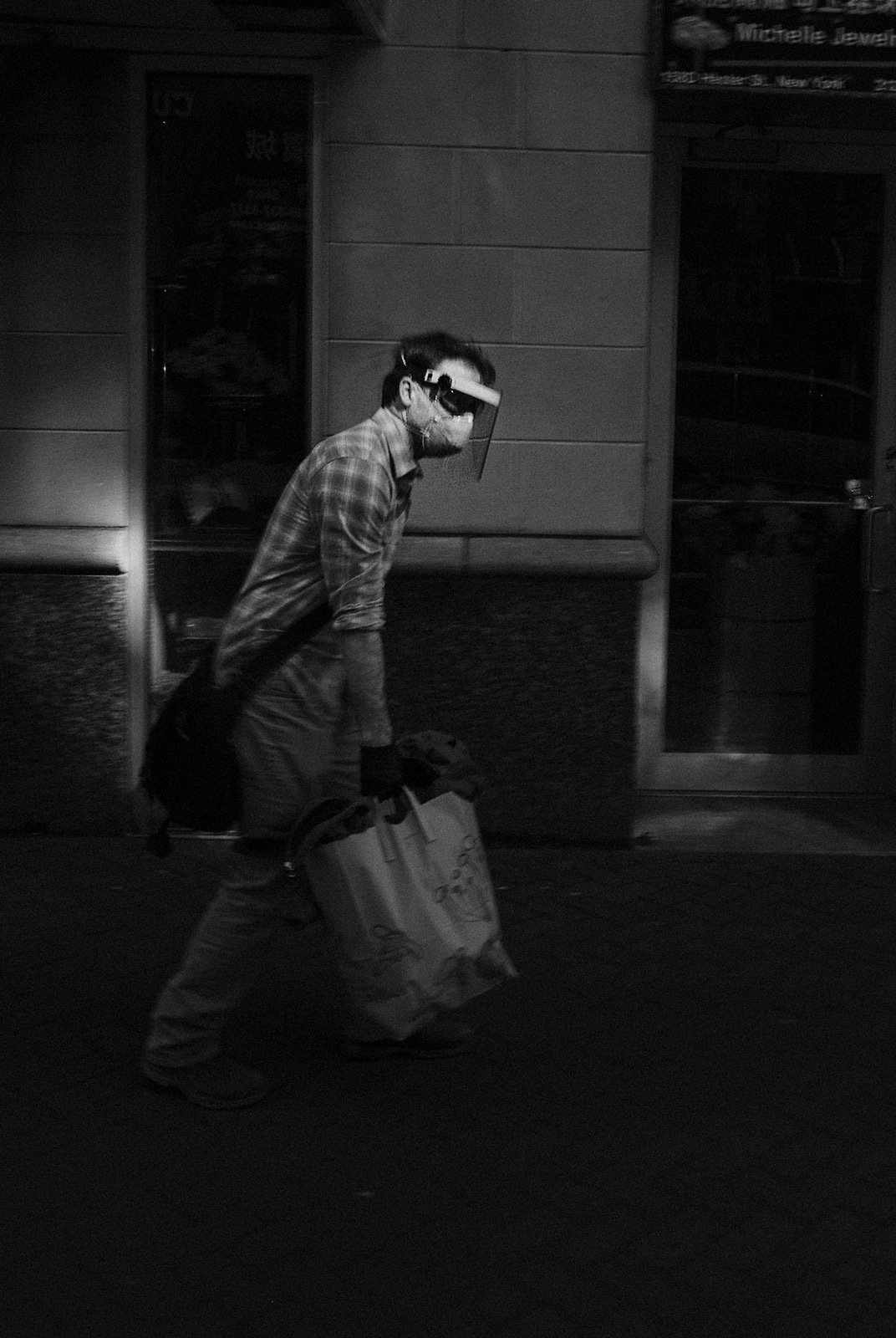 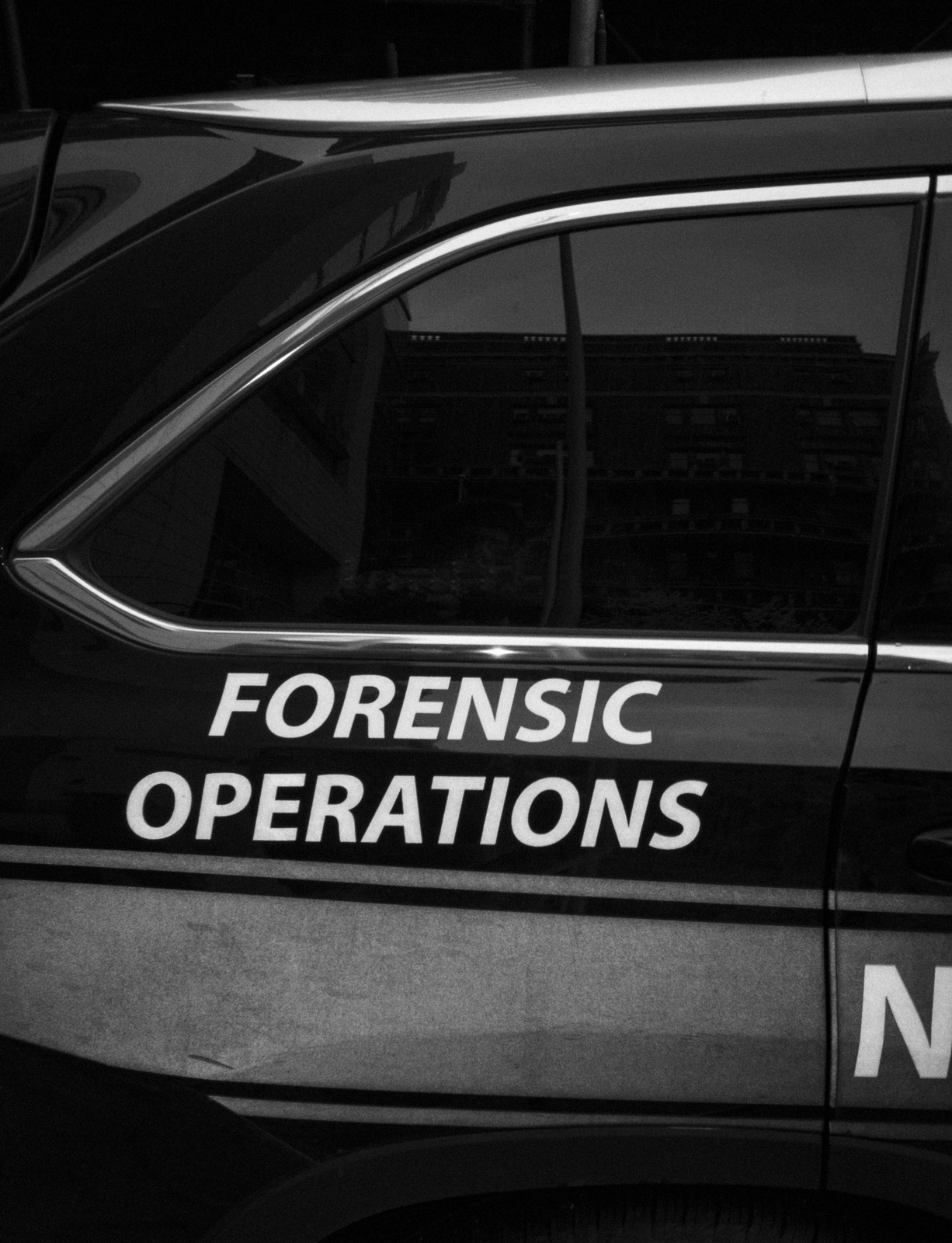 On 37th Street between 9th & 10th avenues, there’s a dismantled piece of Manhattan where ramps to the Lincoln tunnel dissect the landscape. The tunnels are usually pumping with traffic. I stood above the exit ramp going into Manhattan, and not a single vehicle passed below me for ten minutes. It was around 1:30 pm on a Thursday. 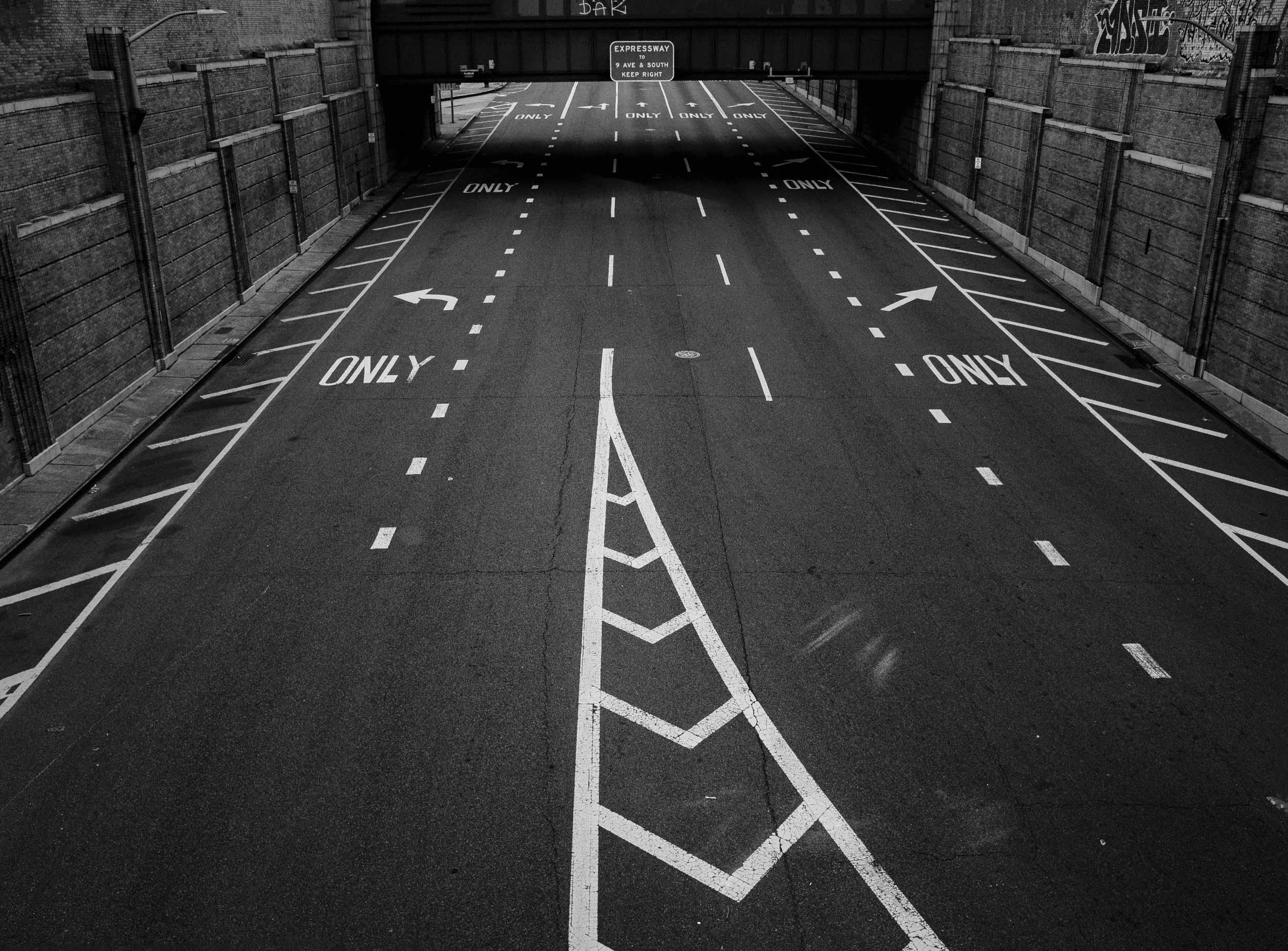 Lincoln Tunnel entrance into Manhattan at 1:30pm on a Thursday.

While biking up 1st Avenue one day, I snapped a photo of an elderly woman crossing the street, right by NYU Tisch Hospital. An empty street and the Empire State Building loomed behind her. She was wearing a beautiful silk scarf over her face and looked extremely worried, her expression struck me immensely. 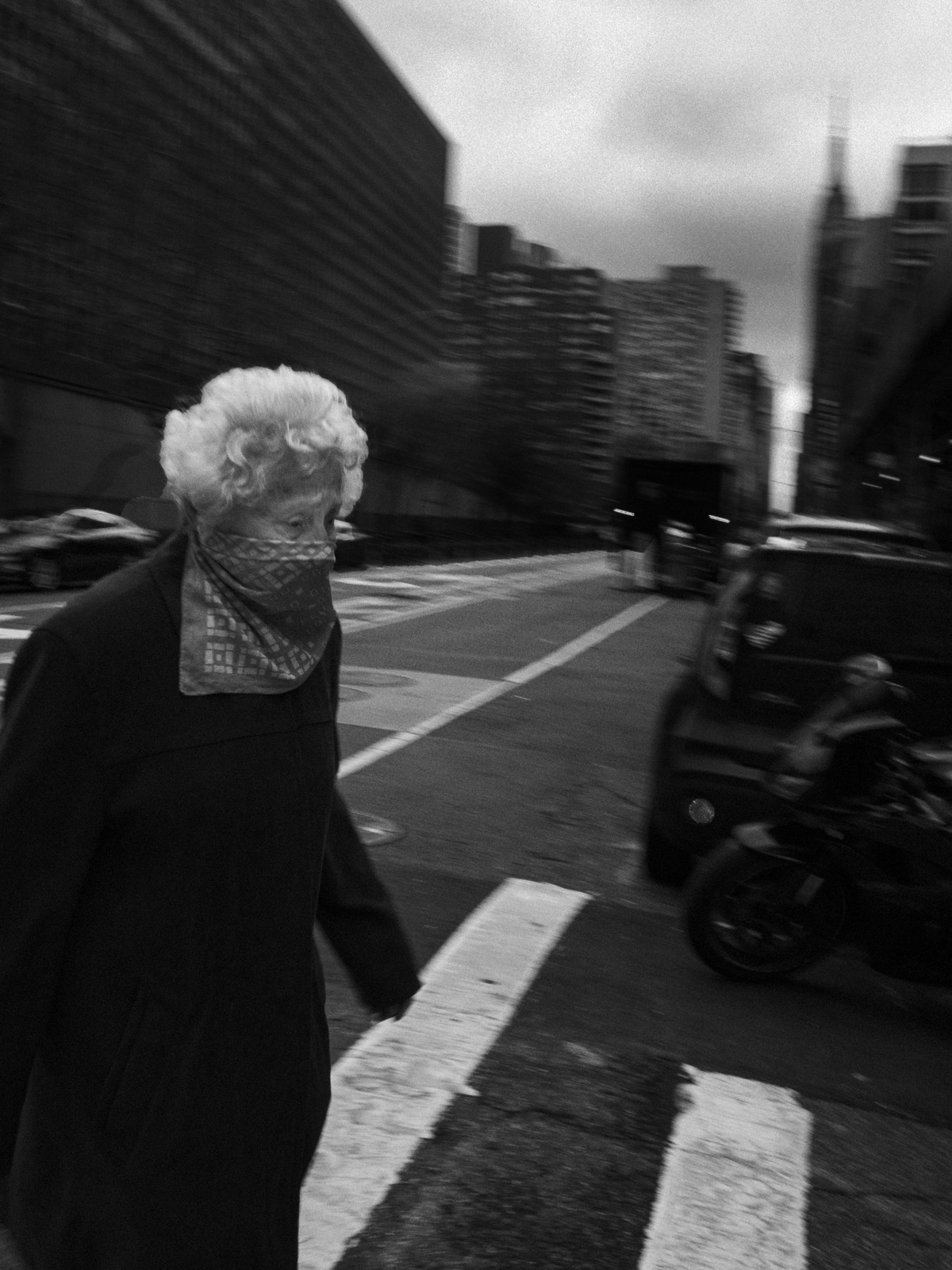 Woman with a silk scarf over her face, across from NYU Tisch Hospital.

In an alley behind Bellevue hospital, I saw a couple of EMT’s taking a break in the back of their ambulance. I spoke to them briefly, they seemed exhausted. After a few minutes, a guard told me to leave. 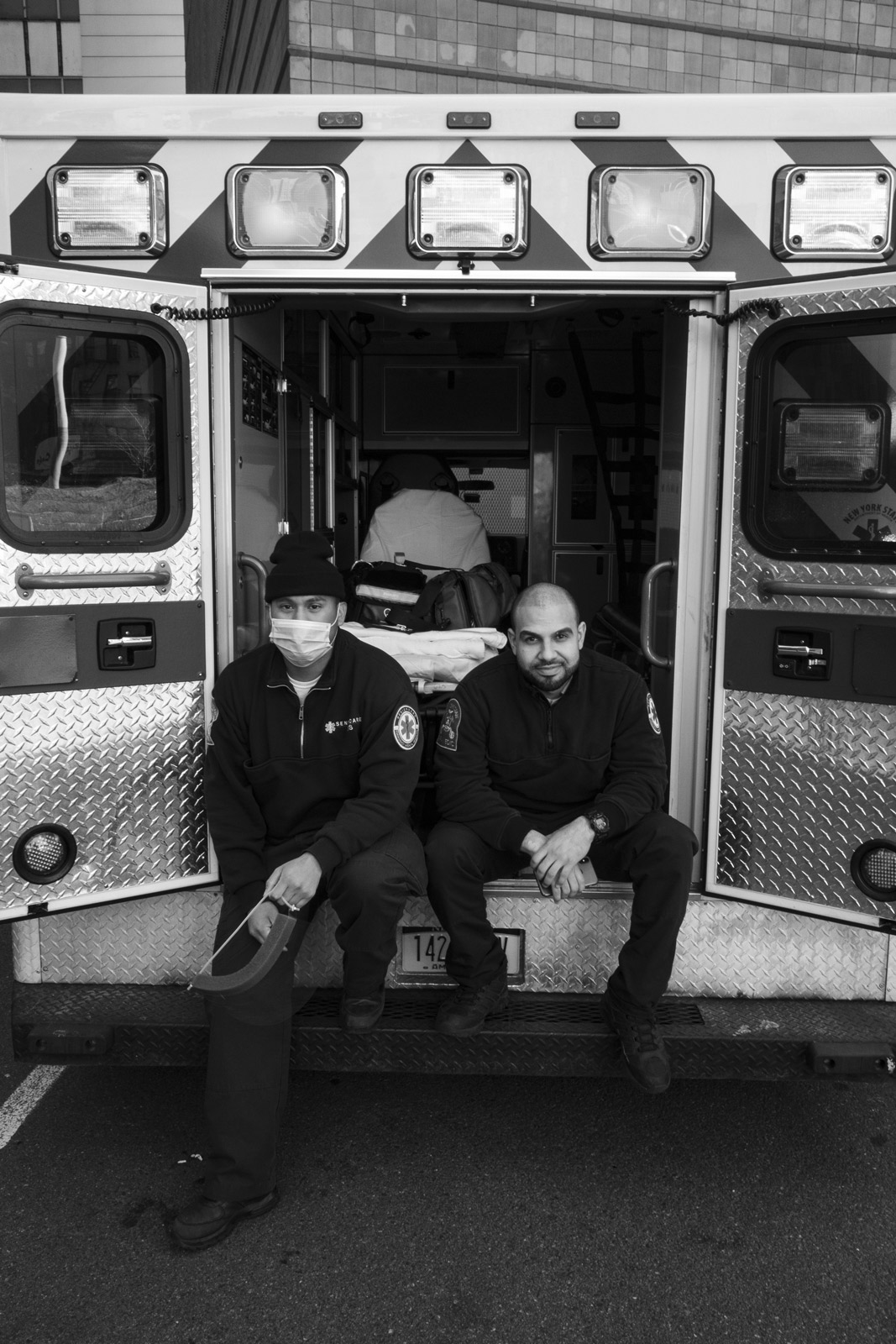 It’s eerie to see everyone in their PPE. It feels apocalyptic. But there’s no uniformity to the PPE you see outside. Some people are in full gear, others wear only gloves or a mask. I saw a patrol car with one cop wearing both a mask and gloves—and the other with nothing. Not everyone’s equipment seems logical. I photographed a woman with latex gloves and a balaclava that covered her nose but exposed her mouth. A lot of people were wearing their masks on their chin or head. 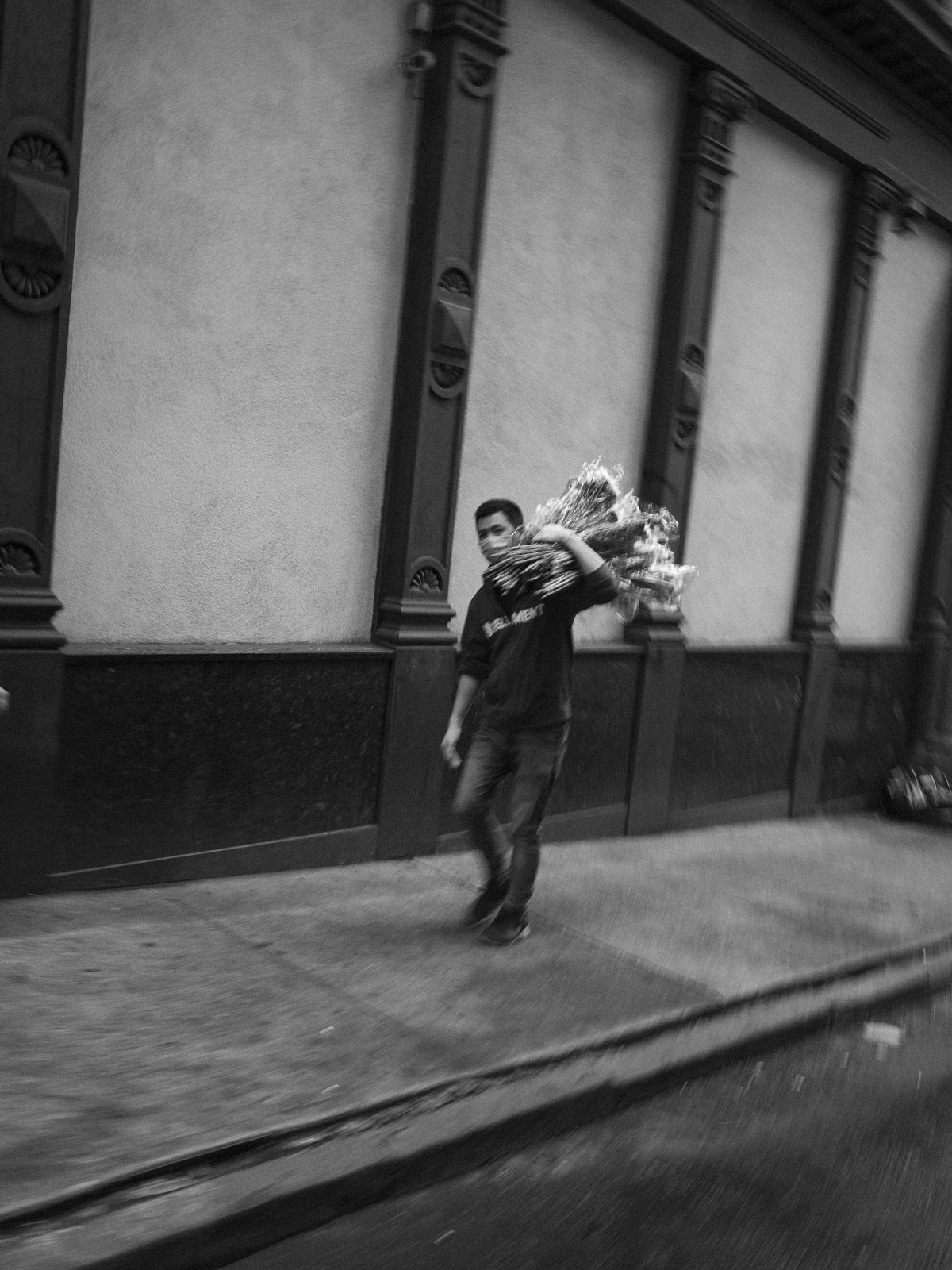 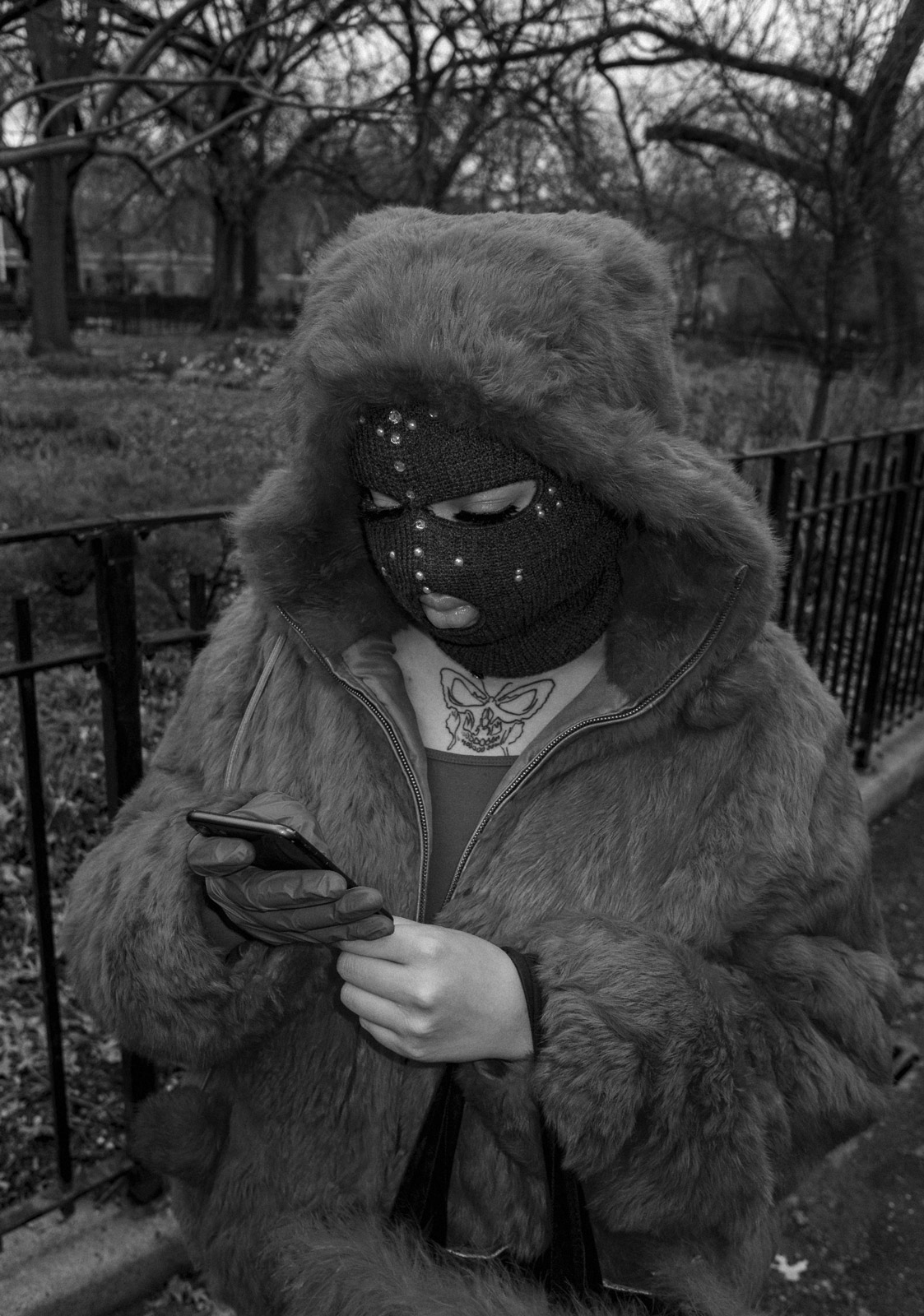 Right: A woman in a balaclava in Tompkins Square.

With the scarcity of people and movement, the geometry of the city’s architecture is isolated and much more visible. Usually, it’s difficult to isolate a subject when photographing in New York, but with so few people around it became possible to fill a frame with one figure shadowed by an empty city. 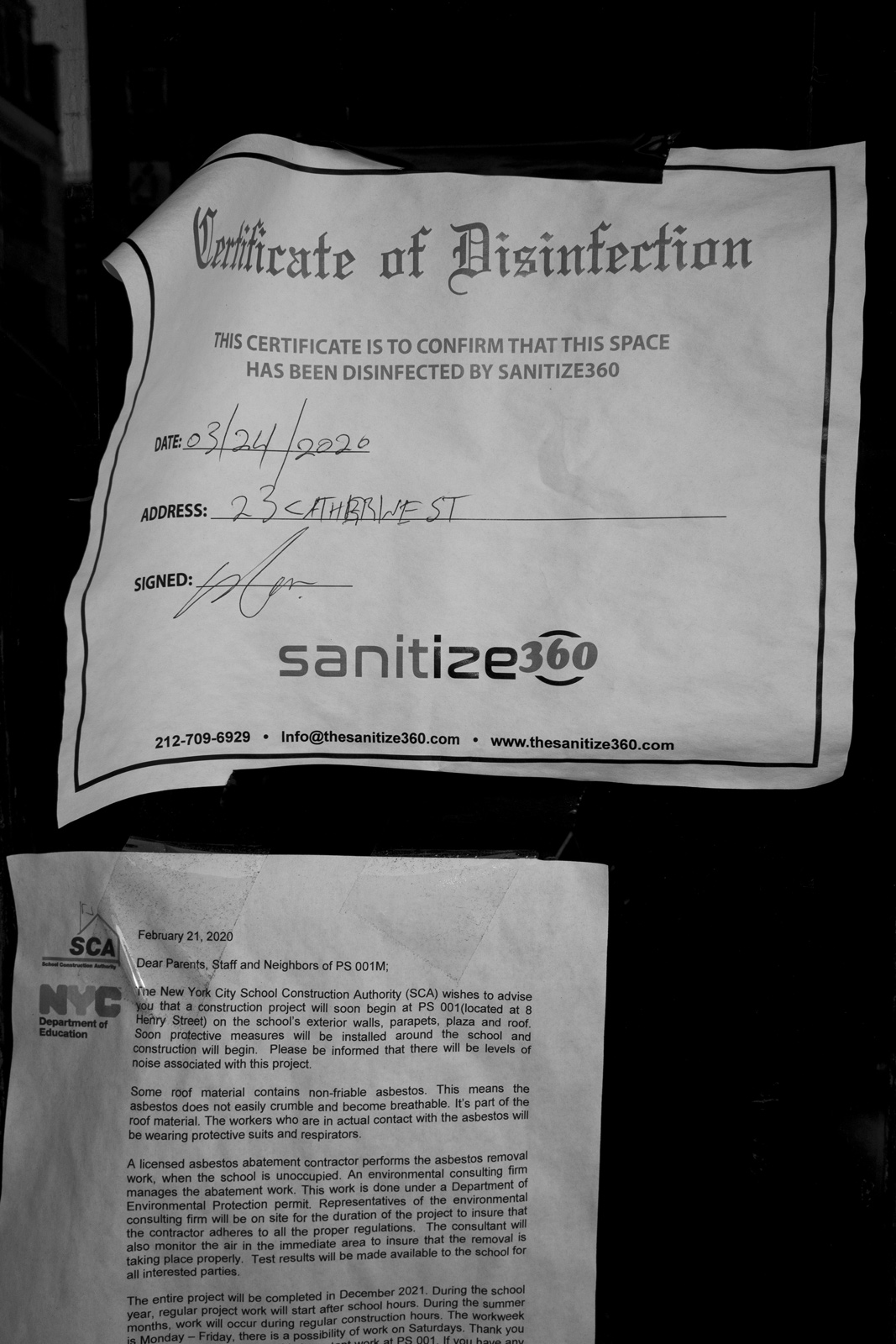 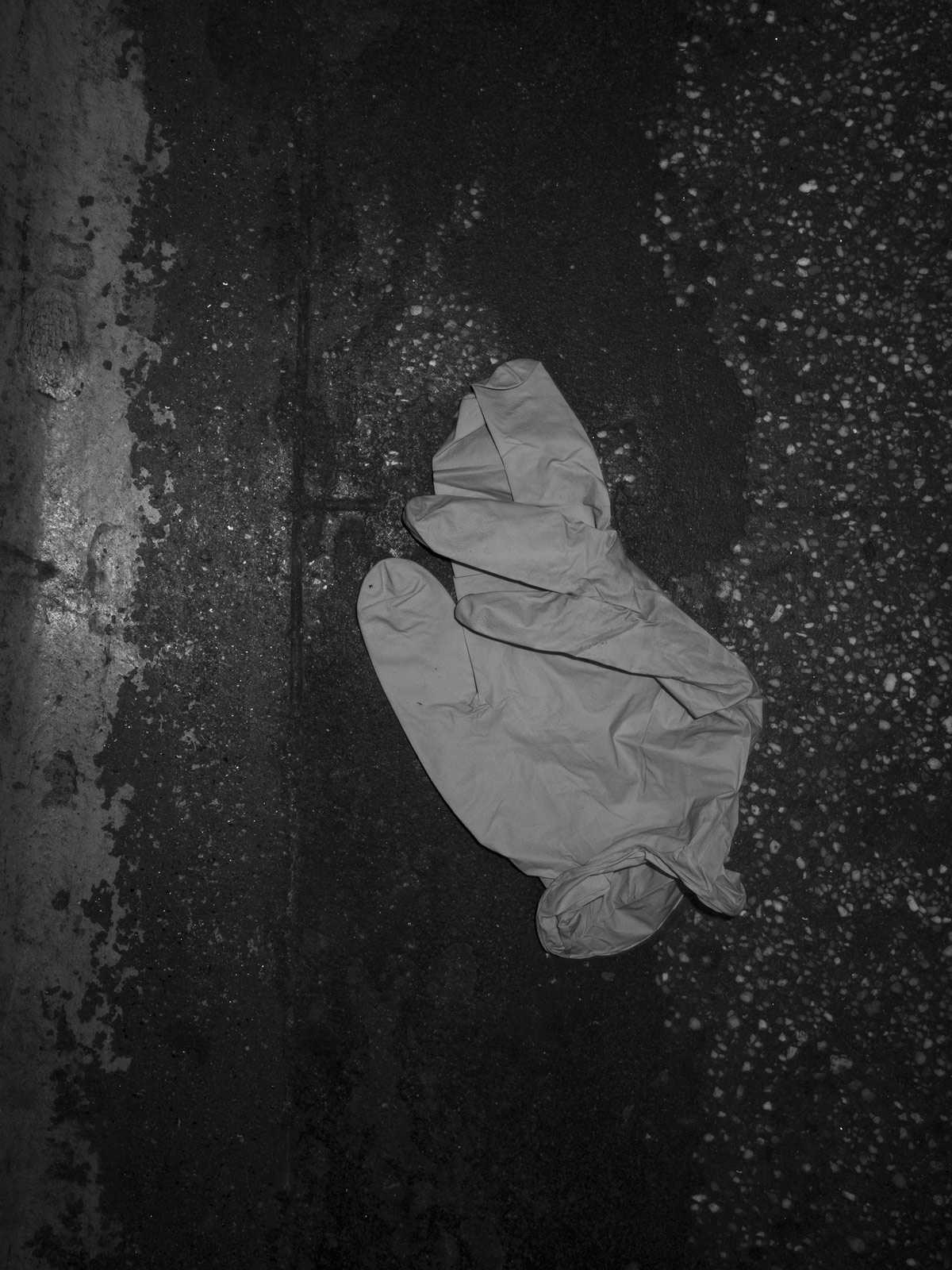 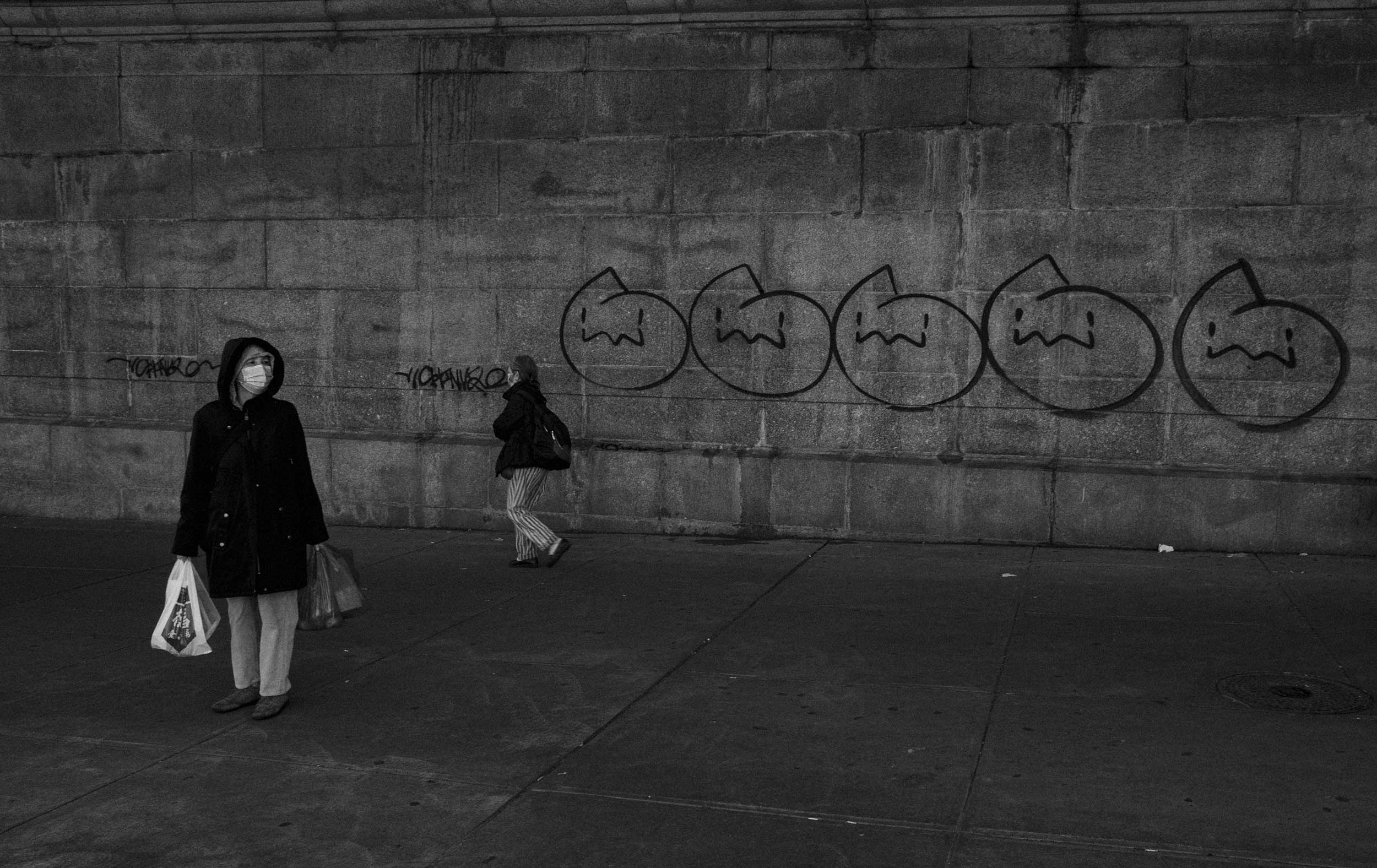 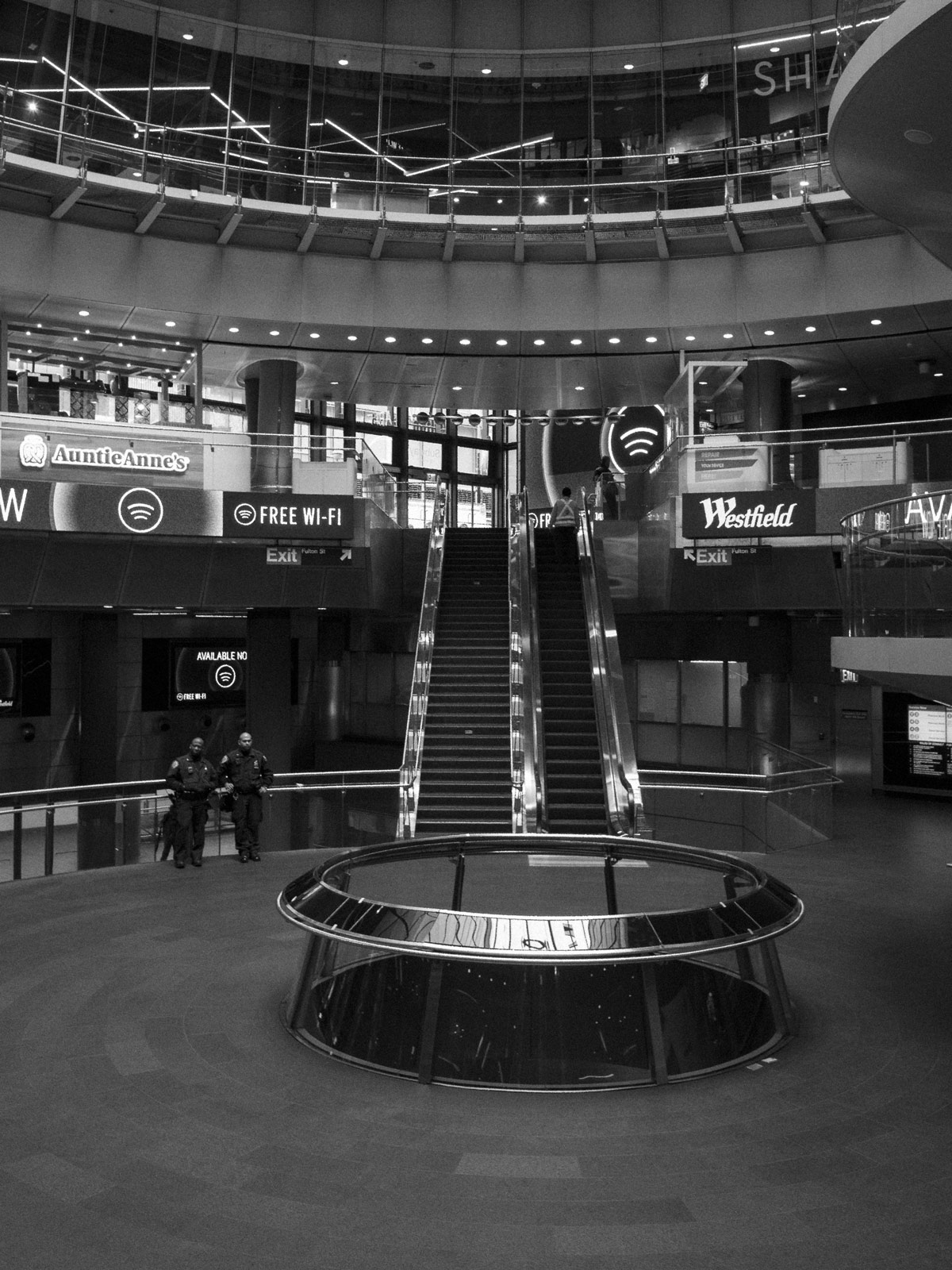 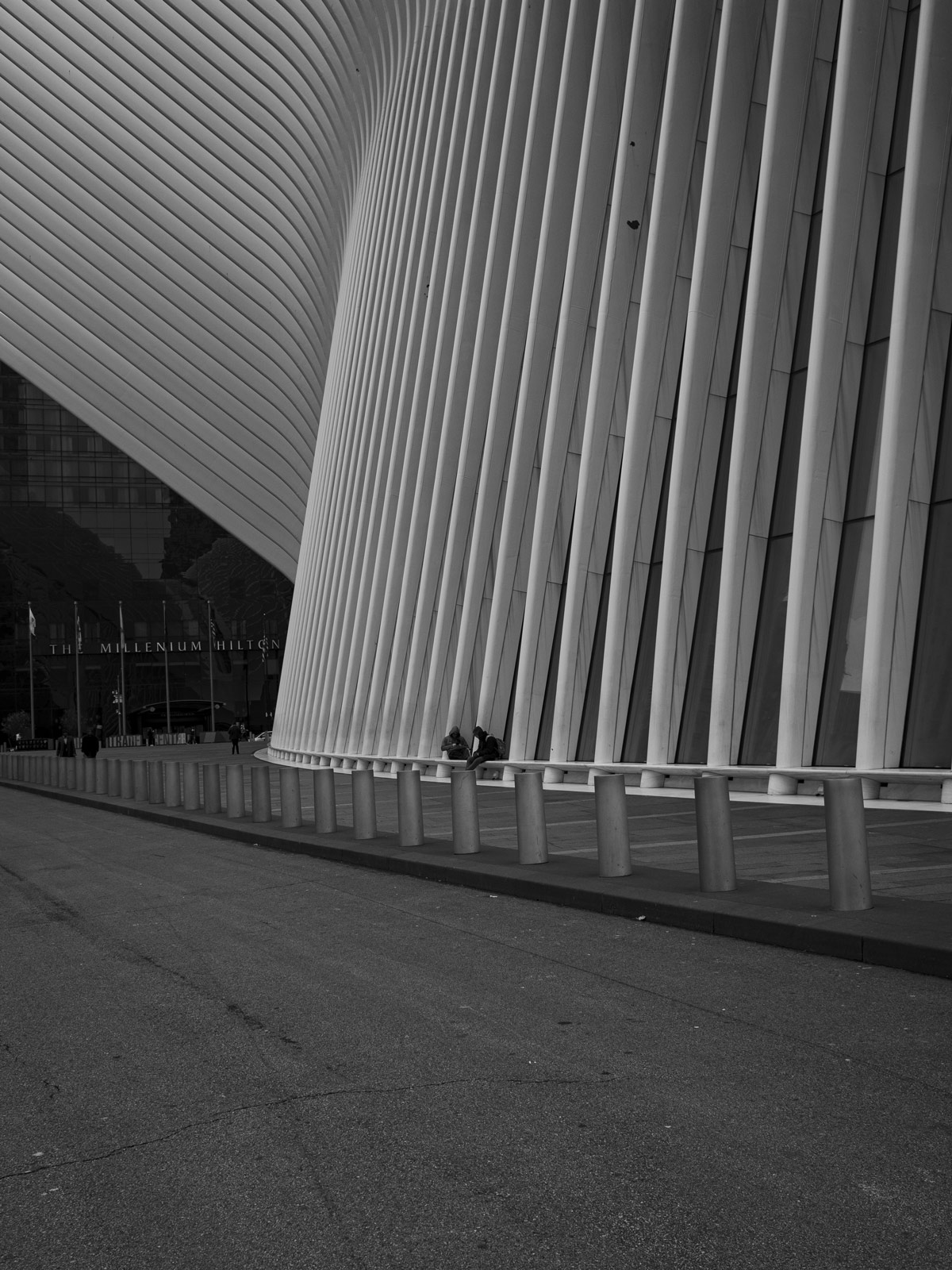 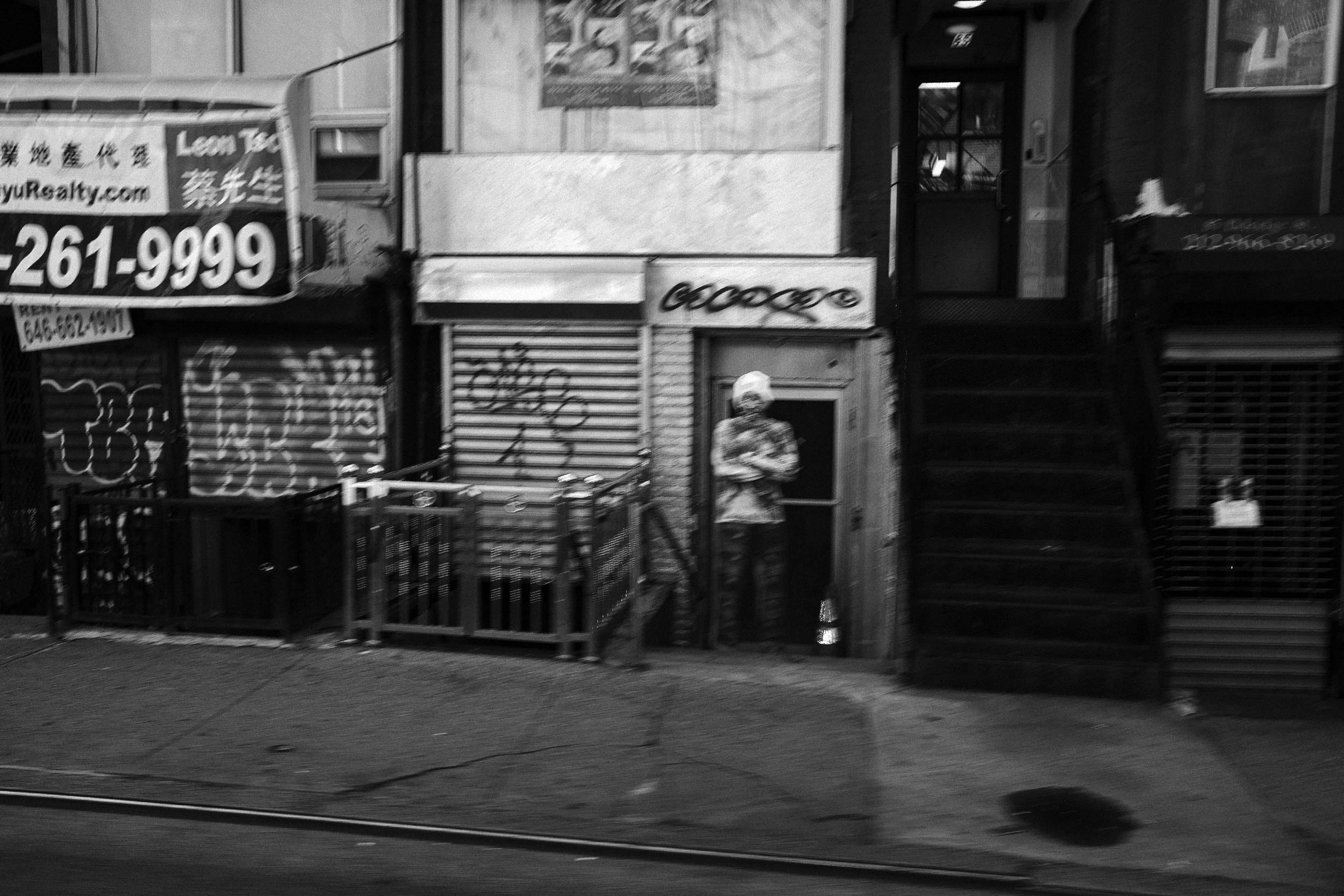 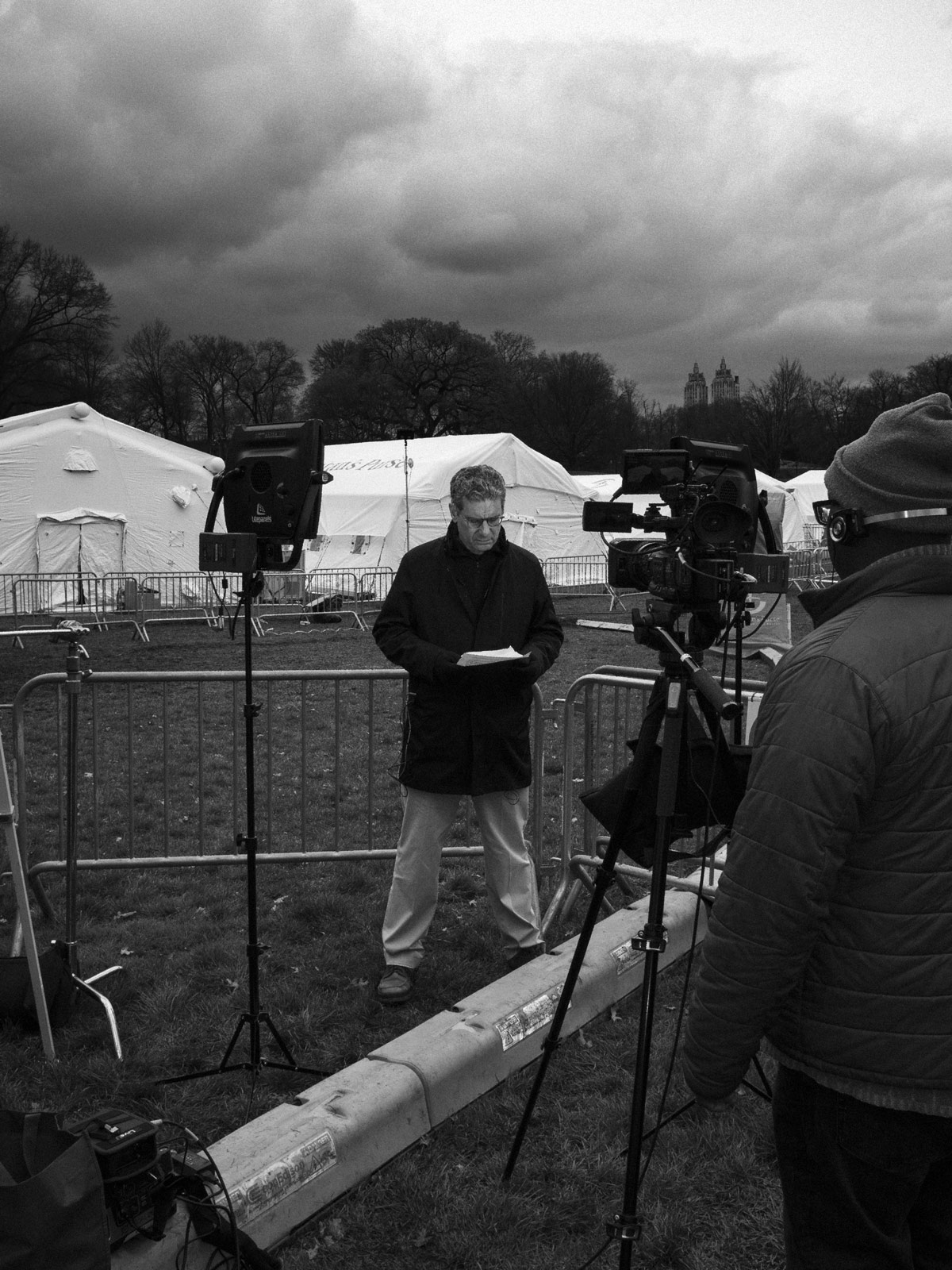 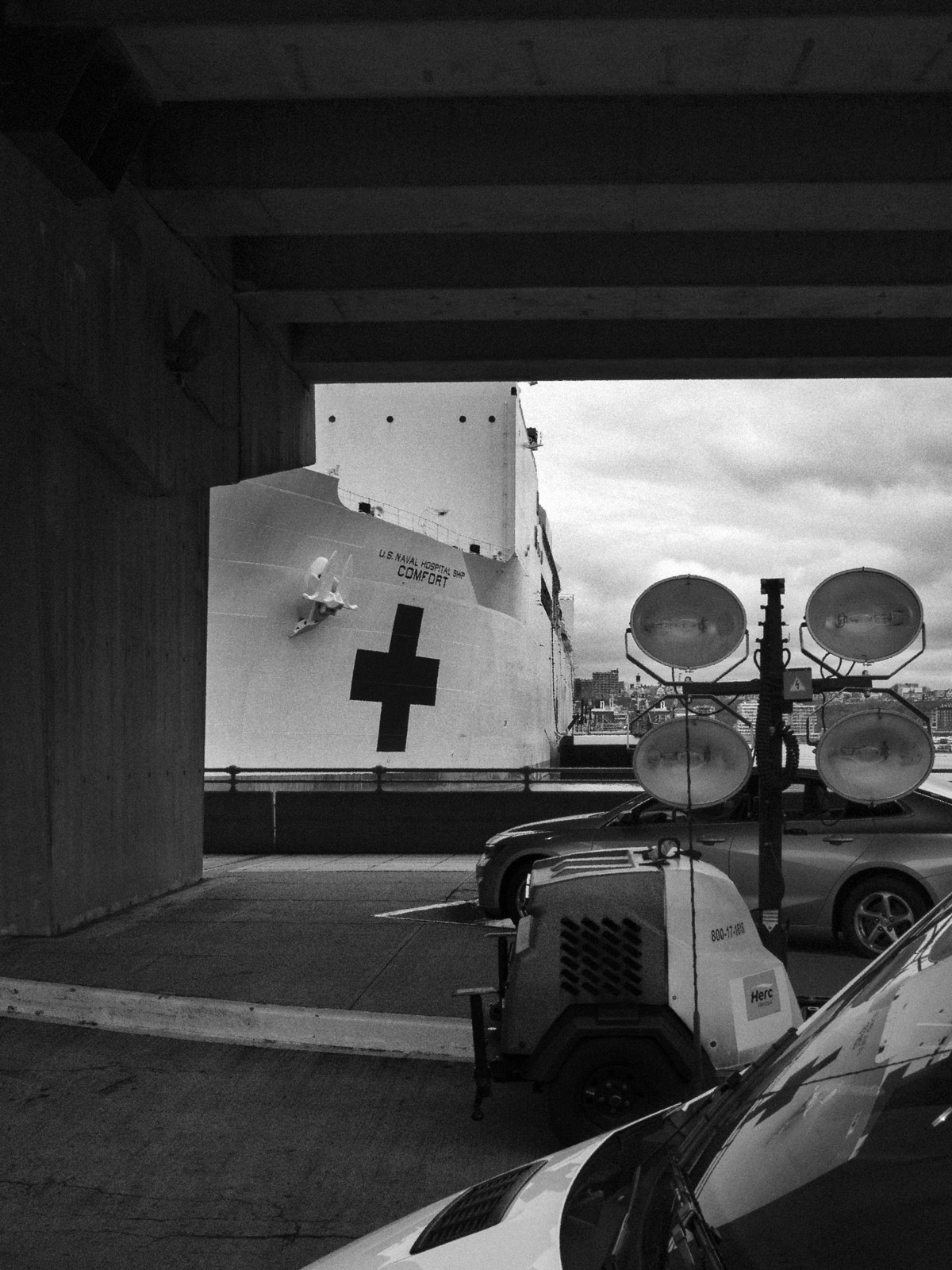