Goutweed, dandelions, and dad jokes: Steve Brill and his botany wizard daughter take us on an urban foraging tour in NYC

For nearly 40 years Brill has been leading people on culinary expeditions through the parks of the five boroughs and beyond. Budding naturalists leave their 200 square foot apartments to go listen to his Rodney Dangerfield one-liners about the edible flora they could find in their backyard, if only they had a backyard. And then they go again.

Brill has built a career and a bit of a following out of collecting and cooking ingredients he finds growing around the city. In the warmer months, his calendar is packed with lectures and tours all around New York. Brill has found himself a niche, and it caters to everyone from middle schoolers on field trips to eccentric Brooklynites. Today, 20 or so curious attendees will be scavenging Prospect Park for its early-spring goodies.

I walk up to Brill and introduce myself; when he gets up to shake my hand, he has to adjust the twisted spade and iPad that hang via carabiners from both sides of his dirt-streaked cargo pants. He has a white beard and a slight curve to his posture, suggesting years of having to bend over to pick things up. He introduces himself as Wildman. I’m told I’m welcome to take a look at some of his books that are laid out on the steps while we wait for the other tour-goers: foraging-based vegan cookbooks and plant-identification guides with hand-drawn illustrations, for both children and adults. They’re all for sale, and they’re all branded with “‘Wildman’ Steve Brill.” He markets himself well.

Wildman’s daughter, Violet, a high schooler and botany wizard in a parka, tight-rope walks a stone wall, binoculars swaying around her neck. Her tightly-wrapped scarf and conservatively worn beanie leave little room for her face. When she talks, she leads with a toothy grin. Wildman tells me I’m lucky. She’ll be the co-guide today. She’s very knowledgeable, an expert bird-watcher, he says. Which, I don’t doubt. She was raised by someone who calls himself ‘Wildman.’

People begin to trickle in. Married couples, families, people celebrating their birthdays. 20-somethings, 30-somethings, people who are younger, older. There’s one kid waving a stick around like a bow staff. A lady brought a dog in a sweater vest. Two off-duty chefs chat about opening a restaurant. People are from Brooklyn, Manhattan, Queens. People are wearing hiking boots, high-heeled leather boots, YEEZYs.

Wildman does roll call, and then, with the foraging guru and botany wizard shepherding us, we stomp into the park, en masse, our plastic bags, mason jars, and Tupperware at hand for whatever delicacies appear. 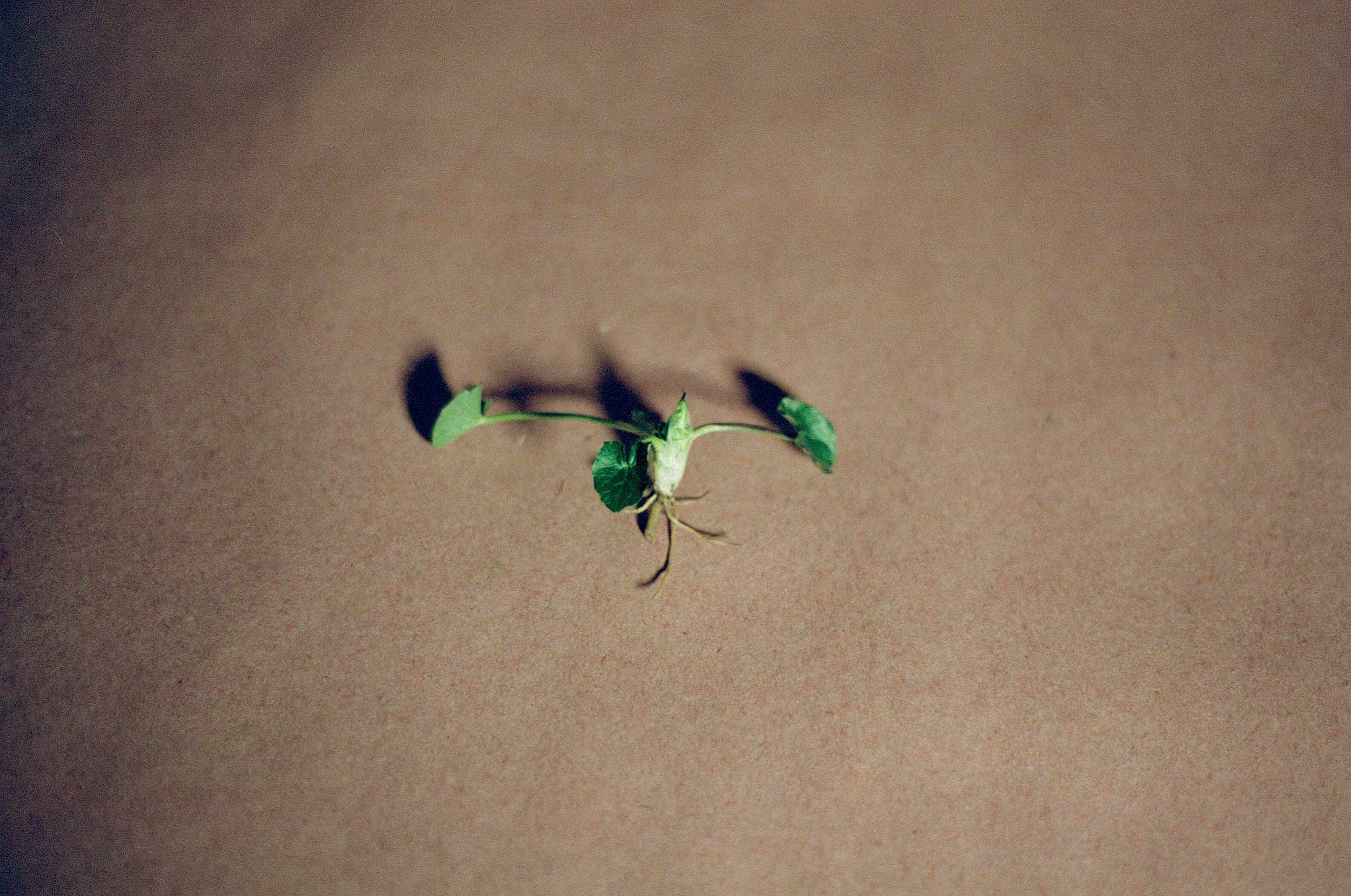 We scrum around her as she picks a glossy, kidney-shaped leaf from the ground and passes it in front of our faces for us to see that it is of kidney shape.

Violet: “Lesser celandine isn’t very good by itself, but it makes a great thickener when put into soups. It also gets rid of bitterness”

Wildman: “It’s in the buttercup family, so it’s good until late April, when it flowers. Then it becomes slightly poisonous. It won’t kill you, but it might make you sick. Go ahead and collect some. Put it in plastic bags.”

We splinter and begin grabbing small fistfuls of lesser celandine in all different locations.

Wildman: “Oh! and it has little tubers. Violet, can you show the people the tubers?”

We all re-scrum so Violet can show us the tubers. 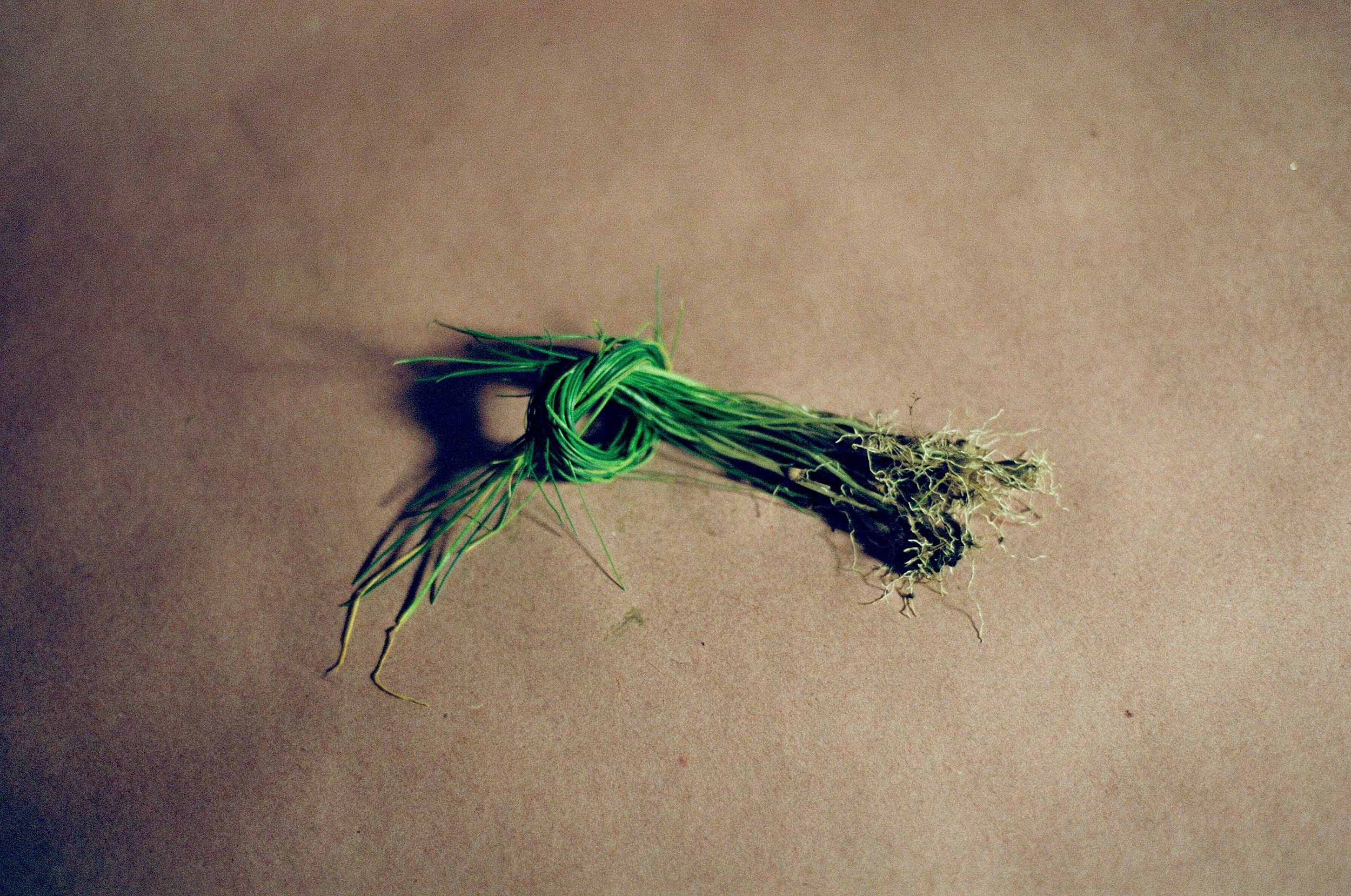 Violet [yanking a thing of stringy, green hair from the ground]: “This is called field garlic. As I pass it in front of your face, you can already smell the field garlic. It smells like garlic. Most of the time, people forget to smell the plant to identify it. Often, they just check for what the leaves look like and what the flowers are. But this one’s easy to identify. As you can tell, it smells like garlic.

“People confuse it with grass. It’s not related to grass though. The difference is that grass has flat leaves and field garlic has round, circular leaves. It is related to scallions and chives, and you can use it the exact same way. It has very flavorful bulbettes.”

Wildman: “Who wants to try some? Take a bit, pass it around. It gives you a seat on the subway going home.”

Violet: “Because if you eat this plant, it gives you a superpower. It makes you a super-villain and gives you an evil power. It’s called Death Breath. After you eat this, blow into your friend’s face and if it doesn’t kill them, it’ll make them wish they were dead. But BEWARE. There is a poisonous lookalike to field garlic. It’s called Star of Bethlehem.”

Wildman: “Which has flat leaves.”

Violet: “And if you look it has a white stripe running down them.”

Violet: “This has actually caused the only death we have ever had on one of our tours.”

Tourgoer [suddenly alert]: “Oh my god, there was a death?”

Violet: “We warned everyone about the differences between the two plants, but five minutes later a woman was putting the poisonous plant in her bag. We stopped her before she could eat any, but the poor woman still succumbed. She died of embarrassment.”

The tour has a definite rhythm. We all meander along a predetermined route until Wildman or Violet draws our attention to a plant. They then explain its identifying characteristics and culinary uses, usually with the iPad, as a visual aid. After that, we’re dismissed to go find the thing ourselves. Throughout this cycle, though, neither tour guide misses the opportunity to make a groan-inducing joke. 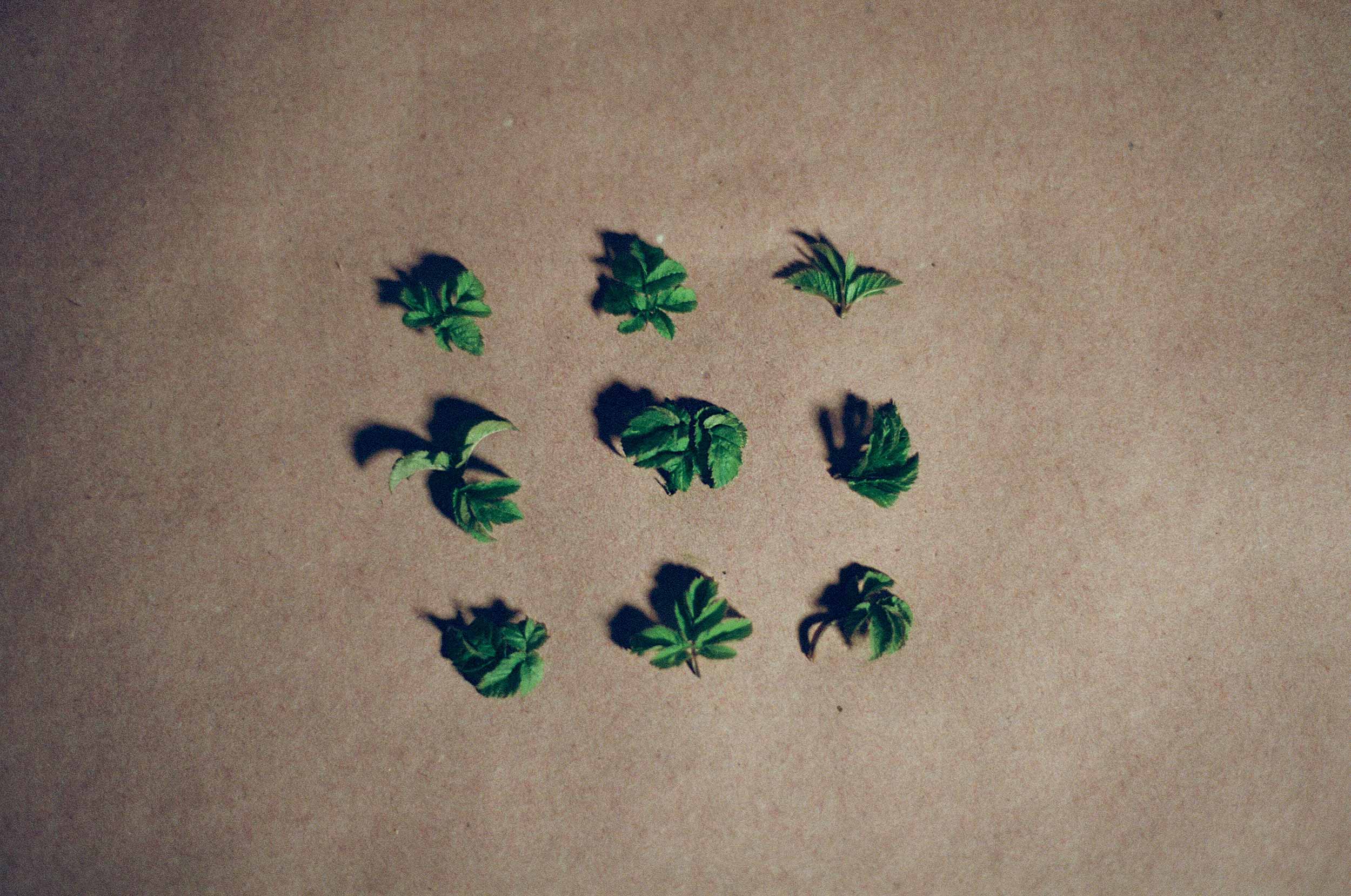 Violet: “So this is one big leaf, divided into three segments, which are divided into lobes. There are lots of little teeth and serration on the edges of the leaves—”

Violet: “—and in the middle of the year, the leaves become too tough to eat, but now, they’re delicious. They taste like a combination of parsnips, celery, and carrots.” 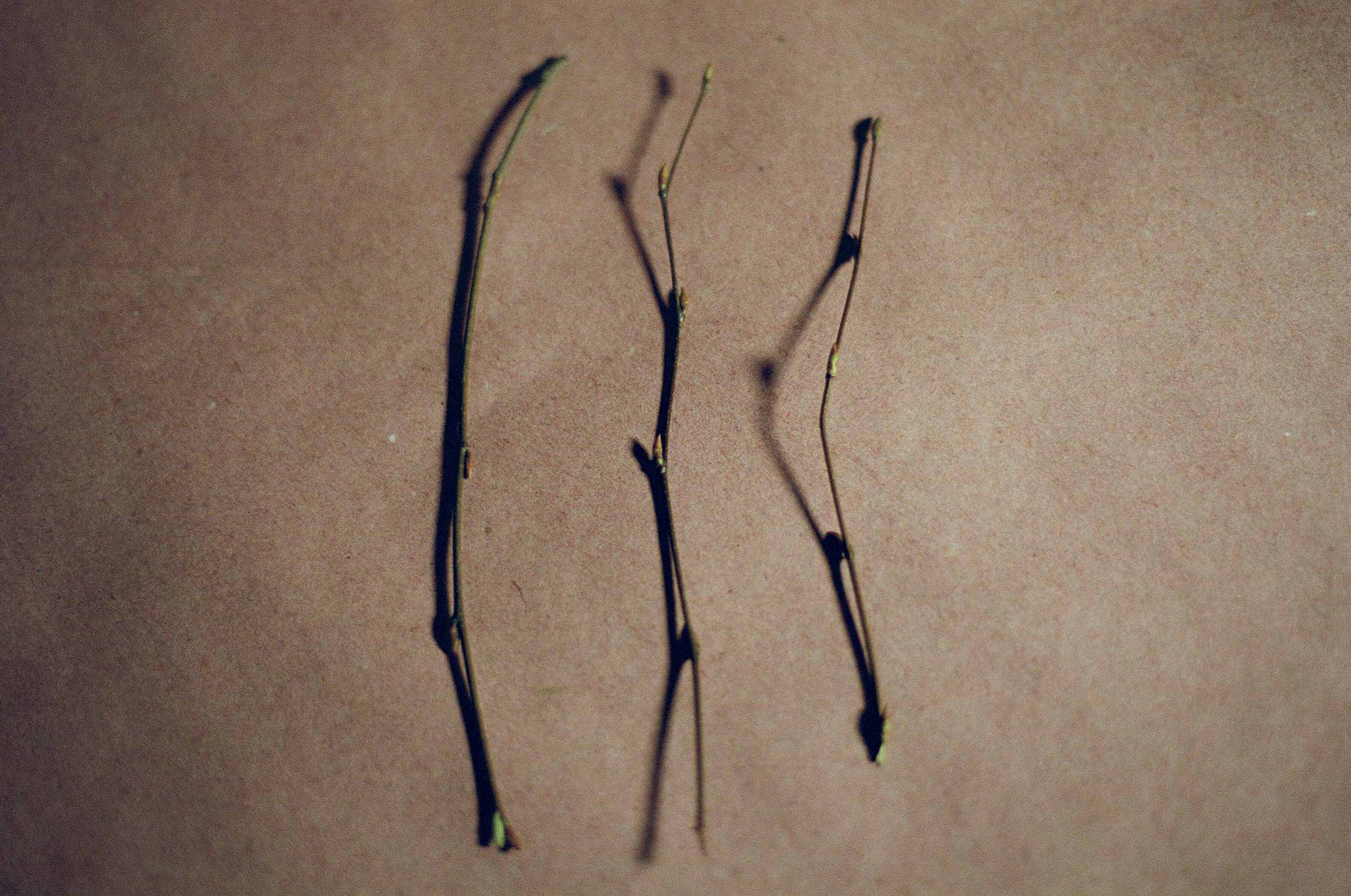 Wildman: “It has oil of wintergreen! And it’s a low dose aspirin. It’s perfect for babies when they’re doing what? …Teething! That’s right. So the traditional way to go about this plant is to make tea. But I’ve made pudding. I call it stick pudding.”

Wildman dollops minty sweet tapioca pudding on the back of everyone’s hand, and we all lick it off.

Tourgoer: “Wildman, is black birch what they make birch beer out of or is that white birch?”

Wildman: “That would be black birch. White birch is as tasteless as my jokes.” 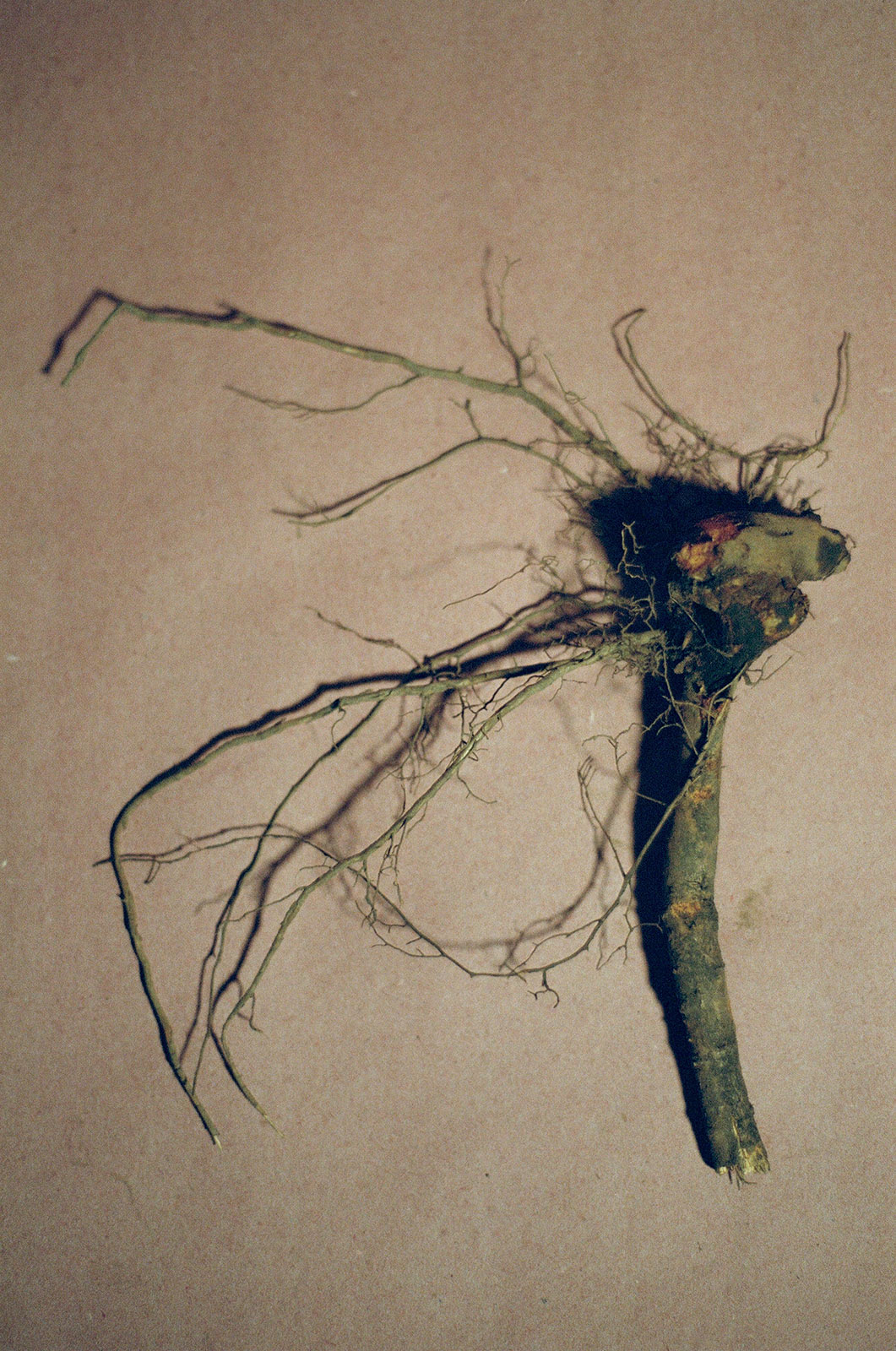 Violet: Sassafras looks like a menorah. That’s how you tell it’s a Jewish tree.

Wildman cups his hands and claps them in front of his open mouth, making a pitched, percussive sound to the tune of “I Have a Little Dreidel.” After two choruses and a smattering of applause, he grabs a sapling with two hands, hoists it out of the ground, and then knocks the muddy root against his boot.

Wildman: “It’s considered a weed tree; it’s totally renewable. We’ve been collecting sassafras in the same place since ’82. To get the dirt off, just pour a little bit of water on it and rub really hard like this. I happen to be really good at it because I’ve had a lot of time to practice since the divorce.”

Violet: “It’s illegal to sell sassafras. Sassafras tea is off the market. Yet people sell the powder made from the leaves. It’s illegal because to the government’s horror, the FDA found out that by drinking only 200 cups of sassafras tea a day, made from artificial concentrate, or 400 cups a day, from non-concentrate, for two years—and you happen to be a rat—you have a higher chance of developing liver cancer. That’s because the ingredient in sassafras is safrole. Rodents convert safrole into a carcinogen. Humans do not. In all of recorded history, no human has gotten sick from drinking sassafras tea, which people have been using since the Native Americans. Yet, beer, due to its alcohol, is 15 times more carcinogenic to humans than sassafras is to rodents. This proves two important points. One: There’s a bigger beer lobby in Washington than a sassafras lobby. And two: There are a lot of rats in the FDA.” 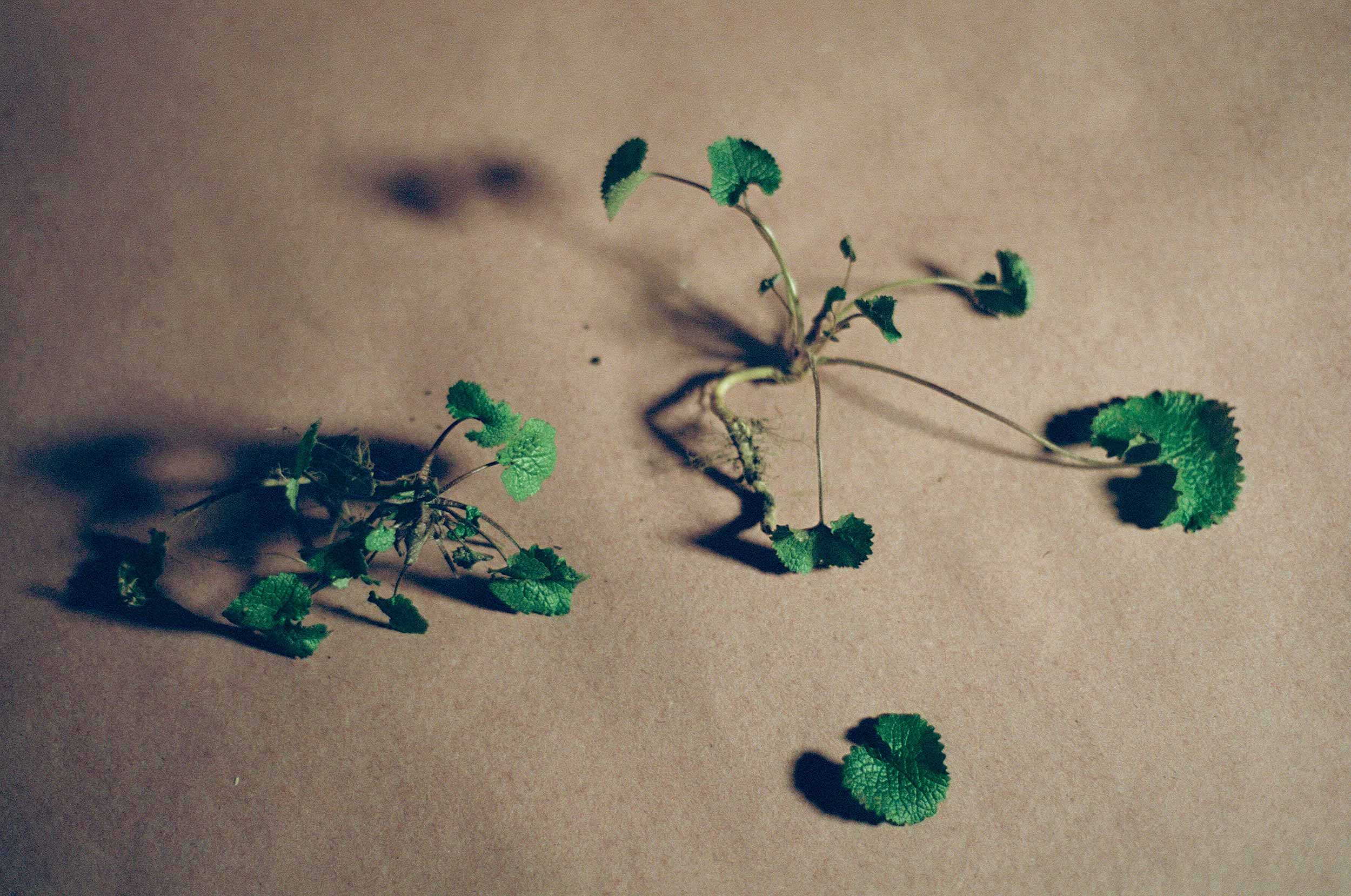 Violet: Garlic mustard has heart-shaped leaves with teeth on edges of leaves, and the leaf-stalks are purple. It also smells like horseradish, so…”

Violet: “When the plant dies, it’s very sad. The skeleton has needle-shaped seed pods on it. When this happens, you take your hand and run it up the plant to get the seed pods off. Then you rub your hand together to separate the seeds from the seed pods and gently blow to get rid of the pods. If you do that, you have black mustard seeds.”

Wildman: “Also, you have to be careful not to let them fall when you’re collecting them. Especially if you’re Catholic. Since you’re not supposed to spill your seed.” 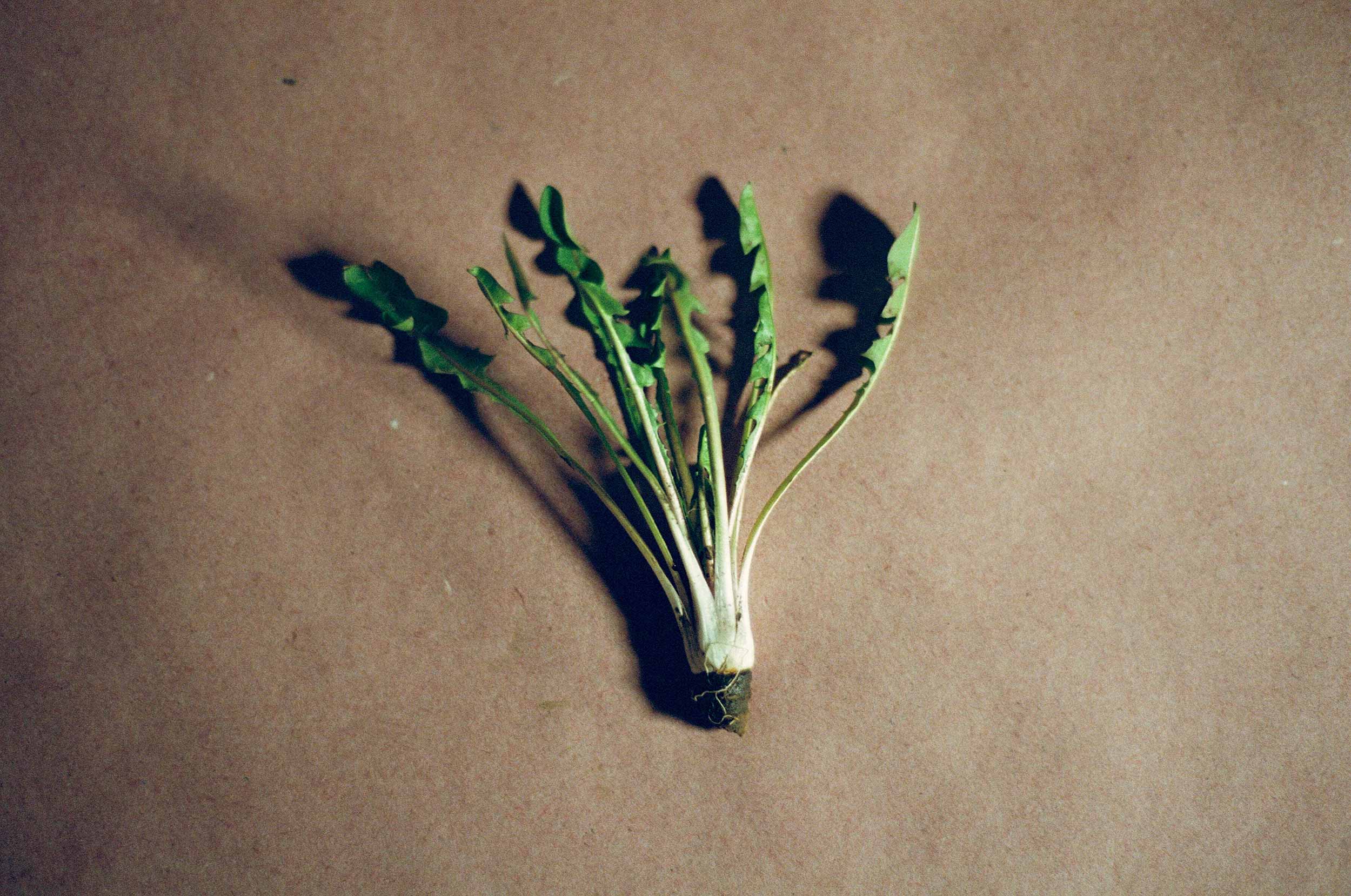 Wildman: “Very delicious, tastes a little like lettuce. It has a little bit of bitterness. Everyone, how would you get rid of the bitterness?”

Wildman: “Lesser celandine! If you cook it with lesser celandine it gets rid of the bitterness. But it can be dangerous. I ate one bite of dandelion—4pm, march 29, 1986—and my life totally changed.

“It turned out we had undercover park rangers on my foraging tour of Central Park. One of the rangers, after I ate the dandelion, ducked behind a tree. [Into an imaginary hidden lapel mic] ‘Alright there he is on 81st street. Go get him.’ Every park ranger in New York City popped out from behind the bushes. They surrounded me, in case I was going to climb up a tree. Put me in handcuffs, lest I bop them on the head with a dandelion. Searched me—I don’t know if they were looking for weeds or weed—and took me to the police station in Central Park.

“They took fingerprints, they took mugshots, they charged me with criminal mischief for removing vegetation from the park… I could face a year in jail if convicted. But then, they made a really bad mistake. They turned me loose.

“I went home. I used the phone. It went viral. Five minutes on CBS News with Dan Rather, page one of the Chicago Sun Times, and BBC in London. [Imitates a posh, female accent] ‘in American news, there was the arrestment of the Wildman of Central Park for eating a dandelion.’ When they took me to court, I served ‘Wildman’s Five Borough Salad’ on the steps of the Manhattan Criminal Courthouse to reporters and passersby. The press ate it up. I got on everything from Letterman to MTV. The Park’s Department, after that, turned over a new leaf.

“They negotiated with me, dropped the charges, and hired me to teach foraging, which I did from ’86 to ’90. Sadly, they haven’t come after me since. That’s all thanks to the dandelion.”

Wildman and Violet shoot each other a knowing glance then turn towards us, clapping their hands in front of their faces to the melody of the Looney Tunes outro.

Tours can be scheduled on Wildman’s website; recipes can be found on his app. 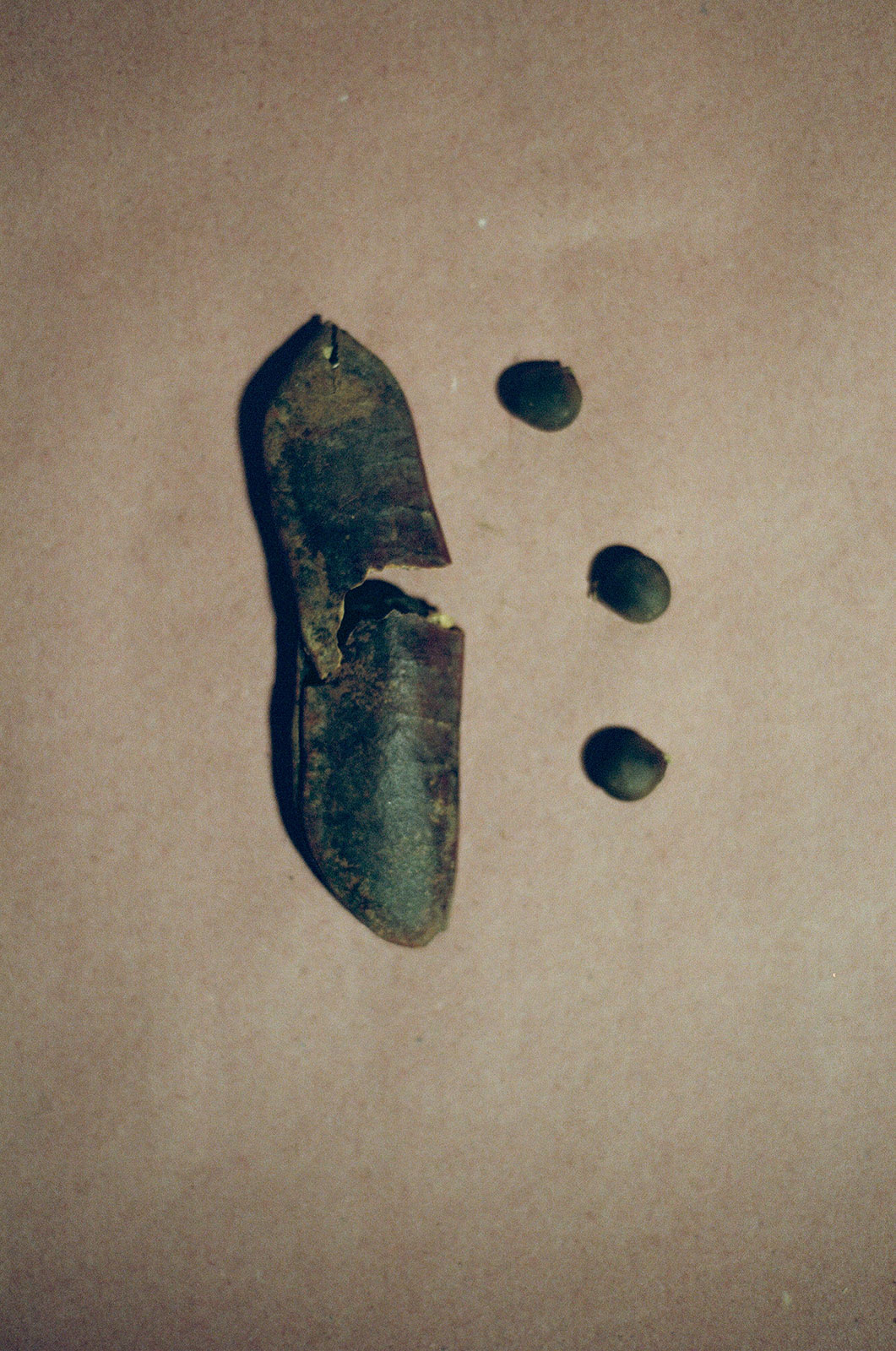 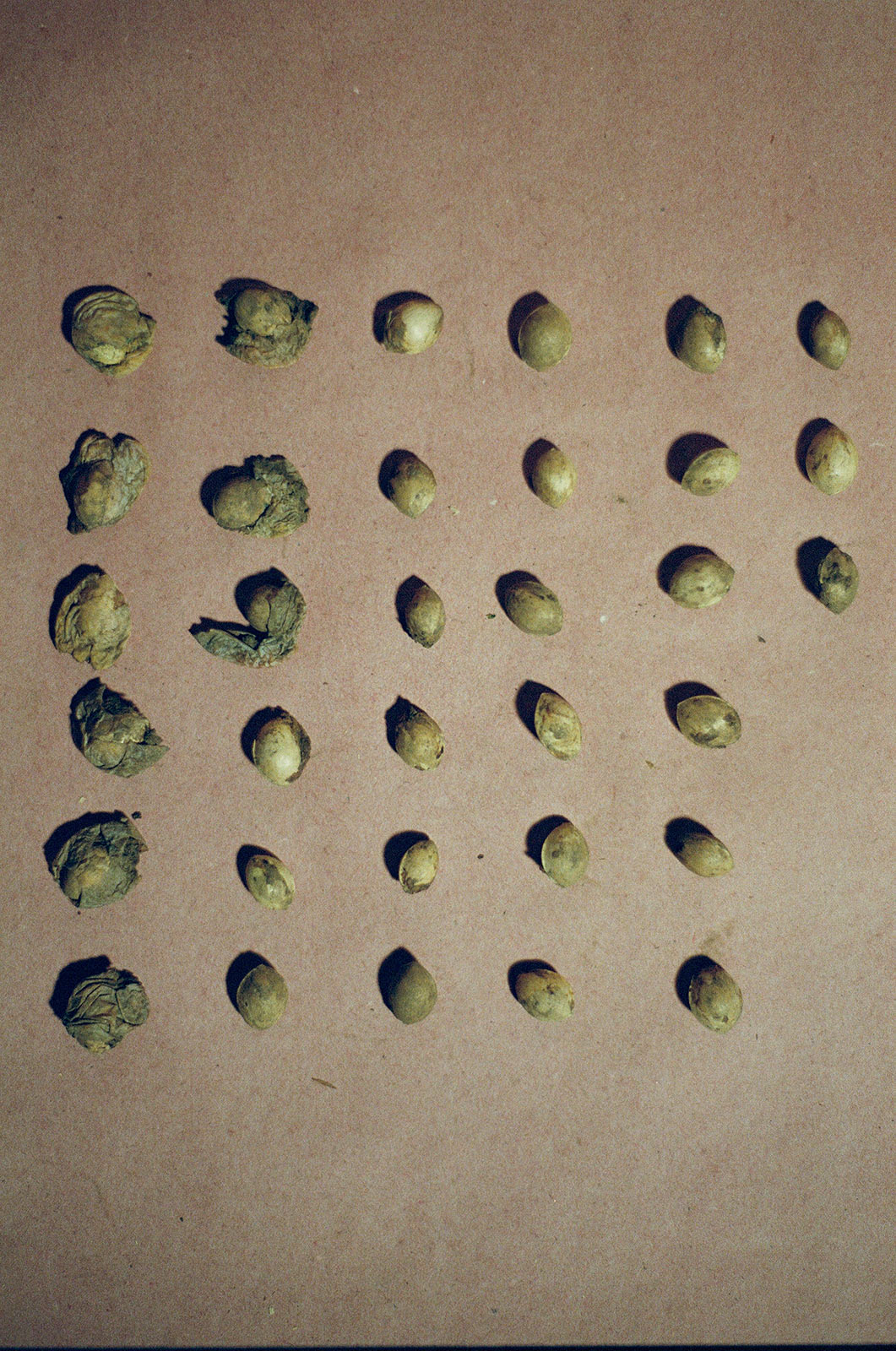 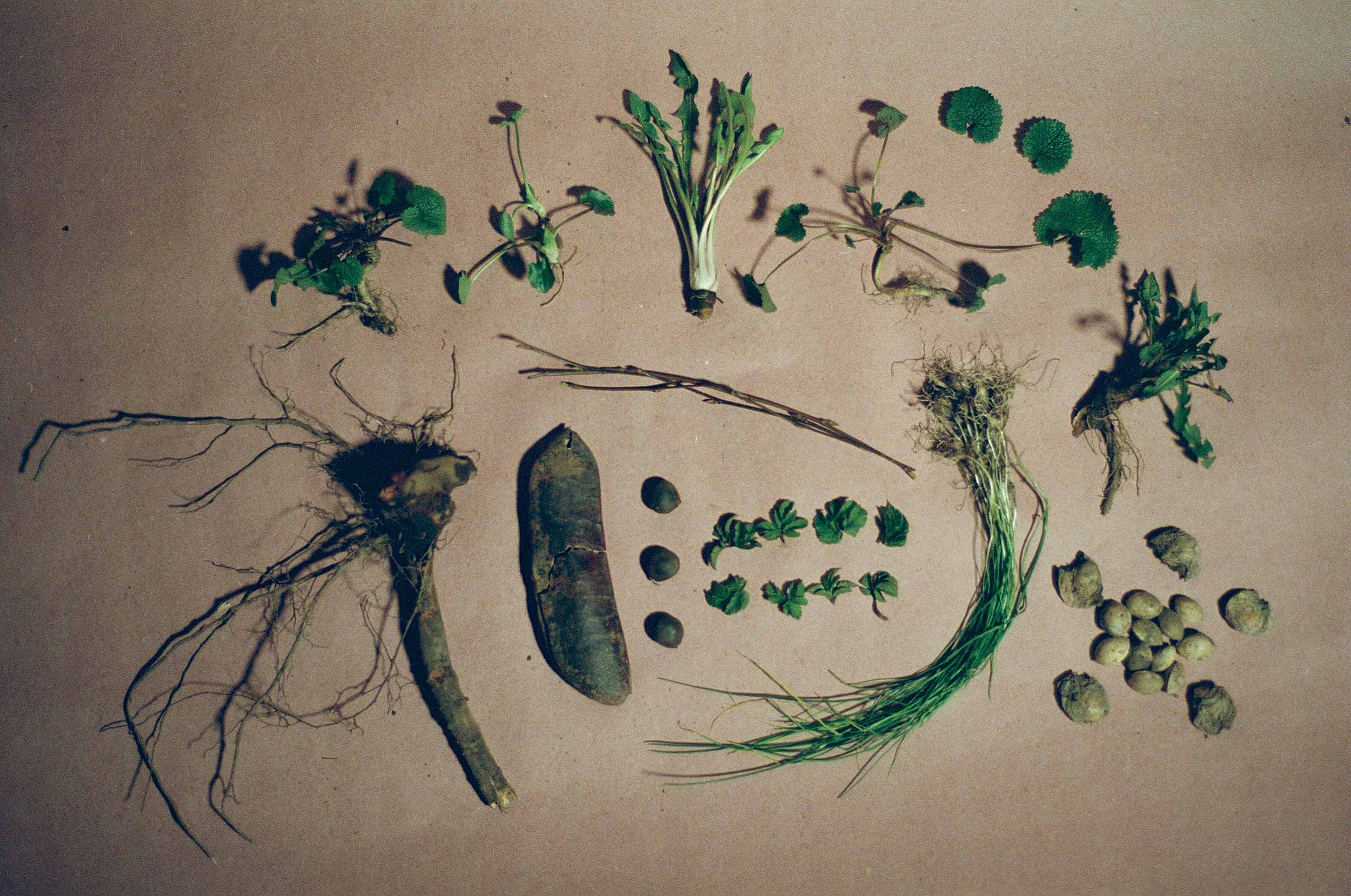 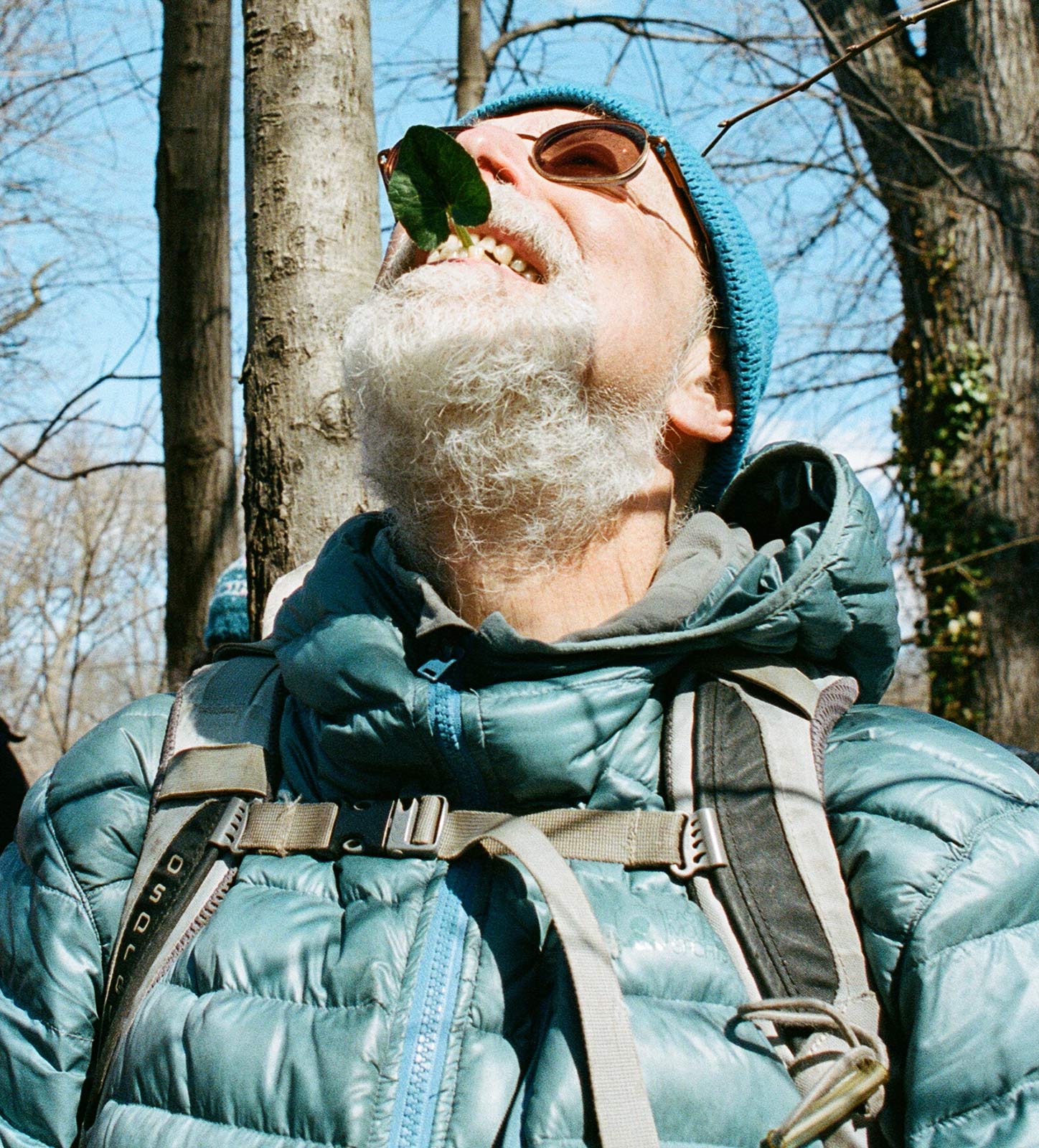