Claudia Summers is the quintessential downtown New York It Girl—the perfect blend of beauty, brains, style, nerve, and enough DGAF energy to set this town on fire and watch it burn. Hailing from St. Louis, she arrived in Manhattan by way of San Francisco during the 1970s, bridging the punk, disco, and no wave scenes. She got her start in sex work as a dancer working at mafia-owned strip clubs in Times Square before becoming one of the city’s most revered dominatrixes at a time in New York City history when the BDSM culture was deeply underground. Summers and a colleague opened their own place, designed their own furniture, and created their own equipment to use on men paying good money to submit to mistresses with a reputation for being hardcore.

Muse of Marcus Leatherdale, Summers chose to pursue sex work at a time when few women did. She used her freedom and earnings to finance her dreams of becoming a rock star, playing synthesizer in the Andy Warhol-managed musical outfit Walter Steding and the Dragon People, and appearing as lead vocalist on the 1984 club hit “The Dominatrix Sleeps Tonight,” which was banned from commercial radio and MTV. All the while, Summers was working through her own trauma, trying to heal from an assault that changed her life forevermore while simultaneously managing a drug habit that made her a high functioning heroin addict for years. Summers, who is currently working on a novel of linked short stories, shares her journey, offering hard-won wisdom and insight for anyone aspiring to liberate themselves from the patriarchy. 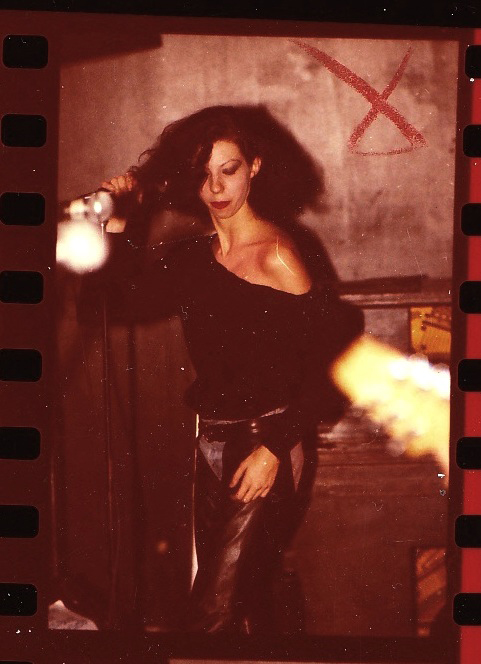 “One day, he shared with me that he was an ex-Vietnam P.O.W. and what I was doing to him was basically what had been done to him. He said the only way he survived the trauma, the P.O.W. imprisonment, was by flipping it, transcending it. When he came back, he discovered he missed it, he needed it — the transcendence from reality. That ritualized reenactment was the only moment when he felt free. Freedom from trauma takes many forms. I certainly understood that.

“When the story was published the woman who did the typesetting emailed me. She told me I had taken two people that she would normally have no respect for and I had made her empathize with them. She thanked me. I was galvanized — the power! My words had changed her heart.”

Embrace Your Inner Compass
“When I was 17, I saw Lou Reed when his Rock ‘n’’ Roll Animal Tour came through St Louis. I slipped on my blue glitter platforms, lied to my mother, drove downtown, and went to the concert by myself. I looked at Lou, a speed freak with black nails and a black t-shirt and thought, that’s what I want. I remember when Metal Machine Music came out. It had [it on] nonstop rotation on my turntable. It articulated aurally what couldn’t be articulated in my mind. Music was so important to me for years. It was part of my identity. I wanted to be, secretly, a rock and roll singer who changed how [the world] saw women.

“I was always aware I did not think like a ‘normal’ girl. One day I decided, I’m going to go to East St. Louis, Murder Capital of the USA. I’m going to stuff my pants like I have a cock, and I’m going to go to a gay bar. It wasn’t that I wanted a dick. I just wondered, ‘What does it feel like? Does it give you more power?’ I was also interested in illusions. ‘Would they really think I was a boy?’ I always felt comfort pushing the envelope from a young age. I can’t explain why. I think I was born that way.” 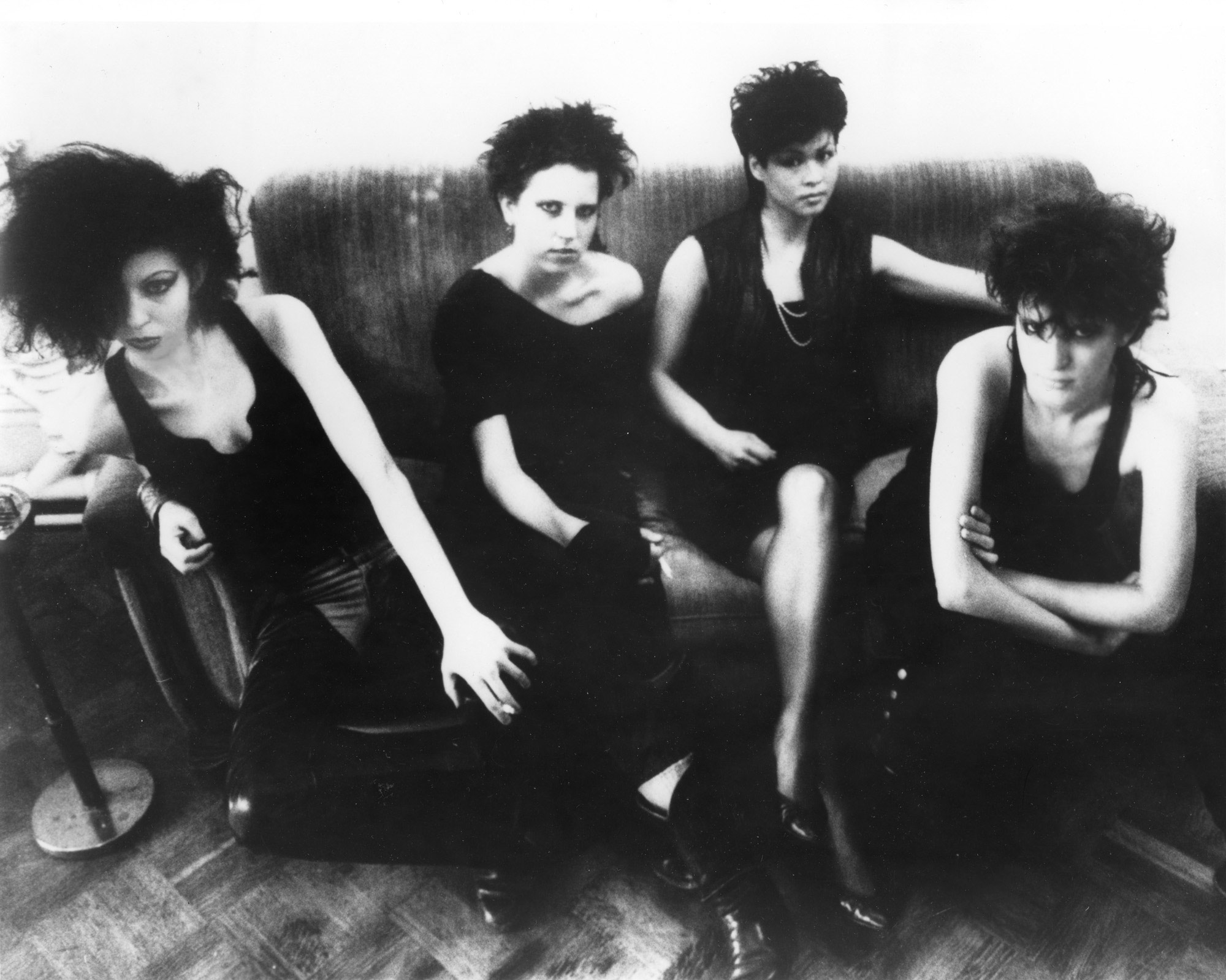 From the personal collection of Claudia Summers. S/he band promotional material, 1983. © Mookie Cherry.

Take the Scenic Route
“I graduated from high school in 1976, and I was madly in love with a guy named Jim that had graduated a year ahead of me. I wanted to move to New York, he wanted to go to San Francisco, and both of us refused to compromise. I went to Saratoga Springs over the summer and then I was going to go to Bard College. I decided at the last moment I couldn’t live without him. It’s the last time I ever made a decision like that. I followed him out to California. We broke up almost immediately upon my getting out there.

“I never meant San Francisco to be anything other than a detour. My first day, I went down to Polk Street. I saw this beautiful drag queen walk out of a doorway. Beehive black hair, red lips. Other than the fuck-me pumps, she was completely naked. She passed a cop leaning up against a storefront, they exchanged hellos, and then she disappeared into another doorway. I thought, ‘I’m home.’”

Find Your Scene
“The punk scene hadn’t even started when I moved out there. December 1976, The Nuns played the first punk show at Mabuhay Gardens. It was extraordinary. The energy, malaise, and rage I felt as a teenager had been given a voice, a rhythm, a melody — not really a melody [laughs].

“I had also discovered the gay disco scene. I was one of the few people that moved back and forth between the two scenes. [Disco legend] Sylvester once hit on me because she thought I was a boy. When someone informed her I was not, she got so flustered, apologizing over and over. I told her, No worries. I thought it was great.

“I lived in the Shirley Hotel, a transient hotel run by a man named Brian Chatterton. He ran the hotel like it was an art project. There were only two genetically born women who lived there. It was all drag queens. I thought that since I lived in that building, did extreme makeup and my hair was really crazy, that that was why people thought I was a drag queen, but then I went down to LA and was staying with the Screamers, Tomata du Plenty and Tommy Gear, and we were walking down Sunset Boulevard, and people yelled, ‘Drag queen!’ I was never was offended.” 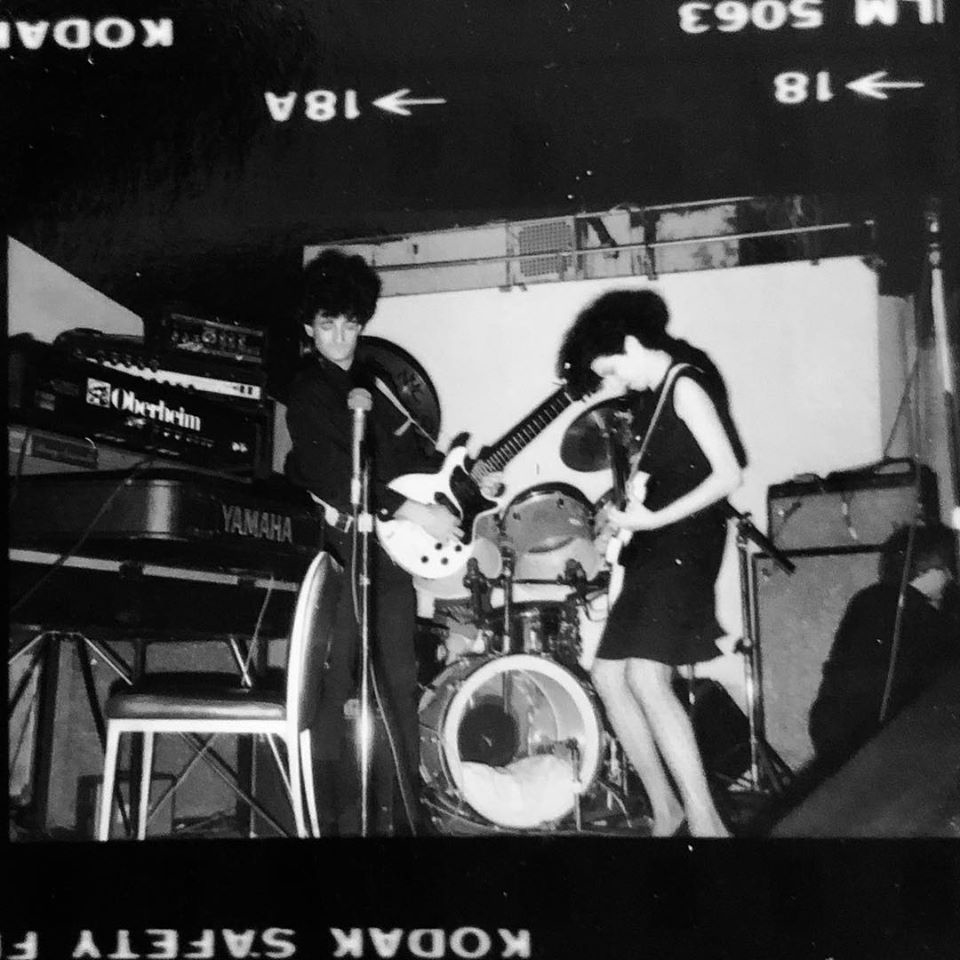 Endure
“When I was in San Francisco, I was raped by a stranger and stalked afterward by him. At first, the stalking terrified me but the longer it went on—I got pissed. I started confronting him. He would be following me and I’d turn around and get in his face. After a while, I realized if I ignored him, that made him angrier, so I ignored him. I know that a lot of women would not be able to do that. I don’t know why I was someone who could. In a way I felt that rape defined me almost more than anything in my life and not necessarily in the personal sexual narrative, although it impacted that tremendously. Sex work: I played out like a classical violin on that. 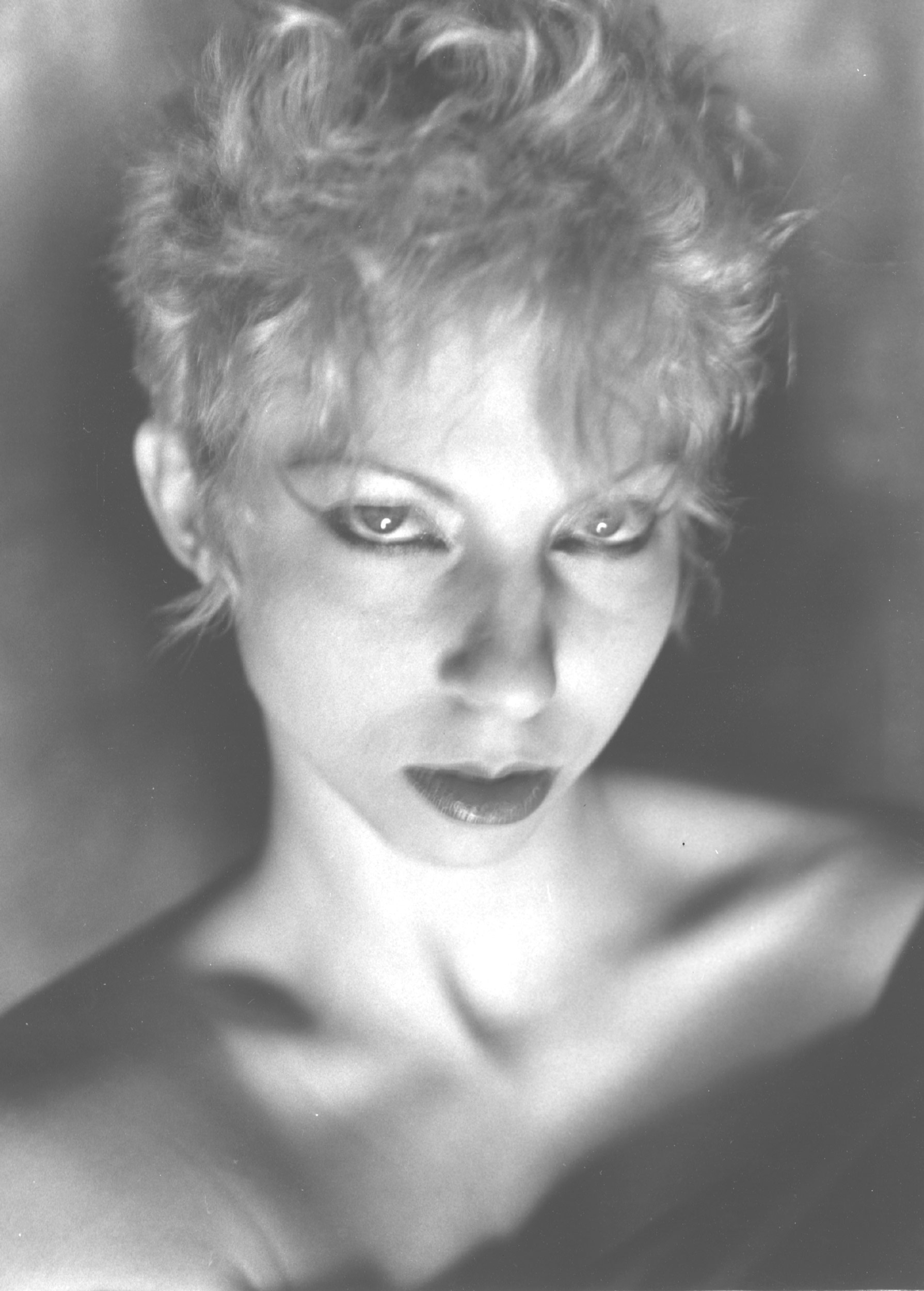 Keep Going
“I came to New York in 1978. I was 20. What was I going to do? I started going to PASS, Public Access Synthesizer Studio, where you could rent by the hour Buchla and Moog synthesizers. Analog days, so they were huge! I taught myself, aided by Gerry who ran the place. Eventually, I took out a bank loan and bought an Oberheim.

“At the time I was seeing Glenn O’Brien, who was really good friends with Walter Steding. Walter asked me if I would play synthesizer in his band. Andy Warhol had just agreed to manage them. Andy put up all the money. We did an EP called ‘The Joke,’ produced by Chris Stein from Blondie and Warhol did the cover. Walter had eccentric attitudes towards music. I asked when we were going to rehearse. Walter told me, no need. Two days before the gig he gives me a tape of the music. I didn’t know a C# from an F. My first gig was at Hurrah’s. We were so loud and obnoxious I think people ran to get out the door! It was probably the best gig I ever played with them. 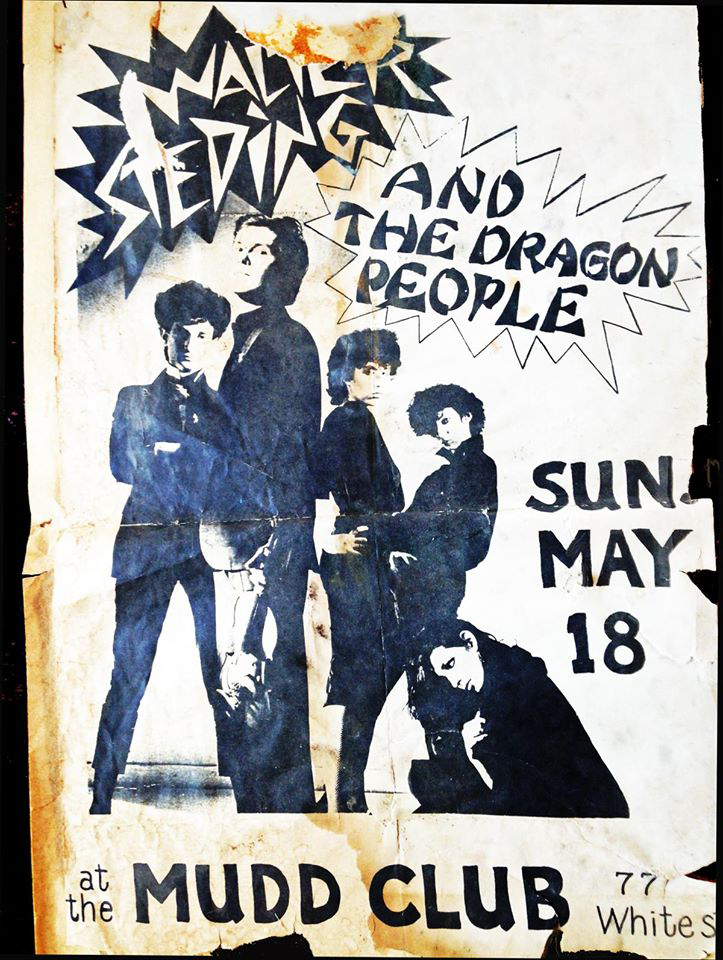 Maintain Your Independence
“I started out as a dancer working in Times Square. Then I started working for an agency. I liked the money and the fact that I could do drugs. I felt no shame for it. It was a fuck-you in the face to society. But I really hated it, especially hustling drinks. After about a year, I thought, morally I just can’t do this, the lying about the drinks! So, I decided to become a prostitute. I started out working very fancy outcall: fancy hotels, insanely rich people. I hated working with the really rich. I was a reverse snob. I would get fed up and quit one agency but there was always somewhere else. Eventually, I started working in houses.

Find Release
“Angel told me, ‘I’ll give you a hundred dollars if you come over to my house and laugh at a guy. That’s all you gotta do.’ I went over there and I genuinely laughed. Practically pissed my pants. When the guy left, she handed me a hundred for an hour’s worth of work. I was hooked. I read every medieval torture book there was, navy handbooks [for] how to tie knots. I was reading the psychology, the history. At that time, 1981, S&M was really underground.

“One day, we decided to open our own business. We worked non-stop around the clock and pooled our money. We designed our own furniture, researched torture equipment, and had things built. I quickly became a very successful dominatrix. You have to remember, this whole time I was a junkie with a $500 habit. I was really good at reading people because I had that traumatized child hypervigilance. The rage I had in me, the dope tamped down on it for sure, but to be paid to be angry and to beat men? It was fucking heaven! It really was—until it wasn’t.” 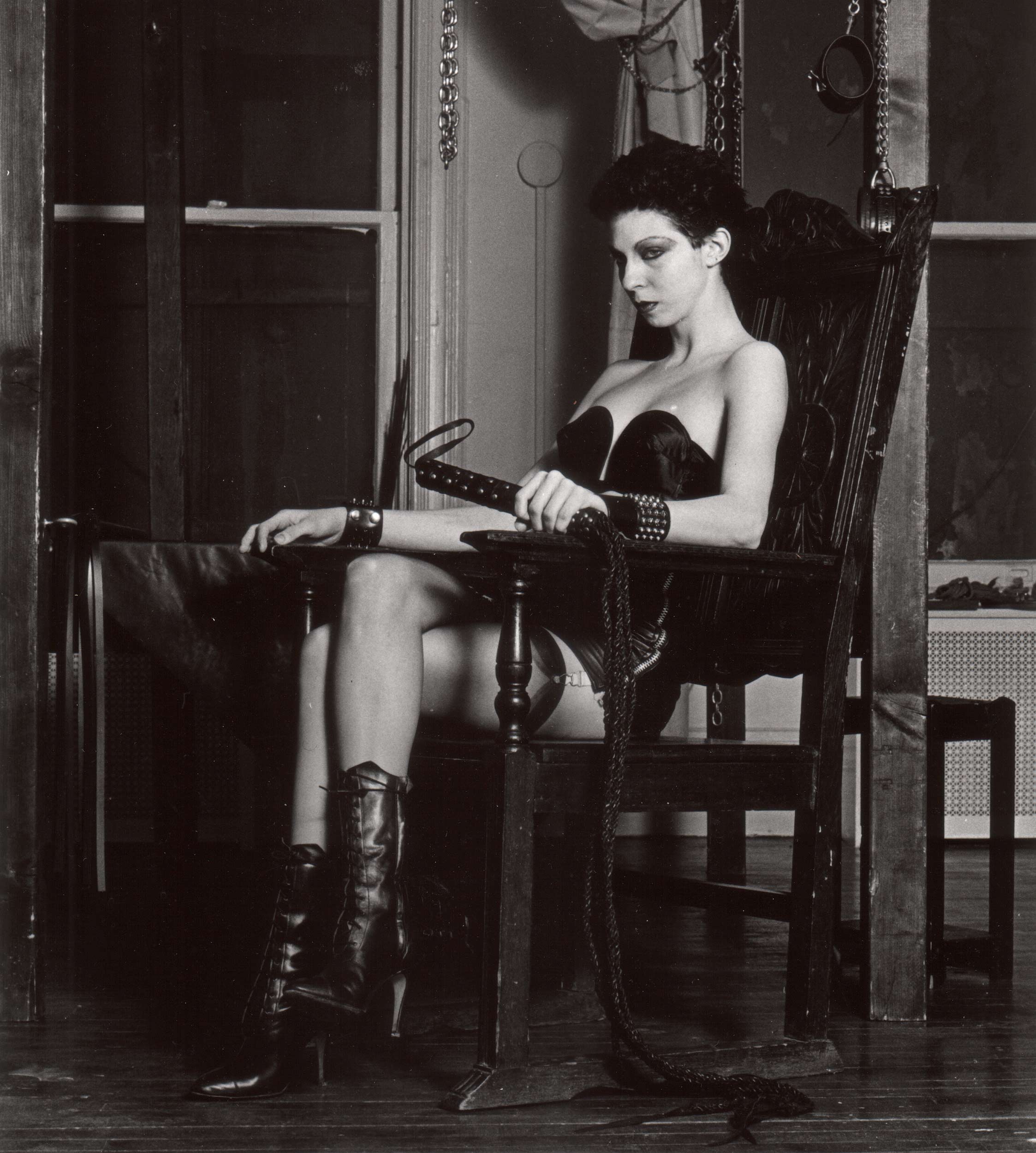 Know When To Quit
“I always knew the submissive was really the one in control. You’re not doing what you want to do; you’re doing what he wants you to do. Of course, there were certain things I wouldn’t do. I was never submissive. I wouldn’t do baby/diaper fetishes. I started realizing I was becoming like the men I hated. This customer came in. He had been badly burned. He had no face. He wanted me to humiliate him. I couldn’t do it. I had to send him away. Something cracked open in me that day.

“Shortly afterward, another customer came in and wanted me to carve my name into his leg. I knew enough to know there’s a way you can do that so it wouldn’t cause damage. My identity as a dominatrix was tied up in knowing how to do heavy-duty torture–Robert Mapplethorpe had taught me a bunch of tricks. But what that guy asked me to do made me feel sick. But because it was so important for me to think of myself as ‘I can do anything no matter how tough it is,’ I said sure. And then–I misspelled my name. My mistress name was Julliette and I dropped an L. Then the guy turned to me and he said, ‘You didn’t go deep enough.’ He flipped the tables on me. So I quit.”

Begin Again
“I have wanted to be a writer ever since I was a little girl. Even though I had been told, ‘You have a way with words, you should be a writer,’ I never had the confidence or the faith so I segued into music. Then I got lost for a million years. No music. No writing. Nothing. In my 50s, I thought, ‘What do I really want to do?’ Someone suggested I start going to school. I am sure they meant to find a trade but that’s not what I was thinking. I’ve said it for years: ‘I collect stories.’” 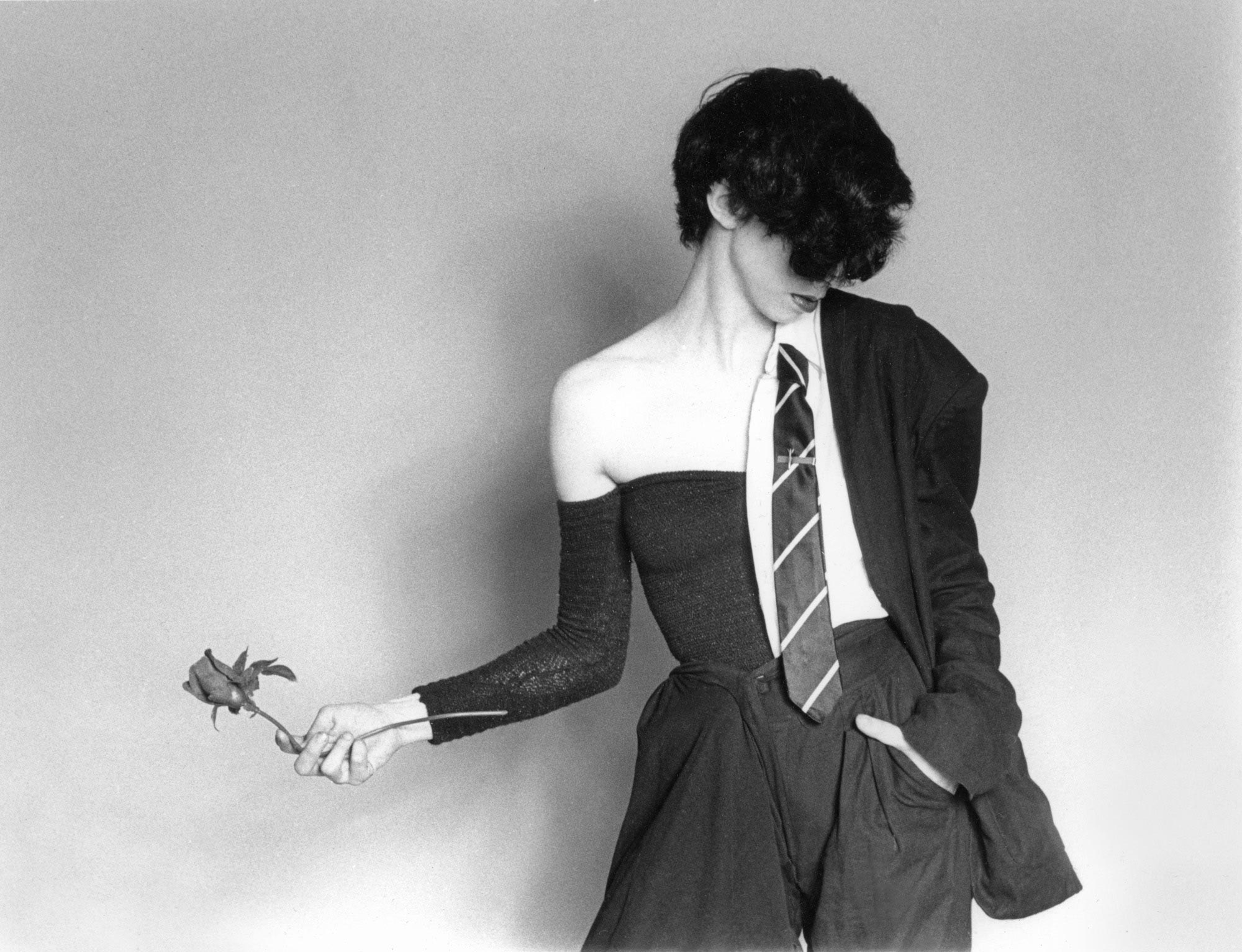