‘As a young woman with a beautiful body, there’s power to say, These are gorgeous tits. Eat your heart out.’ Jane Dickson and Claudia Summer on finding power at the margins.

In 1978, Jane Dickson and Claudia Summers arrived in New York, and though they were often on the same scene for years, they wouldn’t formally meet until 2019. Dickson, a young artist, immediately got a gig working weekend nights as an animation designer operating the first computer lightboard at the Spectacolor Billboard at 1 Times Square. Summers, a musician and actress, wanted a flexible gig that would give her time to herself and began working in Times Square strip clubs in 1980. That same year, Guy Trebay commissioned Dickson to illustrate scenes from the Melody Burlesque for a series he was doing on Times Square for The Village Voice. It was Dickson’s first foray into strip clubs but it would not be her last.

The following year, Dickson and her husband Charlie Ahearn moved into a dilapidated building on the corner of 42 Street and Eighth Avenue, where they lived until 1992, when it was finally slated for demolition. It was then that Dickson decided to return to strip clubs as a “working girl” on The Deuce to explore the clandestine world that catered to the fantasies of men, while lining the pockets of the mafia. In time, she would visit Show World, Scores, Chippendales, the Gaiety, the Melody Burlesque, Billy’s Topless, and Scores to create a series of paintings that have never been shown together—until now in the new exhibition, Hot, Hot, Hot. Here, Dickson and Summers share a multi-layered perspective of strip clubs as seen through the female gaze.

Jane Dickson: I just met a woman who said, ‘As soon as I got to New York, Anya Phillips looked at me and said, ‘You are going to strip at Show World and buy my g-strings.’ Did you know people there?’

Claudia Summers: I worked with my friend Cat [Catherine Yellen], who was in the same band I was in: Walter Steding and The Dragon People. She hooked me up with Joe M. Enterprises, an agency, so my dancing world expanded to upstate New York, Connecticut, and New Jersey.

Claudia: There were quite a few of us who did dancing back then.

Jane: Did you ever work at the Melody Burlesque?

Claudia: No, that one scared me a little bit [laughs].

Jane: The Melody Burlesque had that ominous ‘advertising your wares to get picked up to go in the back with somebody’ energy. I remember a lot of Japanese tourists and sad men in trench coats. 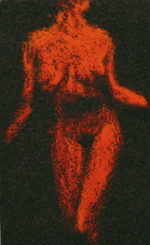 Claudia: My friend Cat worked at the Melody. After the stories I heard that went on in there, I was not interested.

Jane: [As a woman in the audience] I wasn’t allowed into those clubs alone. I went with Charlie and a friend to the Melody. I felt like I needed to do inside the strip clubs before I left Times Square. My friend Jennifer Kabat was stripping her way through her Master’s at Columbia, so we set off. In the ‘70s and ‘80s, the women were whatever size and shape God gave them.

Claudia: Yes back then women’s bodies were real. You could have heavyweight women, skinny, beautiful, not that attractive. A few had plastic surgery but that was in the minority back in those days. When I was looking at your show, I thought you had caught the ambivalence of power that happens in those places. It shifts all the time back and forth. Sometimes the men would hold it; sometimes the women would hold it.

Jane: As a young woman, I was doing that kind of negotiation in my personal life but I couldn’t observe myself in weird relationships so I felt like this was a place that was perfect for thinking about that.

Claudia: You captured it beautifully. I had a very harsh narrative of men back in those days. I wasn’t able to negotiate that gaze very much so when I would walk into a strip club or a peep show, which I did in the ‘90s, when I looked at the men, I objectified them just as much as they were objectifying me. Not all women have gone through sexual trauma in their lives but there are a lot of women that have who go into the business and I think [that is] one way to gain control of the story they have lived. That was certainly true for me. This space allows you to perpetuate your view but because you’re in this bubble, it doesn’t change.

Jane: You could think all men are disgusting and they’re only interested in one thing. 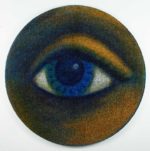 Claudia: What you forget when you are in it, though, is that you haven’t moved outside of the story. It’s complex because you haven’t really gained agency but at the same, you have. I had a sense I wasn’t following the protocol for what a nice girl was supposed to be so it gave me a weird sense of agency, that I was willing to step outside of what society’s boundaries were for a woman. It felt like a choice. Whether it really was or not, I’m not sure, but that’s what it felt like.

Jane: I am interested in the key images that most people can relate to that I have mixed feelings about. If I am very ambivalent then I want to study it and paint to make images that other people say, ‘That’s beautiful but it’s kind of terrible. It’s very attractive but it’s kind of repulsive.’

Claudia: You really felt like you had entered into the interior of a completely different world when you walked into those clubs. There was no sense of time. Everything was so dark that somehow that darkness infused your spirit when you went in there. You were always aware you were working in a mafia club: the same ‘accountant’ was at every club sitting with a fat cigar in the back, looking at numbers and doing books at a table, he would keep an eye on the girls and you would see him at different clubs.

Jane: When I showed this work in the mid-to-late ‘80s, it was the end of my relationship with my dealer of 10 years. Even though he was a well-known philanderer, he felt it was inappropriate in his gallery. That kicked me out into the cold. By the time I finally showed this work I had small children and women would always be tsk-tsking, like, ‘She’s corrupting her children.’ If you look at my paintings, they are kind of sweet. There’s no violence or abuse. A part of stripping that I hadn’t understood is what Claudia called agency. As a young woman with a beautiful body, there’s power to say, ‘These are gorgeous tits. Eat your heart out.’ Yes, there are all kinds of layers of other problems, but it is a strong statement of claiming the body for women. 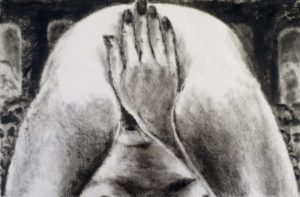 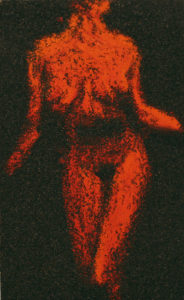 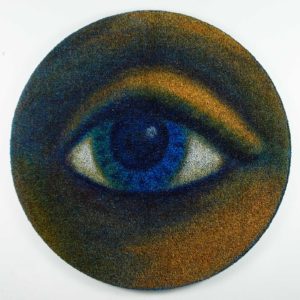 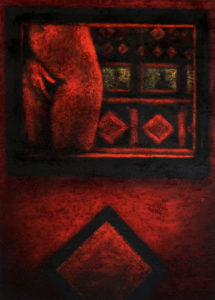 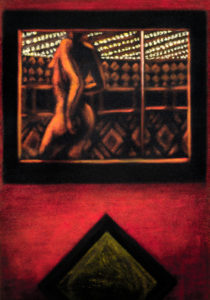 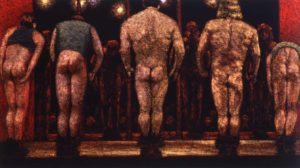 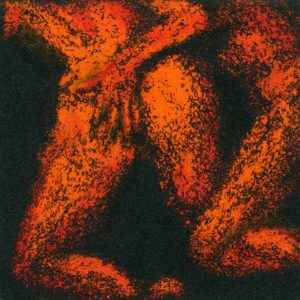 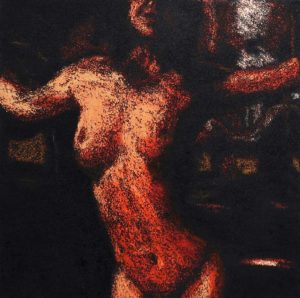 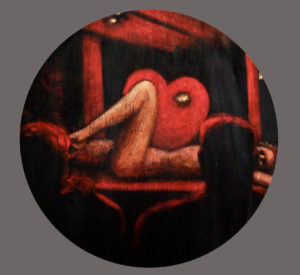