Janette Beckman, Joe Conzo, and Martha Cooper on why old New York's indomitable spirit made it the ultimate muse.

“Only in New York, kids, only in New York,” Cindy Adams famous wrote in her New York Post gossip column when telling a story that could happen nowhere else on earth. There are some things that simply can’t, won’t, and don’t happen anywhere but the city that never sleeps—dating all the way back to its very settlement when Dutch colonial Director-General Peter Minuit executed the city’s first real estate scam in 1624, swindling the Canarsie peoples into “selling” the island of Manhattan for 60 guilders ($900 in 2018).

It takes a certain kind of person to live in New York—an unstoppable, indomitable force that refuses to quit. The new exhibition Collecting New York’s Stories: From Stuyvesant to Sid Vicious celebrates the famous, the infamous, and the anonymous alike, the diehard locals who have called this town home for better and for worse. Here, we bring together photographers Janette Beckman, Joe Conzo, and Martha Cooper, who documented the graffiti, hip hop, and Latin music scenes during the 1970s, ’80s, and ’90s, to offer their take on the city long before gentrification. 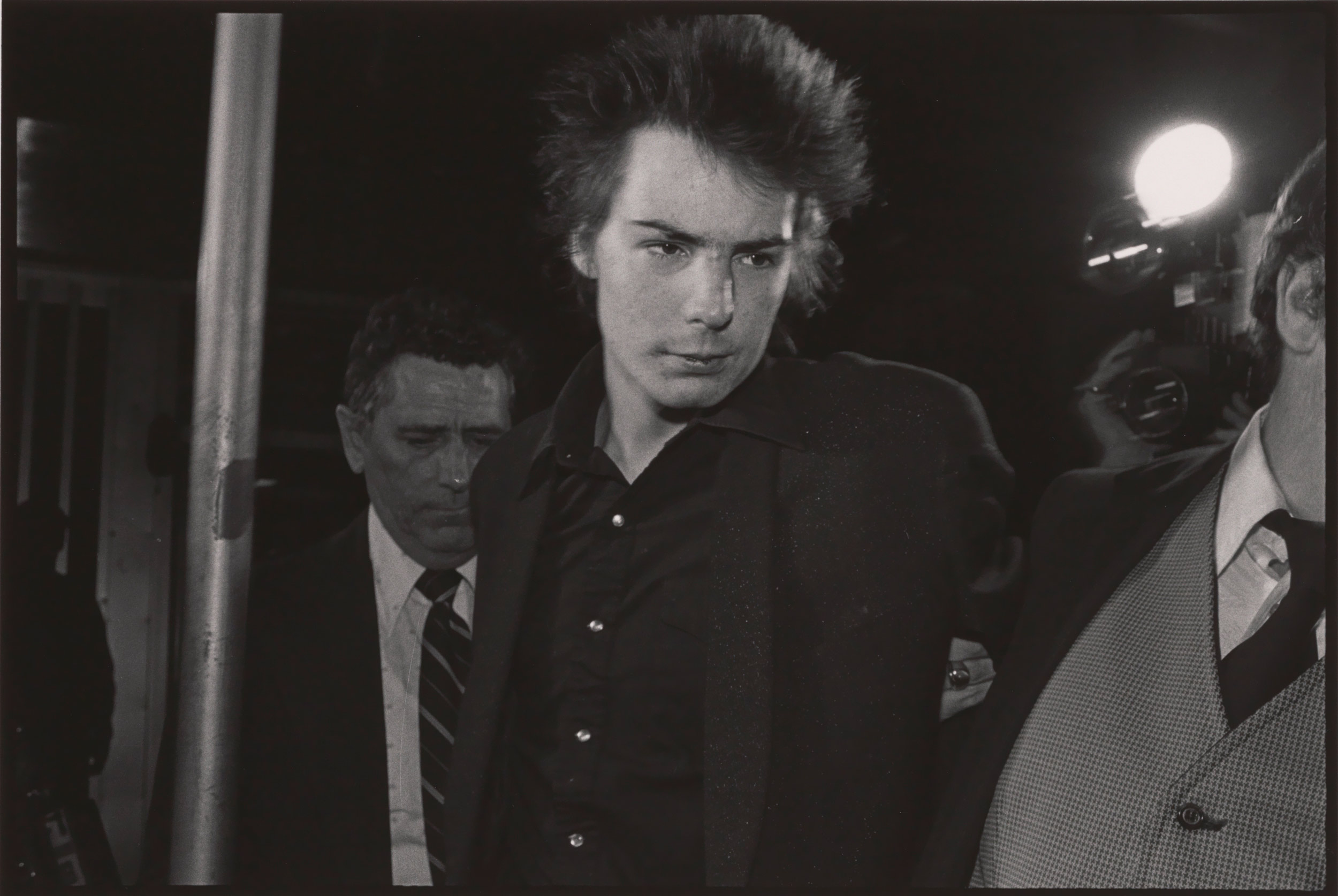 Joe Conzo: Born and raised here in the Bronx, there’s no other place like it in the world. There are so many things going on every day of the week. You have a place to go and do something if you want.

Martha Cooper: I just like to walk down the street. For me, the excitement of New York is the everyday stuff that I am not expecting to see. You get on the subway and there are people hanging from the bars. You walk through Times Square and there are drummers drumming. It’s never routine.

Janette Beckman: And the mix of people — it’s like being in a movie. Guys looking for money on the subway come singing doo-wop songs and get the whole car singing along.

Joe: I haven’t been on a subway car in over 20 years, and to be honest, I miss that. The last time I was on a subway it’s because someone jumped in front of the train and I had to respond [as an EMT for the FDNY], pick them up, and take them to a morgue. 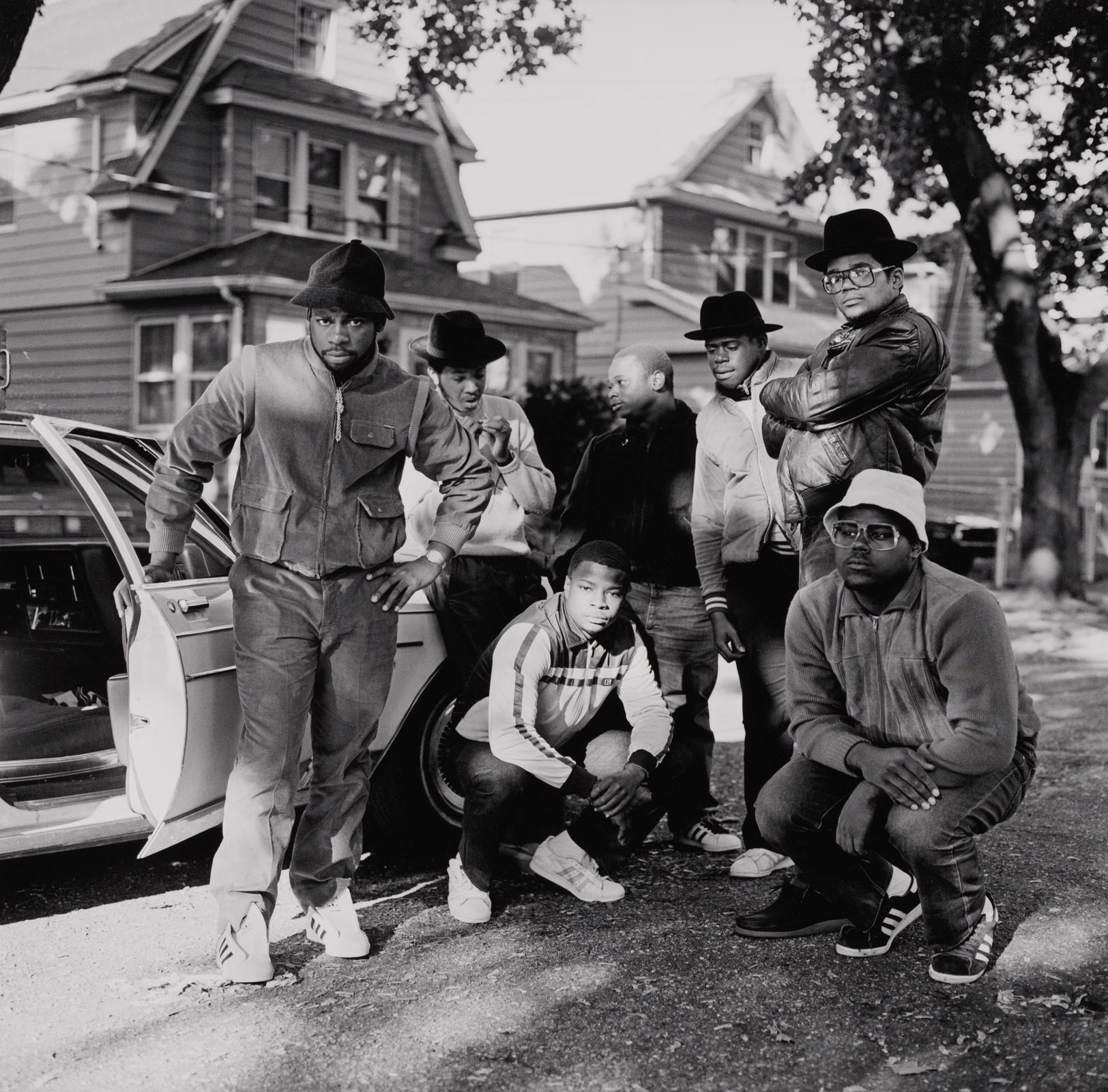 Janette:  Last year, I was at the DMV down by Wall Street. They were having computer problems. There was nowhere to sit so everyone had to stand. It was the usual chaos. We were waiting at least an hour and people were getting antsy. Some lady standing two [people] in front of me started having a huge fight with her boyfriend on the phone, swearing loud. This older lady, who was standing right in front of her, turned around and said, ‘If you don’t shut up, I have a gun in my bag and I’m going to pull it.’ I was standing there like, ‘Do I dive under a bench? Do I get my iPhone out and take a picture?’ Then she brought out the gun and said, ‘I have a license for it.’ The security guards came and she got marched off. We all just carried on. I’m mad I didn’t get the picture.

Joe: It’s almost harder to take pictures now. I find myself having to explain more of what I do and who I am to the ordinary person in the street if I want to take a picture whereas being a teenager growing up walking around my neighborhood with a camera, everybody wanted to have their picture taken.

Janette: Today, everyone is aware of you taking a picture. A lot of things as a street photographer have changed. When I was doing street portraits in the early ’90s, I went to all the parades. I would go to the Puerto Rican Day Parade before it even got started, when everyone was prepping. That’s when you find the Puerto Rican Schwinn Club, these old geezers who spent their lives decorating their bicycles, and they’re playing the most amazing music out of boomboxes. I was running around with my Hasselblad, which is a weird camera to bring out, and people were just so up for it. You’re dancing around with your camera trying to get the little grab shots where people are prepping their costumes. 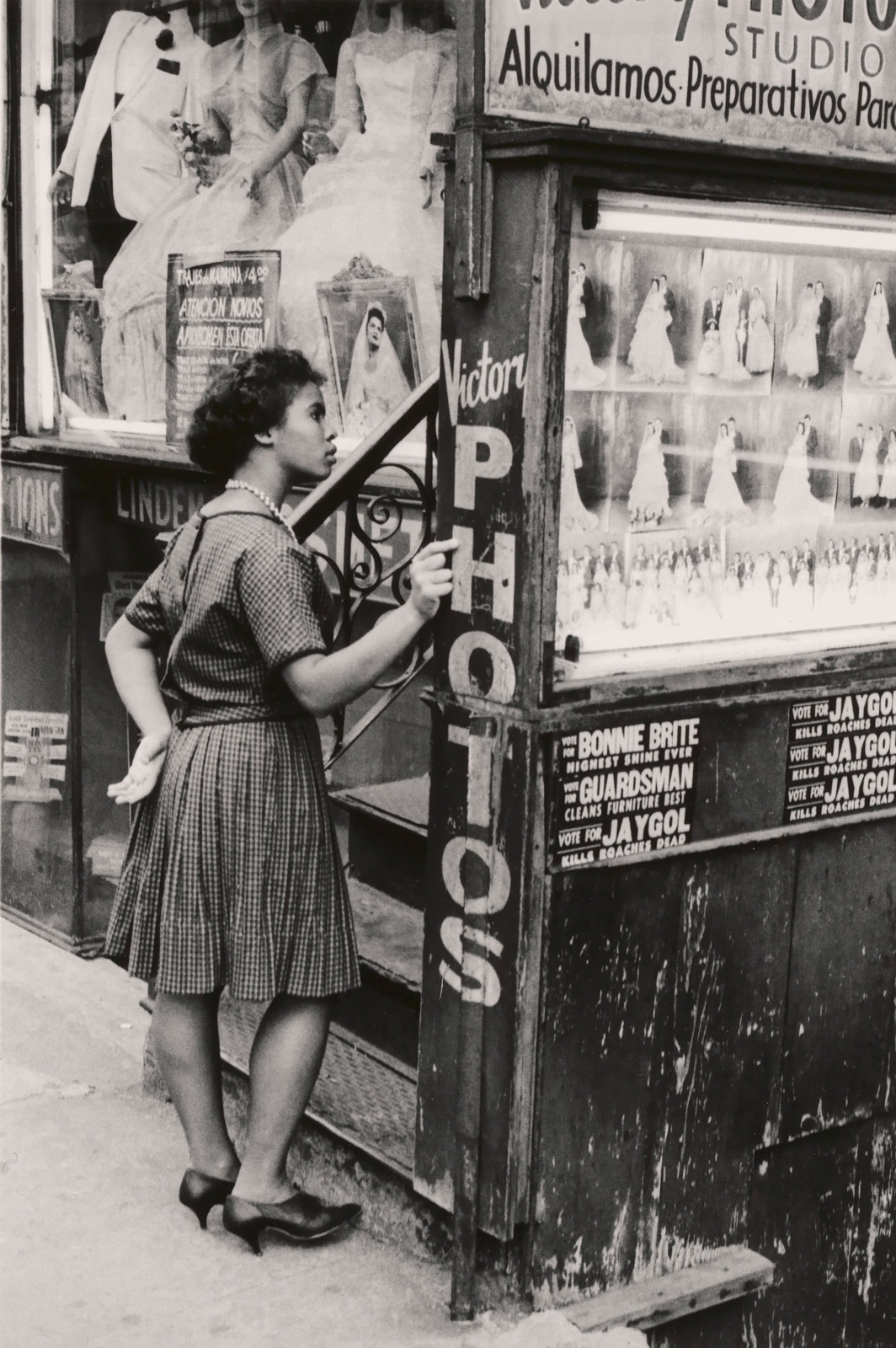 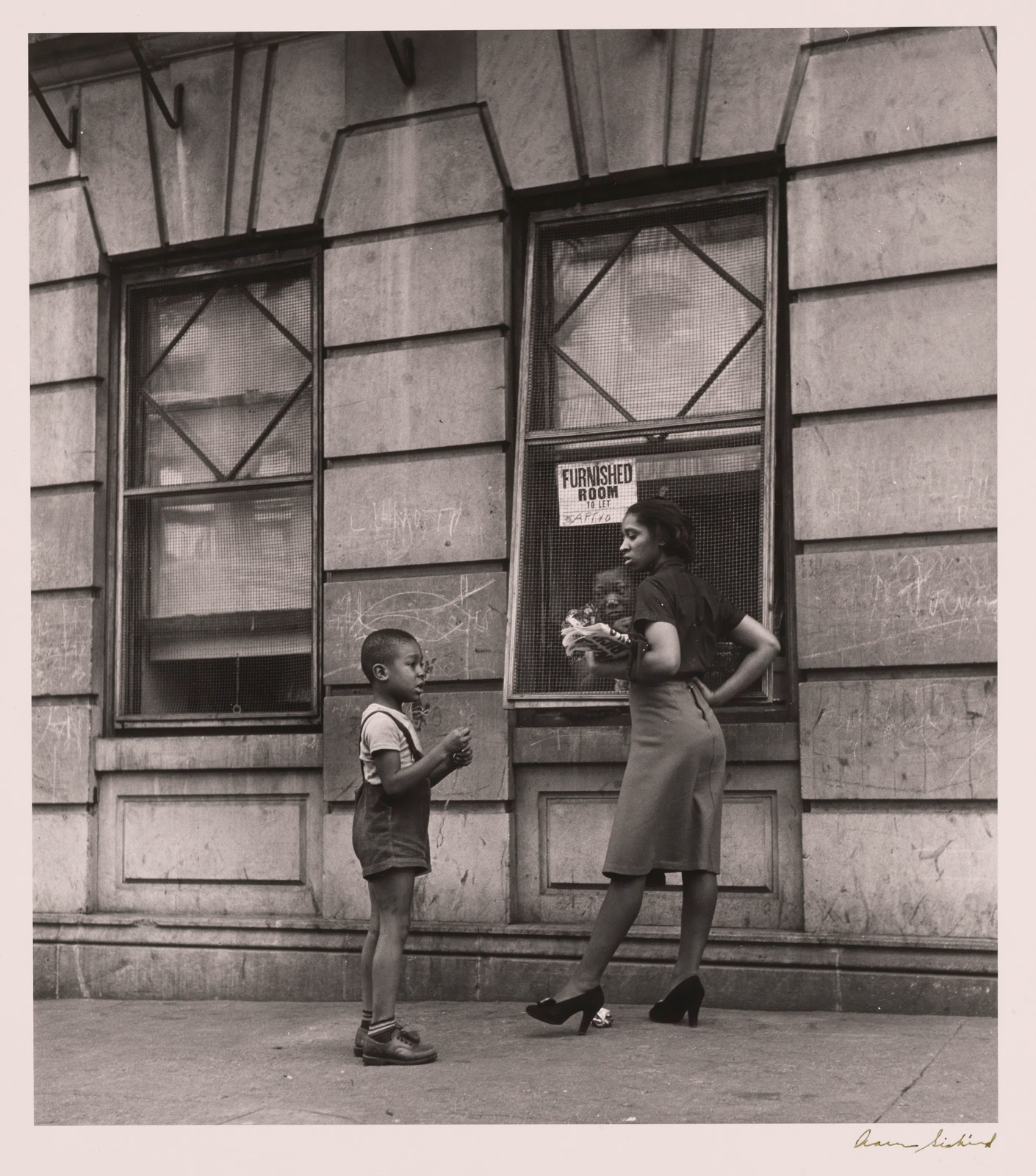 Martha: I used to do a lot with Chinese New Year and the streets were covered with red paper from the firecrackers. They don’t allow that anymore.

Joe: That’s a sign of the times. They herd the people off like cattle and barricade them in. Even photographers. Growing up, going to a concert, we could freely roam anywhere we wanted to take pictures. One of my favorite pictures is The Popper in Roseland Ballroom. I was there with the Cold Crush Brothers and Fearless Four. This huge cypher opened up and I was taking pictures. When I first developed that roll of film I was like, ‘Fuck, the flash didn’t go off.’ In hindsight, it was the best image from that night.

Janette: Some of those accidents! I was photographing the first single for an unknown group called the Freshmen standing with their big boombox outside a on Avenue C and 12th Street in 1989. It was three in the afternoon and a group of kids just out of school came around the corner and jumped in the picture. They had more attitude than the group. There’s a tiny one standing on the boombox. That happens in New York—you just don’t know who’s going to walk by and make your picture super special. 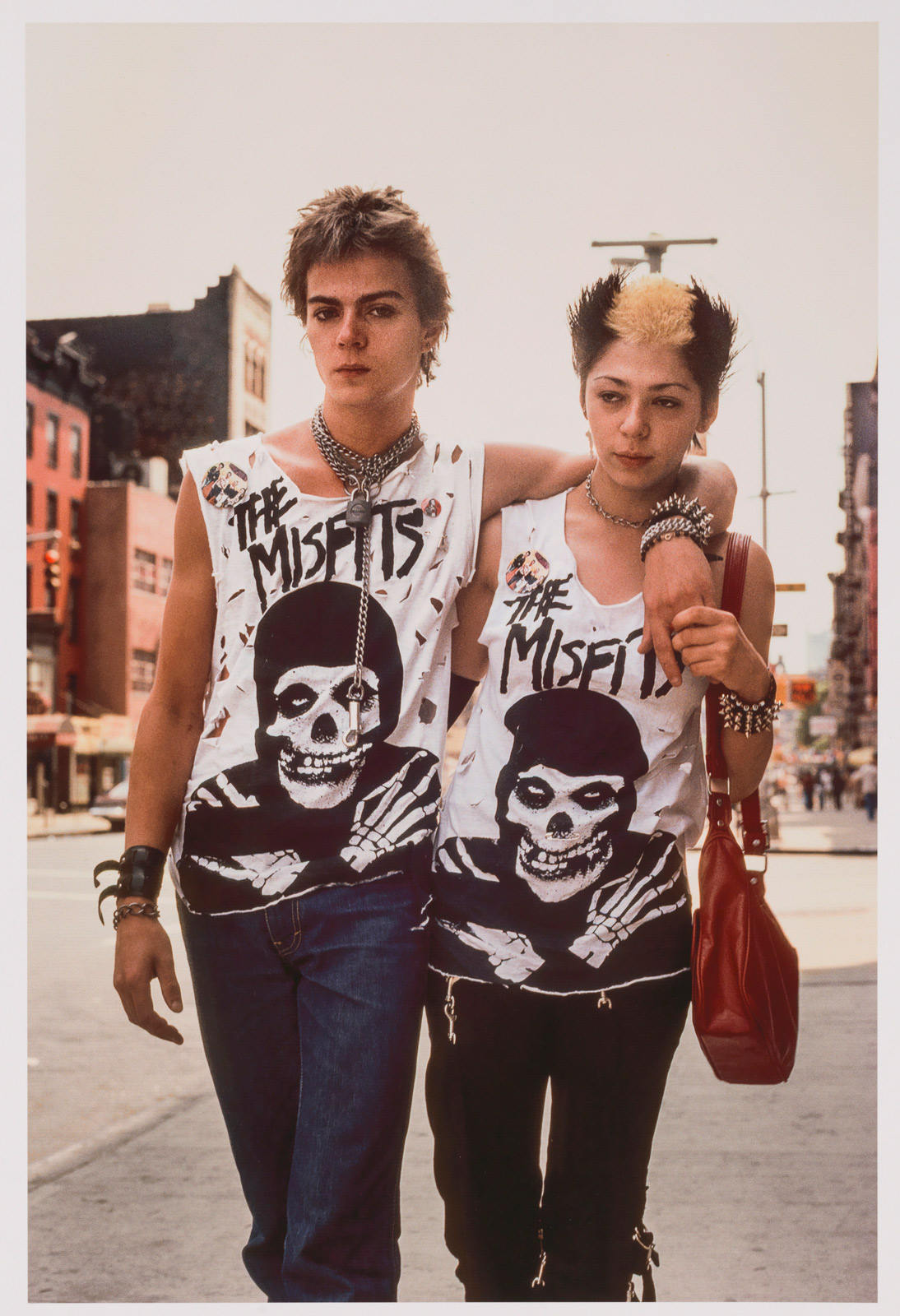 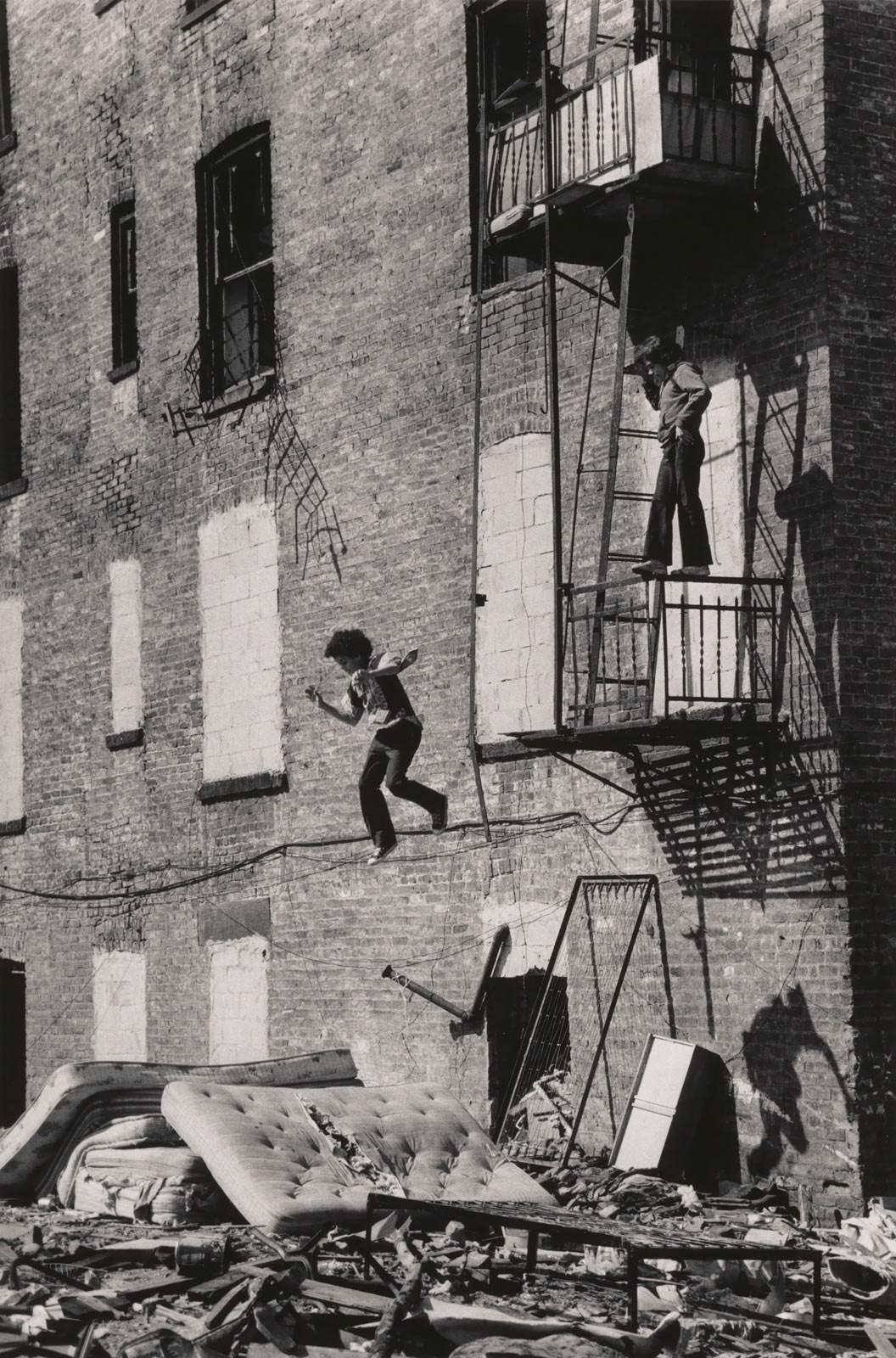 Martha: I love it when you can find somebody making something out of nothing. The early b-boy pictures where they are carrying the cardboard, even more than when they are dancing on the cardboard—they are lugging it to the spot to dance. I like those off moments. I also did a big project on casitas, little houses built on vacant lots in New York in the ’80s. They would have pig roasts.

Joe: Lechon, that’s what we call it.

Martha: Exactly. You used to see it advertised on neon signs all over the city. I don’t see those signs anymore.

Joe: It’s such a dying culture.

Martha: I have pictures of them roasting a pig. One guy, he’s driving the pig. He made this contraption to turn the pig with a steering wheel. That sort of thing always floats my boat. 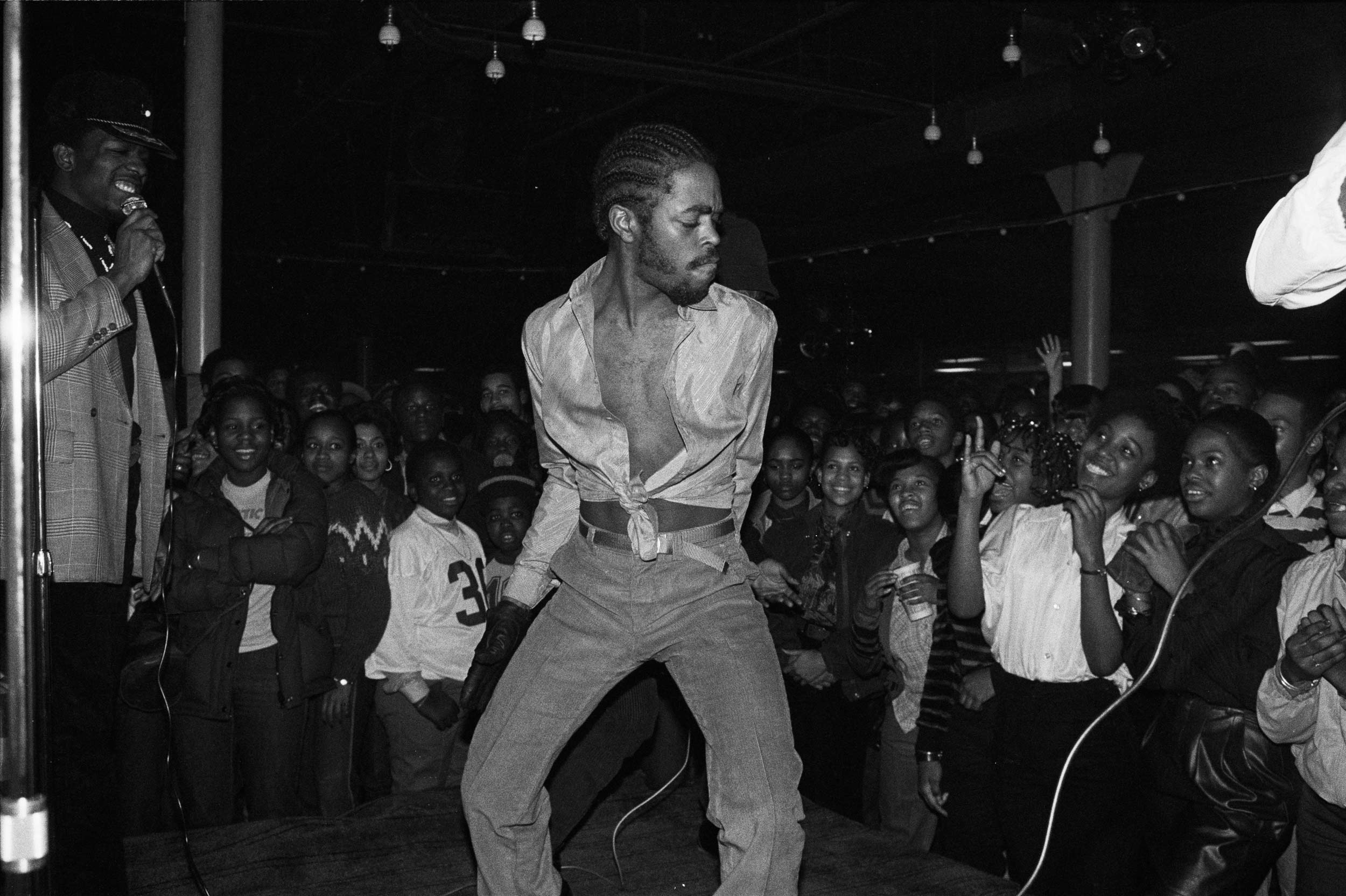 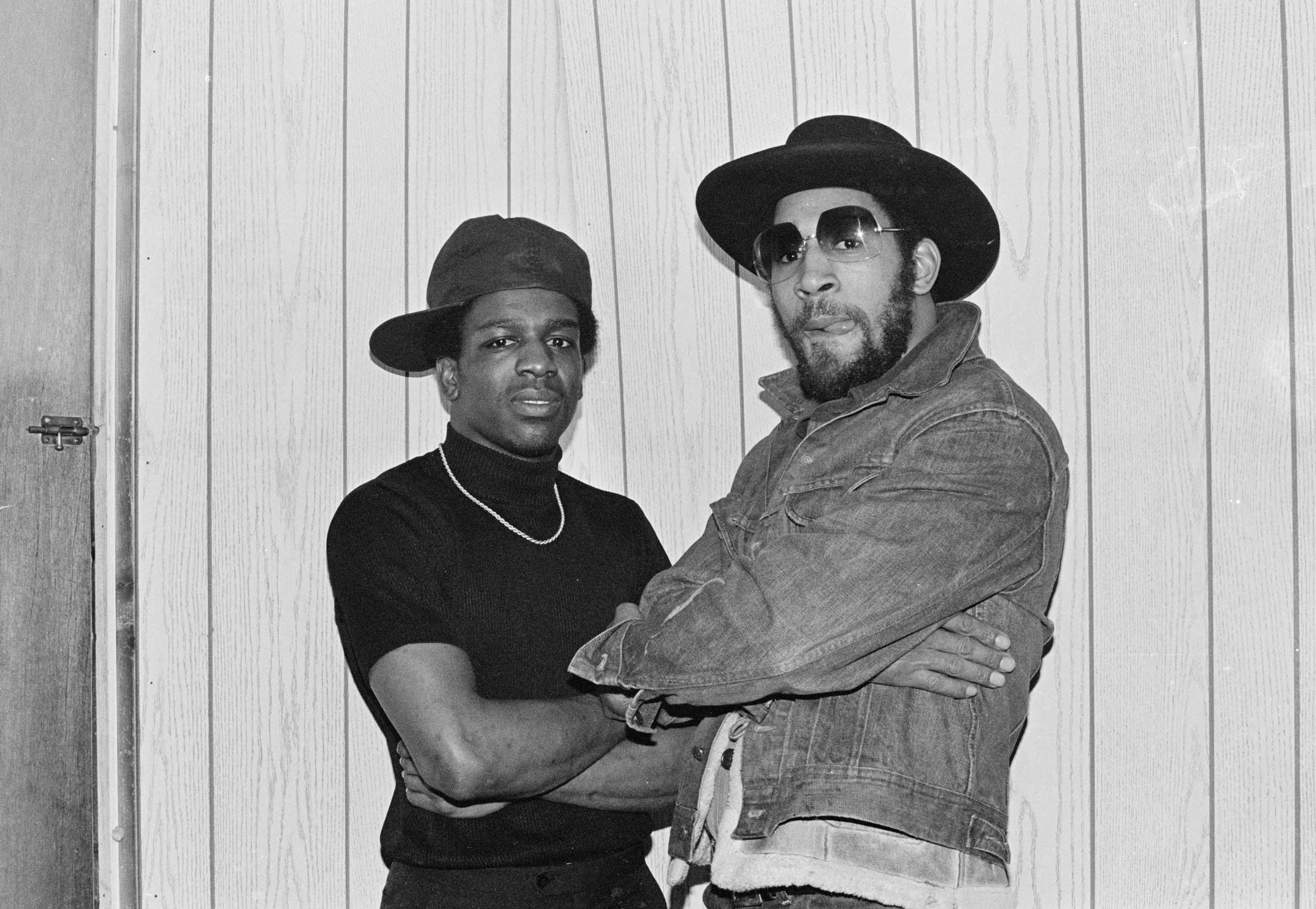 Joe: That’s so New York, for people to take a vacant lot in their neighborhood, build something without the city’s permission, and take it upon themselves to grow a garden.

Martha: They were often in lots meant for gardens, and they took it a step further illegally. But you have to give the city credit for turning a blind eye to some of this. Maybe it has to do with New York cops were a little more lenient and they allowed that to happen. A lot of these casitas functioned as social clubs so there was a positive aspect to them. They weren’t supposed to be places where people lived but I know some people were living in them. There are a few gardens with little structures now but the casitas movement is over. The old New York was more interesting for me to take pictures in. There’s a degree of craziness now but it’s not so photogenic.

Joe: The old New York was more colorful. I appreciated the variety, going from one neighborhood to another and seeing the different things going on. In the ‘70s, ‘80s and early ’90s, we dealt with the urban decay but we made it our playground. It was more lovable.

Collecting New York’s Stories: From Stuyvesant to Sid Vicious is on view at the Museum of the City of New York through December 31, 2020. 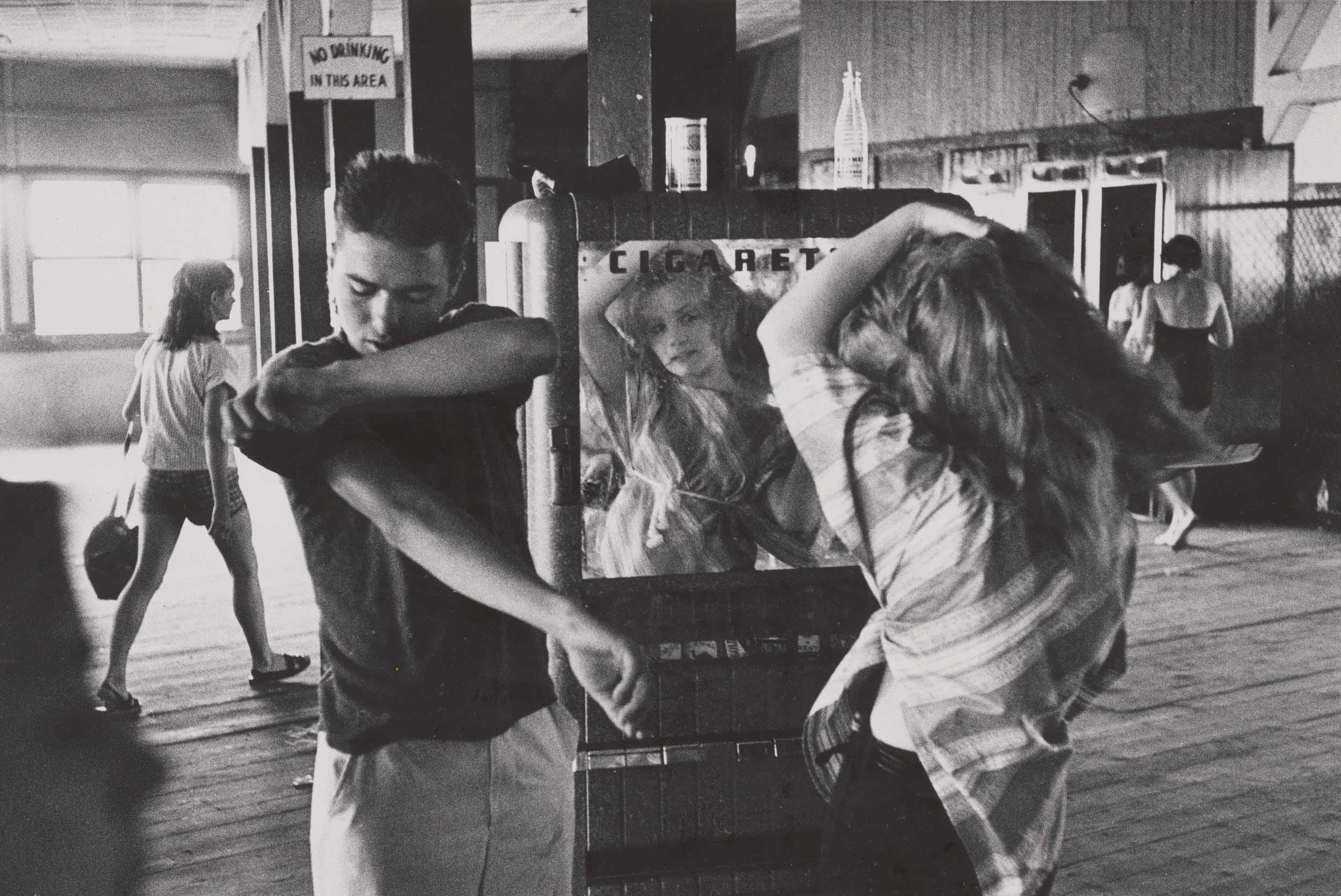 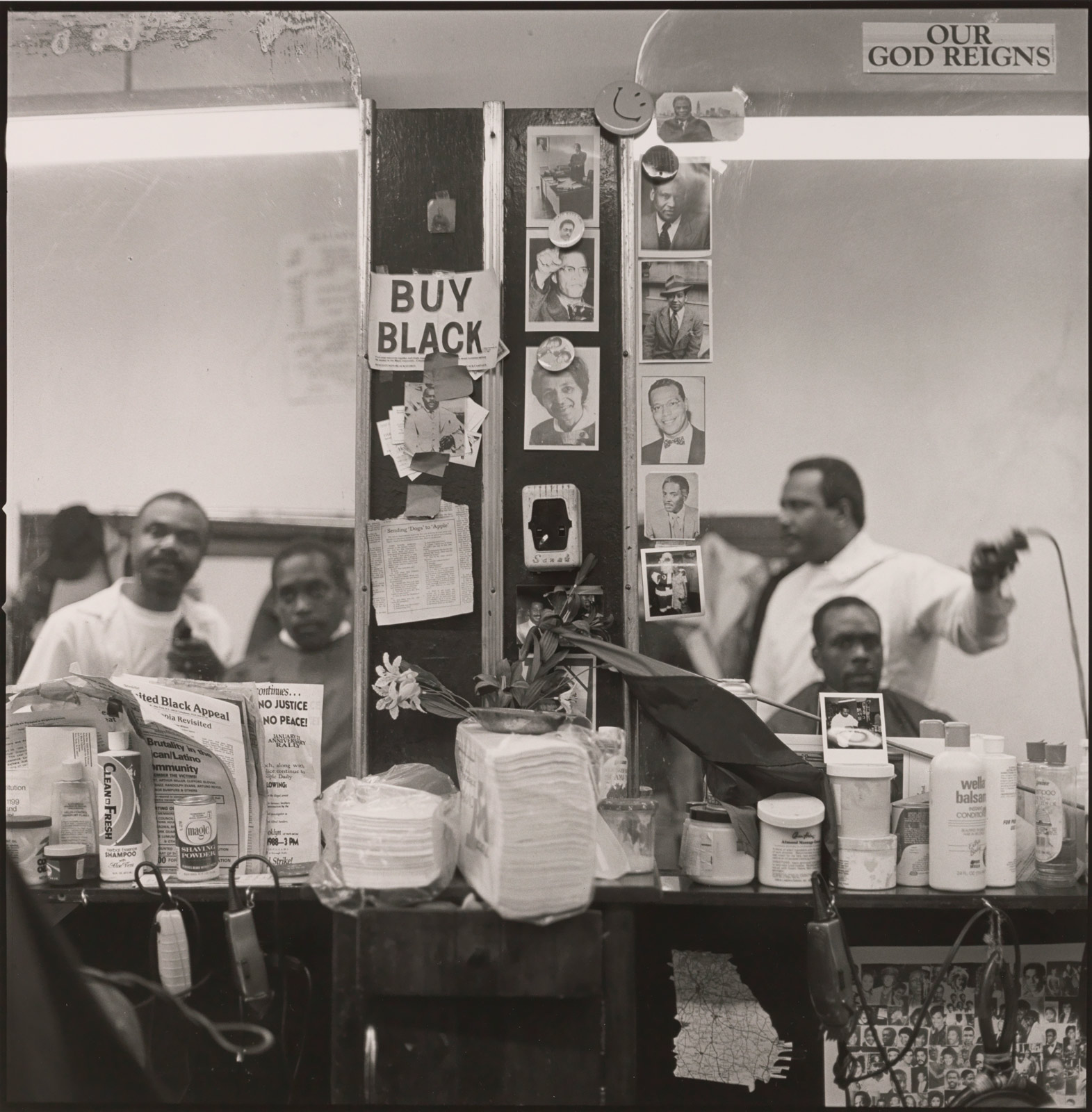 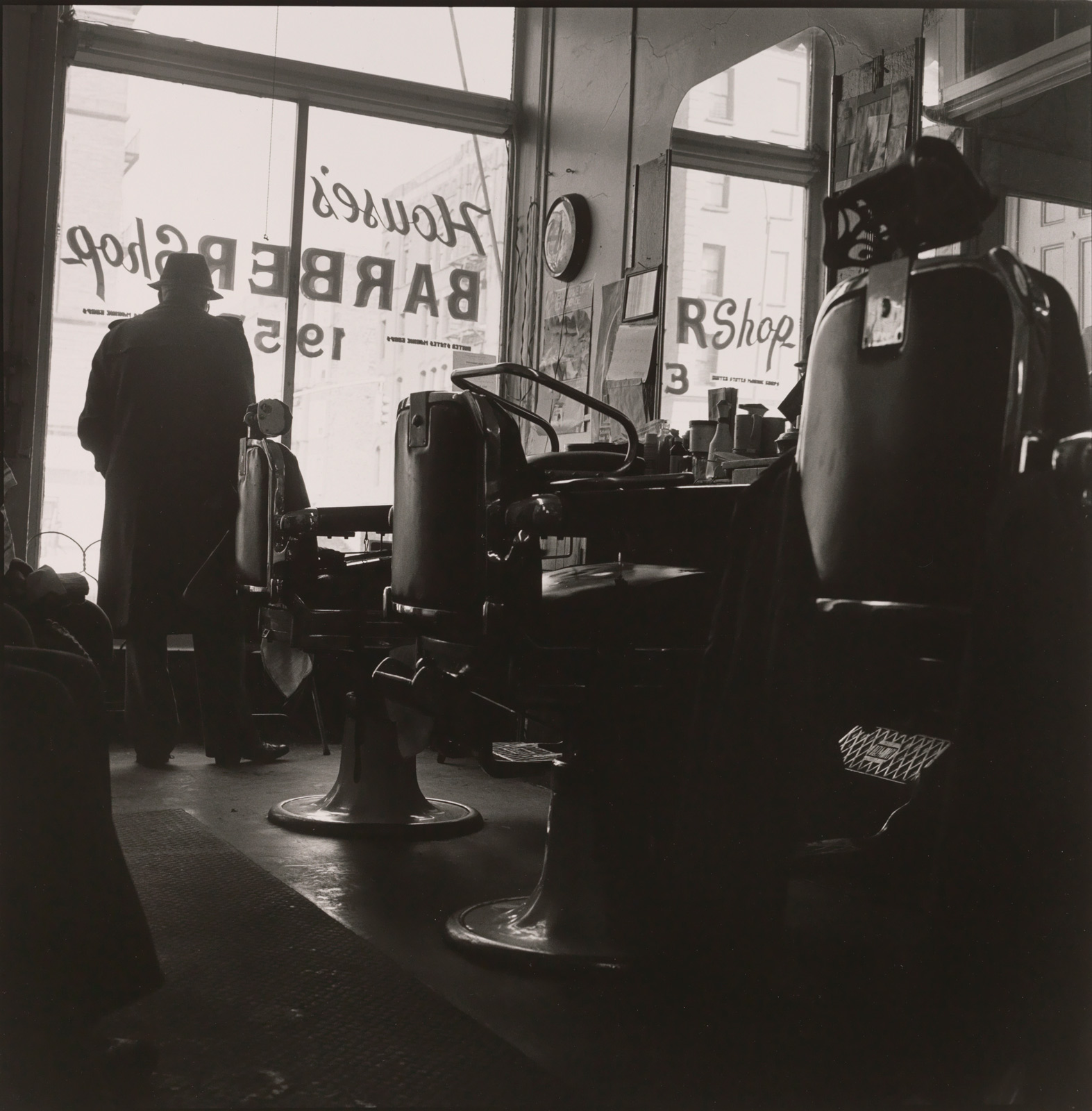 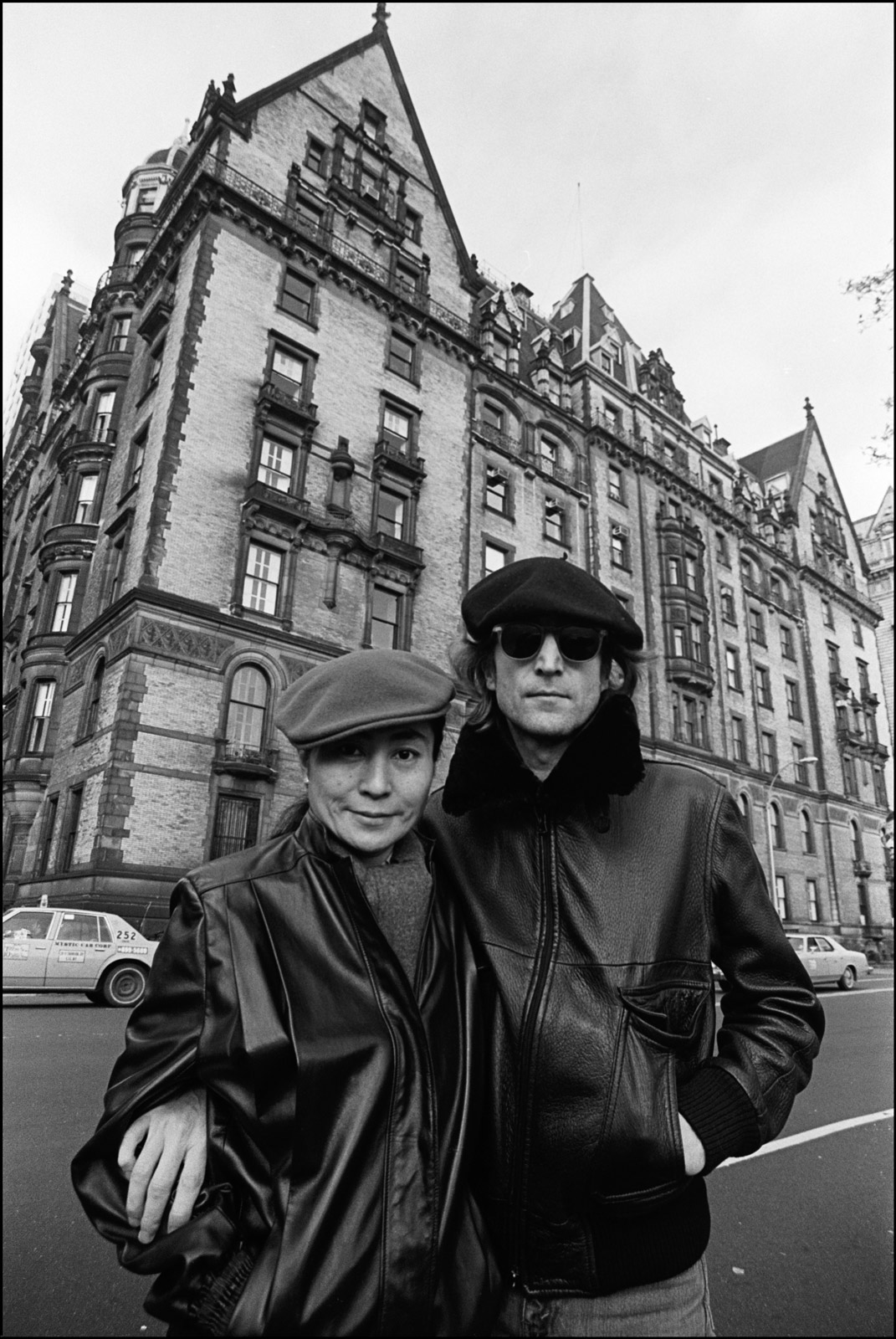 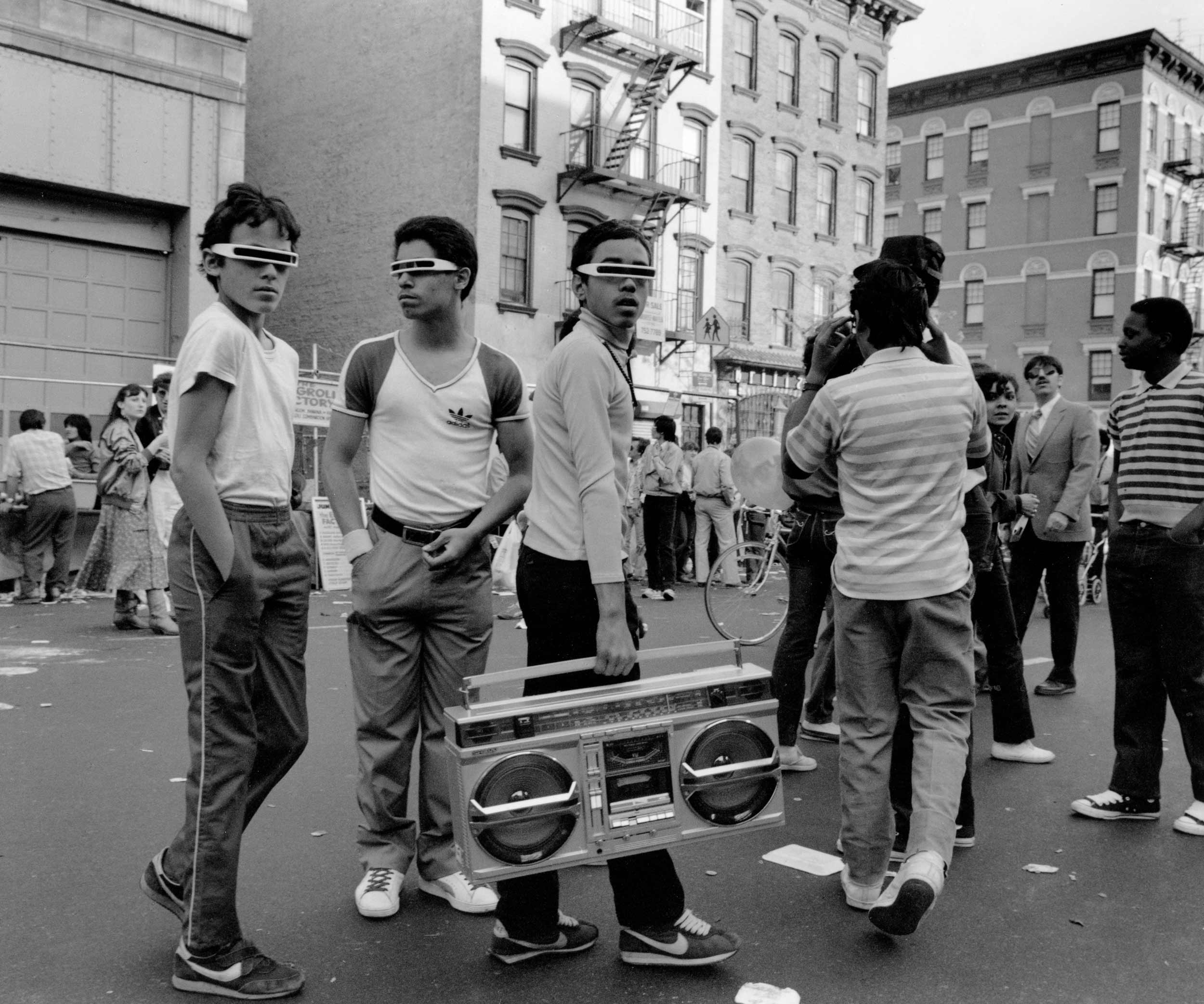