Facing unprecedented environmental challenges, Freetown and its rural communities devise their own solutions. Deirdre Firinne spoke to the entrepreneurs, activists, and students building the grassroots infrastructure which will carry them forward.

Last December, model Deirdre Fírinne traveled to Sierra Leone’s capital, Freetown, and its surrounding rural communities with the relief and development organization, Cordaid. 18 years after its devastating civil war, Sierra Leone’s citizens face a new and residual set of adversities. Over the past few years, Freetown has seen unprecedented flooding with accompanying deadly mudslides that have destroyed infrastructure and lead to severe water contamination. Pollution from growing industry threatens the water sources and air quality of rural communities, leaving them vulnerable to fires. Here, Fírinne shares stories of perseverance, optimism, and community from locals she encountered during her travels.

Donald Ola Smart is the owner and founder of Mountain Lion, a rice factory located in Makeni that supports over 4,000 local farmers by providing training, seeds, and assistance with the harvest.

Before starting Mountain Lion in 2010, Ola was a teacher during and after the civil war that ended in 2002 in Sierra Leone. When the war ended, he began working with young ex-rebels, most between 15 to 25 years old. He taught them farming techniques and started a co-op where members could each farm a piece of land for rice. He also created a factory to process the rice and sell it to marketplaces.

Rice is one of the most popular foods in Sierra Leone, but 95 percent is imported. Ola believes that investing in agriculture in Sierra Leone will decrease unemployment and lower the number of young people moving to the capital looking for jobs.

“I would love to grow, to support more farmers and provide them with tools, tractors, and machines to make their job easier,” Ola says.

He recently received a business loan from Cordaid, and is hoping to invest in new equipment in the near future, particularly a machine that can separate the plant from the rice in the fields, making the work less labor intensive for the farmers. 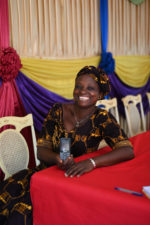 Abibuctu Tourarailly is 32 years old and lives in the Kroo Bay neighborhood of Freetown with her husband and three children. A river flows through the neighborhood and often floods during the rainy season, filling the streets with water and waste. Fires also often break out due to the open electricity wires. The houses are very close to each other and made of wood, which makes it easy for the fire to spread.

These events can be catastrophic for Abibuctu and her family. She often has to throw away water-logged produce and schoolbooks. Abibuctu has also lost her niece, her niece’s husband, and their child during one of the floods.

Abibuctu recently participated in a fire prevention and first aid training. She worked with others in her community to draw a map identifying common hazards and vulnerable locations in the neighborhood in order to minimize the consequences.

Saffi Berrie Akam opened her pharmacy EverHealthy in September 2017 in Freetown. Saffi and her husband pooled their savings together, took loans from family, and even sold their car to get the business off the ground.

In addition to medication, she also provides diagnostic tests for malaria and hepatitis B, and measures blood pressure and blood sugar. She sells drugs in different price classes, ensuring that anyone can come into her pharmacy and afford what they need.

Her working days are long, sometimes up to 16 hours, but she still feels deeply passionate about the work. “I love it so much, it’s fulfilling,” Saffi says. “When the customers come back and tell [me], ‘because of the medication you gave me, I feel better,’ I’m even more motivated, and I feel appreciated within the community.” 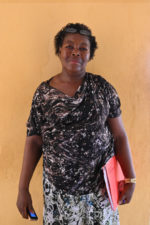 Lamin Fiangy is head of the family support unit at the police department in Godrich, Freetown. She has been working to prevent and prosecute gender-based and sexual violence since the civil war ended in 2002.

Although she has to work seven days a week, she loves her job. She is passionate about helping women and children, and using law enforcement as a means to help, not silence.

Lamin is proud to report these cases of abuse have been reduced over her years of tenure. “It may not always be easy to do my job and make people happy, but seeing that the community appreciates me and that they have the confidence to come and talk to me, it’s the biggest compliment I can get,” she says.

Fatima Timbo is the proud owner and founder of Fatimbo, a clothing store in Freetown.

All her garments, curtains, and tablecloths are hand sewn and dyed. She is known for her special Gara (tie-dye) design. “Nothing makes me more proud than seeing other people wear my clothes,” she says.

When she started her business, she never expected to have such a large staff: seven tailors, a saleswoman, and two interns. Hoping to grow her business and sell her clothes in West and South Africa, Fatima took a course in business training for nine months, studying marketing, accounting, and how to expand her brand’s online presence via WhatsApp.

They both would like to have their own businesses in the future. “I dream about having my own little shop to sell clothes, but before I open my shop, I want to finish tailoring school,” Kadiato says.

Mohammed wants to be an engineer and start a business selling building materials. “If possible, we would like to stay in our village,” he says. “All our friends and family are here.” 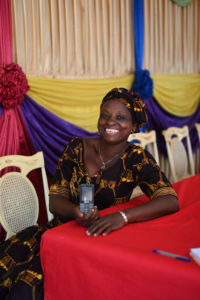 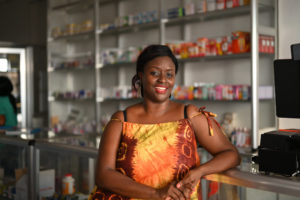 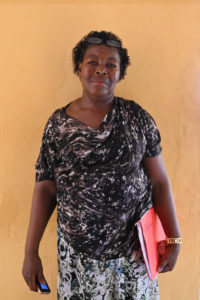 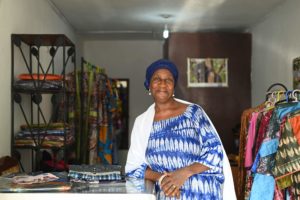 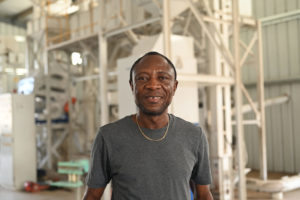 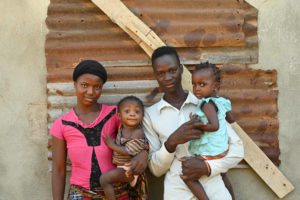