Judy Blame, born in 1960, came of age at just the right time to become a lifelong adherent to the punk aesthetic and ethos. Working with a variety of artists from Neneh Cherry to Björk to Boy George, his work captured the continual fracturing of an ever globalized world. In the wake of Blame’s death in 2018, Kim Jones produced an elegy of sorts, made manifest through Dior’s Men’s Winter 2020/2021 collection, a tribute to the late designer.

Right away the marriage of punk and couture is demonstrated through the jewelry that adorns pants, and hats, or dangles on the neck and ear. Jacket collars include a row of safety pins, and ties are fastened with a coil of pearls. Paisley runs throughout the collection, appearing on vests, shirts, and skirts. One particularly striking jacket features cascading, shimmering streaks of silver, which fragment and lessen the further one looks down the piece. Camera bags make for a fitting accessory when thinking of the collection’s punkish overtones, reminiscent of running late to a just-announced show.

In a 2016 conversation between Jones and Blame for Document, the latter’s penchant for refiguring found objects was brought up. When Jones asked Blame what possession of his archive he most prized, Blame responded, “My art collection and letters. And a piece of jewelry left to me by my mom. It’s not about the value of something; it’s more about the look or color. I couldn’t pinpoint it. It can go from a piece of jewelry, to a kid’s toy, to a rubber dildo. I know it’s a collection of objects, but I suppose it’s my crazy mind putting them together.” 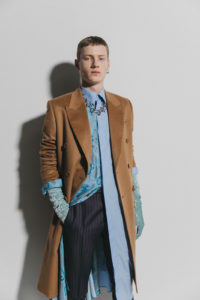 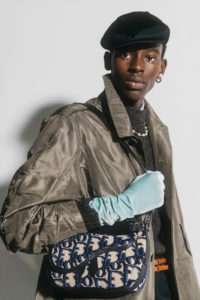 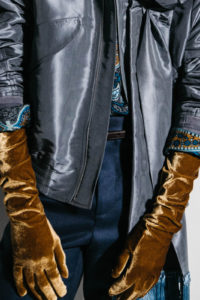 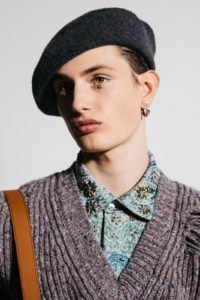 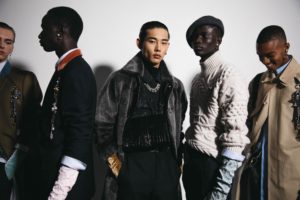 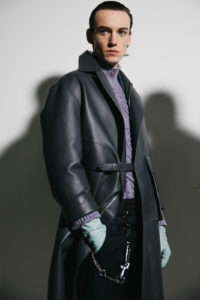 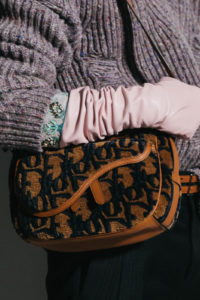 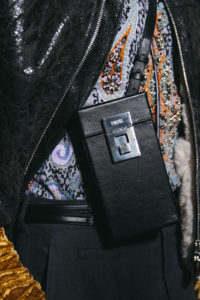 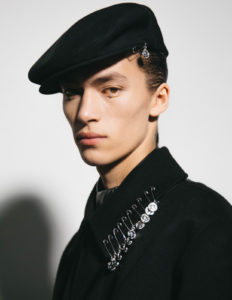 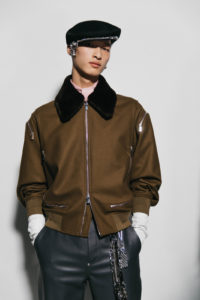 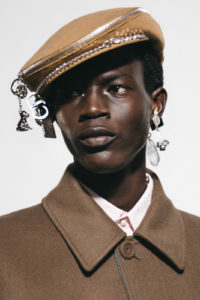 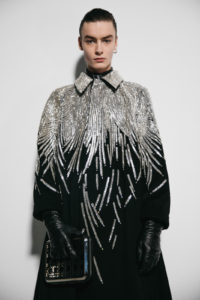 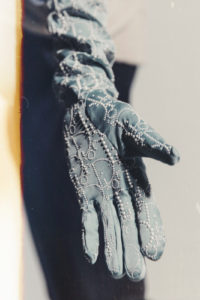 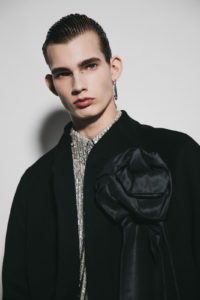 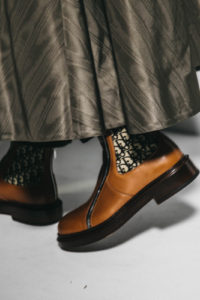 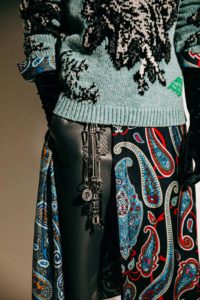 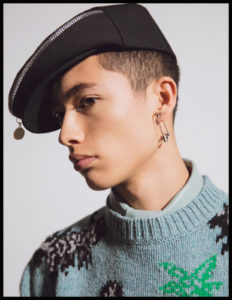 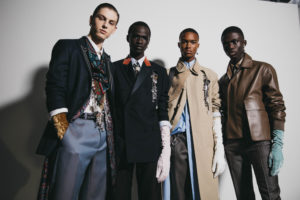