Maria Grazia Chiuri’s utopic matriarchy presents a reality in which fierceness and gentility are mutually reinforcing, not mutually exclusive.

Since her debut collection for Dior, designer Maria Grazia Chiuri has dedicated herself to challenging conventions of femininity. For couture, Chiuri commissioned artist Judy Chicago, an outspoken feminist icon in her own right, to design the show’s set entitled “The Female Divine.” Within a curved space akin to a womb, velvet banners flocked both sides of the runway with embroidered text in English on the left and French on the right. At the focal point, the grandest banner, resembling a quilt, posed the following question: “What if women ruled the world?” Follow-up questions concerning this hypothetical society rippled down the runway, speculating about the gender of God or the political rights distributed. The repetitive, conditional tense was striking, serving as a reminder that women, systemically, do not in fact rule this world.

In Chiuri’s imagined, female-dominated reality, however, the world resembled an updated Elysium of sorts. Models transformed into Greek goddesses, rearticulating the masculinized warrior in feminine terms. A soft palette of lilac, ballet pink, and mauve was strengthened by the addition of metallic silver and gold. Graceful, elaborate draping and twists met highly structured suit sets. Transparent tulle and gem embellishment merged with rope belts and sandals and gold plate accessories. Elements of armour and utility coexisted with those of delicacy and adornment. In other words, Chiuri’s utopic matriarchy presents a reality in which fierceness is found in gentility. Unlike our current conditions, the two were upheld as mutually reinforcing, not mutually exclusive. 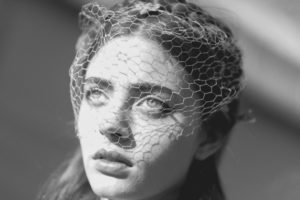 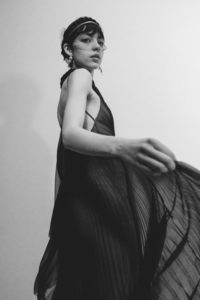 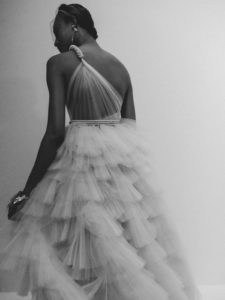 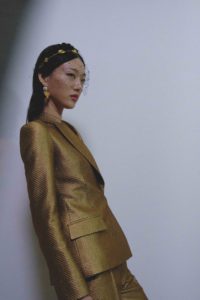 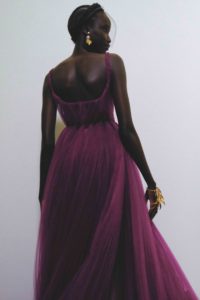 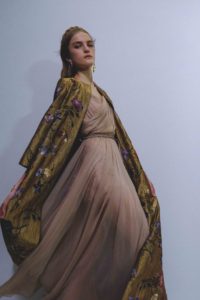 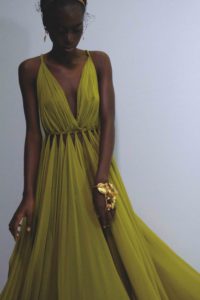 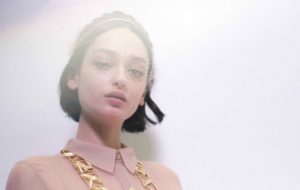 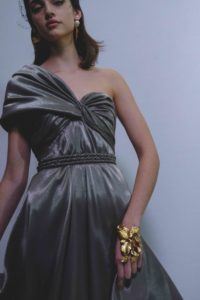 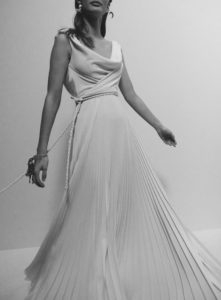 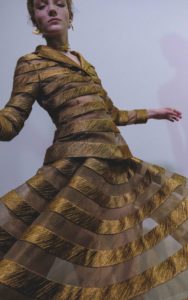 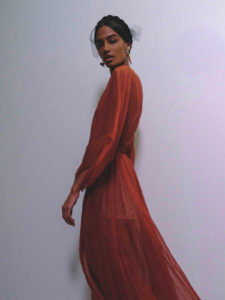