In 1945 architect and designer Bernard Rudofsky posed the question, “Are Clothes Modern?” in an exhibition of the same name at the Museum of Modern Art in New York. The exhibition examined the modern elements of dress, dissecting pockets and buttons which the press release stated the “modern man considers necessary to preserve dignity,” heels that impede the ability to walk, and the intricacies of garment construction through cutting up several pieces of fabric to compose one dress. In 2017, MoMA revived the question with their exhibition Items: Is Fashion Modern?, curated by Paola Antonelli.

Creative Director Maria Grazia Chiuri opened the Fall 2019 Dior haute couture collection with a white silk peplos—the tunic worn by women in ancient Greece—embroidered with Rudofsky’s question. Chiuri used Rudofsky’s examination of modern clothes as the foundation for the collection, employing the woman’s body to investigate the roles of form and function in couture. She returned to the house’s roots, presenting the collection at Dior’s birthplace in Paris—30 Avenue Montaigne—the location where every Dior artistic director has worked.

“I could write a book about black,” Christian Dior famously declared in his Little Dictionary of Fashion. Chiuri took note. The color dominated the show, with Chiuri structuring a suit with Dior’s signature peplum silhouette from his groundbreaking 1947 “New Look” collection. Her use of material in the collection ranged from a short bustier dress made of feathers embroidered on mesh with lace detailing, to black quilted jacquard for a day suit comprised of a cape-coat and culottes. Black mesh was featured in everything from evening dresses to shirts to veils of various lengths.

Female creatives served as a primary influence on the collection. Chiuri tapped American feminist artist Penny Slinger to create the scenography, which displayed the powerful alchemy between fire, air, and water in black and white. Chiuri also incorporated the artist’s use of fire in an asymmetric black gown that featured dramatic flames of copper lamé thread rising from the skirt. The late director Agnès Varda’s poetic 1984 documentary, Les Dites Cariatides (The So-Called Caryatids), in which she filmed the female figures that substitute columns as an architectural support, also served as inspiration for the elegantly draped gold lamé peplos gowns that proved women’s clothing could indeed be composed with one piece of fabric, as in ancient times.

“A dress is a piece of ephemeral architecture, designed to highlight proportions of the female body,” Dior once said. In her latest collection, Chiuri sought out to do just that, turning couture into a creative laboratory that looks at its foundation, its role in contemporary life, and the relationship between body, clothing, and habitats—echoing Rudofsky’s quote, “We don’t need a new way of building; we need a new way of life.” 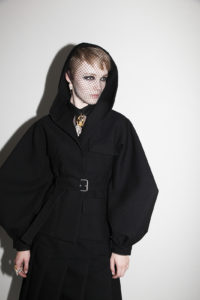 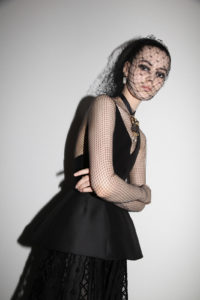 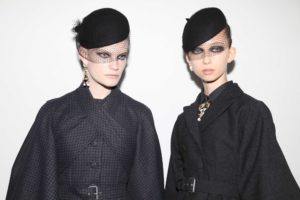 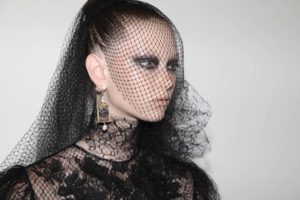 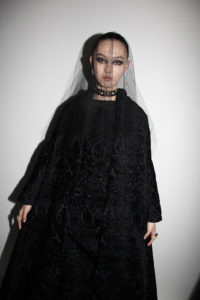 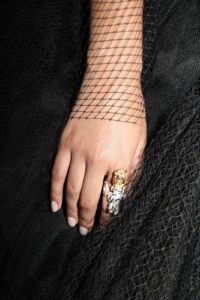 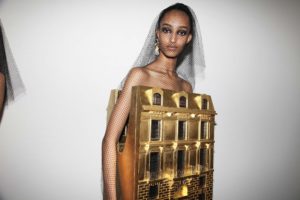 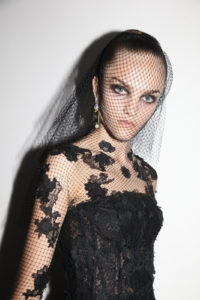 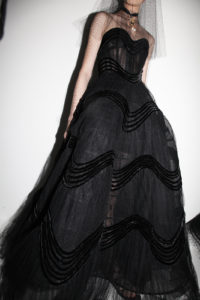 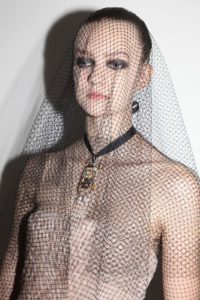 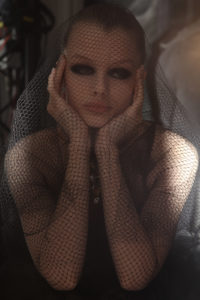 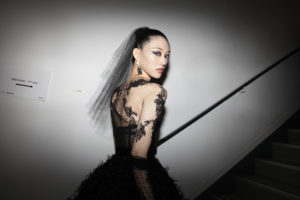 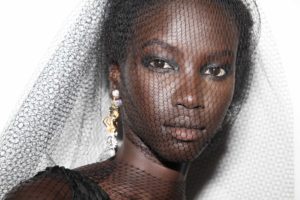 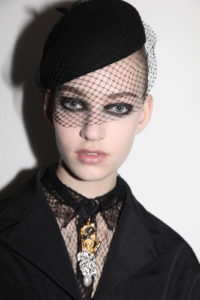 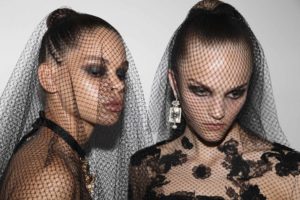