For Bethany Williams, designing environmentally sustainable and socially conscious menswear was nothing less than a calling. Since launching her label in 2017, Williams has made ethical and uplifting design the cornerstone of her work. From creating employment opportunities for formerly incarcerated women to working in addiction rehabilitation centers, Williams wants her 100 percent sustainable designs to make a difference to those whose experiences are erased or disregarded by mainstream politics—not to mention fashion houses. With three collections now under her belt, she’s been nominated for the LVMH designer prize and won the Queen Elizabeth II award for British Design.

“I’ve been thinking about these things for so long, and it’s really nice that people actually value this now, within fashion,” Williams said in an interview with Document.

William’s titled her Fall 2020 show No Recourse to Public Funds, a reference to UK legislation which disqualifies families with vulnerable immigration status from seeking welfare benefits such as social security. This condition disproportionately forces women and their children into poverty, unsafe living situations, and often homelessness.

Following extensive work with The Magpie Project, a grassroots organization which assists mothers and children affected by such policies, Williams took up the relationship between motherhood, childhood, and chosen family to center their experiences. Williams’s garments—all crafted from upcycled, sustainable, or handmade fabrics—retool elements of children’s clothing construction in knitwear, quilting, and patchwork. The brightly colorblocked collection signals a refreshing optimism which finds its strength and vision in creating fashion with a conscious. 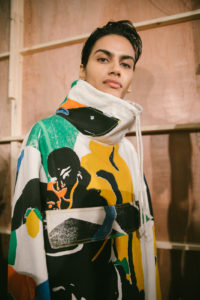 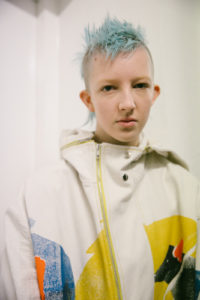 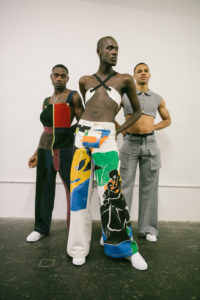 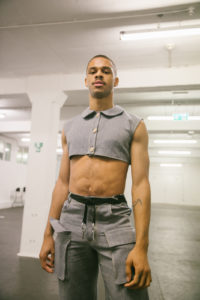 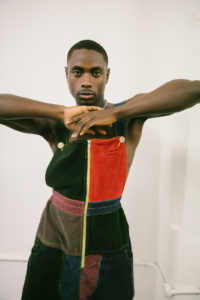 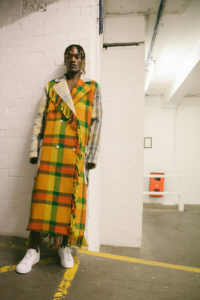 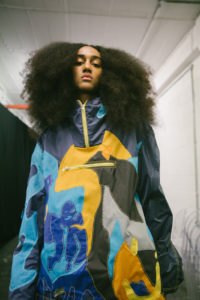 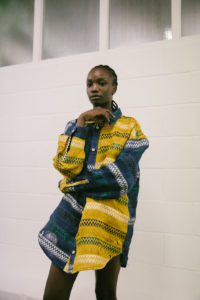 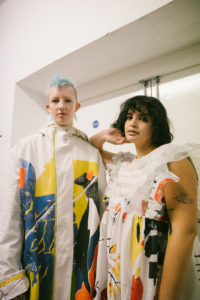 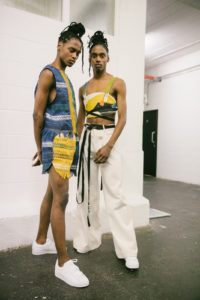 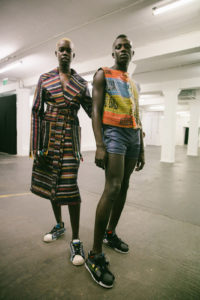 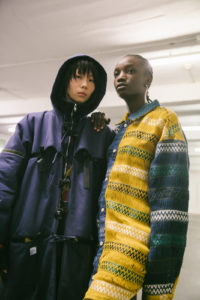 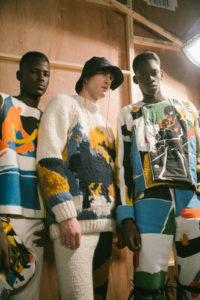 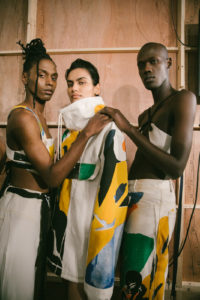 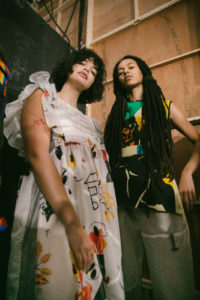 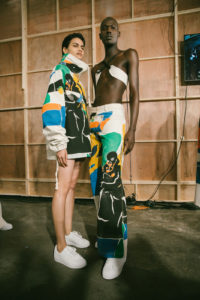