The designer revels in the darkly humorous aspects of political chaos for Spring 2020.

On the penultimate day of men’s fashion week in London, Martine Rose was quietly distorting reality. On a rooftop in the concrete heart of London’s financial district, faded childlike t-shirts branded with “Promising Britain” set the tone for the collection’s cheery yet frightening disposition; cartoon prints and clowns designed to “feel playful and sinister” were all parts of a show imbued with a sense of political unease at large.

The designer is known for her use of characters, and the one in her Spring 2020 collection was a familiar trope littered throughout 1970s British television—an entrepreneurial and opportunistic office worker, dressed a mix of shell suits and streetwear, once thought to be the poster boy for corporate enterprise in London. But now, driven by the uncertainty of markets post-Brexit, business is fleeing the city—an issue Rose wants to shine a light on. “There’s something laughable about what’s happening and also terrifying,” the designer said after the show. “It’s something that needs to be discussed and spoken about.” 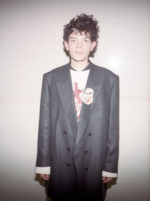 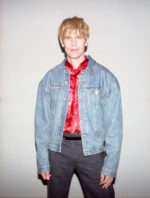 Referring to those at the helm of British politics today as “clowns,” Rose said her new collection was created “with the tongue firmly in the cheek.” The “Promising Britain” shirts arrived alongside European Union star prints, and if it was all a bit confusing, that was the point. “A lot of the cuts are upside down, back to front—because that’s really how everything feels at the moment,” she said. One technique that appeared over and over again was what the designer and her team affectionately called “crinkle denim,” a resin treatment designed to distort the fabric used on tops and even leather pieces: “Again, it’s things being slightly undone, slightly ruined.” When the familiar is so intricately distorted, it makes you question reality—Rose even likened the hair and makeup to an “intense snog,” saying it can be “great and terrifying at the same time.” 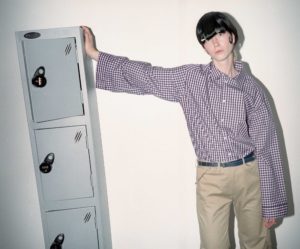 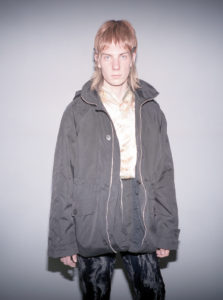 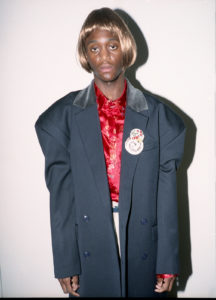 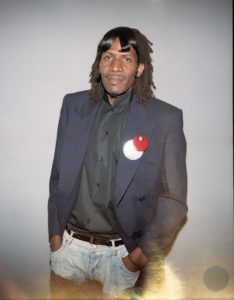 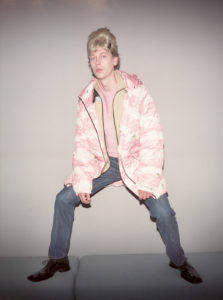 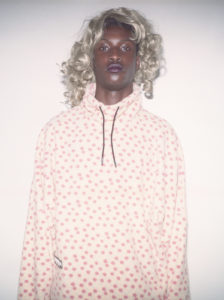 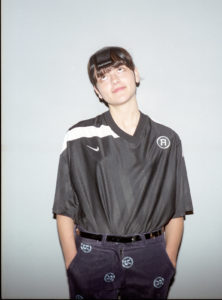 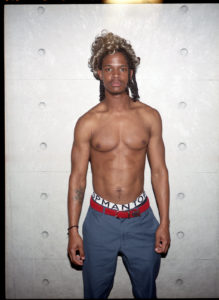 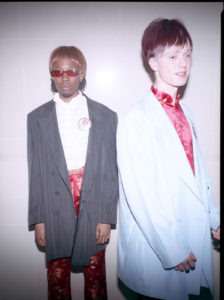 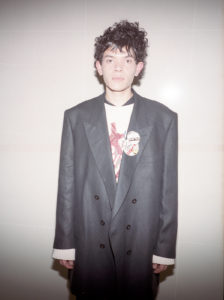 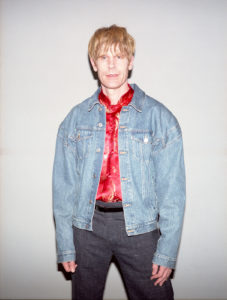 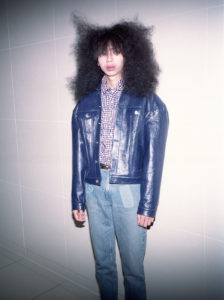 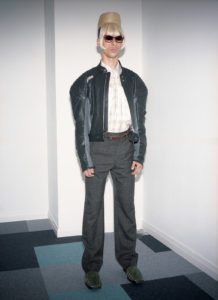 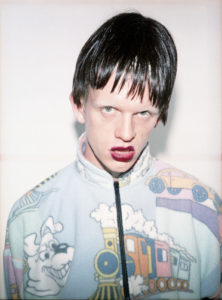