How Karl Lagerfeld's legacy is coming full circle with a 150,000 € prize for emerging designers.

“Karl Lagerfeld, creative director of the House of Fendi since 1965, was involved in the Prize since its launch,” said Arnault in a statement. “He was fully committed to it since day one,  transporting us with his enthusiasm and his energy, sharing with everyone, whether other jury members or candidates, his culture and his passion for fashion. We shall always cherish those precious moments. The Karl Lagerfeld Prize naturally perpetuates the closeness we developed over the years and is a tribute to the man’s unique creative genius, to his ability to turn Paris  into the fashion capital of the world.” 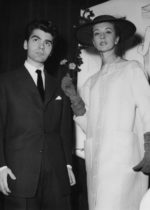 The prize signals Lagerfeld’s legacy coming full circle with his days as an emerging designer. At the age of 21, Lagerfeld entered the second iteration of the Woolmark Prize in 1954. A panel, which included iconic designers Pierre Balmain and Hubert de Givenchy, awarded 18-year-old Yves Saint Laurent the prize for dress design, while Lagerfeld was named the winner of the coat category. The two would go on to become the most celebrated fashion designers of their time and the rest is fashion history.

Lagerfeld, who served on the jury of the LVMH Prize in his final years, recalled blowing all his prize money on a shopping spree in a 2015 master class at the Hyères International Festival of Fashion and Photography: “It was a worldwide contest organized by the International Woolmark [Secretariat]. They had huge posters in cities saying to send sketches if you aren’t a professional. I sent a few sketches, forgot about it. Later, I got a telegram. I was told I won the first for the prize…It was a lot of money…I went immediately in a place in the passage des Champs-Elysées and spent everything on clothes. It was a happy day. There were a few more.”

The short-listed designers for the 2019 LVMH Prize for Young Fashion Designers, and thus, the Karl Lagerfeld Prize, includes London-based Bethany Williams for her eponymous brand, New York-based designers Emily Adams Bode for BODE and Caroline Hu for HU, and Johannesburg-based Thebe Magugu for his self-named label. Time will tell if one of these designers reach the caliber of Lagerfeld over the next few decades. 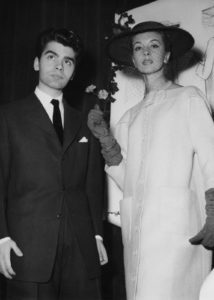