The co-founder of music label Quality Control, homebase for City Girls and Migos, takes a community-based approach to building a sustainable business and scene.

Quality Control, the label behind hip hop icons like Lil Baby, Migos, and City Girls, was co-founded by Kevin “Coach K” Lee, who carries with him a large presence. He has a deep, restrained voice, and a stark white beard. He doesn’t come across as particularly emotive, apart from a warm smile that will overtake his face every so often. Nor is he outwardly animated, unlike the notorious Duke University basketball coach with whom Coach K shares his name; but his athletic, dexterous, and planned approach to the music industry resembles a basketball game plan. It’s a skillset he’s been developing since his early life in Indianapolis, admiring his uncle and namesake, an all-American basketball player who instilled in Coach K a competitive drive. “[He] literally put the basketball in my crib,” Coach said during a panel at Red Bull Music Festival Atlanta earlier this month. Now an undisputed titan in hip hop, he’s determined to impart this drive to artists on his label.

Coach’s involvement in the music industry did not begin with the rise of Quality Control, however; it has been a part of his life since his youth. During Coach’s childhood, both his mother and grandmother worked at RCA Records’ now-defunct pressing plant in Indianapolis. As a child Coach loved listening to the various records his family brought home from the plant. In the mid ’90s he uprooted to Atlanta after seeing its blooming music and cultural scene; now, almost two decades after the move, Coach K is a gatekeeper to the city, largely because of the sustainable hip hop scene he has fostered and his community-first approach to building a business. 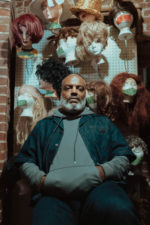 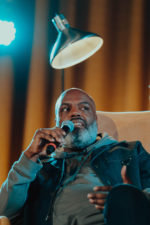 “We’ve built our company brick by brick—grab your fans, build this fan base, and then let’s just grow it out, out, out,” Coach told me backstage of Atlanta’s historic Plaza Theater following the exclusive panel, hosted by Red Bull Music, which gave fans a rare glimpse into the rap industry. Under the guidance of Coach K and his partner Pierre “Pee” Thomas, artists like Lil Baby, Lil Yachty, and Migos have skyrocketed to the top of billboard charts through series of individual albums and two volumes of the compilation album, Control the Streets. The success behind the QC label is thanks to a combination of the label’s savvy business and publicity moves and Coach and Pee’s ability to nurture their artists, encouraging them to be their authentic selves. “What I always tell artists is to be true to themselves. In hip hop it’s all about storytelling. Say for instance, Lil Baby, working on his album. He’s had some pop success, but the reason that he’s had that success is because he’s stayed so real to himself,” Coach explained. “He has a gift in keeping it real and keeping it authentic to himself, and giving it to his fans in a way where it can sustain in these different genres.”

Ensuring that an artist has longevity in such a tumultuous industry requires proper management and branding. “Brands last longer than songs,” Coach stated during the panel, and this mindset has been apparent in everything he touches. In an era where pop music is dominated by rapid ascensions and even more rapid descents, Quality Control has been able to create truly sustainable hip hop artists: “Every last one of our artists turns into a brand, so why wouldn’t an artist want to be a part of that? Especially if it’s right for them. Like I said, shit, we probably have 10 or 11 artists. Five or six of them are major stars. We don’t chase artists. We’re big on: ‘We see talent, let’s develop it.”’ This longevity is a result of Coach’s game plan; established artists like Migos have gone from releasing chart-topping albums as a group to individually releasing solo projects under the QC imprint, all of which were met with critical acclaim. Newer artists on QC like City Girls have also been welcomed into the hip hop landscape thanks to Coach’s helping hand.

I asked Coach what his day to day currently looks like at Quality Control. He’s a busy man: “We have all our artists working on albums. We have a couple film and television [projects] in development right now. I have sports athletes [in their] contract year.” Unlike many other top music execs, Coach is focused on the larger picture. He announced at the panel that Quality Control is currently in the process of a multimedia facility which will be home to music, visual art, film, and television; Coach expects the compound to potentially create hundreds of jobs in the heart of Atlanta. “I think our music’s just evolved here. That’s one of the reasons I really wanted to build this infrastructure here,” Coach said.

Southern rap has been notoriously excluded in hip hop history. It’s been ignored, subject to damaging tropes, and co-opted by West and East Coast artists. If the South’s rap scene has always been influential in creating trends, now it defines the direction of the genre. Artists from the coasts like Frank Ocean and A$AP Rocky have adopted the southern sound. Coach loves the previously unreceived recognition his artists are now granted: “I think it’s amazing though, to be honest, man, it feels good, because you know I’m cool with all those guys. I know when I’m sitting in the studio with Rocky, and [he’s] seeing Lil Baby and saying, ‘play me something. Damn, let me get on that record.’ It’s a good feeling.” Noticing the continual rise of Atlanta in hip hop is partially what led to the construction of the QC facility: “I think our music’s just evolved here. ”

Coach K’s focus and work ethic have been pivotal in sparking this meteoric rise in Atlanta rap. Along with propelling his artists into stardom, Coach K is bringing the whole city with them. “Shit started bubbling here,” Coach said. “Now you have East Coast sounding like it, [and] West Coast’s watching everything that’s going on. We’re creating infrastructure where the artists of the South feel proud. It’s not even a QC thing, it just happens to be ran by Quality Control.” 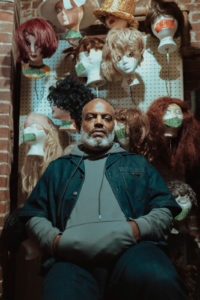 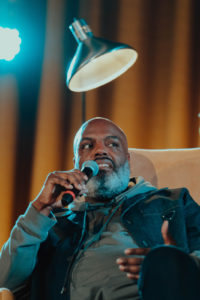 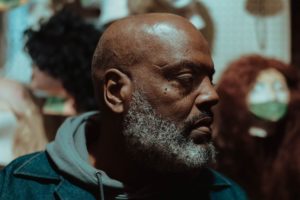 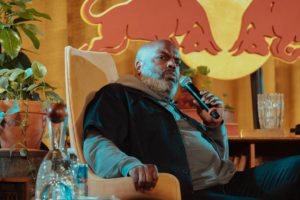