Commission has redefined fashion’s ideology of East Asian dressing codes. The trio behind the brand, Jin Kay, Dylan Cao, and Huy Luong came together a little over a year ago, finding a common thread between their primary sources of inspiration: their mothers. The foundation of their label was built upon honoring their mothers’ legacies as East Asian women working in the ՚80s and ՚90s, but has since expanded to the universal language and dressing codes of the era. At Commission, the story and the woman come first. As first-generation immigrants to New York City, the trio is continuing a legacy of inherited class and tradition in the forward-thinking, modern downtown New York City girl.

I recently sat down with the trio at their studio in Chelsea. Surrounded by their archive of black leather boots and heels from Prada to Jimmy Choo, an international range of rare photobooks stacked on an orderly bookshelf, and their latest collection beautifully hung on a single rack. There’s a certain type of effortless coherence present amongst them, all dressed in laid back sportswear but with cultivated accessories like Dylan’s gold Gucci aviator glasses.

Sarah Daoui—Where was the start of Commission? Whose idea was it?

Jin Kay—We were at a birthday dinner, at Sel Rrose on Kenmare and Bowery, and I knew Huy and Dylan worked together in the past but this was the first time all three of us met. Huy asked me what I want to do in the future, so I told him I’ve thought about starting my own thing. Then he mentioned Dylan wants to have a brand too.

Dylan Cao—Our first conversation wasn’t really about what style clothes we want or what sort of visuals we need to do. It was more like ‘What is missing? What does the fashion industry need?’ And that’s how we found Commission: through the story we collaboratively have to tell. The story always comes first.

Dylan—It really started with the woman. Her lifestyle, her looks. Is she smart? What does she do? What is she interested in?

Dylan—At the beginning, it was a bit naive, but more and more we arrive at a woman that is chic, but also intellectual and intelligent. Because the story of the brand is so important to us, whoever can relate to it is the client. It shouldn’t be limited to looks and body types or races and backgrounds. We’ve met so many people over the course of the past year who don’t come from an East Asian background, but can still relate to our appreciation of our heritage in one way or another. We have people from India, even people from Eastern Europe, saying, ‘It’s not exactly my heritage, but growing up I did see my parents dressing in a similar way.’ And so it’s sort of this universal language to this era that we tapped into.

Sarah—That’s something I really admire about your brand; it’s not just the fashionable girl, it’s the intellectual, self-aware girl who can resonate with your admiration for your heritage.

Dylan—Thank you. I think it’s valuable to have the woman or the client, for example you, to say those things because for us to vocalize it doesn’t feel super genuine. But over time, we let the product speak for itself, and we let the clients speak for themselves.

Sarah—I also love the idea for Commission Femmes, archiving all the portraits of Commission women together.

Jin—It’s cool because it’s not about ‘models,’ per se. It’s about people who we admire. It’s a way for us to show who we are as a brand and the beauty of the woman. Not necessarily about the clothing, but about the women we have representing our clothing.

Sarah—Congratulations on your latest Spring/Summer 20 collection! The lookbook photos on the beach are beautiful. Can you talk a little bit about how the Commission woman has evolved up to this season?

Jin—Spring ՚19 was about our mothers going to work; that was the theme. Fall ՚19 was about after hours, after work. And then Spring ՚20 is about their first vacation to a beach town.

Dylan—Both Jin and Huy grew up in ocean regions; Jin from Busan in Korea and Huy from Nha Trang in Vietnam. Both fishing towns.

Dylan—For the visuals of the spring lookbook, we kind of wanted to riff on the idea of this awkwardness of a mom being on a foreign beach, somewhere she hasn’t been before. Buying a souvenir t-shirt and putting it on, or just going about her day on the beach carrying things, wearing things inside out, either with or without a husband; she might have a son somewhere playing, and she has all this stuff with her. A little bit familiar but slightly out of place.

Sarah—That makes me think of my dad always wearing sneakers on the beach it’s like his trademark.

Dylan—Exactly! There’s always something! Like my mom, I would tag along with her on a company trip, and they would go from the office to the beach in this van right? And everybody would get out still wearing their tailored pants. And maybe they would take off their top but then inside it’s a swimsuit already.

Sarah—I know your first collection was inspired by workwear from ՚80s East Asian women. Was there a specific occupation your mothers had?

Jin—My mom was a pediatrician. I remember seeing her always going to work really early in the morning with a high heel, pencil skirt, blazer, and clutch. Then she would go to work and change into a lab coat. She could also really transform when she was out. She would do crazy, voluminous hair with jewelries and everything. I think a lot of my aesthetic was influenced by her since I was little.

Huy—My grandparents used to have a restaurant. So, my mom used to be a hostess and waitress there. In the morning she would dress pretty simple: white shirt with denim, and then in the evening she would be in more of a party look. She loved to sing.

Dylan—My mom had an office job. She supervised people, managed schedules, arranged cars for business meetings, that kind of thing. I think she would have the same look as Jin’s mom. Really colorful blouses, big shoulders tucked into pants and pencil skirts, and always with some sort of leather handbag or clutch. She would drive a motorbike everywhere and had this little tan leather tote that she would always wear in front of her body regardless of what outfit, day or night.

Jin—All those little elements are actually blended into our design. When they told me about their moms riding motorcycles to work with their skirts riding up on the side, I immediately thought: how can we take these elements and make them more modern and witty? So we’re trying to blend the serious clothing with humorous elements. For example, we attached fannies in the skirt and the coat; we’ve added a purse strap on top of dresses and jackets. We’re trying to play that dress code, not literally but more abstract.

Sarah—I feel like in a way you guys are anthropologists of your own kind because you’re documenting the authenticity of that era in a way that most other brands have inauthentically done.

Dylan—We do feel a little late to the game because for the longest time when Asian culture gets interpreted through the Western lens, especially in fashion and the visual world, it’s really limited. It’s always focused on certain motifs like lotus, dragons, really traditional looks which almost exclusively belonging to the Chinese culture. That is not doing them justice either, because to take one element of visual culture and to have it as an umbrella look for a continent where there’s so many different regions with varying cultural nuances, not even visual but also historical, it’s just not balanced.

Jin—Also you see Western fashion portray Asian [aesthetics] very traditionally. We didn’t grow up looking at our surroundings like that; they didn’t wear traditional clothes. So it’s sort of a fantasy; it’s like a story from thousands of years ago. We wanted to create something that’s relatable to us and our friends, also living in New York.

Sarah—What are some of your favorite places to hang out in New York?

Jin—I think the most important spots for us are bookstores. We go to a few different bookstores around the city that sell good art books, like Dashwood and Mast Books; There’s this really cool bookstore on 4th avenue near Union Square, they usually have really precious books, nice art and fashion books in a little glass case, and that’s called Alabaster.

Dylan—We go to Strand a lot, for good deals on out of print books.

Jin—We go almost every two weeks. Sometimes twice a week if we have time to hang out. It’s really satisfying for us to find a title or a photography book from any region in Asia from the period we’re interested in. That’s why we collect a lot of Japanese, Chinese, and even Thai photographers’ work that we’re interested in.

Sarah—Do you guys ever see Commission expanding to include menswear?

Dylan—It’s down in the pipe but probably not anytime in the near future. It’s a conscious decision because we want an ample amount of time to have the woman familiarized with everybody, to build a really strong identity for the women’s side of the brand. So I think until that is done, we don’t want to welcome any dilution with the men’s brand, because they sometimes can compete.

Huy—We always joke about how for us, since the story is always about the mom, the dad, the parents, maybe the Commission mans is the husband. You know, it’s always the look of a couple. We joke a lot about, maybe if we have a show, we can have Commission men dress really simply in certain pieces and just walk behind the woman, carrying something for her because that’s what we saw growing up.

Sarah—That would be iconic! But for now, she’s single…. 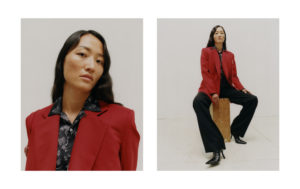 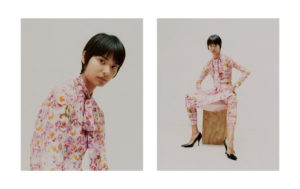 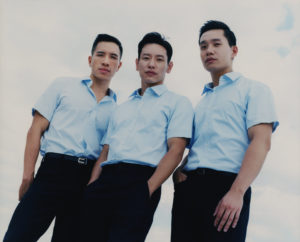 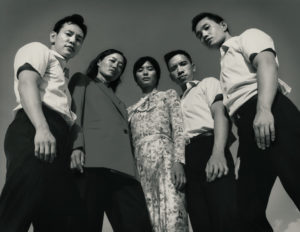 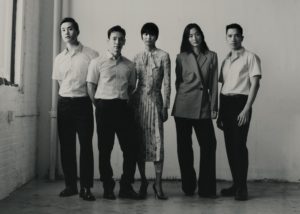