It’s safe to say KidSuper is having one hell of a year. Earlier this summer, the New York-based label founded by Colm Dillane was lauded for its debut Paris fashion week show, A Bull in a China Shop. “Colm Dillane’s KidSuper Show Is the Breakout Surprise of the Paris Menswear Shows So Far,” one Vogue.com headline read. Perhaps the highlight of the Paris show was Colm’s mom, dancing to a flamenco tune played by KidSuper alumna Dominic Fike, all of which were last-minute adaptations to the original plan. “The first fashion show I had ever been to was my own,” Colm said of the Paris showing, “not because I didn’t want to go, but nobody invited me.”

It’s this exclusivity in fashion that Colm has begun to upend in his latest project. KidSuper has now taken its cult following to the forefront of New York Fashion Week with its most recent collection, RECYCLING: A Runway Show, which showed last week at 25 Kent Ave in Brooklyn. RECYCLING was the culmination of KidSuper’s ambitious plan to urge fashion week to become more inclusive and sustainable, which had started a week prior with the launch of Assembly Line—a community project where attendees could pick through donated clothes then work with sewers and screen printers to create their own unique design. 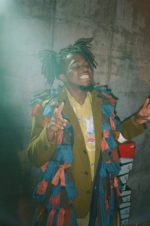 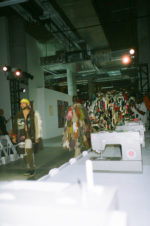 The idea for Assembly Line came a few years back, in 2018, when Colm hosted a similar event at Art Basel in 2018, he told me when I caught up with him a few days before the project’s opening. Colm saw the exclusivity and lack of participation at Art Basel as representative of the art and fashion industries as a whole. No matter the size of the audience, Colm never swayed from his own sensibilities—community empowerment has always been paramount to the KidSuper image. It took a few years for the rest of the world to catch up to him, but now they have.

Inclusive community building is one of the pillars of this vision. The KidSuper family has expanded thanks to the brand’s recent surge in appeal, but Colm has always had a core group. “The Underachievers were the first people to ever support me,” Colm told me. AK from The Underachievers walked for KidSuper in Paris. Dominic Fike and Russ both spent stints living in the basement of KidSuper Studios as they started their careers. Same with Lolo Zouaï, the fledgling pop star who walked for KidSuper at his NYFW show this past week. “People don’t leave you once you step up to the plate,” Colm said. He’s certainly done that—when KidSuper puts on, New York shows up.

There were over 1000 RSVPs to the public showing of RECYCLING: A Runway Show, with fans waiting in line hours before doors opened. KidSuper’s models now included rappers Kirk Knight, CJ Fly, Guapdad4000, and more (Joey Bada$$ and The Flatbush Zombies’ Meechy Darko watched from the front row). Action Bronson closed the show wearing a stained t-shirt and “the world’s longest trench coat,” a 50-foot-long garment that trailed behind Bronson and needed a full crew to help carry it down the runway. Walking alongside the stars that flooded the runway were Colm’s family and friends. 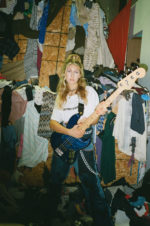 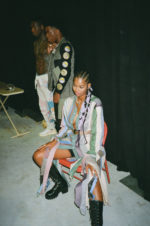 The collection showed at RECYCLING was entirely upcycled from donated clothes, made at Assembly Line by sewers and fans alike, allowing the community to see their designs from inception through to fruition. Proportion was a key theme throughout the show. A pile of donated clothing towered above the runway as models walked. The clothes, too, dealt largely in size and scaling. Through the collection the KidSuper team urged the audience to see the pure mass of recycled fabric that went into each piece. Lolo was wearing a halter-neck top made entirely from scores of patches, and pants made from hundreds of garment tags. Another model’s suit was made from a deconstructed tulle dress. Bronson’s 50-foot coat reminded us, again, of the waste the fashion industry can create. But the show wasn’t an omen of fashion’s future, rather, the stunning collection represented a new possible route to sustainable design.

“This is how you do New York Fashion Week,” Colm yelled into the microphone post-show. “We really did it.” “We” is the operative word in that quote. As the show finished, Colm invited out the sewers, screen-printers, and designers, who created the clothes just shown, to walk the runway; it really was a rare and touching moment to see the joy of these “factory workers” as they were met with applause from the audience.

I asked Colm what was next for KidSuper. He wasn’t really sure. There’s an upcoming collaboration with Puma on a run of KidSuper sneakers. New Era is producing a line of KidSuper exclusive headwear. It’s hard to know what to expect from a brand so insistent on spontaneity and individuality. What we do know is that KidSuper is only headed upwards. 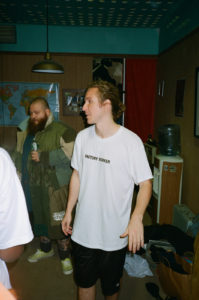 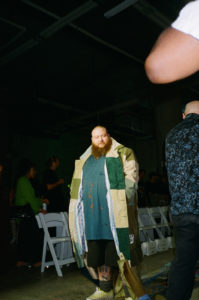 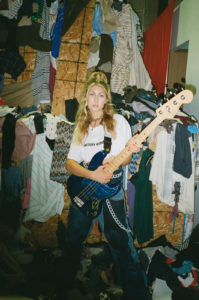 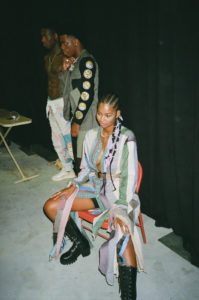 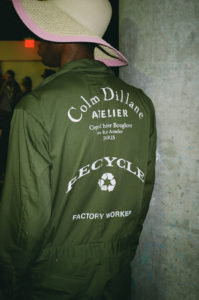 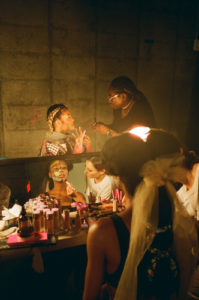 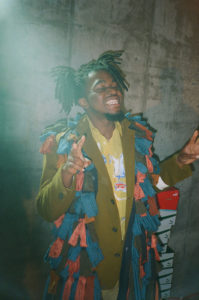 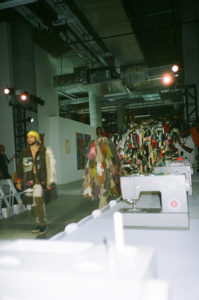 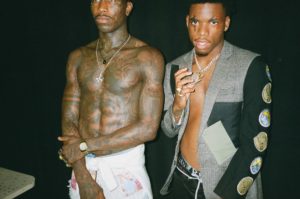 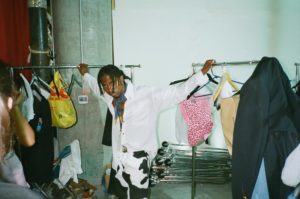 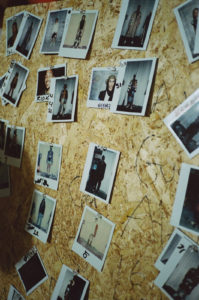