Document catches up with the emerging singer as she settles in Brooklyn after a 22-city tour.

Born in Paris to French-Algerian parents, singer Lolo Zouaï arrived in San Francisco as an infant before moving to Nashville for a semester of college at 18. After dropping out of her songwriting major, she moved back to San Francisco, where she started making music, before moving back to Paris for six months. Now, as of late, she’s living in Brooklyn. “Yeah I been in limbo,” Zouaï sings on “Moi,” a highlight from her sultry and spotless debut album High Highs to Low Lows, which arrived via RCA in April. “On my own, on my own since I left San Francisco / Now home is where I lay my pillow.”

Yet even for someone so accustomed to uprooting, Zouaï’s recent 22-city headlining tour–which she finished this past May–was a different beast entirely. From New York to Los Angeles, Vancouver to Chicago, the 24-year-old got her first real taste of life on the road: the highs of playing to sold out crowds screaming every word, the lows of missing a show (in Santa Ana, California) due to losing her voice. 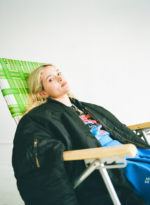 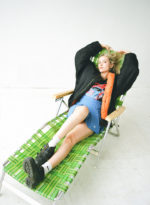 A precocious lyricist, Zouaï excels at simply telling it like it is. High Highs to Low Lows, a dynamic project that blends hip-hop, neo-soul, and light electro-pop experimentation, finds Zouaï delivering convincing tastes of her real life: from gleefully turning up on a commercial flight (“Out the Bottle”) to reminiscing about her immigrant father’s pizza shop in Las Vegas (“Summers in Vegas”) to confronting depression and hangovers (“Blue”) and embracing sexual freedom (“Ride”).

Zouaï’s music speaks to personal experience—not just her own, but any 20-something’s pursuit of clear, concrete selfhood—while never taking itself too seriously. With a slew of infectious instrumentals and Zouaï’s charismatic presence, it’s music that translates perfectly to the stage, a place Zouaï is increasingly comfortable, no matter the city. As she sings on “Moi,” “my heart is on the road.”

Ahead of her 15-show European tour this October—that will take her to London, Dublin, Amsterdam, Barcelona, and, of course, back to Paris—Zouaï spoke to Document about touring, style, and maintaining her sanity on the road. 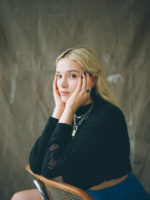 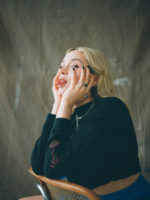 Jackson Howard—This recent tour was your longest journey on the road, and the first since the album dropped. What has the experience been like?

Lolo Zouaï—I played 22 cities in a month. It was my first time on a tour bus, which was tight because I would just wake up in a new city every day. Touring is definitely harder than I expected. I ended up losing my voice for one day and I sadly had to cancel a show. It’s all a learning experience and it’s been worth it meeting the people who listen to my music. I really love them. After the tour I came home with a folder of letters and gifts, which made me so happy. It’s just a reminder for me that I’m doing what I’m supposed to be doing. It’s hard to grasp that it’s real.

Jackson—How has the process been of translating the music to a live setting? When I saw you in New York, it was just you on stage, but you seemed totally at home.

Lolo—I don’t have a band yet, so it feels like I’m just listening to my album with the homies, [except] we’re all singing. I move and dance around a lot on stage. It’s really fun, but it can get emotional too. 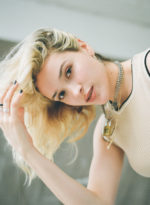 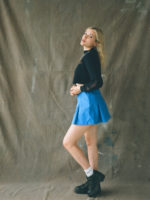 Jackson—22 shows is no joke. How did you stay sane, and healthy?

Lolo—Who says I’m sane? That’s probably the most difficult part of tour. It’s overwhelming for me because I’m an extroverted introvert, and so it takes a lot for me to always be ‘on.’ It’s worth it, though, every time I go on stage. Health wise, water—and tea—is the key. No dranking. No coffee on tour, sadly. Sleeping with a humidifier and essential oils reminds me of my bedroom [in Brooklyn] and is really good for my voice. I try to go on runs and and get a lot of sleep, too. That’s in a perfect world, though.

Jackson—Tell me about your style on the road and on stage.

Lolo—I don’t have a look I’m going for. I just wear what I like and what I’m comfortable in. I’ve always been into racing jackets. I’ve been wearing a lot of tennis skirts with clunky boots. I’m really into Japanese fashion so I can’t wait to go thrifting there when I go to Tokyo this summer for a festival.

Jackson—Do you spend a lot of time alone on the road?

Lolo—Alone time is so important to me. On my off-time I just try to enjoy my life. I’m also back in the studio. I just got my own place in Brooklyn so I’m usually there when I need to relax. Relaxing is low-key hard for me to do but I’m learning.

Lolo—I just shot a couple of new music videos for the album. Making new music. A lot of exciting stuff on the way. 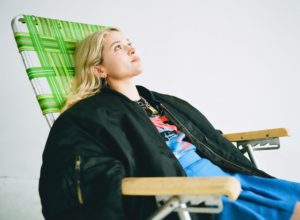 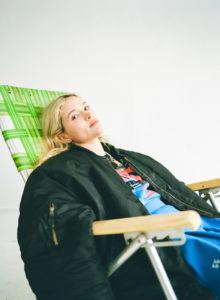 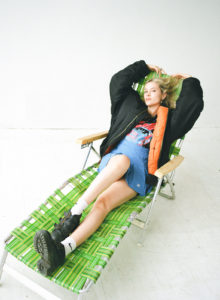 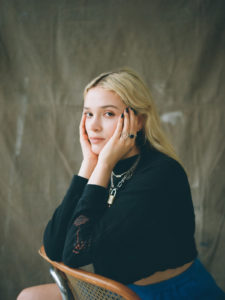 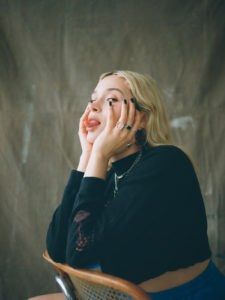 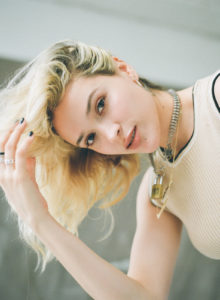 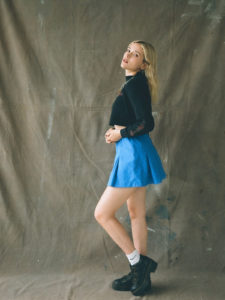 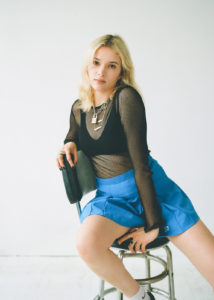 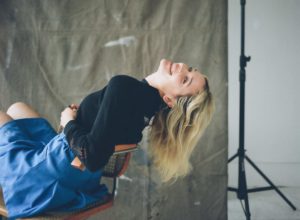