Pat Ivers and Emily Armstrong remember the feverish energy of late-’70s Irving Plaza, where they captured Poison Ivy and Lux Interior on the brink of rock stardom.

Nearly every night between the mid ’70s and early ’80s—sometimes more than once—Pat Ivers and Emily Armstrong lugged television video cameras and lighting equipment around Lower Manhattan. They caught hundreds of performances from bands who defined the era: think Dead Boys, Talking Heads, Blondie, Richard Hell, Bad Brains. Pat and Emily’s films became underground treasures, cherished by the bands they shot and the scene kids who crowded into neighborhood bars to watch ‘Nightclubbing,’ their cable access show. Between shoots, CBGB owner Hilly Kristal awkwardly set them up with dates, a Dead Kennedy crashed on Pat’s couch, and they spent a night in jail with Keith Haring and David Wojnarowicz.

Over the last four weeks, Pat and Emily trace the origins of their “spiritual following”: to capture the fleeting moment in New York music when rent was $60 and Iggy Pop was two feet away. Over the last three weeks, the pair have been taking us through the bands and venues that best capture the inimitable energy that was early-days punk.

For their last edition, Pat and Emily discuss The Cramps‘ 1979 performance at Irving Plaza, and why it’s so hard to replicate the intimacy and energy of the era.

Pat Ivers—A lot of bands stayed with us. Our apartment building was so ground zero. Johnny Lydon [Johnny Rotten] use to stay upstairs. One of the guys from Patti Smith’s group lived with me. It was a real nexus.

Emily Armstrong—We used to have huge parties. We had a St. Patrick’s Day party that we were famous for, and then we had a New Year’s Day brunch. We didn’t usually go out on New Year’s Eve. That was considered to be like amateur night. Unless you were working, then you might get some good tips, although we never got tips. We were not in a tipping industry. Nobody said ‘tip the DJ’…Who else ya got?

Emily—That was an amazing show. Did they open for the Heartbreakers?

Emily—We went to tape John Cale and [The Cramps] were the opening band. That was another lighting crisis because they were singing in the dark. We couldn’t see anything. Unlike CBGB where you could get up on the stage, we were on the balcony.

Pat—No, no. I was standing on a box in front of the stage.

Emily—We almost didn’t tape them because there was so little light. [Usually] they played in the dark. But the lighting guy at Irving Plaza was the greatest. He went out and got these standing lights. They added them after we started shooting. You can see them in the video when it brightens up—these gigantic green lights down at the bottom. It works for The Cramps.

That was an incredible show. Lux [Interior] was just outstanding. I think Barry Myers was DJing there. You can hear him on the tape. He was the DJ for a while at Irving Plaza.

Pat—Did you see the little pin? [Lux] just pinned it into his chest.

Pat—But he was just an amazing performer. The thing I loved about The Cramps was their relationship with the audience. People just wanted to touch him and love him so much.

Emily—And they stuck to their sound. They stuck to that psycho rockabilly sound and it really worked for them their whole performing career.

Emily—What they wore is what they wore. They lived that life, they lived on the road. They toured endlessly. And he’s so sexy, right?

Pat—I really think that it’s authentic. It’s an overused word, but I think that’s what it is. When they were on the stage, it wasn’t an act. It was for real. 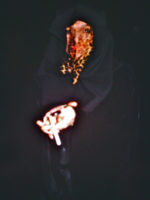 Emily—Also, Pat was familiar with the music. She knew when the guitar was gonna get a solo or when the singer was gonna start up again. She follows the action on the stage so flawlessly that you really feel like you’re there watching the show. A lot of the time, you see people shoot rock ‘n’ roll and the singer will be singing, and then the guitarist will start a little solo. The camera should be on that, not on the singer staring into space. I think our videos follow the music so perfectly—that’s part of the immersion. You’re up close, the sound is good, the lighting is good, and you’re watching it exactly the way your eye would watch it if you were there. Unless you had a big crush on the drummer, and you were just watching him the whole time. [Laughs]

Pat—I always say that I fall in love with the band that’s playing. I feel super connected to the performers. These musicians were different because they were giving it back to you. It was this exchange of energy, and that was pretty unique for the time.

Emily—Yeah, the only way you get any kind of intimacy with musicians in shows now is if they have a gigantic screen, when people do bigger shows in stadiums and stuff. You’re never gonna get close. You see them really big and close on the screen, but that’s just not the same. It’s like watching TV at a concert.

Pat—But also, the way everything is sort of knocked out before they go onstage, it’s this incredibly crafted act. You know, there was none of that.

Emily—There’s no way to beat that. You can’t replicate that with a giant video screen.

Read the all editions of the series here. 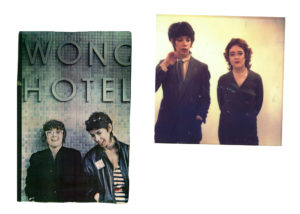 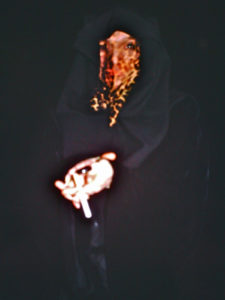 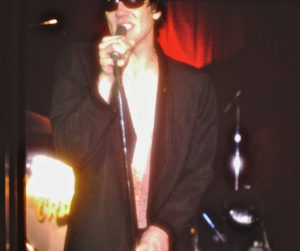