The designer paid tribute to the 100th anniversary of the Harlem Renaissance with a new collection presented at the Apollo Theater.

Ozwald Boateng entered the fashion world three decades ago with a fresh take on suiting, injecting a much-needed fresh breath of air into London’s staid and stuffy Savile Row when he opened his first shop there in the mid ‘90s. He would climb the ranks as one of the few black designers in fashion to become a force in the world of bespoke suiting. On May 5, Boateng brought his vision to Harlem’s storied Apollo Theater to pay tribute to the 100th Anniversary of the Harlem Renaissance. A century ago, an intellectual movement kicked off in Harlem, bringing together African-American writers, musicians, artists, designers, thinkers, and more, turning the upper Manhattan neighborhood into the epicenter of black culture. Zora Neale Hurston, Langston Hughes, and Duke Ellington were some of the biggest names to emerge from the Harlem Renaissance. The fashion reflected the mood of the era; dandyism was prevalent, and the look was flamboyant, yet elegant. Men wore zoot suits, berets or cloches often finished the look on women, who leaned towards drop-waist skirts and dresses.

Boateng selected the Apollo Theater as the venue, because “it symbolizes history,” he said. There was an air that echoed the Harlem Renaissance in the Apollo Theater on May 5, as Jamie Foxx, Idris Elba, Dapper Dan, and Chris Rock showed up to support Boateng. The night’s program was covered in the letters “AI”—which to most would mean “Artificial Intelligence,” but to Boateng, it meant a number of other things that flashed on the large screen as the fashion show started: “Authentic Identity,” “Artistic Intelligence,” and “Ancestral Identity.” For Boateng, the fashion show was a chance to connect his African roots to the African diaspora. The show began with a short film on Africanism, with a message to look back on your identity. The night also marked the debut of Boateng’s foray into womenswear, and the first model, an older, goddess-like woman, walked on stage in an all-white ethereal ensemble. Boateng’s immaculate tailoring then emerged in a rainbow of rich jewel tones—there was a navy and grey three-piece women’s suit that exuded power, a crimson suit with a black lapel accented with metal tips, and a ruby red men’s bomber, re-cut so it could highlight the ascot tie worn with it. Boateng gave nods to the Harlem Renaissance with loose trousers, and berets, and to Africa through vibrant African prints. Opera singer John Holiday ended the immersive experience with a performance. 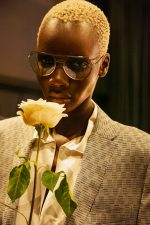 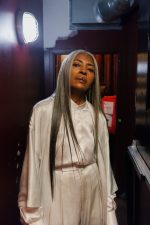 As the child of Ghanaian immigrants Boateng was confronted with racism regularly. “I grew up in London in the ‘70s, so I know exactly what racism is, but that gave me a fuel actually,” said Boateng after his show. Rather than succumb to it, Boateng opted to focus on his craft, which began with the sharp suits worn by his father. The young tailor was primarily self taught; he found a job sewing linings in suits at 14, started sewing suits on his mother’s sewing machine a few years later, which led to him selling his designs to fellow students, and eventually a few menswear shops in London. Suitmaker Tommy Nutter—who dressed The Beatles, Mick Jagger, and Elton John—and was the namesake of Nutters of Savile Row would become Boateng’s mentor.

Boateng was the first tailor to present during Paris Fashion Week in 1994, and that buzz would lead to him opening up shop on Savile Row the following year. His talent was noticed by LVMH, and the French luxury conglomerate broke color lines as it made Boateng the first black designer at the helm of a major French luxury label when it named Boateng the creative director of Givenchy Homme in 2003. “Givenchy was a bit of a party, because I didn’t have to worry about the business,” said Boateng. “I just have to come in to design clothes, which is heaven.”

The world’s boldest names took note; Jamie Foxx, Daniel Day Lewis, Elba, Richard Branson, David Bowie and Jagger have all worn garments designed by Boateng. The Queen of England anointed Boateng Officer of the Order of the British Empire (OBE) in 2006. “I think it’s more your tree to what you create, in your in your heart and your spirit,” he said. “I think it’s the most success you have. So that’s ultimately what it comes down to. The rest is noise.” 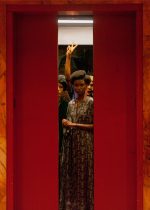 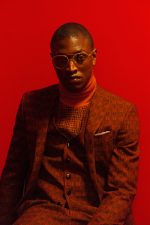 Boateng paved the way for black designers long before Olivier Rousteing took charge of Balmain in 2011 and Louis Vuitton named Virgil Abloh men’s artistic director in 2018. “That’s just great news, and I think there’s going to be a lot more,” he said. “That door is now open. And I think that whatever was the barrier before, and there was definitely was, we’re a place now where it’s no longer good business not to embrace different cultures and in particular, Black or African-American culture. We’re past that point. Social media has made it such that we can all be vocal from our bedroom.”

Boateng summed up the message of his latest collection, which was live streamed and had the option to see now buy now via Vero, at the Apollo Theater: “To be true, to be authentic, be authentic, and be authentic in what you create, be authentic in everything you do, and most importantly, make sure that what you’re creating is touching people, which was the plan on this whole experience,” he said. 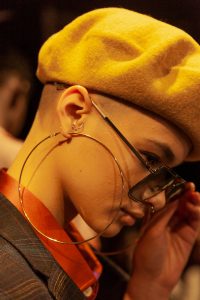 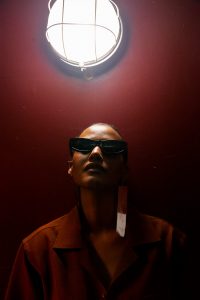 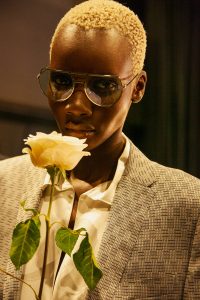 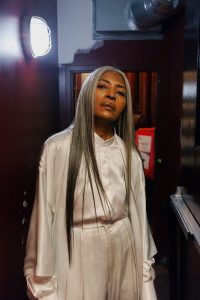 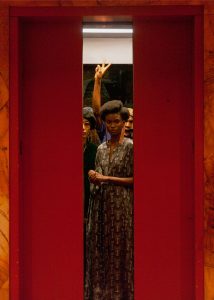 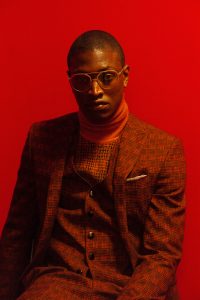 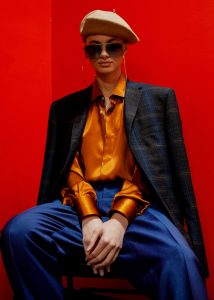 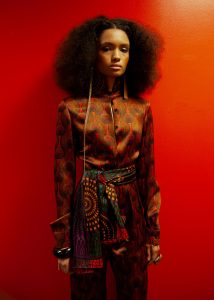 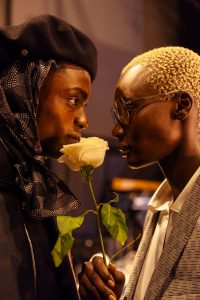