Alabama has a plethora of statues, sculpture, plinths, and monuments dedicated to its role in slavery. A statue of the only President of the Confederate States, Jefferson Davis stands stark outside the Alabama State Capitol, and Jefferson Davis Avenue runs across Montgomery, nicknamed the Cradle of Confederacy. As unsettling as they may be, they’re protected under the Alabama Memorial Preservation Act of 2017.

But only now will there be one that remembers one of the area’s darkest moments in our collective history. Open to the public on April 26, The National Memorial for Peace and Justice in Montgomery, Alabama, will pay tribute to the racial terror lynchings in the American South. As immortalized by Billie Holiday’s line “Southern trees bear strange fruit,” six million black men, women, and children fled the South as refugees and exiles as a result of these “racial terror lynchings.”

Spearheaded by The Equal Justice Initiative, the idea for the memorial came about in 2010 while researchers at the institute began unearthing the stories of thousands of African Americans who were lynched across twelve states where the horrific act most occurred, uncovering 800 more lynchings than had previously been identified.

Culminating in a paper entitled Lynching in America: Confronting the legacy of racial terror, the research expressed how these lynchings were terrorism and the decades of fear, humiliation, and barbarity they imposed on swaths of the population. 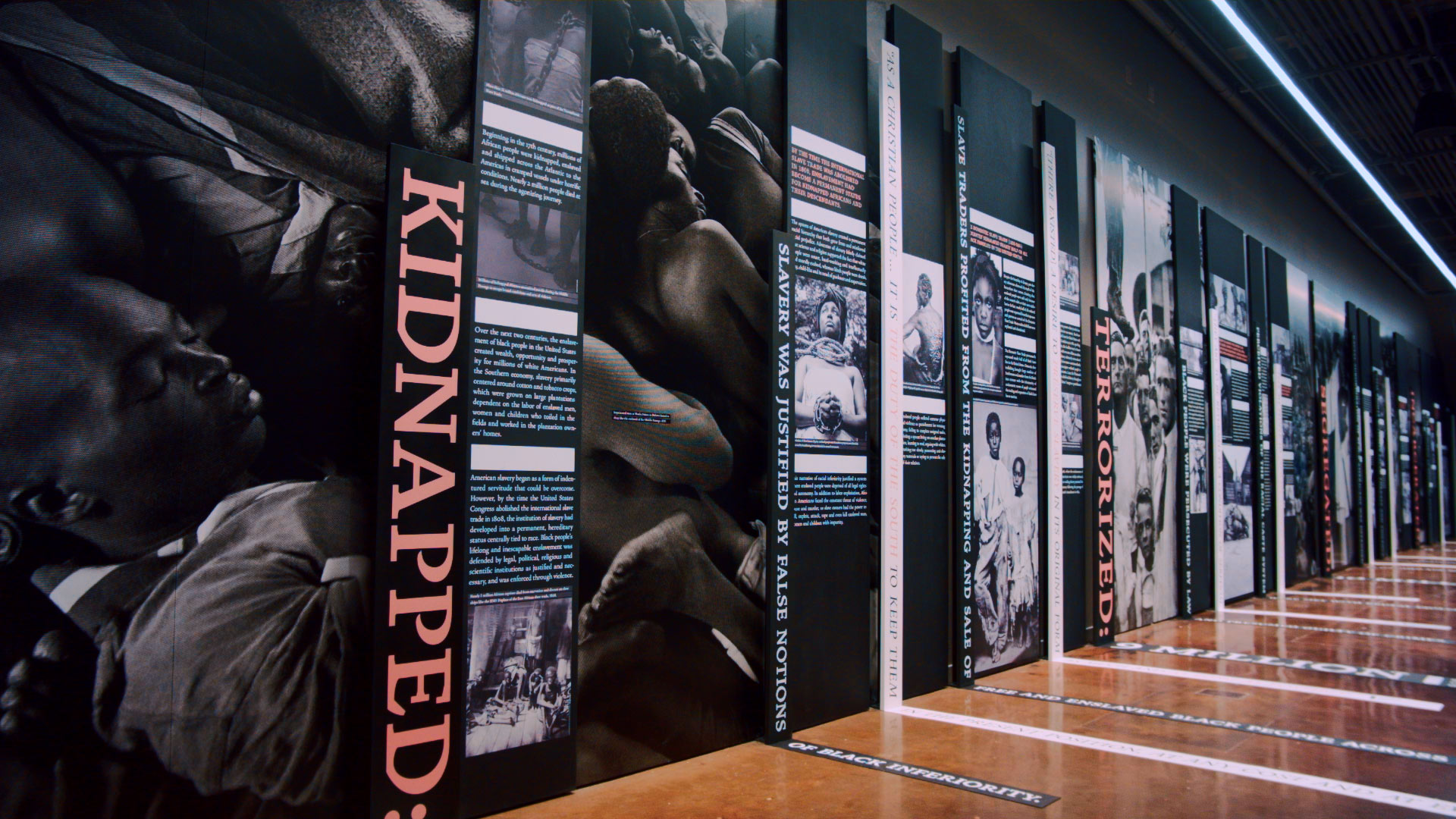 The monument, created with assistance from the Mass Design Group, and partnerships with artists like Kwame Akoto-Bamfo and Dana King, is located at 17 Carolina Street. Made up of 800 corten steel monuments, designed to oxidize with the weather and create a rusted effect known to run off and bleed onto nearby surfaces, each block bears the names of people who were killed. Set across a six-acre site, it ends on “contemporary issues of police violence and racially biased criminal justice.”

On Sunday, Oprah Winfrey gave 60 Minutes a preview of the monument, with criminal defense attorney Bryan Stevenson, founder of the equal justice initiative. “It’s a shocking and disturbing reality that lynches were not isolated murders committed only by men in white hoods in the middle of the night,” says Orpah in her opening monologue. “Often they were public crimes; witnessed and even celebrated by thousands of people.”

The Concert for Peace and Justice will mark the memorial’s opening with Rep. John Lewis of Georgia and former Vice President Al Gore expected to attend. The Roots, Alabama Shakes, and Common are also billed to play the event.