Doing some casual eavesdropping at the 24th edition of New York City's most collectable art fair.

While the West coast might have award season to mark the final stretch of Winter, New York notes this time of year with a glut of small-batch glitz—fashion week, Spring galas, and blue-chip art fairs, the last of which, The Armory Show, just wrapped up this weekend. The 24-year-old exhibition stretches across Piers 92 and 94 on New York’s Hudson River, attracting hundreds of galleries and thousands of gallery-goers. And even though it’s considered more Grande Dame than Scope and NADA, two of the many satellite fairs that have sprung up in competition, The Armory appears to have fully embraced the market’s latest driving force: social media. Moving along the many well-lit booths, we caught bits of conversation that included more hash-tagging than name-dropping. It was a subtext continually articulated as we made our way further into the fair, frequently finding ourselves surrounded either by works featuring empty mirrored surfaces, or people taking selfies in front of those works.

Art doesn’t have to do much more than hang there when it so literally frames and then echoes its audience, and as such, there was a lazy, funhouse quality to this year’s fair. Attendees patiently awaited their turns to cast themselves as the missing element in these mirrored works, leaving ample opportunity for Document to gather overheard impressions (seen in the slideshow to your left) by the amateur photographers and influencers at work amidst this sea of contemporary art. (“A leading destination for the world’s most important 20th- and 21st-century art” according to The Armory Show’s website.) Conversations were less conceptual and more photo-compositional, as if a flock of Buzzfeed interns were set loose on the floors. “You don’t need your flash in here,” said one art-goer. “Don’t get too close,” warned another in mid-pose in front of Talia Chetrit’s Self-portrait. “But get close enough to get me in it.”

The equation was clear: what began with hundreds of self-reflections, pictures of one’s own likeness posted for likes (now with art!), translated into thousands of impressions on other peoples’ feeds, all of which played a hand in the fair’s popularity. By all accounts, the turnout this year was much greater than last, and contemporary art will continue to build its fan base wherever it can, even if those fans might be there for the sole purpose of collecting content. We don’t know how much of the work sold over the course of the fair or if the show’s success is overly defined by art-world curiosity, but we nodded in silent agreement outside of Gallery Hyundai stall while jotting down one confession: “The art fairs are getting more and more confusing.” The only thing we do know, really, is that it all looked great on our phones. 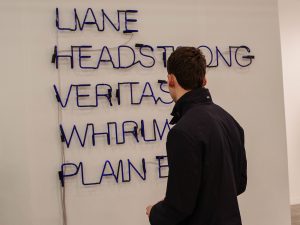 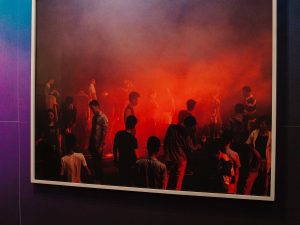 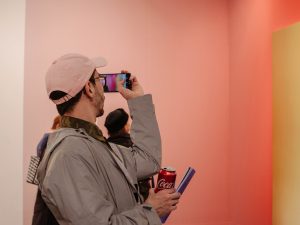 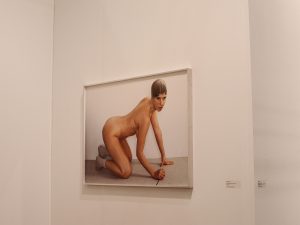 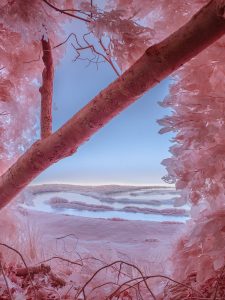 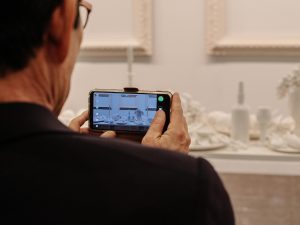 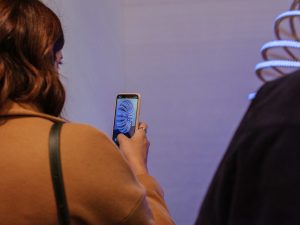 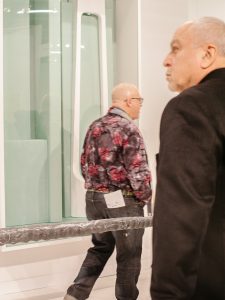 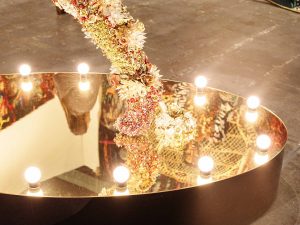 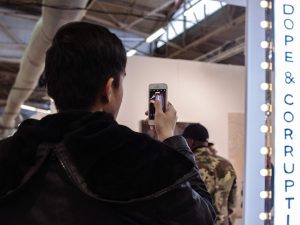 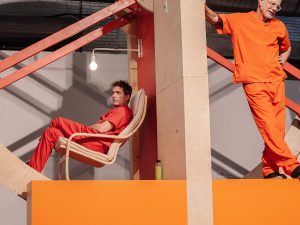