The UN has urged Iran to respect environmental activists after the head of the Persian Wildlife Heritage Foundation died in custody last week. A group of internationally educated environmentalists were recording the whereabouts of the highly endangered Asiatic cheetah when they were arrested under suspicions of spying. And just one week ago, the former chief of staff to and aide to supreme leader Ayatollah Ali Khamenei accused the west of using lizards that can “attract atomic waves” to detect if the country has an active nuclear program. In an interview with local media, the former chief of staff to Iran’s armed forces, Hassan Firouzabadi, went on to say that western intelligence agencies had a track record of using science, conservation, and tourism as a cover for espionage.

“In their possessions were a variety of reptile desert species like lizards, chameleons. We found out that their skin attracts atomic waves and that they were nuclear spies who wanted to find out where inside the Islamic Republic of Iran we have uranium mines and where we are engaged in atomic activities.”

When we’re forced to describe the world in a foreign language, our mental imagery is dull and flat.

We know linguistics can change out thought structure, but now researchers think it can actually change how we make decisions. Academics at the University of Chicago, say we make more rational decisions when we’re talking or planning in a foreign language. In the journal Cognition, academics detail a study involving 800 German speakers who were asked to paint a mental picture in English, their non-native language, and discovered it was nearly impossible for the speakers to engage the same depth of emotions as with their mother tongue. The test has also been run in various other languages, suggesting that it’s not about the structure of the language that’s important, but the unfamiliarity.

“Mental imagery plays a significant role in guiding how we feel, think, and even behave. These mental simulations are often guided by language, making it important to understand what aspects of language contribute to imagery vividness and consequently to the way we think. Here, we focus on the native-ness of language and present evidence that using a foreign language leads to less vivid mental imagery than using a native tongue.”

Researchers are examing the probabilities of a computer’s artistic touch.

When New Jersey’s Rutgers University tested their new art-making algorithm Creative Adversarial Network last year, it turned out to be so accurate at understanding human tastes, that no one could tell if it was art made by humans or machines. In this piece by the Science engineer Dr. Marcus Volzfor for Melbourne University, examines the probabilities of a computer’s creativity, to ask if they’re already visually better at art then we are, does it matter that the stone cold hardware lacks a human touch?

“Artistic creation, defined as the production or expression of what is beautiful, appealing or provocative, appears to be well within the capability of machines. Some definitions of art explicitly characterize it as an expression of human skill and creativity, while others place more emphasis on the output as a catalyst for human reflection and contemplation, without saying anything about how it was produced.”

The internet on a key ring could change disaster situations

We have this idea that survival means connecting with basic elements and engaging with our natural intuition, but one company suggests that an internet connection just might be the most useful tool in a disaster situations. Project lantern is a portable internet connection that can withstand the most devastating of hurricanes, floods, or anything else that might take down cellphone lines and other forms of communicating. In an interview on Mozilla’s Medium page, the creators explain why it’s vital to keep citizens and first-responders online during an emergency.

“We’re more interested in bottom-up software. We want active participation from citizens. This way, communities can respond to emerging needs. And Lanterns can take on different forms in different cities.” 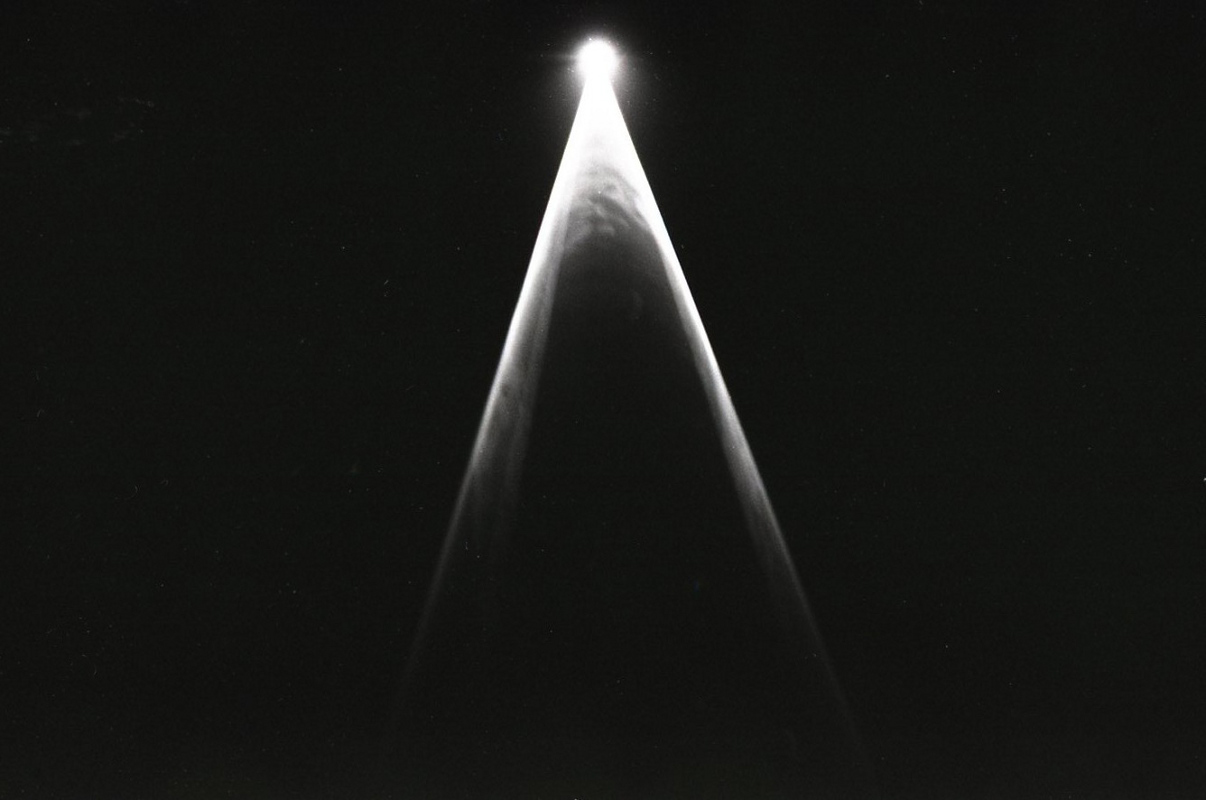 Why Anthony McCall is dedicated to creating artwork out of nothing.

The British-born, New York-based artist Anthony McCall is best known for his conical disappearing light installations. Relying on dust and other particles in the air to illuminate his pieces, without the right environment they’re literally nothing. In an interview for The Spectator, he talks to Laura Gascoigne about why he found it so hard for galleries to take his work seriously in the 1970s, and why this never dampened his committed to making ethereal artwork.

“It was in New York in the early 1970s that McCall came up with the idea of ‘solid light works’, animated projections of simple abstract shapes in which the beams of projected light assumed a physical presence. Not being taken seriously by commercial galleries—‘It did occur to me that I hadn’t made a terribly wise career decision’—McCall’s solid light works were initially shown in the sorts of dusty, smoky downtown lofts where devotees of ‘expanded cinema’ gathered.”

Putting the bite back into book reviews.

Have book reviews become tepid, complacent, and uniform praising of literature? In a new piece for The Baffler, the Pakistani-American journalist Rafia Zakaria seems to think so. She’s convinced that contemporary book reviews are nothing more than glorified copywriting, designed to help sell copies and please publishers. In this piece, she examines why negative reviews are an importance compass to budding readers and why a writer should have the space to tear something apart.

“It’s a sad demotion of the book reviewer. Books are compendiums of ideas and experiences, a comment on the world in which they exist, a template as to how a different one, for better or worse, may be imagined. Why set up strict boundaries to criticism, such that nothing short of a thoroughly purified, bleached, and ironed, scolded and warned individual dares take up the task? Why require your reviewers to offer only vapid and overblown praise of whatever they find between the pages?”