An exhibition at Nature Morte in New Dehli showcases the artwork generated not by human hand, but by artificial intelligence.

Artificial Intelligence could replace up to 30 percent of the workforce in the United States by 2030, read a study that was released in late 2017 by global consultancy firm McKinsey. While it is easy to see how AI could replace cashier positions, factory work and data entry, could it replace creativity? Gradient Descent, an exhibition in New Dehli, India at Nature Morte gallery, which is up through September 15, seeks to explore the implications and possibilities of this question.

Raghava KK and Karthik Kalyanaramank, the two brothers behind the curatorial collective 64/1, which curated the exhibition, sought out to look at the relationship that is starting to bloom between artificial intelligence and contemporary art. Gradient Descent brings together seven artists from around the globe: Harshit Agrawal, Memo Akten, Jake Elwes, Mario Klingemann, Anna Ridler, Nao Tokui, and Tom White, who have worked with a number of institutions such as IIT, MIT, Oxford, Harvard, Chicago Art Institute, MIT Media Lab, University College London, Royal College of Art, University of Arts London and the University of Tokyo. Together, they explore the debate of ownership when producing AI-generated works.

The artists inform an algorithm which creates work based on the visual languages to which it has been exposed, teaching the machine to replicate and create art which looks like it was made with a human hand. The results vary, from images that look like they have been distorted through a computer program—like with the faces in Klingemann’s series, or Atkins’s images of flora—to computer-generated abstraction, like those in Tom White’s abstract interpretation of a fan. They bring up the ethical questions that arise: How can we reimagine creativity using artificial intelligence? Will there be a market for AI-generated art? Is it fair to credit AI as an artist, when it is the programmer themselves, who program the algorithm? 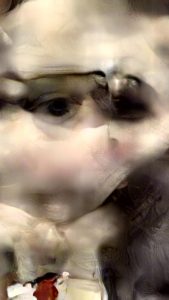 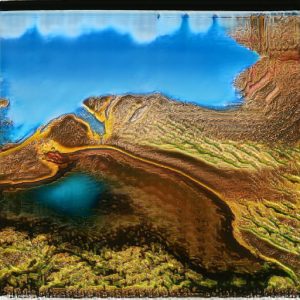 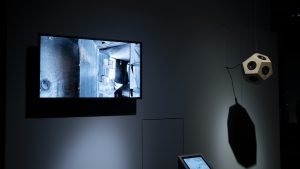 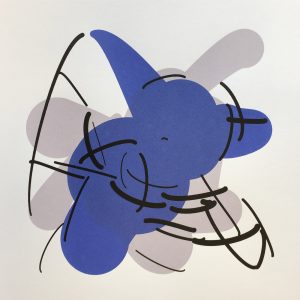 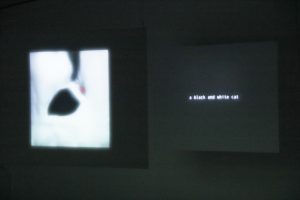