Childs—the new eponymous menswear line by Robert Childs—is approaching classic menswear with a modern eye. The Florida native studied design at FIT, and following graduation worked at Thom Browne and the now-sadly-defunct Adam Kimmel, two New York-based menswear brands. Robert’s aim is to elevate iconic menswear pieces for the contemporary man—or woman—looking to perfect construction and fabrics, yet preserving what we love about clothing. At the designer’s New York Chinatown studio, Document asks why Robert started Childs and what is masculinity.

Blake Abbie—Why did you decide to start Childs?

Robert Childs—Items I wanted didn’t exist where I was shopping: pieces from eras when it was cool to dress very masculine, but brought to today through fabrics, fits, cuts. A modernized guy’s wardrobe, but still approachable and functional. I wasn’t finding that anywhere. It was lacking. A lot now is trend-driven. There are a lot of brands trying to be the new Hood By Air, trying for every extreme. When you look at the fashion weeks, everyone is trying to outdo each other. But few are taking a subtler approach. We’re the sleepers. We want to be the quiet cool guy.

Blake—Is that who the Childs man is?

Robert—Quiet, cool, calm, and collected? [Laughs]. Maybe! It’s more about what’s going to be great to wear all the time. I love learning from the pattern makers and sewers about how things can or should be made. It’s about getting rid of the bells and whistles, like adding seams cause a t-shirt looks too “basic.” Every guy wants to wear a beautiful shirt that doesn’t have darts on the back and different colored collars underneath, something that’s not over designed to look under designed.

Blake—You previously worked at Adam Kimmel and Thom Browne. As Childs develops, there are certain parallels with how you think about the Childs ‘man’ you’re trying to create and the ‘man’ created by Thom and Adam.

Robert—When I was at college before working for Thom or Adam, I won a young menswear association scholarship. A magazine did an interview which my mom sent to me recently in which I said, “I want to have a brand that doesn’t look to outside places for influence. It’s insular.” For Thom, that’s his thing: “I hate looking to other things.,” he says. It’s fun to be able to think of new things, taking my knowledge of what classic mens clothing is and trying to recreate that without looking at it. I still do that.

Blake—How do you approach design?

Robert—I like to start with a piece: “I want to make the coolest jacket we can make that’s not out there already but one that’s wearable, approachable, and for more than one type of guy.” Then finding or developing cool fabrics, getting rid of seams that don’t need to be there—which is kind of how this first season came about. Things have been made in the same way for such a long time, and I’m not trying to be futuristic in the way things are made, but there’s definitely a modern touch to the clothing that helps in how it moves and fits. There are properties with the fabrics that are technical, but it’s used to enhance the clothes, not change their look. It’s not pushing it too far, as it still has the feeling of classic clothing.

Blake—You worked with the artist Julie Houts on your debut collection for Fall/Winter 2016. How does working and collaborating with artists influence your process?

Robert—I want to make great clothes and collaborate with great people who help elevate those clothes to where I think they should be. A lot of people collaborate with artists, but in future seasons, it may not be limited to artists; it could be an architect, a furniture designer, or another fashion designer even. It’s about making sure that these—I use this term loosely—partnerships are brought in a subtle way. The clothes still have to be wearable, beautiful, and masculine.

Certain pieces are iconic for a reason—I don’t want to fuck with them too much.

Blake— You say ‘masculine.’ What does that mean for you?

Robert—Masculinity is a feeling. Never too tight. strong fabrications, tough, rugged. Even when a girl wears guys clothes, if the cuts and fabrics are masculine then that even has a sexiness to it. We want collection to appeal to people who aren’t in fashion. The clothes should be comfortable; you should feel like you’re not trying to make a statement.

Blake—You have a sense of modernity to what classic is.

Robert— I like to think about the life of a piece. Maybe there’s not that thought that goes into a lot of the brands who design ‘basic classics:’ “Let’s buy a vintage piece, and copy that as our basic denim jacket.” I say, “What is a denim jacket to me, and what do I want it to be?” Levi’s owns the denim jacket and jeans, but I don’t go and buy a Levi’s jacket and rip it off. That’s so boring to me. Inspired by that, I want create something totally new, and be like, “That still feels familiar. That’s something that could have been around 50 years ago but still be around today.” That’s what all the pieces are in the line. I want the Childs guy who buys Levi’s to see the connection and parallel. I’m not trying to reinvent the wheel that is menswear. I love clothing and when something is made really well it lasts you forever. Certain pieces are iconic for a reason—I don’t want to fuck with them too much. 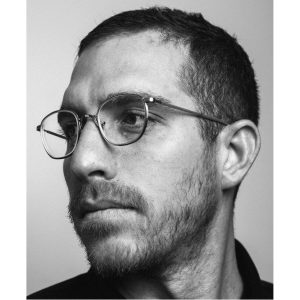 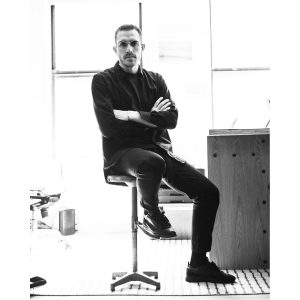