Escaping the city life is a powerful lure for artists seeking reinvigoration. Many residencies offer scenic environs in which to ensconce oneself and make art—which isn’t to say there aren’t a fair number offering such opportunities within city limits (though sans the picturesque flora). What follows are descriptions of three of the New York City-region’s younger organizations, which have set up in such historic and beautiful places as the Storm King Art Center in upstate New York, and Fire Island’s Cherry Grove neighborhood, as well as one much older program located now for coming on a half a century in Harlem. Document visits these three venerable residencies offering artistic respite.

Shandaken Project
The subject this past December of a three-year retrospective in the East Village, the Shandaken Project’s several recent manifestations have all occurred some 125 miles from New York City on a 250-acre estate in the Catskill Mountains in the residency’s namesake town. This summer, however, marks the beginning of a two-year-long partnership with Storm King Art Center, the venerable di Suvero-studded sculpture park an hour north of the city. Residents will now live in a shared communal house on the park’s grounds, each provided with their own private studio.

Founded by director Nicholas Weist in 2011, the Shandaken Project will retain its core mission in the new location, offering a program that eschews results-oriented stays, and is instead concerned primarily with allowing cultural producers—artists, writers, dancers, curators, scholars, and musicians—time to focus on process and experimentation. Residents, in groups of three at a time, stay for two to six weeks, cost-free, and have included such diverse talents as artists Math Bass and David Horvitz, writer Brian Droitcour, and musician Bruno Coviello. The project also presents public programming throughout the Hudson Valley region and in New York City, including screenings, performances, and “Pillow Talks,” or intimate discussions with former residents around their work.

Residencies are often awarded to those seeking to try out new disciplines (a sculptor who wants to make songs, for example), allowing for fruitful departure from what often seem like increasingly professional- ized and creatively delineated ways of making work. Accordingly, such an artist-friendly approach means the residency sustains itself by relying on a giving model more akin to that of a public radio station or community supported agriculture than that of a large-scale, donation-driven arts organization.

Fire Island Artist Residency
Like the Shandaken Project, the Long Island-based Fire Island Artist Residency (FIAR) is a young entity, entering its fifth summer since its inception. Founded by artist Christ Bogia and Evan Garza, assistant curator of modern and contemporary art at the University of Texas, Austin’s Blanton Museum of Art, FIAR began in 2011 as the first residency in the United States devoted exclusively to lesbian, gay, bisexual, transgendered, and queer artists. FIAR is located in the Cherry Grove section of Fire Island, historically known of course as a LBGTQ summering spot, and frequented over the years by such queer arts luminaries as Robert Mapplethorpe and W.H. Auden. The residency provides five emerging artists with free live/work spaces over four weeks in the summer, selected by a changing jury. FIAR’s first year saw AA Bronson, artist and founder of queer art group General Idea, and Bill Arning, director of the Contemporary Art Museum, Houston, select Travis Boyer, Ryan Brewer, Elijah Burgher, A.K. Burns, and Katherine Hubbard as residents. Since then, others chosen for the program have included art- ists Ginger Brooks Takahashi, Paul Mpagi Sepuya, and Gordon Hall. Throughout the residency, FIAR brings visiting artists, curators, and other art world professionals to Fire Island to spend time with the residents, as well as give public talks and lectures for the surrounding community. The latter is made possible by a partnership with the Arts Project of Cherry Grove, an organization established in 1948 that operates Cherry Grove Community House and Theater, the oldest continuously operating gay and lesbian theater in the country (added to the National Register of Historic Places in 2013).

Studio Museum in Harlem Artist-in-Residence
Studio Museum in Harlem’s name alludes to the museum’s keystone residency program, one of the institution’s first initiatives when it was founded in 1968 with the objective of promoting work influenced by black culture and supporting artists of African descent. More than 100 emerging artists of African and Latino heritage have participated in the program since the museum’s inception. Many of those artists have become some of the most important practitioners in contemporary art today, including such luminaries as David Hammons, Mickalene Thomas, Wangechi Mutu, and Kehinde Wiley. The Artist-in-Residence program is both incredibly generous and intensively demanding, offering free studio space with 24-hour access and a stipend over 11 months, while expecting that artists work in the studio for a minimum of 20 hours a week and participate in open studios and exhibitions. Each year, the program culminates in a show of the residents’ work in the museum’s galleries.

Recent graduates of the museum’s program have already seen much success. Of particular note are 2013-2014 resident Kevin Beasley, who had work featured in the 2014 Whitney Biennial and is a member of artist collective ALLGOLD, this year’s recipient of the inaugural residency at The Print Shop at MoMA PS1; as well as 2012-2013 resident Steffani Jemison, who will present the ambitious Promise Machine this summer. Commissioned by the Museum of Modern Art in conjunction with an exhibition marking the centennial of the Great Migration called One Way Ticket: Jacob Lawrence’s Migration Series and Other Works, Promise Machine will consist of a reading group bringing together Harlem-based community organizations and artists and writers to discuss notions of utopia in black art and literature, followed by a public musical performance at the museum featuring a libretto written by Jemison. 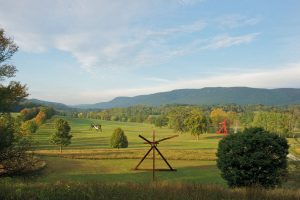 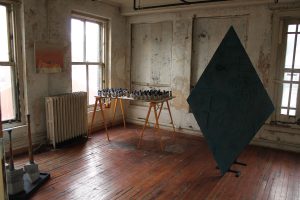 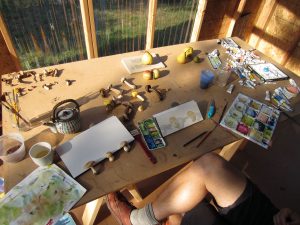 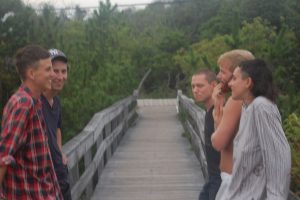 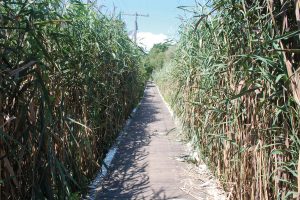 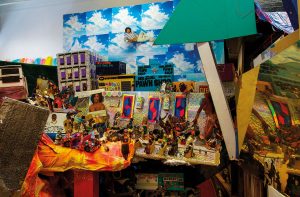 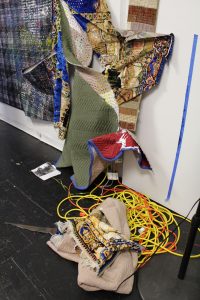