The artist realizes performative figures within unrealized buildings, created with Google SketchUp and rendered by hand. She shares these works in Document's Fall/Winter 2014 issue.

New York artist Avery Singer paints everyday scenes of what she calls “figures and still lifes occupying the realm of unrealized buildings.” Composing her images in Google SketchUp, a 3D rendering software that the artist began using while an undergraduate student at Cooper Union, Singer transfers them onto canvas with a projector, an airbrush, and lots of tape. The resulting painstakingly-produced grayscale paintings simultaneously recall the styles of the early 20th-century avant-garde and the simplified geometry of nascent computer graphics. She cites Albert Oehlen’s “Computer Paintings” from the early nineties as an important touchstone. Yet, while Oehlen used his laptop to create pixelated all-over abstractions, Singer remains wedded to both the figural and the historical. 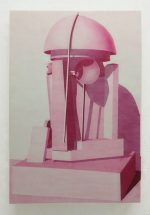 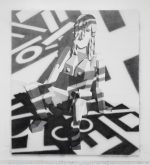 Her pictures often humorously portray the lives and inner selves of artists, combining past and present clichés and ideals of bohemia and professionalized practices, as in her recent series “The Artists.” “Happening (2014),” for example, depicts a group of wooden-like figures earnestly performing basic creative acts: painting at an easel, sculpting on a stool, and playing a recorder. Other works show banal performance art, awkward studio visits, and late night drinking sessions that manage to evoke 19th century genre and history paintings. Singer, even at the young age of 27, intimately knows a thing or two about the subject: she grew up in a family of artists in the once bohemian enclave of TriBeCa and her father worked at The Museum of Modern Art for over 40 years. With an upcoming solo exhibition this winter at the renowned Kunsthalle Zürich in Switzerland and several U.S. museum projects slated for 2015, Singer will have more than enough inspiration for years to come.

Singer’s first solo exhibition in an art institution opened Friday, November 21, 2014, at the Kunsthalle Zürich and ran through January 25, 2015. 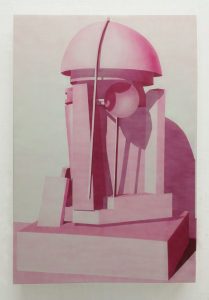 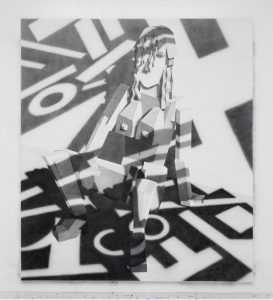