Staged below fluorescent overhead lights, Recycling Beauty—the third installment of a years-long curatorial project by Salvatore Settis, Anna Anguissola, and Denise La Monica at Fondazione Prada—resembles an office of antiquities at work. The exhibition presents over 60 Greek and Roman objects, curated around the idea of reuse. Inside the Podium, one of two museum buildings where the show is staged, busts and reliefs from the ancient world are placed on desks with chairs in front of them, partitioned like a cubicle, while large vases and statues sit on low platforms.

In the Cisterna, which houses the second half of the exhibition, a small balcony invites an unusual opportunity to closely examine a one-to-one reproduction of the Byzantine Colossus of Constantine. Designed by architect Rem Koolhaas, to create space where “intellectual argument can unfold,” this installation marries the legacy of ancient Greece and Rome with a clear invitation to look beyond that legacy, to see something new in objects from the past. 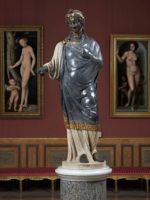 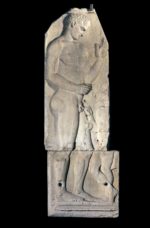 Recycling Beauty follows a series of shows by Settis, building upon Serial Classic and Portable Classic, which ran in Milan and Venice respectively in 2015. It carries forward their key themes: imitation and reproduction. Each of its artworks was, at some point in history, transformed or altered to serve a new purpose: a funerary relief from first-century CE Rome, for instance, was altered in the 15th century to frame the ideals of Honor, Amor, and Veritas. Meant to inscribe a moral code not present in the object’s conception, this piece’s revision serves as one example of the “multiple chronologies and meanings” that Settis seeks out—“the original ones and those accumulated over time.” Other artifacts evaded purposeful modification over time, like the Farnese Cup from the first or second century BCE; while not physically transformed, the hardstone cameo was reused by a variety of courts throughout history, traveling between Egypt, Rome, Byzantium, and Persia.

The simple presence of each object in Recycling Beauty is a testament to the ubiquity of reuse—we see only a moment in the lifetimes of these artworks that existed long before us, and will continue to long after. 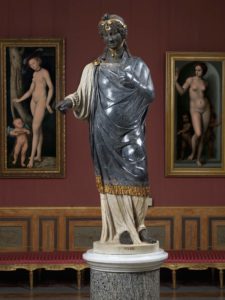 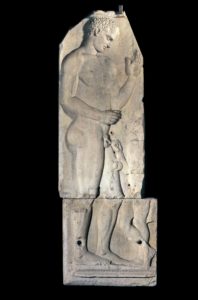