Ahead of his Fall/Winter 2023 presentation, the designer filled Document in on his influences—from Charlie Chaplin, to boys’ tuxedos, to ’50s Polish outerwear

Over the last few seasons of Paris Men’s Fashion Week, Hed Mayner has steadily built a reputation as a wizard of proportions. The Israel-born designer was the recipient of the Karl Lagerfeld LVMH Prize in 2019, which was followed by his first on-calendar fashion show in 2020. Since, he has been crafting a vision for his brand that is simultaneously deliberate and radical in its interpretations of tailoring. Mayner is best-known for his oversized suits and dexterity with volume. His manipulation of scale renders cocoon-like garments and stylized armours, seamlessly merging with the body of the wearer instead of swallowing it.

Mayner’s Fall/Winter 2023 show in Paris expanded upon this narrative, with a collection whose starting point was a cross between a child’s tuxedo and the wardrobe of British comic actor Charlie Chaplin. 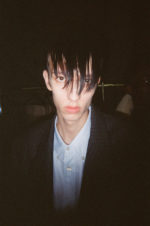 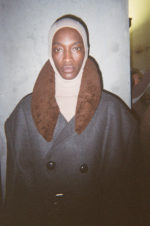 It was a line-up of grand silhouettes, big but never baggy, constructed into shapes that ebbed and flowed in all the right places. Many of the models wore stockings over their faces—the designer’s way of creating a second layer of skin—making the clothes appear even more like objects that float over the body. A double-breasted coat is cropped and paired with a matching skirt; a voluminous jacket is pressed and crinkled to narrow the shoulders; high turtlenecks brush the jawline in a dramatic fashion; and cargo pants are blown up to twice their typical size. The impression was that the pieces could never be too big or too small, but that they would grow with you—whose silhouettes would continue to evolve with the body throughout the years.

Mayner explored the creation of garments that were too tight, while also slack—a set of suits that hugged and contorted the body like a boy’s suit on a teenager’s frame. “There is a system of working here at Hed, where we like to expand on the idea of being in clothes that you borrowed or took from somewhere [else],” the designer explained. “We bring in many different garments and we fit them and we play with the proportions.”

He debuted a collaboration with Reebok—a co-branded Classic Leather sneaker, washed and pressed for a flatter toeline. “A few sports brands have been interested in [working with us in] the past, but they have always been worried about tailoring, and it being too formal. However, our jackets and suits are never meant to be restrictive, or to be squeezed into. They are meant to move and travel with you, like a shell or a second home.” 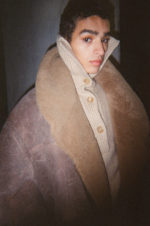 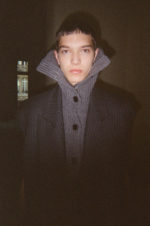 Though still a young brand, Mayner has come a long way since his first presentation in Paris, and his vision only seems to be getting sharper. When asked how the brand has evolved, he observes that his collections today are simply more mature versions of his first few: “This latest one is a reference to the very first collection, with its use of leather, the trench coat, the bomber jacket. We still keep our core values at heart.”

Mayner cites his culture and his community as his biggest influences. Being from Israel, studying in Jerusalem, working in Paris, and living between Tel Aviv and Italy, his collections are a composite of multiple perspectives. “When I travel and work with different factories and suppliers, I see a lot of cultural differences, and they all are able to bring something different to the collection. I like to explore with my research, too. I’ll work with a Polish coat from the ’50s, or an orthodox garment, or some other uniform that we’ll reinterpret.”

Mayner’s philosophy on clothing as a home proposed an alternate route through which we can digest menswear—and more specifically, the classic suit. His refusal to depend upon traditional resources, like mood boards and digital archives, in favor of drawing from actual experiences, offers an abstract yet human perspective of design. 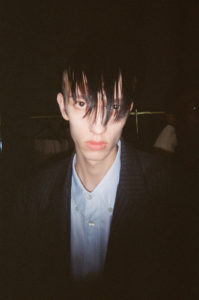 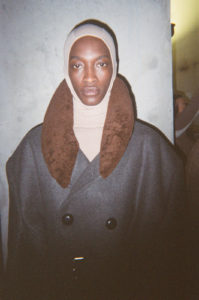 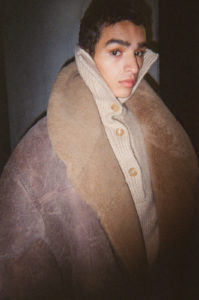 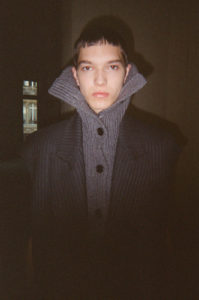