The Williamsburg-based designer sat down with Document ahead of his NYFW presentation, to break down the nostalgia-driven details centered in his work

“You are a young Raul Lopez, sitting cross-legged on the sofa in your family’s Brooklyn living room waiting for everyone to arrive at the family reunion,” read Luar’s collection notes for Spring/Summer 2023. “Your mom has insisted you button your starchy shirt all the way up and right about now, you understand why. Aunty SO AND SO just arrived, stomping the snow off her boots. She goes to unzip her black puffer jacket next. The thick layers of nylon and down give way to a silky floor length dress with crystal detailing, romantic frills at the hem and a deep v-cut.”

Lopez is a storyteller at heart, of the sartorial variety. “The garments are just different pages in my diary,” he tells Document. Since its founding in 2017, his label Luar has maintained an element of the distinctly personal; the clothing centers Lopez’s Williamsburg upbringing, his ties to Dominican culture, his family, his religion, queer identity. From its inception to this day, his body of work has stayed a testament to a highly-specific yet familiar coming-of-age—that of a gay kid of color, finding his way to artistic expression by way of pop culture, mothers and grandmothers and aunts, church style, street style, fashion magazines on the coffee table, and on and on. 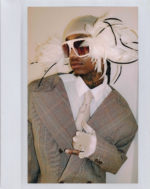 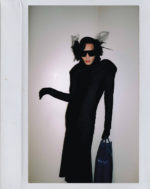 Luar has secured its grip on New York, and it’s on its way to becoming an international household name. Its Ana Bag has been likened to the Telfar tote, in terms of cultural relevance amongst young, design-savvy crowds; stockists like SSENSE, Nordstrom, Moda Operandi have taken note, rushing to provide their clienteles with the most sought-after pieces; and just this Sunday, the label delivered a showstopper of a New York Fashion Week presentation, described as a “wearable reflection of [Lopez’s] community.” Ahead of this event, Lopez met with Document to break down his conceptions of luxury, legacy, nostalgia, and narrative.

Morgan Becker: Tell me about this collection’s title, La Alta Gama. What does that phrase mean to you, personally and aesthetically?

Raul Lopez: Alta gama is a term that derives from a popular dembow song in the Dominican Republic. I remember sitting in front of my grandmother’s home with a car playing very loud, obnoxious music, disturbing the peace. [It was] actually giving me everything I needed in that moment. The lyrics—“Alta gama, nuevo rico / Traigan champaña, mucho marisco”—were blasting out of this 1993 navy-and-cream-door Honda Civic. The speakers were probably more expensive than the car. It’s expressing that he has some money now. It’s that mental state of new luxury in his head. It transported my mind to this nostalgia of when Dominicans migrated to America, and how they were expressing themselves in these new habits. This urban dystopian paradise of crack, graffiti, and prostitution—contaminating the streets of New York and Williamsburg, formerly known as Los Sures.

Morgan: How does nostalgia inform your work, this season and throughout?

Raul: Luar is a personal diary that has been documented via my mind. I love to tap into different chapters in my life and bring them to fruition. I’m a storyteller. What better way to express it than through my collection? The garments are just different pages in my diary. 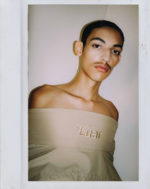 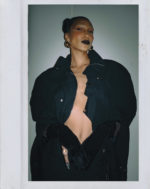 “It’s expressing that he has some money now. It’s that mental state of new luxury in his head.”

Morgan: You grew up in Williamsburg, and you’re still based there. As the neighborhood has changed, has its significance evolved for you or for Luar?

Raul: No. I’m still the same person on the inside. Luar is a reflection of myself; the neighborhood does the same thing. They’re just living in my neighborhood. They’re welcome—they made it to a chapter in my book.

Morgan: What is luxury to you?

Raul: Luxury is just making it work. It’s not about how expensive your pieces are. It’s more about how you carry yourself and how you present yourself to the world—if you feel fab and if you command attention when you enter a space. I want to be the voice of the new generation, opening doors for people. There’s enough space for all of us.

Morgan: Where does this collection materially diverge from past seasons? Are you experimenting with new techniques?

Raul: Draping, using chiffons and silks, beading, and ornamentation are new to the Luar DNA—but very close to home, [as I was] raised around so many Latina women. 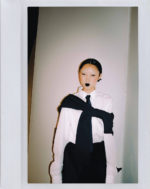 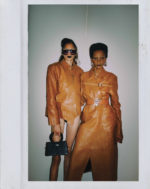 Morgan: What would you say are its defining characteristics?

Raul: The boulder shoulders were a form of expression this season. It wasn’t just to reference the ’80s or ’90s—it was expressing me having the world on my shoulders, due to my gay secret life. Building these shoulders, in a way, tucked my head under—to make it seem smaller, kind of like a turtle effect.

Morgan: Where do you find your visual references?

Raul: I find inspiration right out on the street, in front of my grandma’s house in Williamsburg.

Morgan: What are you most anticipating this Fashion Week?

Raul: Going to a spa and soaking in a hot tub.

Morgan: What’s the best thing to do in New York these days?

Raul: Have dinner and go to bed! 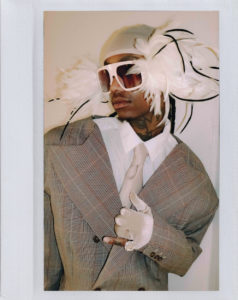 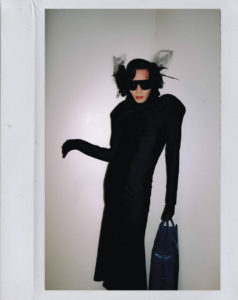 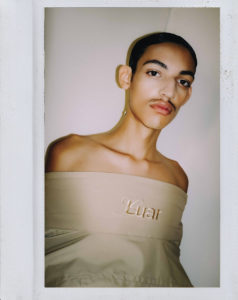 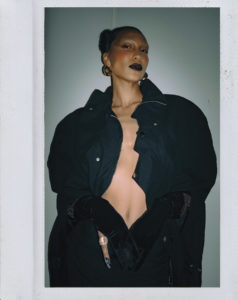 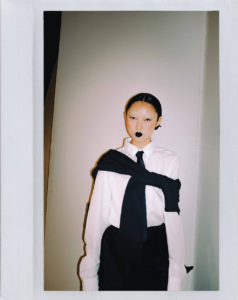 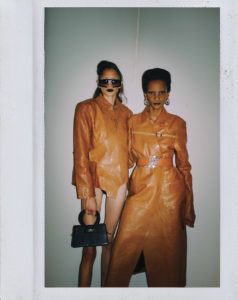 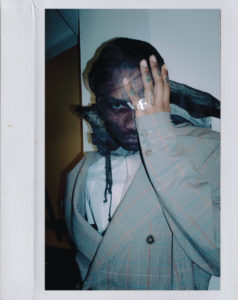 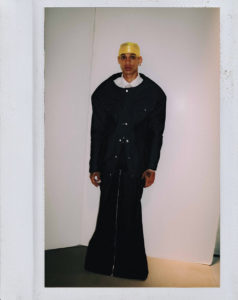 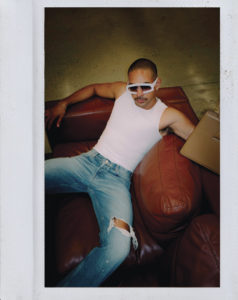 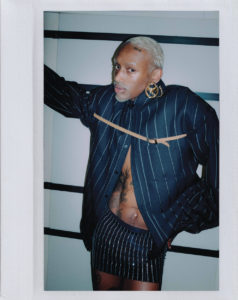 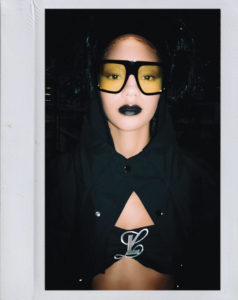 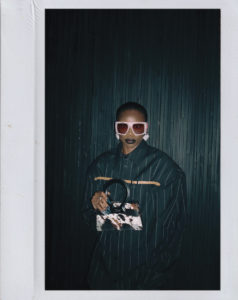 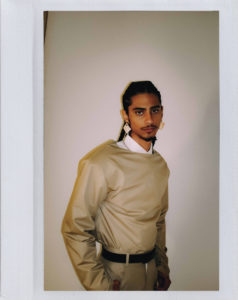 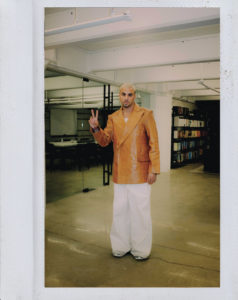