Often called the “Minister of Sound,” Ron Carroll has been a fixture in the Chicago house scene since the late ’80s. He’s one of the genre’s legends, known for his command over essentially all spheres of the music industry: songwriting, production, remixing, DJing. With roots in church choir, he’s also a talented vocalist—the reason for his moniker.

“The Chicago scene is so rich,” Carroll says of his home city. “This is the only place that I’ve encountered in the States where you can literally go out every night and hear any type of sound in any capacity, whether it’s large, intimate, whatever.”

Ahead of his performance at ARC Music Festival, Carroll took to Chicago’s Gramophone Records to select the tracks he sees as instrumental to the birthplace of house—from Candy J, Robert Owens, to Ralphi Rosario. “There are so many talented people here who can give you [exactly what] you need at the party,” says Carroll. “ARC notices that the world loves these guys. Let’s bring them here and give them the spotlight at home.”

“Desirable Revenge (The Saga Of Sweet Pussy Pauline)” by Candy J
The reason I like Candy J is because Chicago was always known for its raunchy side. We were not about clean lyrics. Candy J was a storyteller, and her storytelling was about sexual encounters that she had with people. They put the beats over it. That’s why this one was a monster in the clubs.

“The Word Is Love (Silk’s Anthem of Life)” by Steve “Silk” Hurley featuring Sharon Pass
After we talk raunchy, we have to get into some love, right? We’d known Steve Hurley for a long time from his remixes and things like that, but when he took on his own imprint label, we were very excited. He was able to spread his wings a little bit. This particular track right here, he kept that raw Chicago essence, but he also added breakdowns with chord progressions which gave it a different twist. During his time, that was very rare: You either went one way or the other. That’s what made me connect with it right away.

“You Saved My Day” by Cheryl Lynn
Sweet D was one of my favorite producers from the ’80s Chicago house era. He was the keyboard guy for Farley “Jackmaster” Funk, and then he did his own projects. This particular song is by Cheryl Lynn. There’s a part in there, during the original break, that goes Thank ya, thank ya. He took that section and [made] it into a groove. We would play the original track by Cheryl Lynn and then go into the Sweet D version, and the place would go mad.

“Bring Down The Walls” by Robert Owens
Any classic house lover knows who Robert Owens is. He sang with Larry Heard, who is a very famous producer, and he did his own projects, as well. “Bring Down the Walls” took a commercial turn. It was popular in the clubs, and then he started getting on the radio, and all of a sudden he just blew up. This is a radio success tune on an underground label. Robert Owens cemented himself in the scene with this [one].

“Pump It Up” by Razz featuring Matt Warren and Ralphi Rosario
Last but not least, I gotta give love to Ralphi Rosario and Matt Warren—legendary guys in the game. I grew up listening to them. What I love about Chicago is that we’re so diverse. Our scenes are not mixed together, they’re actually separate. So you had a Latin scene; you had a Black scene and a white scene. I don’t know why, but that’s how it was. This track right here transcended those lines. They brought all those scenes together, and everybody played this tune. 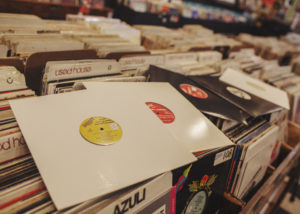