On a ‘Wizard of Oz’ inspired runway, the house’s collection transforms myths to realities

“At the timeless core of the Louis Vuitton studio is the belief that imagination—creatorship, craftsmanship, showmanship—can move and unite its spectators around the world. It’s the heritage on which Virgil Abloh based his practice at the Maison and the philosophy that continues to drive the Studio Prêt-à-Porter Homme,” opens Louis Vuitton’s press release for its Men’s Spring/Summer 2023 collection. 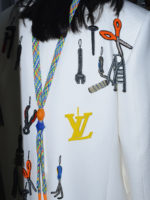 This is the first show at the French house designed entirely after Abloh’s death, but it pays tribute to the creative director at every corner. The Marching 100—a marching band from Florida’s A&M University—kicked off “a parade of childhood dreams,” a signature motif in Abloh’s designs. The parade took place on a sort of toy racetrack, shaped like the Yellow Brick Road, a recall to the Wizard of Oz-themed pieces in Abloh’s debut Spring/Summer 2019 collection. The show’s soundtrack came from Kendrick Lamar on the sidelines, who shouted out Abloh’s name between songs.

For the digital audience, Louis Vuitton provided a prelude directed by Ephraim Asili titled Strange Math, a film exploring the relationship between imagination and reality, which carried through to the collection. Thus, origami paper planes, building block beading, playdough-like textures, cartoon prints, and sandbox tools adorn garments and accessories. Futuristic, oversized speakers were carried like backpacks, blending in with the kidcore designs seamlessly. Silhouettes were both shrunken and oversized, portraying the adolescent timelines of outgrowing and growing into a variety of attire. The looks came together to create a sophisticated yet playful memorial of Abloh and the ’90s. 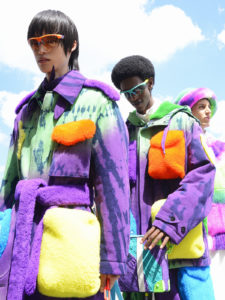 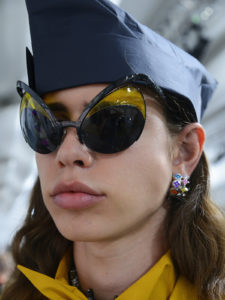 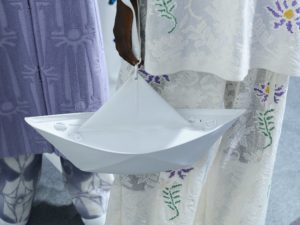 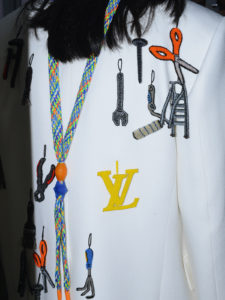 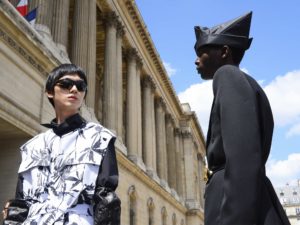 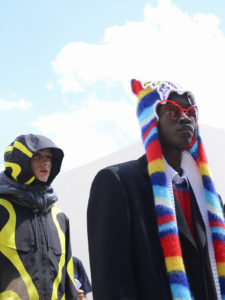 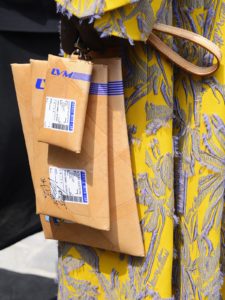