Steven Stokey-Daley founded his eponymous label, S.S. Daley, with a vision for doing things differently. Brought up in a distinctly working-class Liverpool suburb, he didn’t fall in with the traditions and norms of the luxury industry—its hierarchies, its rules, its opulent visuals. For his debut London Fashion Week collection, Stokey-Daley eschewed conventional models, showcasing his preppy designs on members of the National Youth Theatre, of which he was once a member. It was a commentary on the dramatics of high society: “It’s not like I’m celebrating that past, or the elite class,” he explained. “It’s more that I’m investigating them from a point of view of having never seen that stuff before. In London, the more privileged you are, the more you appropriate from working-class culture—so why can’t I do the same?”

For Spring/Summer 2022, he took a parallel approach: a photo series that saw sheep shearers in Cornwall carrying out their regular duties, while clothed in his latest collection. Stokey-Daley collaborated with stylist Harry Lambert, casting director Nachum Schonn, and photographer Laurence Ellis to bring the concept to fruition. It was a like-minded team that shared Stokey-Daley’s affinity for a collaborative, offbeat process. Said Ellis, who doesn’t typically shoot fashion campaigns, “My work is very much about real people and communities that aren’t city-centric—communities that don’t often get the same exposure as Paris, London, New York, LA. It felt like Steven was trying to do something similar.” 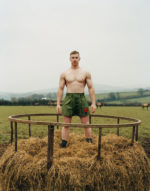 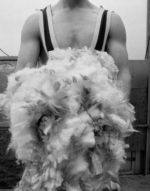 “There’s something super interesting about the 2022 Man, that differs from men of previous eras.”

The images themselves are striking; the clothing feels far from foreign, matching the greens and greys of the Southern countryside. The shearers grin, or gaze intently at the camera, never seeming to be uncomfortable whether they wear flower-filled hats, short-shorts, knit vests, trench coats, or plaid two-piece sets. “Laurence is a very special photographer who has an innate ability to capture the ‘real life’ happenings around him,” says Stokey-Daley, “which contrasted harmoniously with Harry, who approached the guys as if he were styling a rural editorial exploring themes of masculinity, the sexiness of man, the rawness of craft, the bodies’ durability.”

“There are such specific narratives—there’s social commentary, there’s political, there’s gender—that are being expressed by a lot of creatives and designers at the moment,” continues Ellis. “And the fact that that’s not necessarily what Steven’s doing… There’s something quite [beautiful] about that. It’s very much open to interpretation by the viewer.”

Indeed, Stokey-Daley toys with social critique in many realms: subverting the high-class uniform, traditional masculinity, the notion of who luxury fashion is for in the first place. But he’s never heavy-handed, dancing loosely around such topics, leaving room for objective beauty and for playfulness. “There’s something super interesting about the 2022 Man, that differs from men of previous eras,” he says. “We value quality over anything, we celebrate the use of natural fibers, localized production, and tearing up the rule book as to how one should present a brand. I love the idea of changing what it means to present a fashion show.” 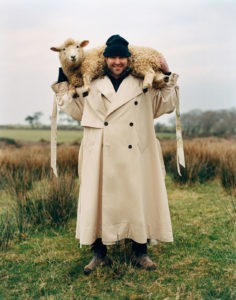 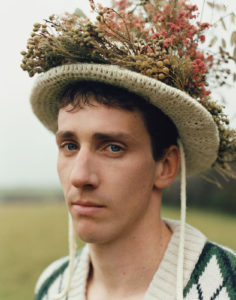 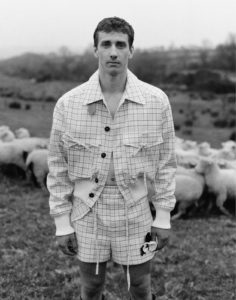 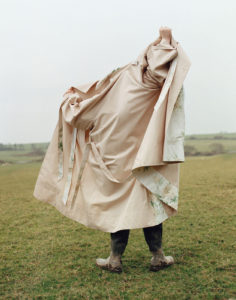 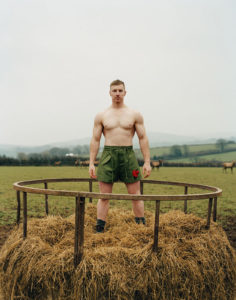 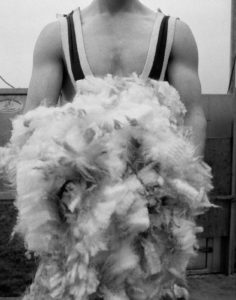 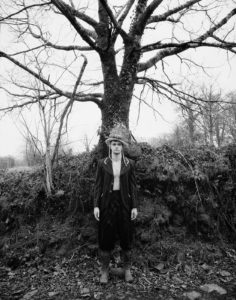 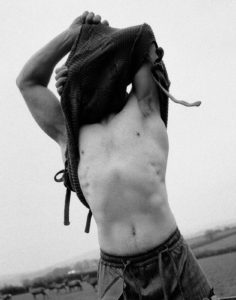