“When I draw, even if it’s a depiction of gay men, I always try to push the depiction to the more vulnerable side,” Anglada explains in a press release. “It may be suggestive or have sexual energy but it’s really about sensitivity and vulnerability, and to me, that’s part of what’s so empowering about queer culture.”

Monochromatic hues are derived from watercolors and colored pencils, calling back to the limited colorways signature to comics and pop art. Anglada approaches his pieces with a lens that uniquely references the history of queer culture, framing his art through perspectives of glory and peep holes.

His work has amassed global acclaim for its portraiture of homoerotica that feels more thought-provoking than it does pornagraphic. Through collaborations with JW Anderson, Moncler, and Grindr, along with his independent publishing and merch project Free Time, Anglada has staked a claim as one of the most prominent artists defining contemporary queer culture.

The exhibition opens on April 8, and will be accompanied by a limited edition zine published by Innen Zine in Zurich. Anglada’s works will be viewable online here. 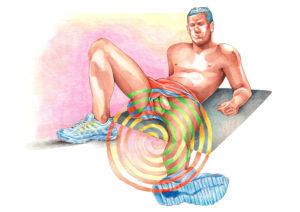 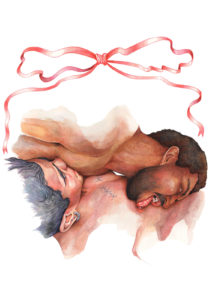 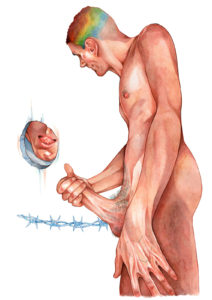 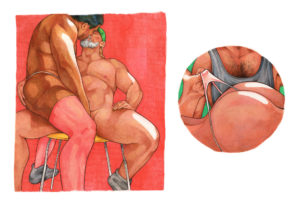 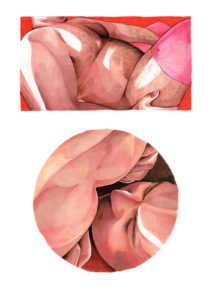 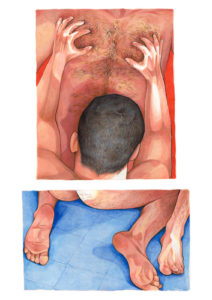