Years ago, Andrew Bird was in a men’s room at the urinal, whistling, as he often does. Another man walked in, took notice, and asked, “What are you so happy about?” “Nothing really,” Bird replied. “I’m actually quite miserable if you must know.” Superficially, the lanky man in the men’s room was irritatingly joyful enough to whistle. Beneath the surface, there were all kinds of wrong going on, the stuff Bird has dubbed “inside problems.”

Inside problems keep you up at night, undeterred by melatonin or meditation apps—they incessantly nag at you. Bird chose to let them in and repurpose them for his most recent album, aptly titled Inside Problems, arriving June 3. His newest single “Underlands” follows “Atomized“—both songs grapple with thematics that reference Icarus and Orpheus. In its 11 songs, the album explores the inevitable presence of thresholds, whether they emerge in mundane moments, like standing in a doorway, or more substantial ones, like crossing state lines.

In anticipation of the album’s release, Bird joined Document to discuss its conception and trace the progression of his career, which has seen him flirt with worlds outside of album-making. He’s soundtracked films for Judd Apatow and PBS, even taking a rather successful swing at acting in Fargo. Inside Problems is the simply most recent of Bird’s unending endeavors. 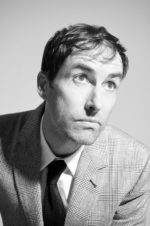 Megan Hullander: What do you classify as an “inside problem?”

Andrew Bird: It could be so many things, as long as it’s concealed. It’s like, you could maybe see the slight wince in someone’s eyes while they’re smiling.

Megan: Was it the inside problems of yourself or of others that inspired the album?

Andrew: It’s more my own internal, messed up world.

Megan: A lot of artists came out of COVID with introspective work. Did the isolation serve as inspiration for this?

Andrew: I would go to sleep at night, and just lie there. I was like, ‘It’s gonna be about an hour and a half before I actually fall asleep.’ So I would just invite the demons that were gonna come out eventually anyway, and have conversations with them. I’m just lying there, a captive audience for it, and I decided, ‘Maybe I can try to organize all those late night spirals into lyrics.’

Megan: A late night grappling with your innermost thoughts is like the opposite of Headspace.

Andrew: Sometimes when it’s really bad, there’s nothing you can do. No meditation app is gonna really pull you out of that. But there’s other times where you can just kind of hang out with them.

Megan: In the press release, you were talking about the moments in between, and how time functions into those thoughts. I feel like music is a place that people go to for thinking about the past or processing their thoughts. What role does music play for you in relation to time? And is there a difference between consuming music and creating music?

Andrew: I think about how music can affect your perception of time, in that sort of cinematic way that music can make a scene slow down. It can affect your perception of what you’re seeing. If you’re just staring out the window and there’s a tree in the breeze or something, that can have this sort of magical interaction with what you’re actually seeing.

But as far as the writing of the music, the songs become an obsession—I give each one attention. One will take over for, like, two months and be a constant companion. It becomes associated with that period of time. And then you’re organizing in a non-methodical way, but you’re reaching out and grabbing the things that are dominating your thoughts and organizing them into song form.

Megan: Your rate of production makes you fairly prolific. How do you maintain the rate at which you’re producing work without falling into redundancy?

Andrew: It’s really not that prolific to write 12 songs every three years. There’s a lot of hours in the day when it’s your job, but that takes a tremendous amount of work, especially the lyrics. It takes a lot of restraint to write those records. So I create other projects that give me more room to indulge instrumentally—a film score, or something where I can just be an improvising violinist.

Megan: Has writing film scores changed the way you write your own music?

Andrew: Yeah, because the gears kind of start to grind slower and slower. Oftentimes with my own stuff, I wish someone would sit outside my room and say, ‘Don’t come out of that room until you’ve written a song.’ Then I would truly be prolific. I could spend months hemming and hawing over one song. Then someone says, ‘Hey, write me a song about X, Y, and Z.’ Within half an hour, I crank something out that I might put on an album.

Megan: How did you force yourself to write on this album?

Andrew: Every waking and non-waking moment could be a moment you could be getting somewhere with something. There’s really no office hours. I’ve got two modes. I’m either on a couch with my guitar early in the morning and late at night, or I go out to my studio with my violin and the looping pedal and I’m improvising. I’m very skilled and expert at one, and with the other I’m not very musical—I’m very ham-fisted on guitar. I’m on the couch with a guitar, and I’m like Jonathan Richman, and in the studio, it’s more like Yo-Yo Ma.

“I have trouble listening to some records where I hear the decisions being made. It’s just a series of decisions. It doesn’t feel like a performance, really.”

Megan: Do you feel like your processes of writing and conceptualizing have changed a lot since you’ve started making music?

Andrew: It changed dramatically in the early 2000s, when I was living isolated in a barn in the countryside of the Midwest. I went from a regional club scene in Chicago to a vacuum, rethinking how I was making music in a kind of deprivation chamber of sorts. Since then, I’ve been using more or less the same process. The lyrics, I think, have gotten better. I’ve been more rigorous about the writing.

Megan: Do you feel that you’re heavily influenced by the place you’re in?

Andrew: It’s not the environment of the city or the landscape that’s influenced it—it’s just more stability. Actually having a house and a family and wondering what’s happening. Managing a social life is so much damn work. I spent a lot of time in my 20s and my 30s wondering, ‘Why am I so isolated? Why am I so alone? Why do I do this to myself?’ What you’re seeing every day, if you’re only looking a couple feet in front of you—you’re gonna make a certain kind of song. And your perception of time and space is affected by what you’re seeing. Once I went on that kind of painful, isolated adventure on the farm, I took that knowledge and that process wherever I went.

Megan: Did being in isolation during the pandemic call back that experience for you?

Andrew: It was different, but as far as the quiet, the lack of distractions, something could always keep those demons from coming to the surface. During the pandemic, there was more room for them to come out and wreak havoc.

Megan: And you’ve said you like to test out material at your live shows. How did you recreate or replace that sort of community without having it in that form?

Andrew: Both travel and live performance, I thought were essential to my process. With those gone, I was wondering what would happen. I needed a routine when the lockdown happened. So I started just making videos, plowing through my old catalog and making videos, just me playing the song solo. And that felt so casual to, between 9 a.m. and 11, do a song and put it out there, and be pretty happy with it. Because no one expects it to be perfect. And then I just move on with the day. That kind of kept me a little sane. There was plenty of time for that, because I wasn’t in airports and trains.

Because we couldn’t really go in the studio yet, during the worst of the pandemic, I would only rehearse with the band, which I generally don’t do a lot. But we had nothing else to do—might as well—so we just played outside on my patio for months. That was my sounding board, and a really great producer who was kind of hands-off, but gets my ethos. Once we got into the studio, we did the whole record in 10 days, and it’s all live vocals. It’s the same thing I did with the last album, but this was even closer to the ideal sonics of it. That really creates something that, to me, sounds valuable as opposed to track by track creation.

Megan: Do you think that the inability to record with the kind of schedule that you would normally adhere to makes you feel more willing to embrace the quote-unquote imperfections?

Andrew: Well, what I’ve learned is you never look back and say, ‘God, I wish I hadn’t prepared so much’. The last song on the album, ‘Never Fall Apart,’—the first line is 10 times louder than everything that comes after it. You just learn to like that, which is a cool thing. Most people would fix that.

Megan: But those moments always end up being the ones that you remember the most, and that hit you the hardest, as a consumer of the music.

Andrew: Even if you’re even barely aware of it, there’s a feeling. Like there’s one moment in that song, “Green Onions,” by Booker T. and the M.G.’s, where Steve Cropper starts playing a guitar solo and there’s so much reverb on the guitar. It’s completely washed out. And then the engineer reached for the reverb fader and pulled it all the way down. You can see the engineer being like, ‘Oh, crap.’ And hearing that makes you realize, like, ‘Someone made this.’

“It’s not so much about reinventing the wheel. The goal, like what you hoped would happen with your musicianship, is not to always be burning everything down and then building something new every record.”

Megan: It almost brings a sense of intimacy, in a way that doesn’t really happen quite as much nowadays, when it’s a lot easier to nitpick.

Andrew: I have trouble listening to some records where I hear the decisions being made. It’s just a series of decisions. It doesn’t feel like a performance, really.

Megan: What do you think is the most different about this album from anything you’ve done before?

Andrew: I think the most noticeable thing about it is the amount of space, and there’s a lot of space for the vocals. Is it an evolution, or a right turn, or a 180 turn, or anything like that? I don’t know. I’m still doing what I do. When you do something this long, you start to become aware of certain idiosyncratic things you’ll do with phrasing, or with the way I play my instrument. One of the best shows I saw in the last few years was Cat Power opening for the Pixies. At the end, her phrasing was so idiosyncratic. It was like listening to a Miles Davis solo or something, it was a very identifiable thing. And it wasn’t the sort of bedroom thing she was doing—she was projecting out and she was performing, but it was just so moving.

That’s what I feel like—it’s starting to become a sort of vernacular, with the way I play and the way I phrase and the way I put a song together. It’s not so much about reinventing the wheel. The goal, like what you hoped would happen with your musicianship, is not to always be burning everything down and then building something new every record. 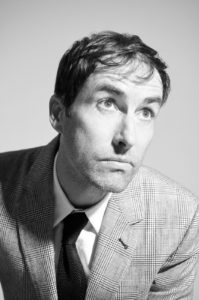