Before Balenciaga’s Fall/Winter 2022 show, Demna issued a statement: “The war in Ukraine has triggered the pain of a past trauma I have carried in me since 1993, when the same thing happened in my home country… I thought for a moment about canceling the show that I and my team worked hard on and were all looking forward to. But then I realized that canceling this show would mean giving in.”

In an indoor environment created for the presentation, models walked a loop while battling wind and snow. Originally a commentary on climate change and simulated experience, the statement gained a profound gravity in the context of the war in Ukraine. Resistance and beauty emerged out of turbulence and distress. Both in Demna’s decision to present the collection, and in the collection itself, there is an absolute refusal to give in. 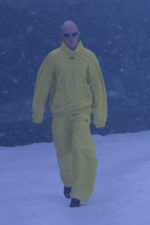 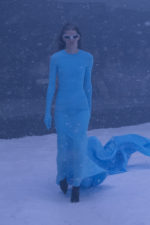 There were garbage bags made out of leather, towels held as tops, and sunglasses fit for the conditions. The knee-high heels looked like waders, and embodied the idea of defiance: Power and beauty can move through snow, slush, and mud. But it feels wrong to only talk about the clothes, as if Balenciaga’s show was just another slot on the busy fashion week schedule. It was an affair that proceeded pretty much as planned, despite what was happening a flight away. The show’s attendees viewed the collection from behind a glass screen, calling to mind the difficult reality that many of us observe struggle as spectacle, at a distance that allows for detachment, safety, and comfort.

If the weather in the rotunda didn’t immediately threaten the audience, the threat was existential. Said Demna, “In a time like this, fashion loses its relevance and its actual right to exist. Fashion week feels like some kind of an absurdity.” So what gives fashion its right to exist? Paradoxically, Demna’s presentation gives us a moment to ignore fashion as an industry and see it in its purest form: as a statement about the world via artistic expression. Sure—once Twitter finds out the retail price of the garbage bag, the moment will have long expired. But in making a powerful statement with extreme conceptual strength, Demna’s Balenciaga makes us remember why we ever cared. 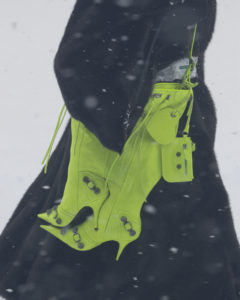 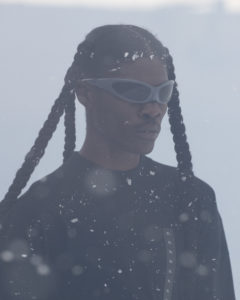 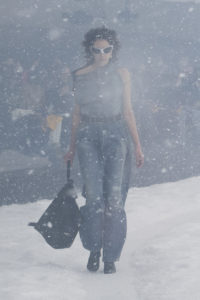 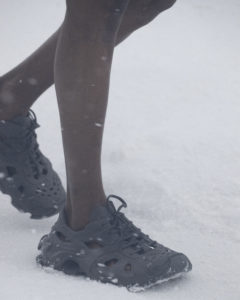 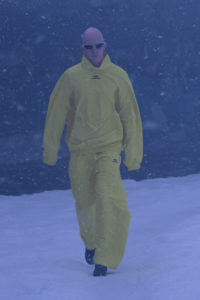 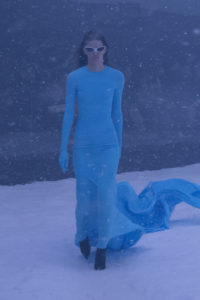