The International Center of Photography’s latest exhibition issues a warning: ‘Have your way with images, or they will have their way with you’

Every time pink and orange hues dust the New York skyline—even if you’re trapped at work, unaware the sun began to set—it’s unmissable. Just check Instagram to see the cotton candy skies from at least 30 different angles. With each passing day, the number of photographs multiplies, from mirror selfies at the gym, to disposables of a night out with friends, to documentations of life’s important moments. The International Center of Photography’s new exhibition, A Trillion Sunsets: A Century of Image Overload, poses the question, “Are there too many images in the world?”

Through collages and photographic work by notable artists like Walker Evans, Justine Kurland, Andy Warhol, and Nakeya Brown, dating from the ’20s to today, the show delves into the prolific growth of media and oversaturation of imagery at our fingertips. A Trillion Sunsets explores the ideas central to movements like Dada, as well as Surrealism’s unexpected correlation with the messaging of postmodernism—both movements share a sense of looming, morbid fascination with the surplus of images. Instead of feeding into the cycle of repetitive imagery, artists like Justine Kurland and Walker Evans have turned toward recontextualizing works already in existence, looking for new meaning in the forgotten. There are no new ideas anyways, right? For instance, Evans’s Penny Picture Display, Savannah is composed of an image taken through the window of a different photographer’s studio of an array of 210 printed portraits. A photograph of photographs isn’t the original photographs themselves. It becomes something new entirely. 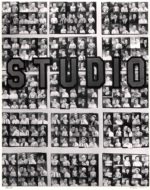 “Have your way with images, or they will have their way with you,” says curator David Campany, ICP’s Managing Director of Programs. “With this exhibition, we explore very contemporary questions in the context of a rich and fascinating history.” One of the works Campany uses to explore these ideas is Hannah Hoch’s 1933 Album. The scrapbook-like work, consisting of found imagery and collages of women pasted together, feels reminiscent of apps like Instagram and Pinterest—used to pick and choose and curate one’s ideals. Hoch’s resistance to the dangerous stereotypes emerging from German fascism lends itself to the context of the fight for representation discussed tirelessly in media today.

The exhibition reinterprets already-reinterpreted work, exploring timeless topics surrounding originality, art standards, beauty standards, racism, sexism, and the exhaustion that comes from fighting any of it. Perhaps the cycle of image production continues for a reason, and its connections to the past are simply unanswered questions or ignored pleas: Will the oppressed continue to oppress? Is there tangible freedom in the expression of one’s experiences? Still, a hope exists to understand, through the creation of art.

A Trillion Sunsets is on display at ICP’s downtown gallery at 79 Essex Street in New York, now until May 12th. 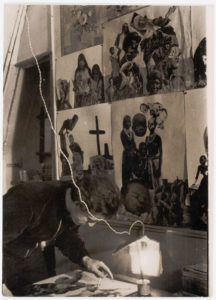 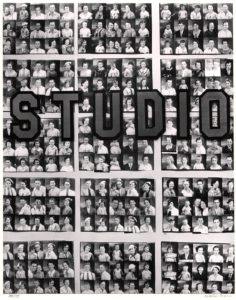 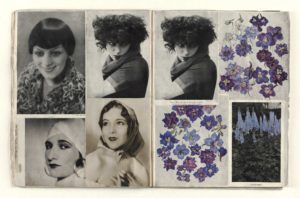 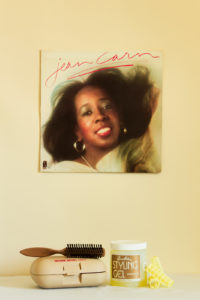 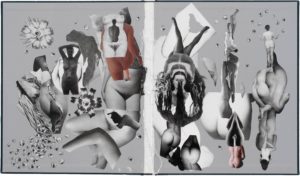