Inspired by Valerie Solanas, the photographer's latest project slices away the influence of male artistic 'geniuses' to make room for women in the canon

On the streets of Greenwich Village in 1967, Valerie Solanas began selling copies of her self-published SCUM Manifesto, charging women $1 and men $2. Solanas, a fringe radical feminist and revolutionary writer, gained notoriety in 1968 when she shot Andy Warhol at the Factory a year later. Two bullets ruptured Warhol’s stomach, spleen, liver, esophagus, and both lungs, but doctors were able to save him. The altercation increased the general public’s interest in and awareness of the manifesto, which called for the total eradication of the male sex and summoned “civic-minded, responsible, thrill-seeking females” to join her coalition, The Society for Cutting Up Men (SCUM).

Justine Kurland’s new project, SCUMB Manifesto, which is currently showing at Higher Pictures Generation, employs Solanas’s idea as the basis for further development. With Society for Cutting Up Men’s Books, Kurland evokes Solanas’s dream matriarchal utopia by physically clearing out her personal library of photography books by male artists. “The point of these collages is to annihilate the influence of these men who were introduced to me through my schooling and reinforced by museums, galleries, and publications,” Kurland says of her recent work. Cutting up and collaging images taken by canonized figures of photography is a symbolic act of dismembering the patriarchy by making room for women photographers who have been denied such veneration.

This new deconstructive approach is itself a radical departure from Kurland’s photographic process. Known for her staged, documentary photographs like those in Girl Pictures, Kurland has long aimed her lens on young women in transition. While womanhood has long been at the center of her images, their obvious absence in SCUMB Manifesto raises bold inquiries about photography—who are the characters and who are the authors? In her resuturing, a further inquiry: who has authority? Kurland joins Document to discuss collage as a feminist strategy, the inevitable extinction of male monopoly on power, and creating a new reverence for female artists. 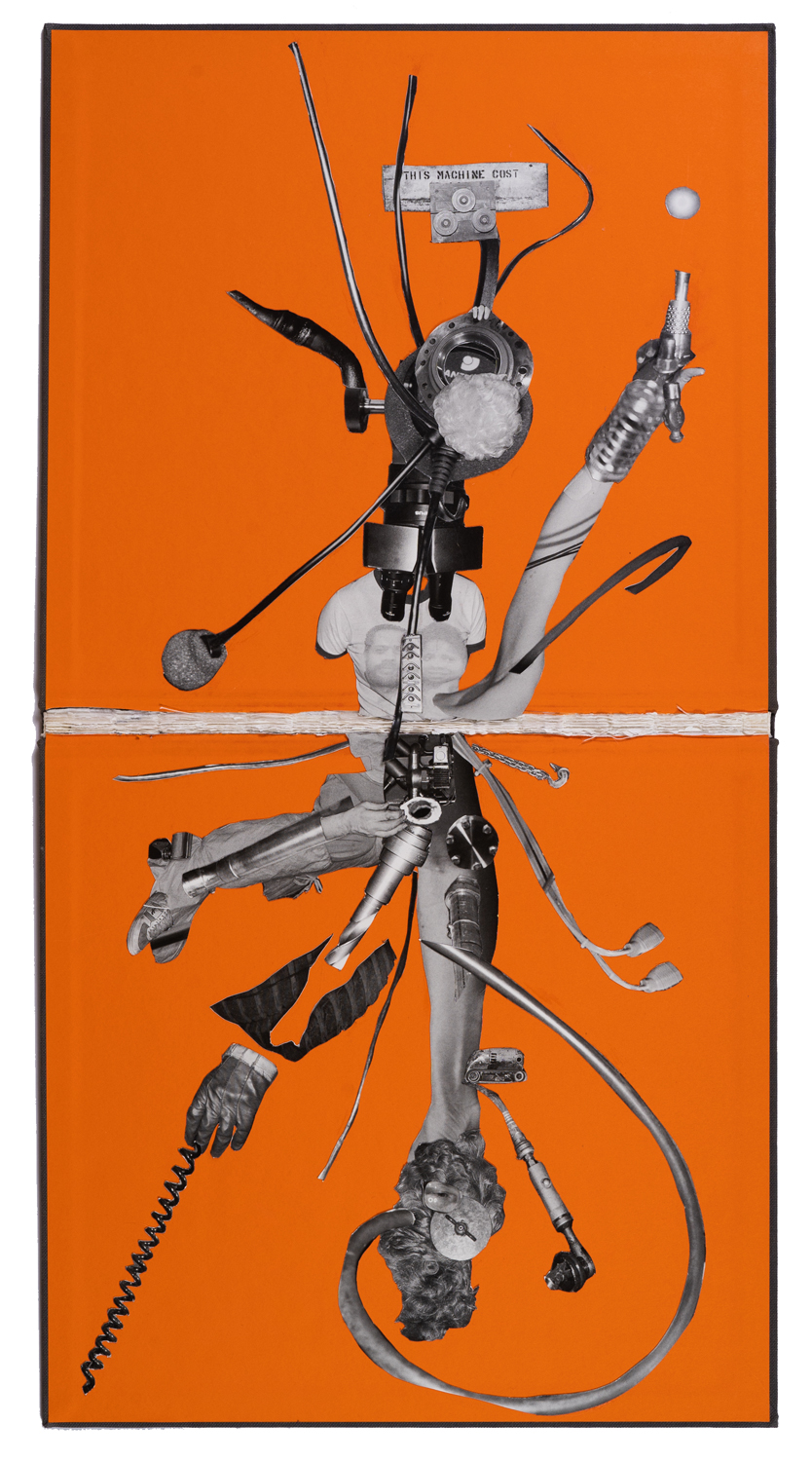 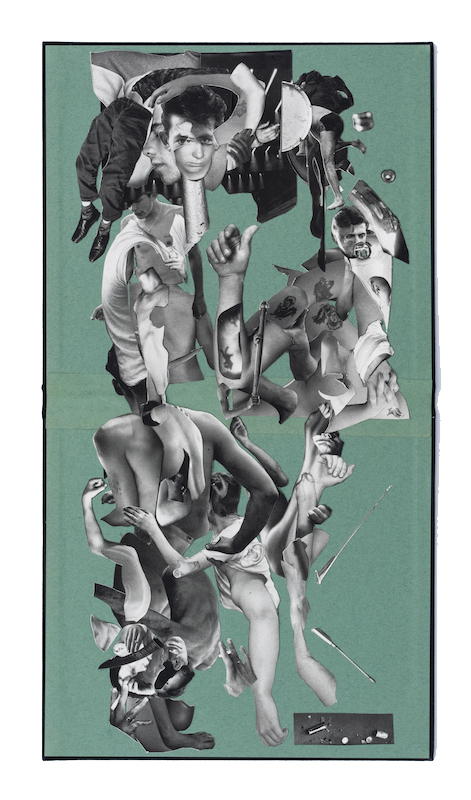 Avery Norman: Since the ’90s, you have touched on themes of freedom and the feminine identity through your photographs. How does this intellectual project differ from your previous work?

Justine Kurland: I wouldn’t characterize my work as intellectual. In photographs as with collage, I’ve tried to imagine a habitable world for women. The collages do a psychic spring-cleaning by literally clearing space on my shelves and in my brain.

Avery: How is the medium of collage used as a feminist strategy?

Justine: All you have to do is think of Trump. He has a monopoly on truth and power, top down, vested in him by a long line of men who also raped and killed. Imagine the collage as a way of cutting out his authority, getting away from a singular perspective, allowing for multiplicity, nonlinear thinking, and giving some breathing room. It’s the difference between following a set of instructions and humming a tune you just made up.

Avery: Would you say that this series is a direct response to the current social and political climate? Is there any reason you decided to create and show this body of work now?

Justine: Everything I do is a response to my social and political circumstances but through the filter of my own perspective and experience. I began the collages before the George Floyd and Breonna Taylor uprising and before the pandemic. They are part of the slow dismantling of a mode of working through road trip photography. If I had to pick a turning point in my work it might be when my father died in 2014. The collages were the result of a deep research dive into Valerie Solanas. I was asked to speak about Andy Warhol for The Whitney during his exhibition. Valerie Solanas was my way of accessing that exhibition.

Avery: You have credited Valerie Solanas and her 1967 SCUM Manifesto as your inspiration. The SCUM Manifesto contends that men have ruined the world and that it is up to women to fix it. The formation of the Society for Cutting Up Men is suggested to solve this problem. Will you elaborate on your relationship with this text and how you have interpreted its main positions in your own work?

Justine: Valerie Solanas isn’t saying it’s up to women to fix what men have ruined. Part of the problem is how much women fix things for men. Valerie Solanas called for women to stop taking care of men and men’s issues. This is the main position of SCUM that I’m responding to in my work: ‘The true artist is every self-confident, healthy female, and in a female society the only Art, the only Culture, will be conceited, kooky, funky females grooving on each other and on everything else in the universe.” That’s what I’ve been trying to do.’ 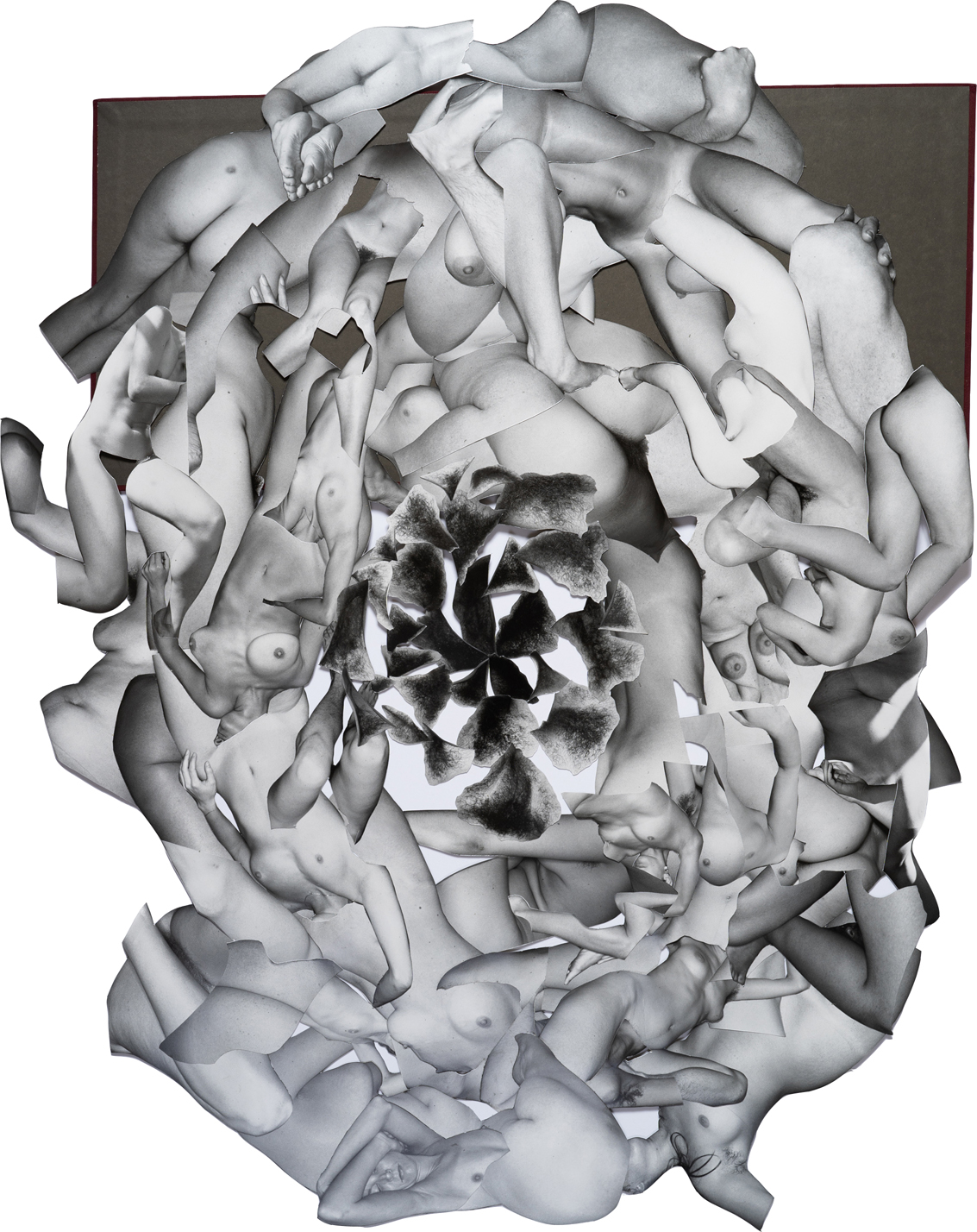 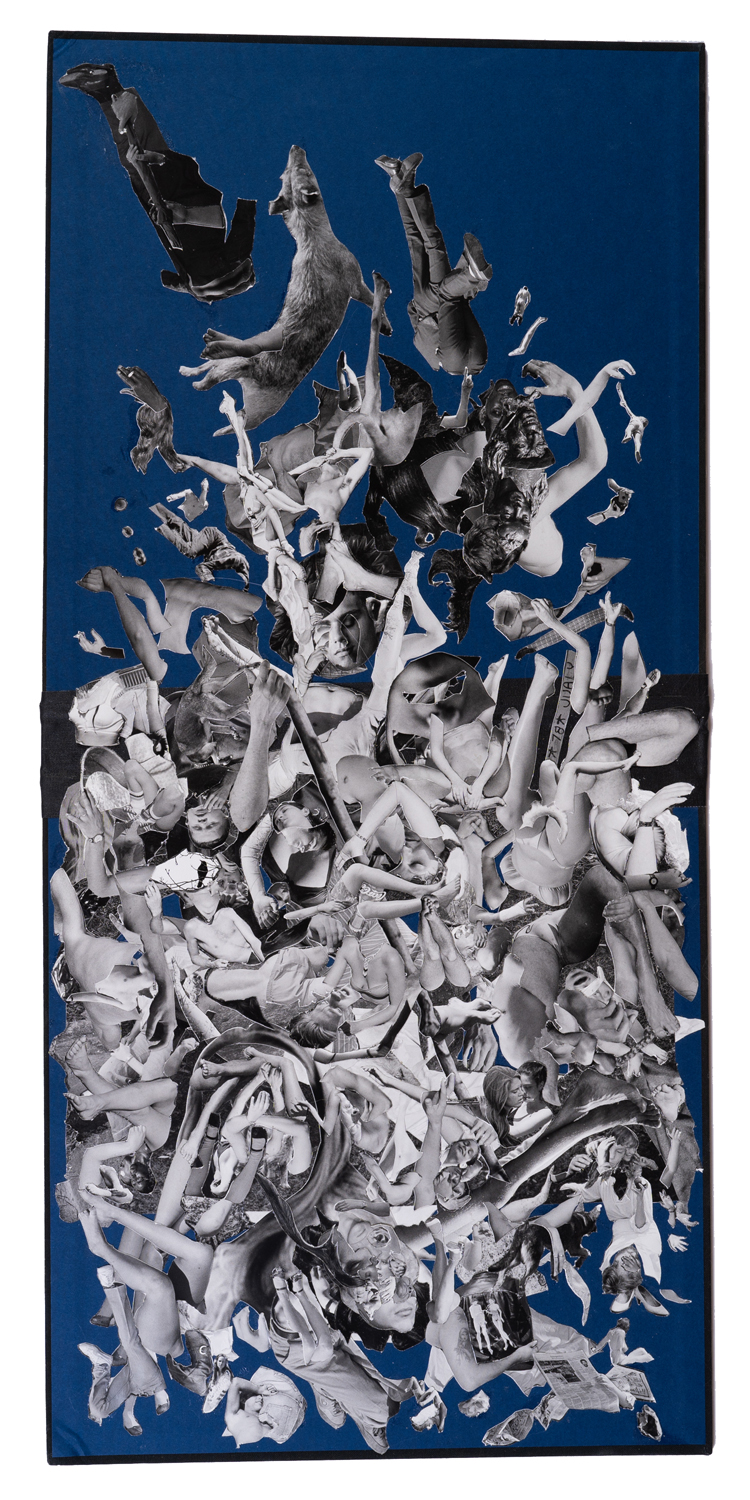 Avery: In your interview for the book Photo Work: Forty Photographers on Process and Practice you responded to a question regarding your photographic voice, ‘My education came through John Szarkowski’s canon of mostly white men, their syntax and grammar…I both love and reject my voice.’ Having studied under John Szarkowski, Gregory Crewdson, and Phillip-Lorca diCorcia (among others), all of whom could be described as white male historical figures of photography, can you speak to their influence on this work?

Justine: The point of these collages is to annihilate the influence of these men who were introduced to me through my schooling and reinforced by museums, galleries, and publications. So it would be contradictory to speak about their work. For me, it’s about opening up space to consider artists like Ming Smith, Jay Defeo, Laura Aguilar, Betty Tompkins, Barbara Hammer, Lorraine O’Grady, Moyra Davey, Carrie Mae Weems, Claude Cahon, Lorna Simpson, JEB, Carolee Schneeman, Adrian Piper, Ishuiuchi Miyako, Tee Corinne, Hannah Wilke, Yoko Ono, Alice Neal, Yayoi Kusama, Howardena Pindell among others. And build a new frame of reference to their legacy.

Avery: What other woman artists do you think inspired this project, and how did their influences differ from that of the male artists?

Justine: I’m not that interested in male artists or a weighing between the two. In other words, I don’t want women to replace men and continue in the same manner. I’m trying to think about new modes, new languages, new worlds. I don’t know what that is; I move towards what feels right.

Avery: You have designed a zine to accompany your show. What are you hoping it will add to this body of work?

Justine: It’s a zine that makes the work accessible. Everyone should be able to see and own art.

Avery: Before making the work available to collectors, you offered to sell them to the original photographers. Will you elaborate on the symbolism of this action?

Justine: Offering the work to the guys was more of an olive branch or a survival kit. I invited them to be active participants to the inevitable extinction of their monopoly.