Recent blockbuster space films can be roughly divided into two categories: those that envision man’s future in a post apocalyptic world—The Midnight Sky, High Life, 3022 (which centers on Earth exploding), The Martian, and Interstellar, to name a few—and those that cogitate on humanity’s historical space achievements—Apollo 11, Hidden Figures, Lucy in the Sky, and First Man come to mind. Though the two camps are not fixed, they have come to represent the genre’s two tent-pole narrative inclinations, with other films falling somewhere in between (Sputnik, for instance, suffused Soviet space program history with a fictional alien virus, while the benevolent aliens that visited Amy Adams in Arrival came to save humanity from itself). Largely devoid of the traditionally over-heated tropes we associate with space films—sinister robots and even more sinister aliens—these films fuel and recount intergalactic human struggle, human striving, and human capacity for self-destruction. 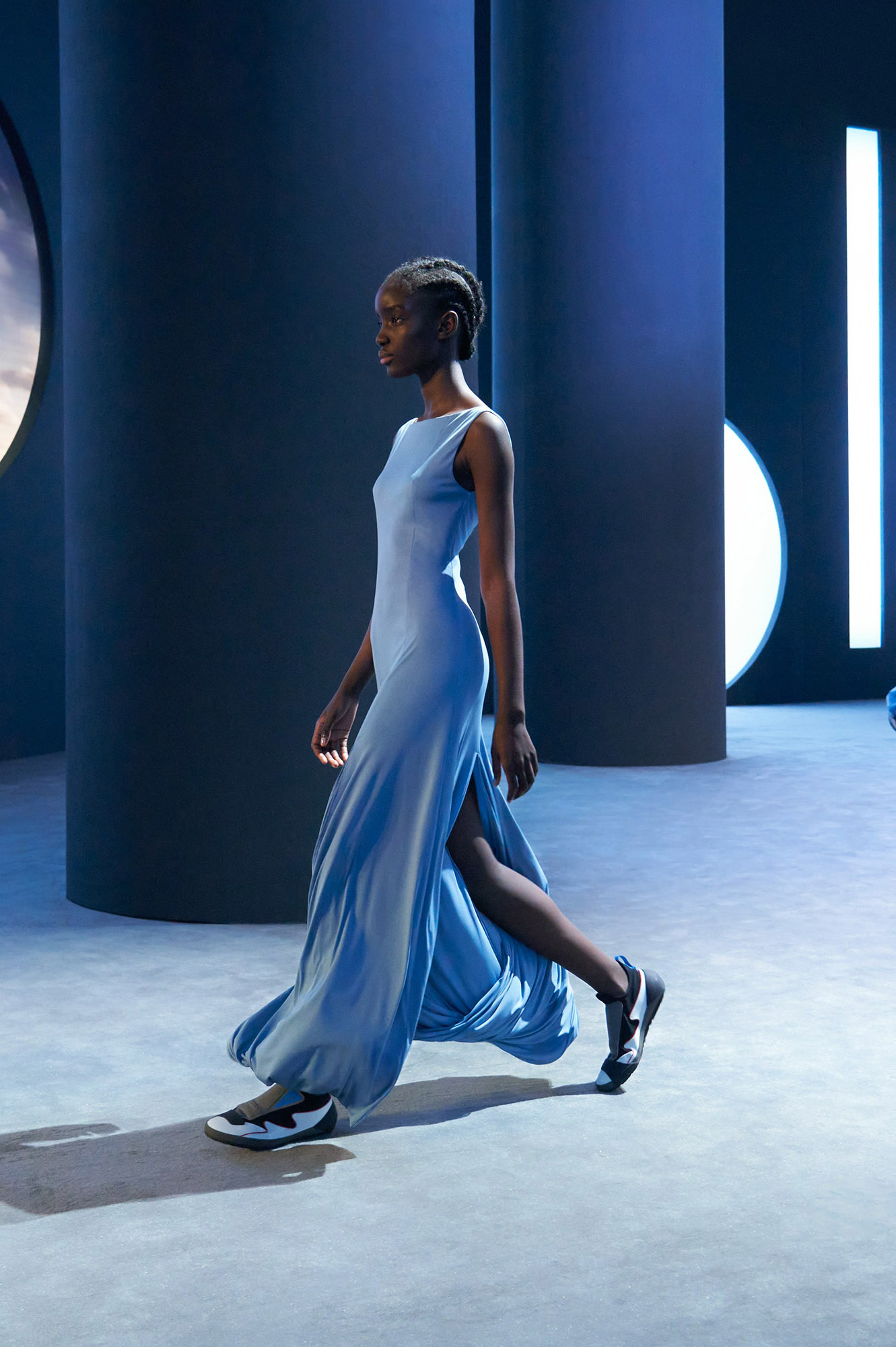 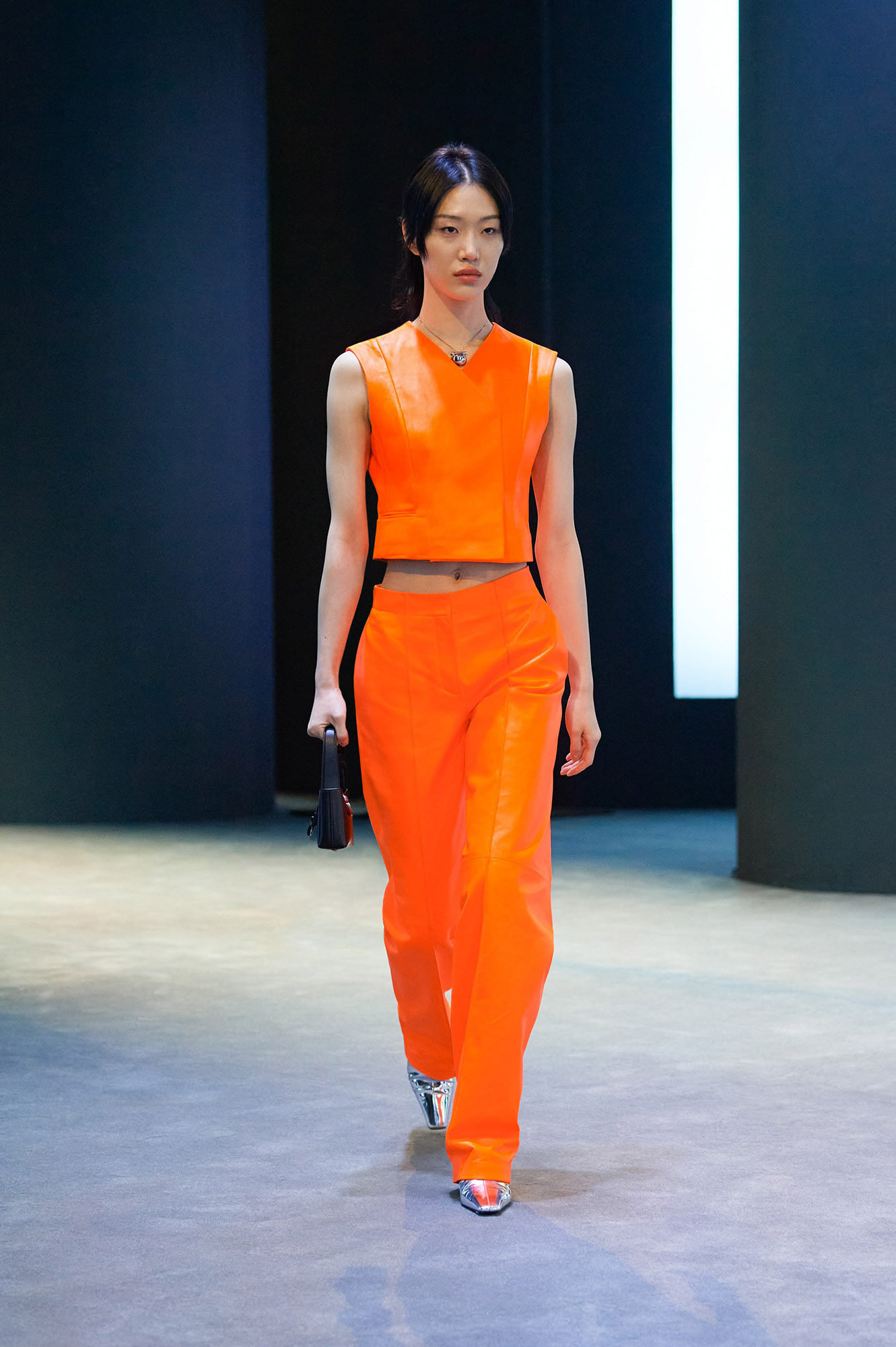 At Salvatore Ferragamo, a new-look fashion line draws visual inspiration from space-age films of yesteryear while culling together a creative approach hewing closer to the philosophical attitudes of today’s space-based cinema. Creative director Paul Andrew told Vogue.com that for the brand’s Fall/Winter 2021 collection, presented in video format, he “basically made a sci-fi movie.” Andrew cites Gattaca, a postlapsarian film that basically predicts CRISPR, as his chief creative inspiration, but he also draws heavily on Stanley Kubric’s 2001: A Space Odyssey. And though the set and visual elements draw on sci-fi of yesteryear the presentation film, “Future Positive”, is congruent with the urgent themes of contemporary space cinema, namely: a great search for renewal, and rediscovery of history that once signaled progress and promise. Further, Andrew has instituted a rainbow motif that pays homage to the “famous rainbow wedges [Salvatore Ferragamo] created for Judy Garland.” Thus, Andrew’s future-forward show is still interwoven with references from the brand’s illustrious history. 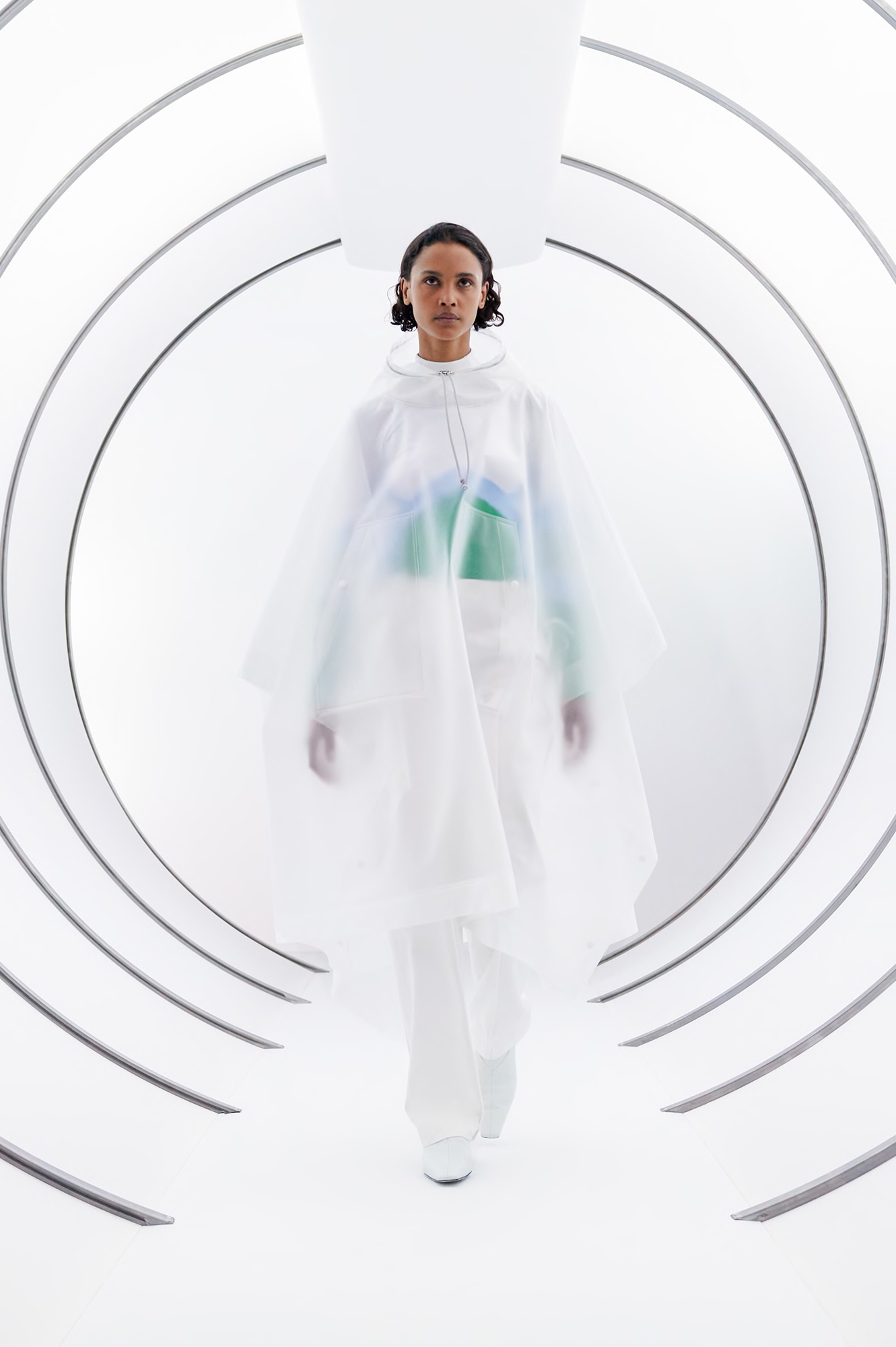 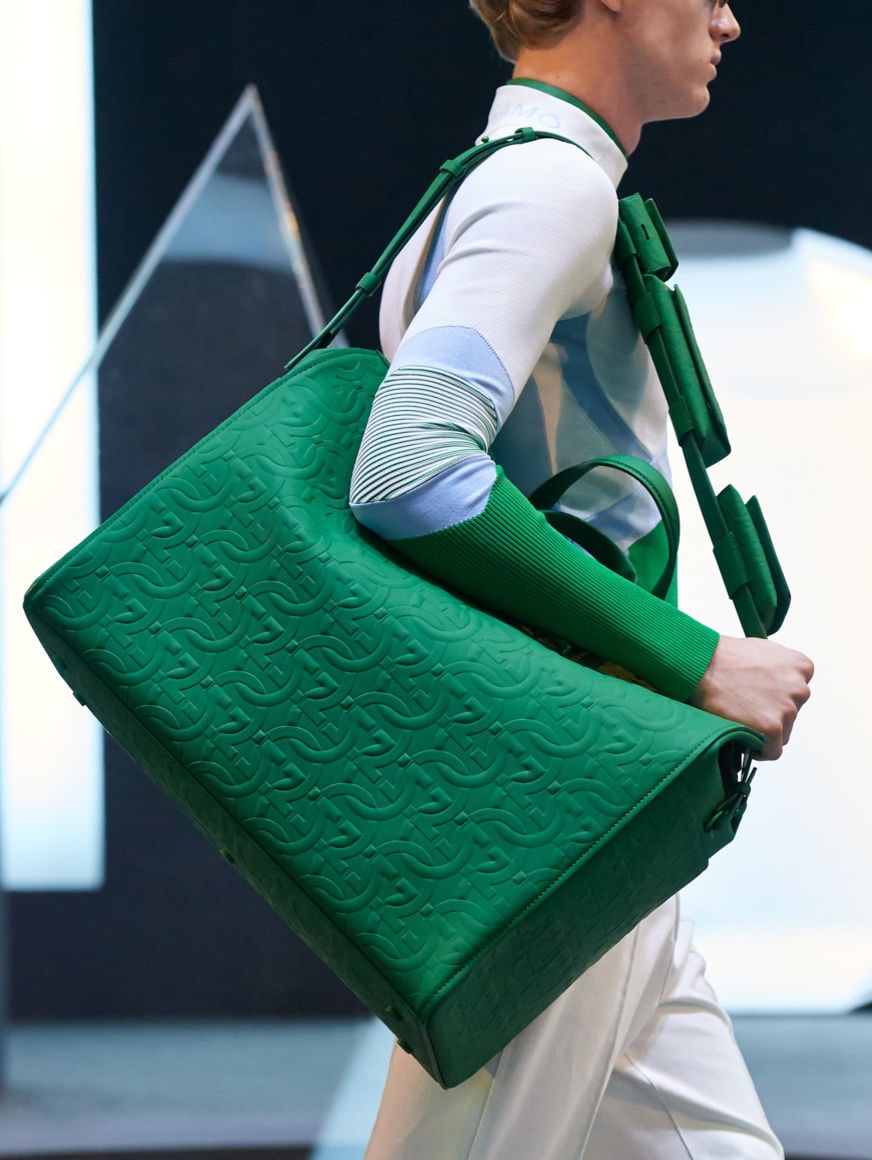 In this refashioning, as it were, Ferragamo has shed its muted earth tones for sprightly hues—adding to the panoply of fashion brands that have opted for bright, inviting colors in this gloomy pandemic age. One model emerges from an otherworldly space tunnel in a bright blue (bordering on cyan) get-up consisting of a power suit, kitten heels, and a miniature purse, a look that is somewhere between high-fashion office wear, off-duty astronaut suit, and Pan Am flight attendant uniform.

All in all the collection is a breath of fresh air in a world desperately in need of such. This future-forward, sci-fi inspired line is the beginning for Andrew, who told British GQ, shortly after his appointment as creative director, that he was “totally changing everything.” One small step for Paul Andrew, one giant leap for Salvatore Ferragamo.