The Sunflower Bean front woman’s visual “cover” of the punk icon Nina Hagen is a meditation on authorship, identity, and creative liberation

I recently heard a friend of mine, also a songwriter, mention that when they were suffering from writer’s block they would type out the words of their favorite songs just to feel what they felt like under their fingertips. Or, they suggested strumming the chords of one’s favorite songs to understand the formations, the sound from the hole in the middle of the instrument becoming the song instead of just notes strung together. The idea being that if you could perform the motions of greatness, to feel that greatness surge through you, you could give yourself the chance to be great too.

I can’t help but think this strategy for unblocking creativity has a lot to do with the rise of “covers” in the pandemic era. If you are a music fan, or you have been using music as a way to cope with the pandemic, you may have noticed a surge in the number of artists covering other artists. Some musicians express this through TikTok, the social media platform with unrivaled force that relies so heavily on music. TikTok’s rise has created a climate in which every person can broadcast their voice to the world and have a chance at virality.

While we’re starved for live performances, for new albums—many of them being held by artists or record labels to give them the chance at a more impactful release—we have looked at the past and at each other. Miley Cyrus has defined her current album campaign with an onslaught of covers, showing where her tastes currently lie. My band recently covered SZA’s “Good Days”; I was thrilled that her unbelievable melody had recently gone platinum in America, where the music on popular radio often feels so stale and homogenized.

Why are we so drawn to covers right now, and what do they unearth? I recently became obsessed with the idea of taking covers further; to “cover” another’s look. I was deeply interested in Nina Hagen’s career, spanning over 40 years, and encompassing many phases that are always inherently Nina. Completely punk and completely unique. She is a constant on moodboards, her white face paint and wild red hair daring us to remember her, to look at her, to immortalize her image. But I didn’t want to just be inspired by her, I wanted to become her. 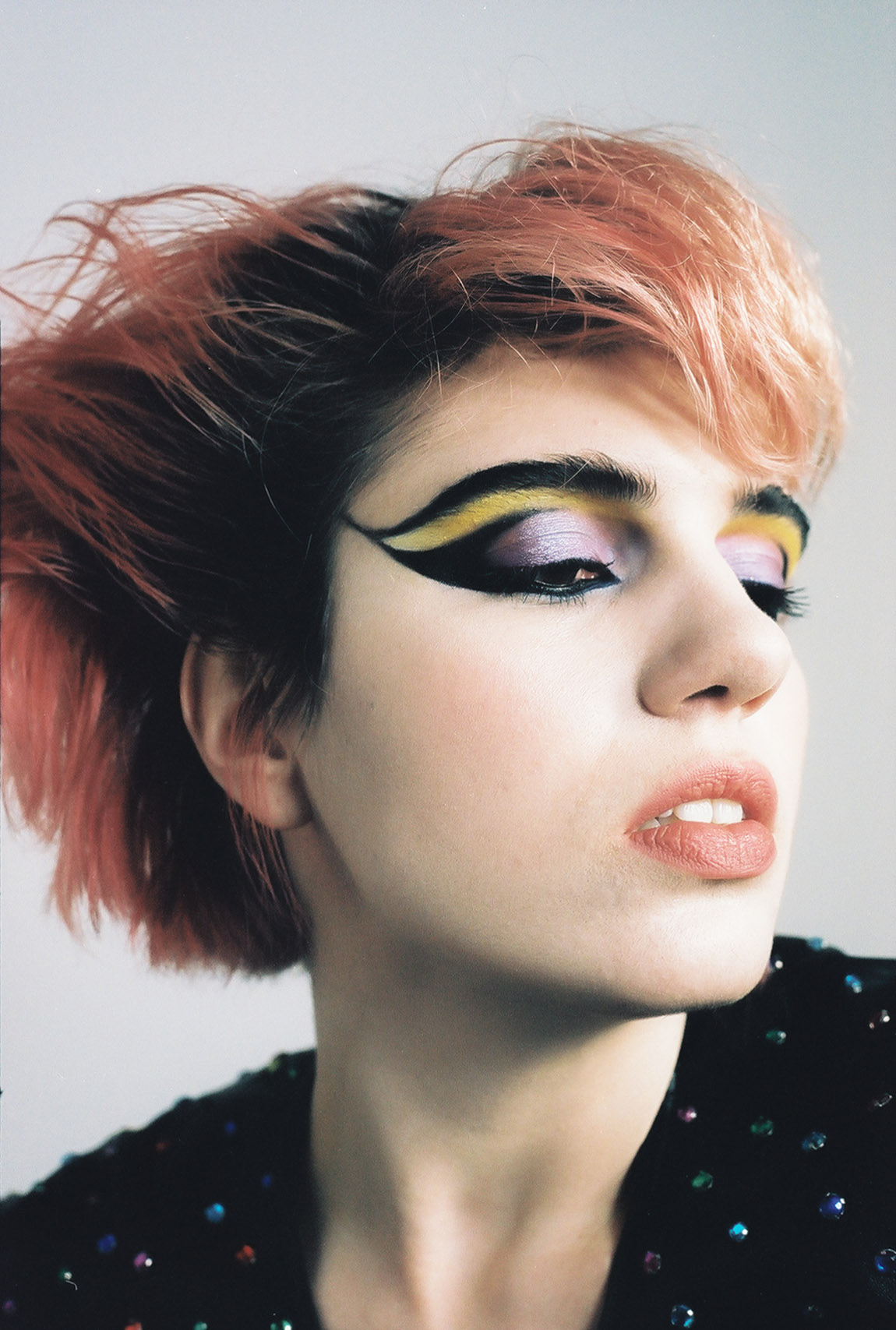 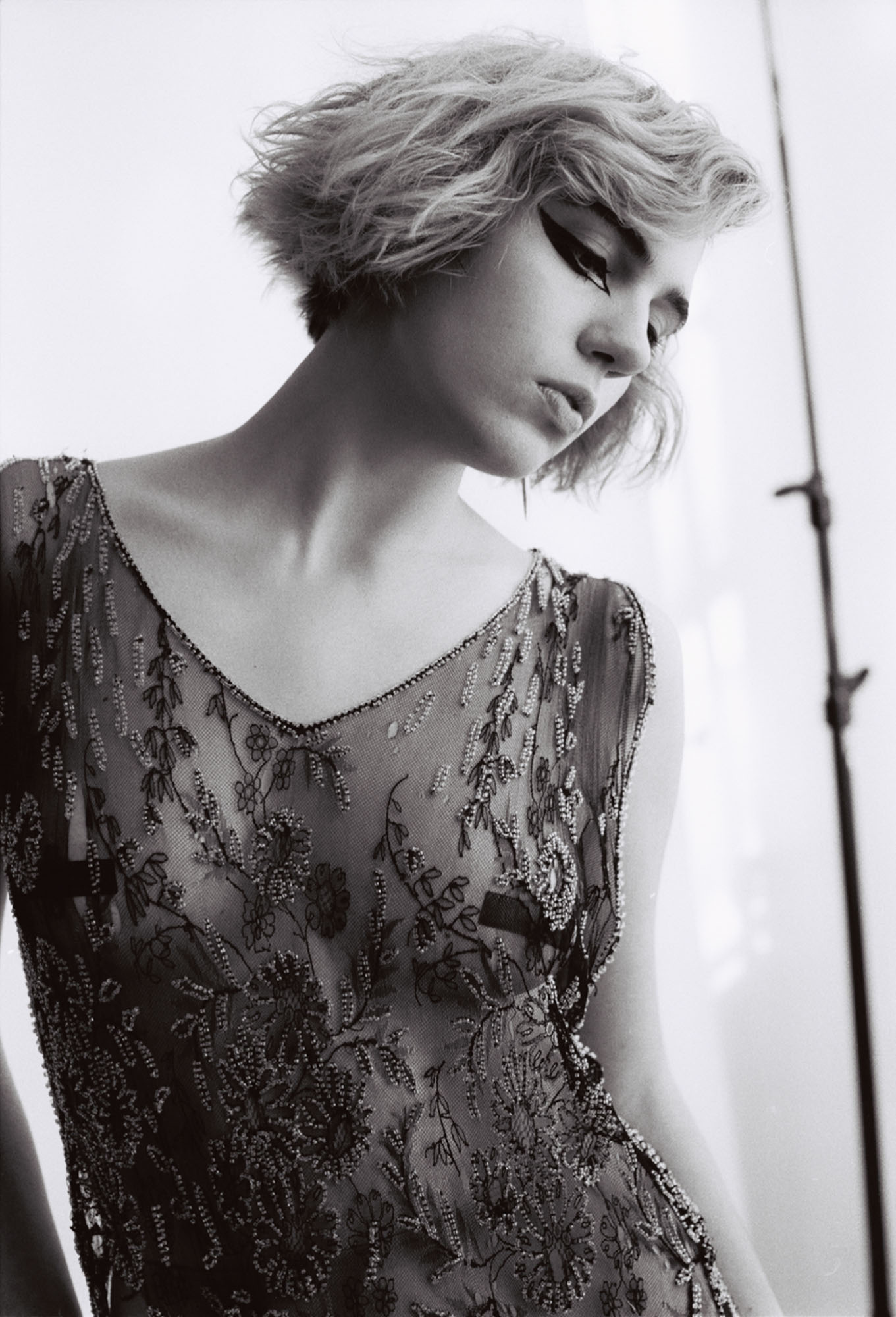 When I spoke to Andrew D’Angelo (the extremely talented makeup artist who brought this idea to life), he agreed it could be a fun and interesting undertaking. He also brought up another point. “I don’t want to just cake up your face and put you in bold colors and jackets,” he said. “No matter what, you’re something else, your own artist, and we should make that clear.” It was an eye-opening moment that just brought up more questions.

Why is it safe to be daring in another’s concept but not in my own skin? What is it about becoming Nina makes me feel safe? Is it that she is rough around the edges? Is it that she pouts a cigarette with such conviction that it instantly melts the fear of parent’s disappointments, or cancer’s grasp? Is it that she screams with abandon, and doesn’t worry about a crooked smile or being too mouthy for anyone? Or maybe is it because we are burned out on perfection? Burned out on endless Facetune and Photoshop, tired of the self-protection, self-preservation. We are the ones who want to scream and rebel.

When I am taking these pictures, I am outside of myself, outside of time, outside of expectation. I am not worried about how my body looks, or about being pretty in a world that does nothing short of demanding just that. I am free, in another’s vision, to be the parts of me that scare me. It reminds me of the way it feels to sing another’s song, to feel the notes that have been loved and sung by countless strangers before they escape your mouth in the way only you can allow them to. Because no matter how far you run, how many layers of makeup you add, how hard you try to make those songs your own, you will always be you. And that is the most beautiful part. 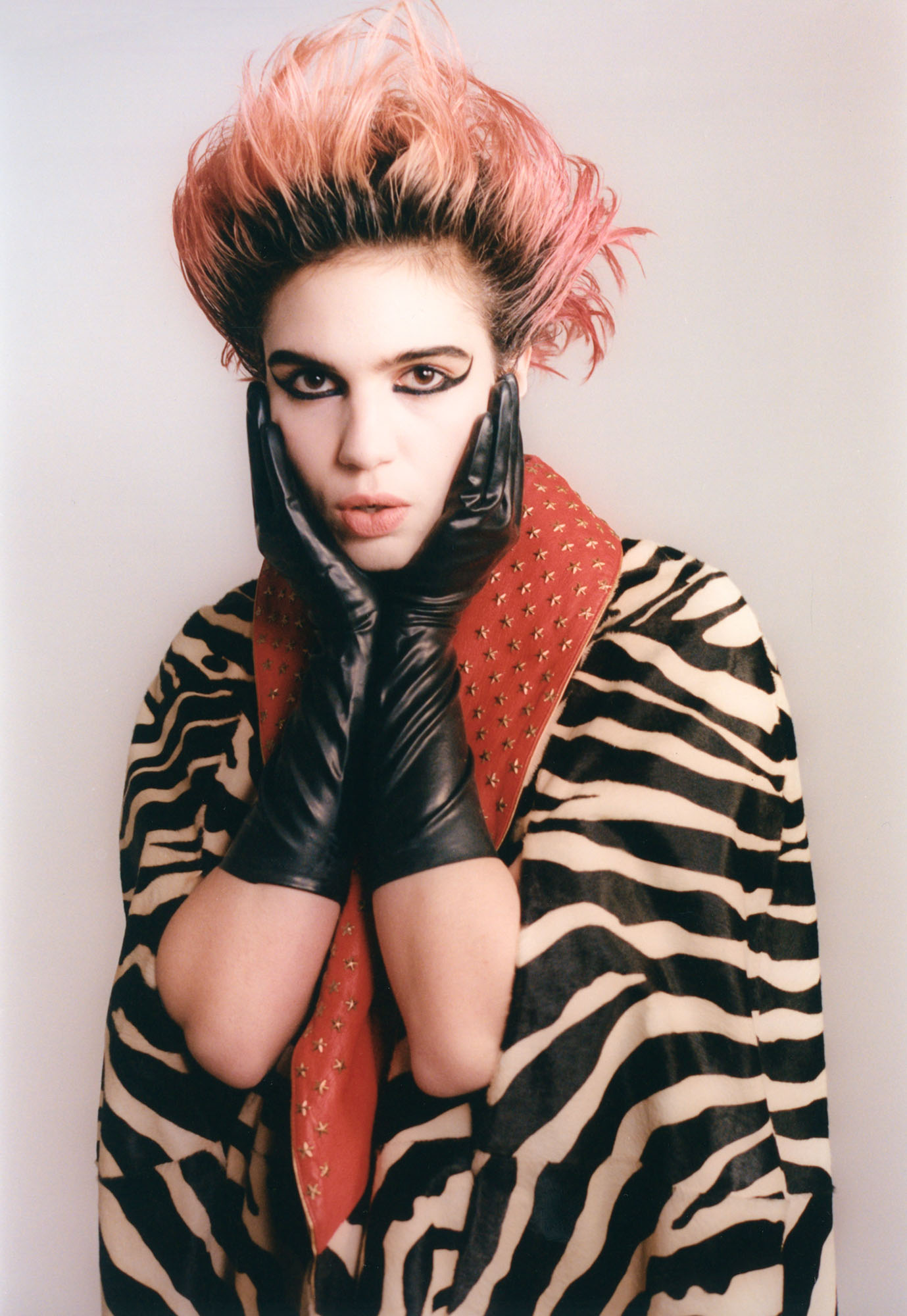 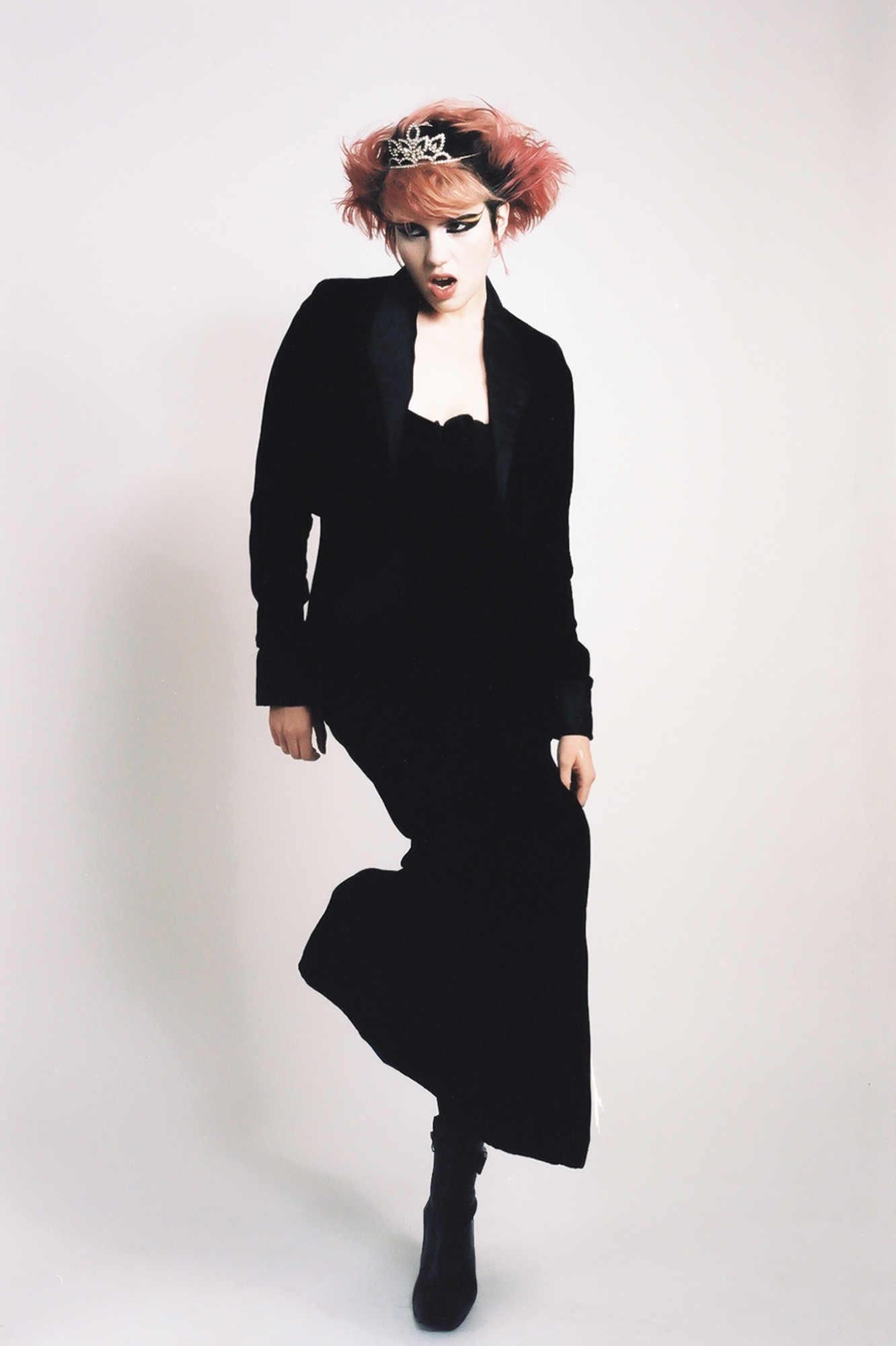 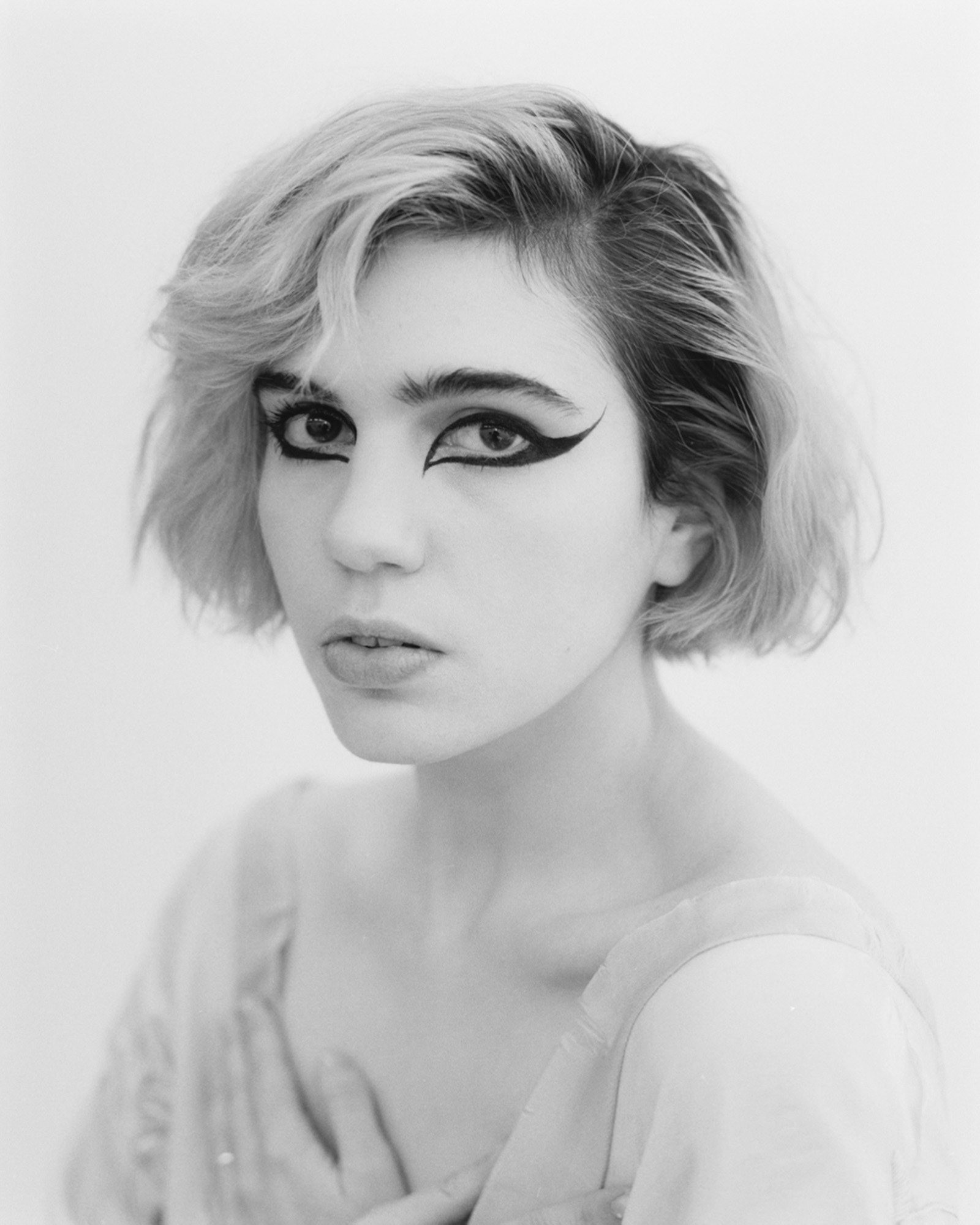