At Prada, parity and continuity is the name of the game. Building on last year’s exuberant men’s collection, the latest womenswear offering follows a similar format—a fashion film full of plush, sunken, furry carpets with electric neon colors, and models strutting from room to room in a sort of fanciful fashion perpetuity.

In a conversation that follows—“dialogue” is a newly emergent focus for a Prada co-helmed by Miuccia Prada and Raf Simons—on the theme of “intersection,” architect Rem Kool Haas noted the camerawork that has guided this season’s men’s and women’s film production, calling it “radical not to see fashion from the front, but disappearing into the distance.” Indeed, Prada has shown extraordinary ambition in its commitment to film production in the age of isolation. Last season’s film was shot in an ornate gold set with hanging cameras and display monitors replacing a space normally peopled with fashion spectators. This season is even more elaborate as models saunter under the viewer’s watchful panoptic gaze. 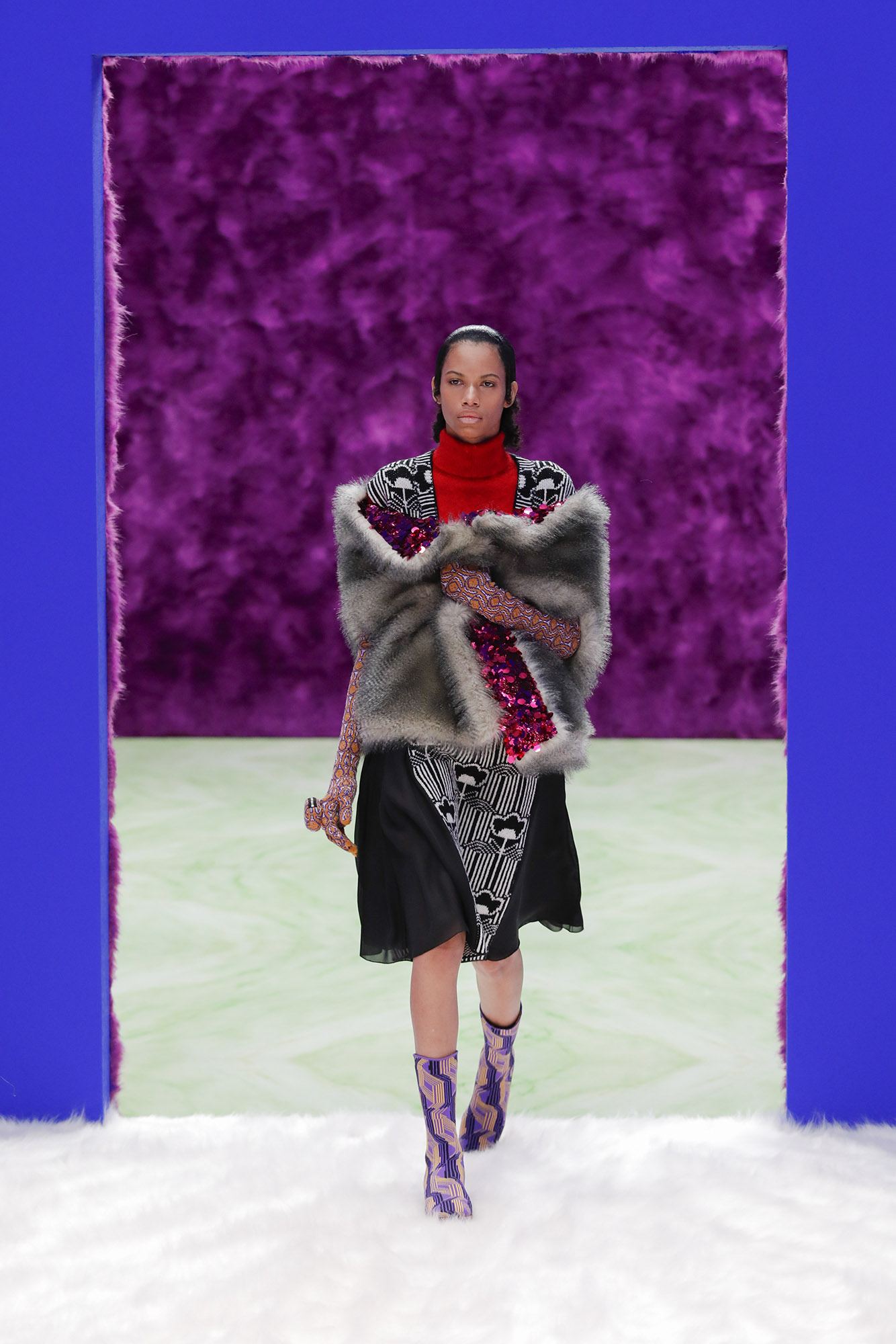 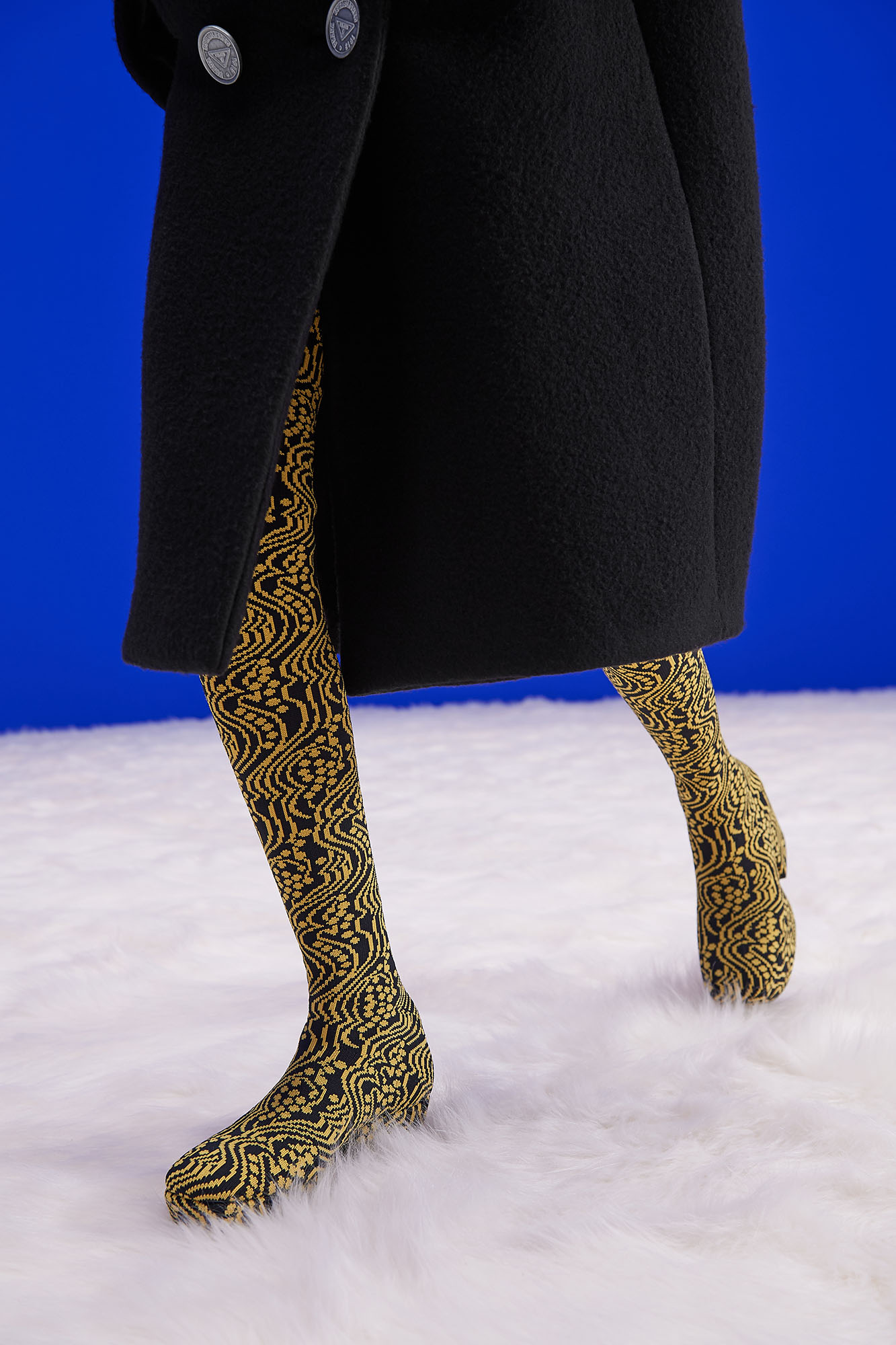 The post-show conversation was rounded out with a host of Prada’s fashion conspirators, including the filmmaker Lee Daniels, the aforementioned Haas, designer Marc Jacobs, and Euphoria actor Hunter Schafer—along with, of course, Mrs. Prada and Mr. Simons—hosted by Derek Blasberg.

The fashion itself builds on the brand’s latest men’s collection with long trench coats and cocoon-like silhouettes, with muted monochrome getups pierced by moments of neon-hued glory—such as electric pink long-sleeves underneath short-sleeve button-ups. 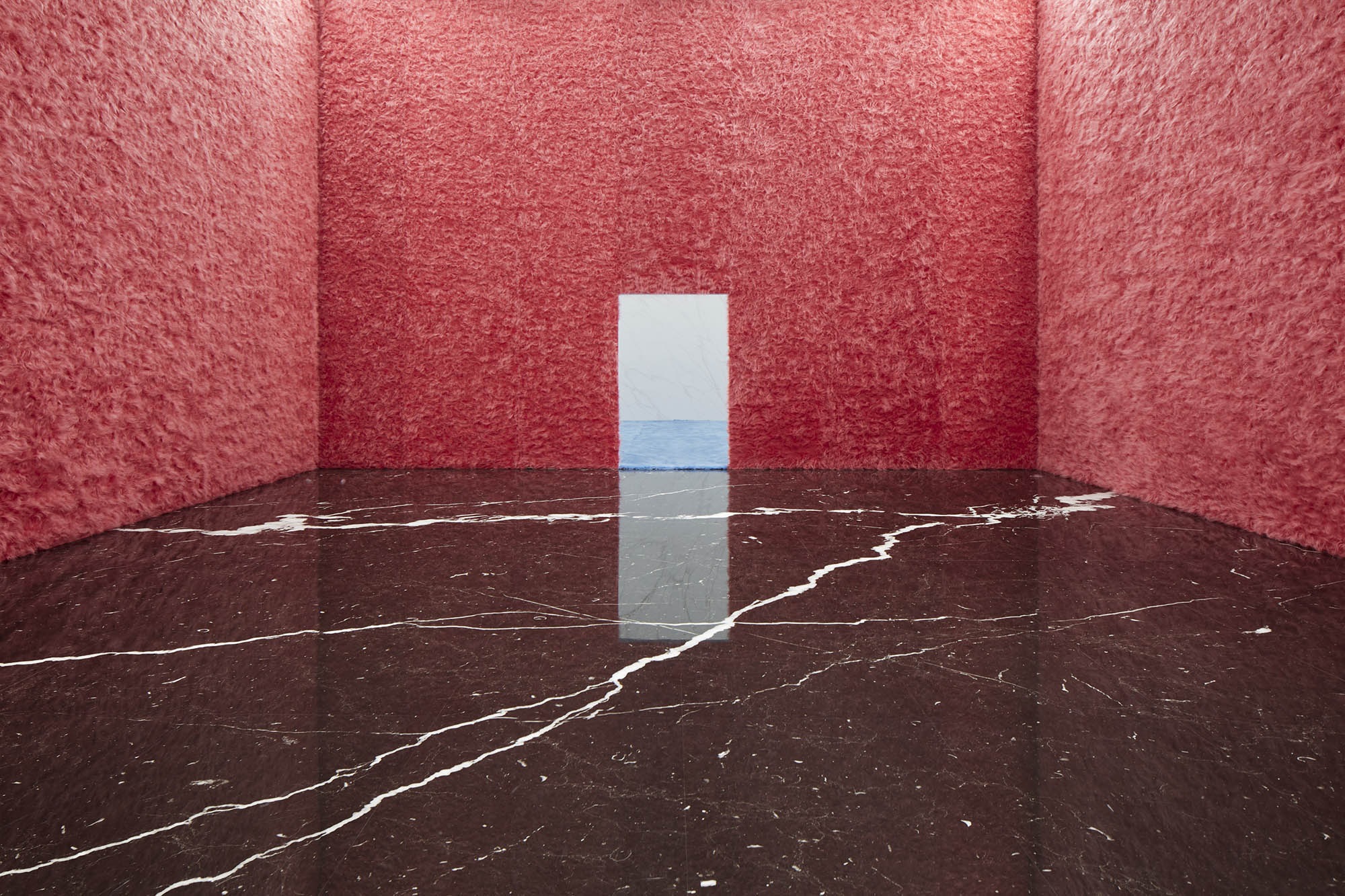 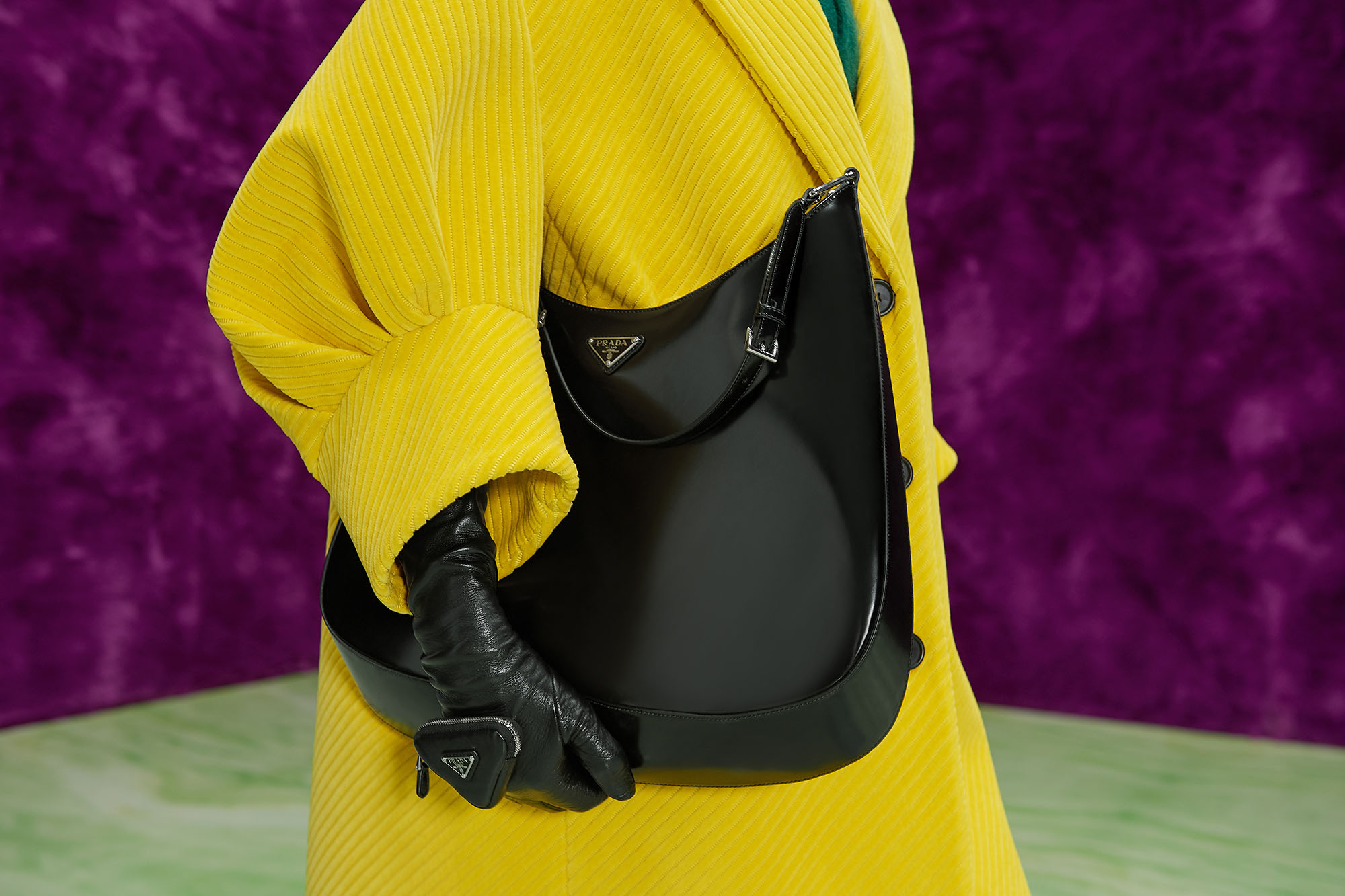 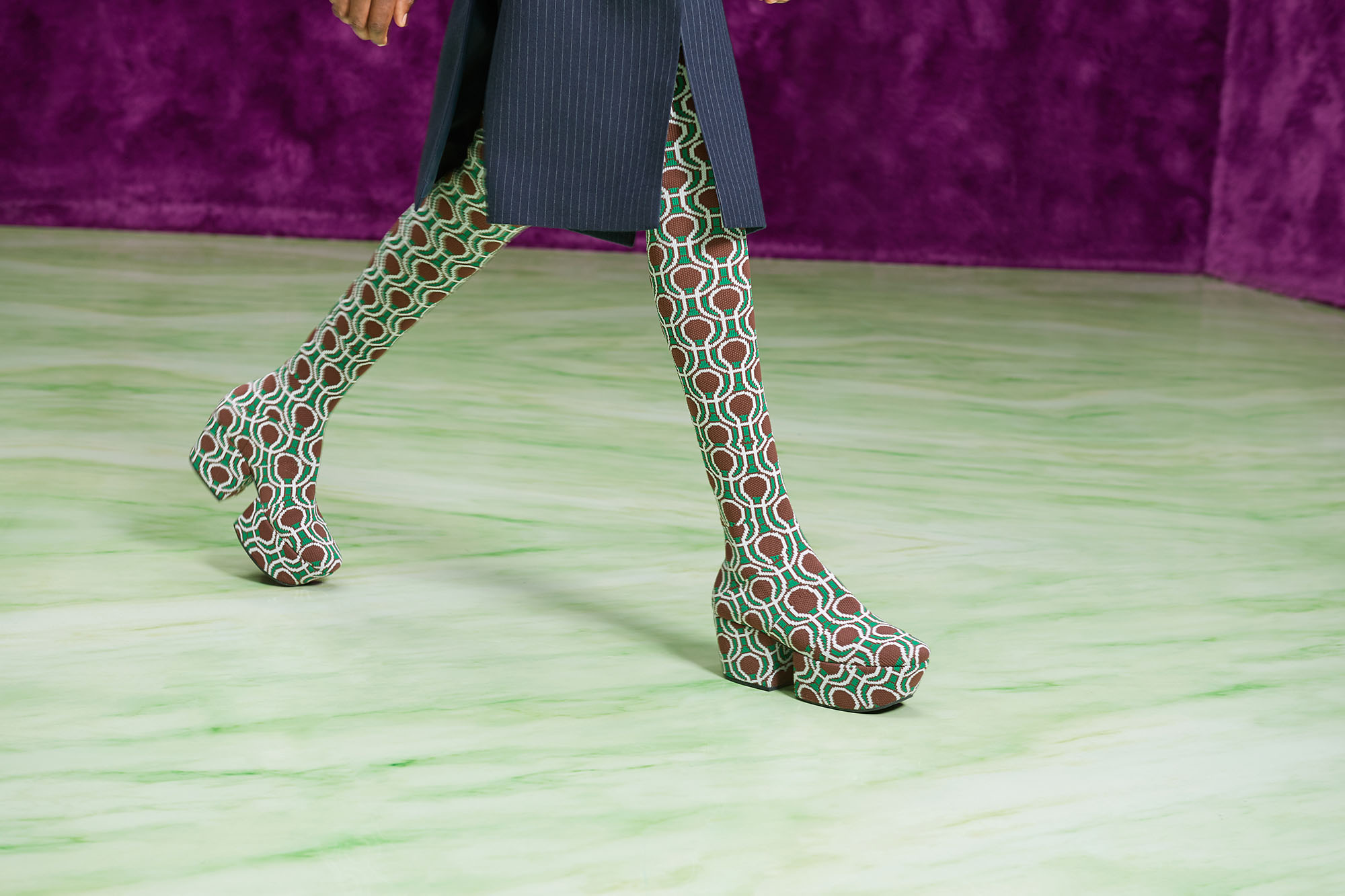 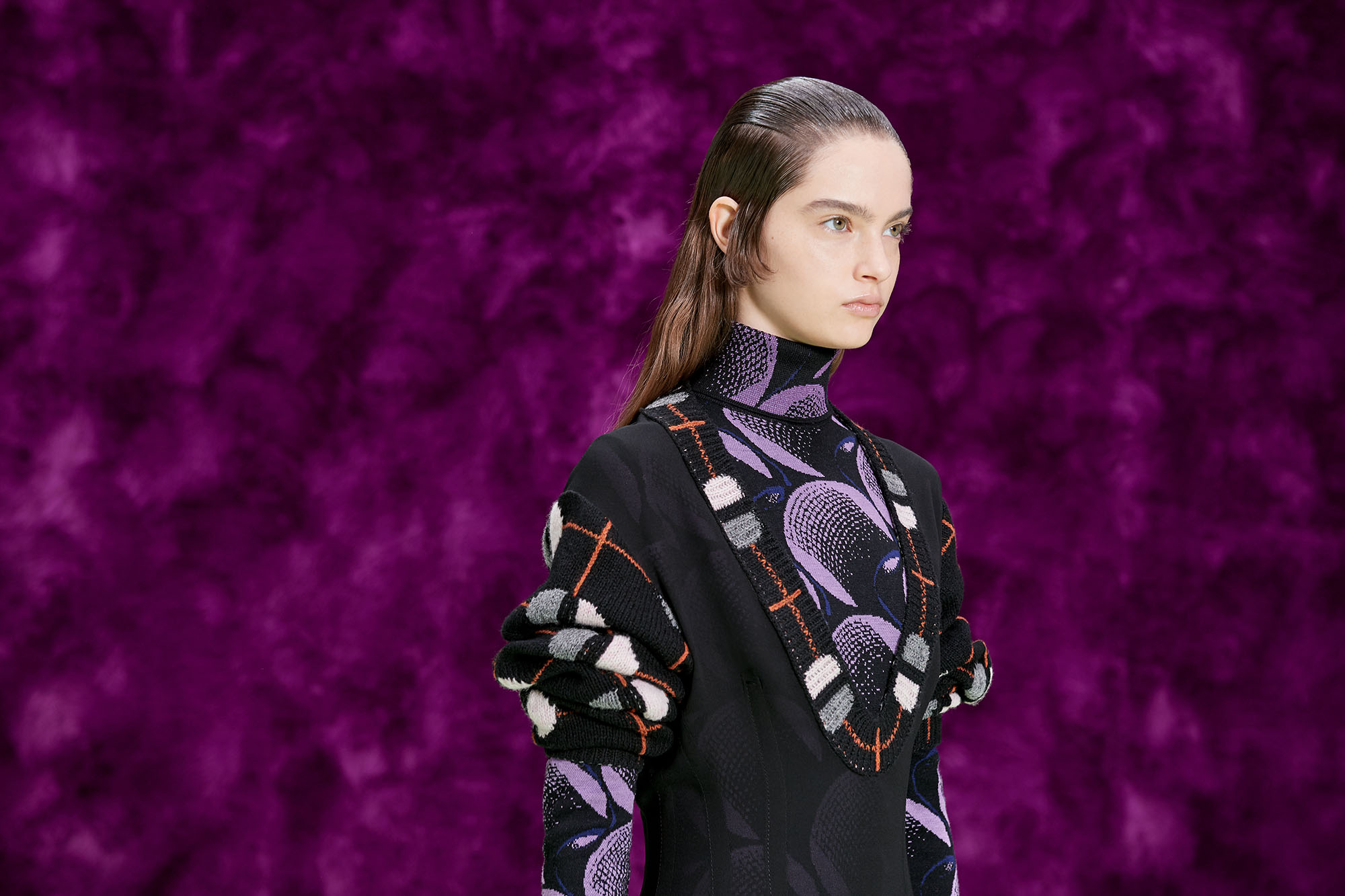 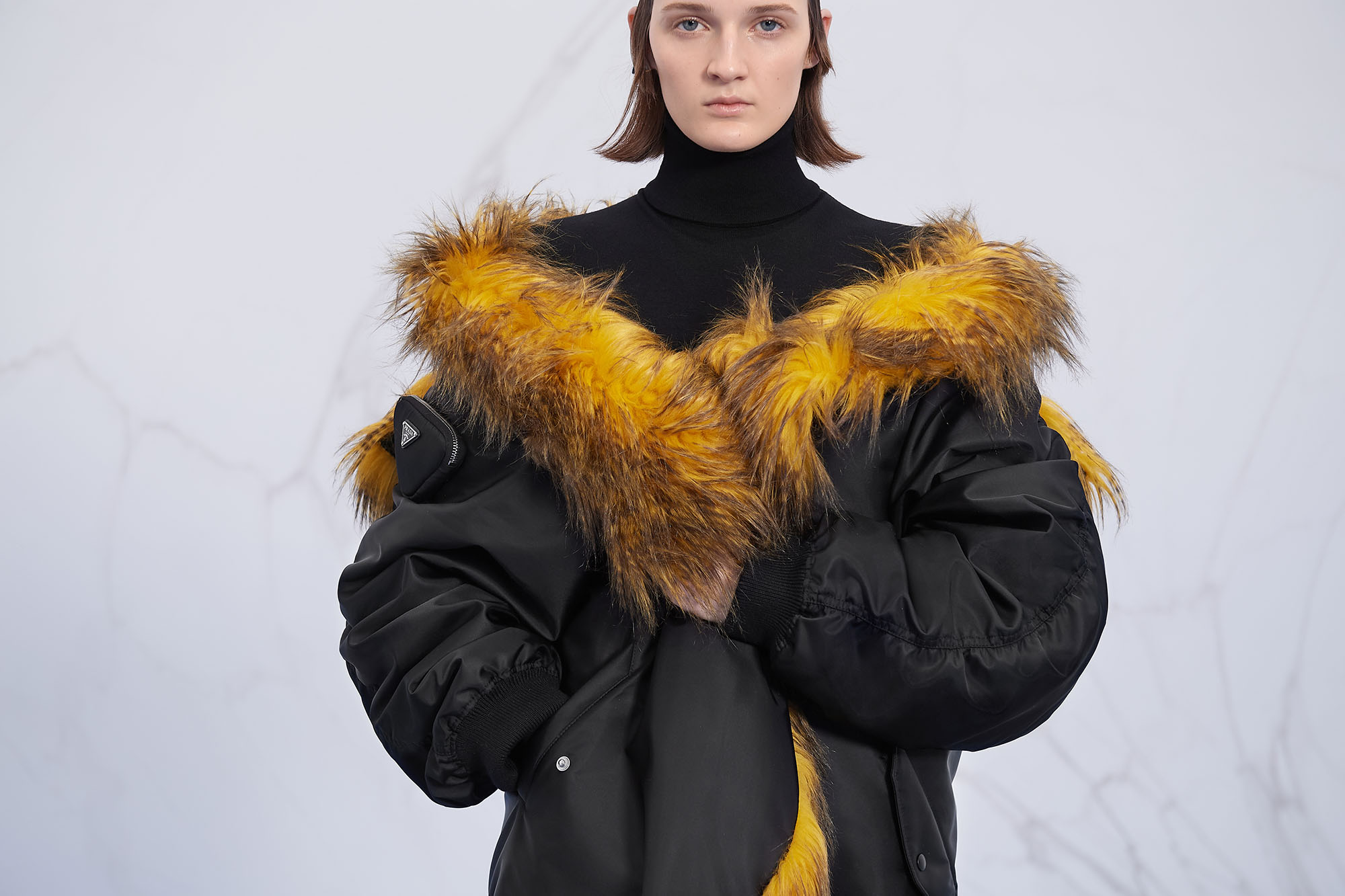 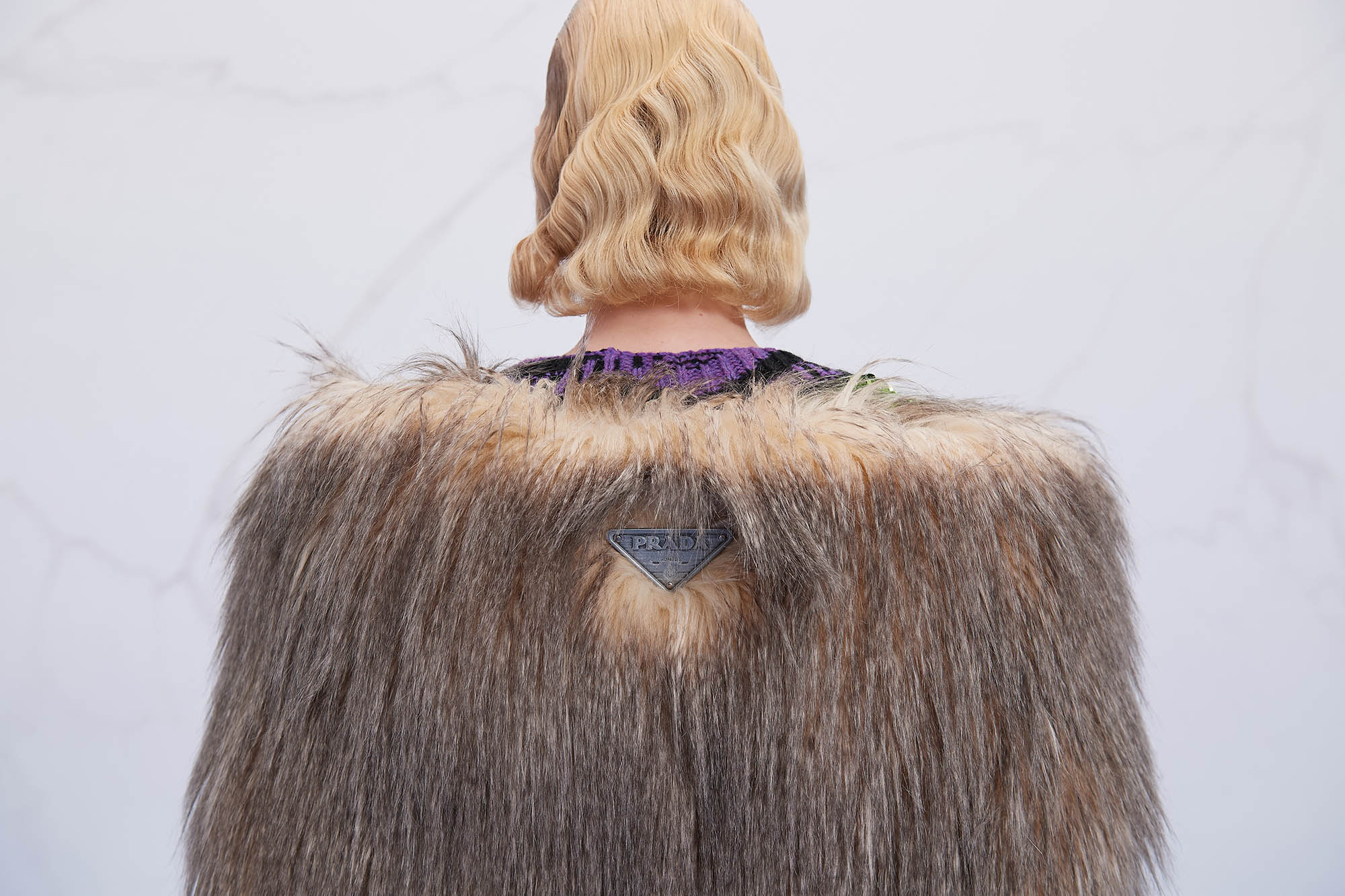