Loewe’s latest menswear collection is a delightful homage to collage

Loewe’s latest menswear collection was presented in the form of a physical lookbook—an imposing one with thick glossy pages and a hardcover featuring the work of legendary queer artist Joe Brainard. Fall/Winter 2021-22’s “show in a book,” a follow-up to SS21’s “show in a box,” was designed by Creative Director Jonathan Anderson not only as a COVID-safe device to debut this season’s menswear offerings, but also as a retrospective of Brainard’s work with full pages dedicated to the paintings, drawings, and collages of the multidisciplinary artist. 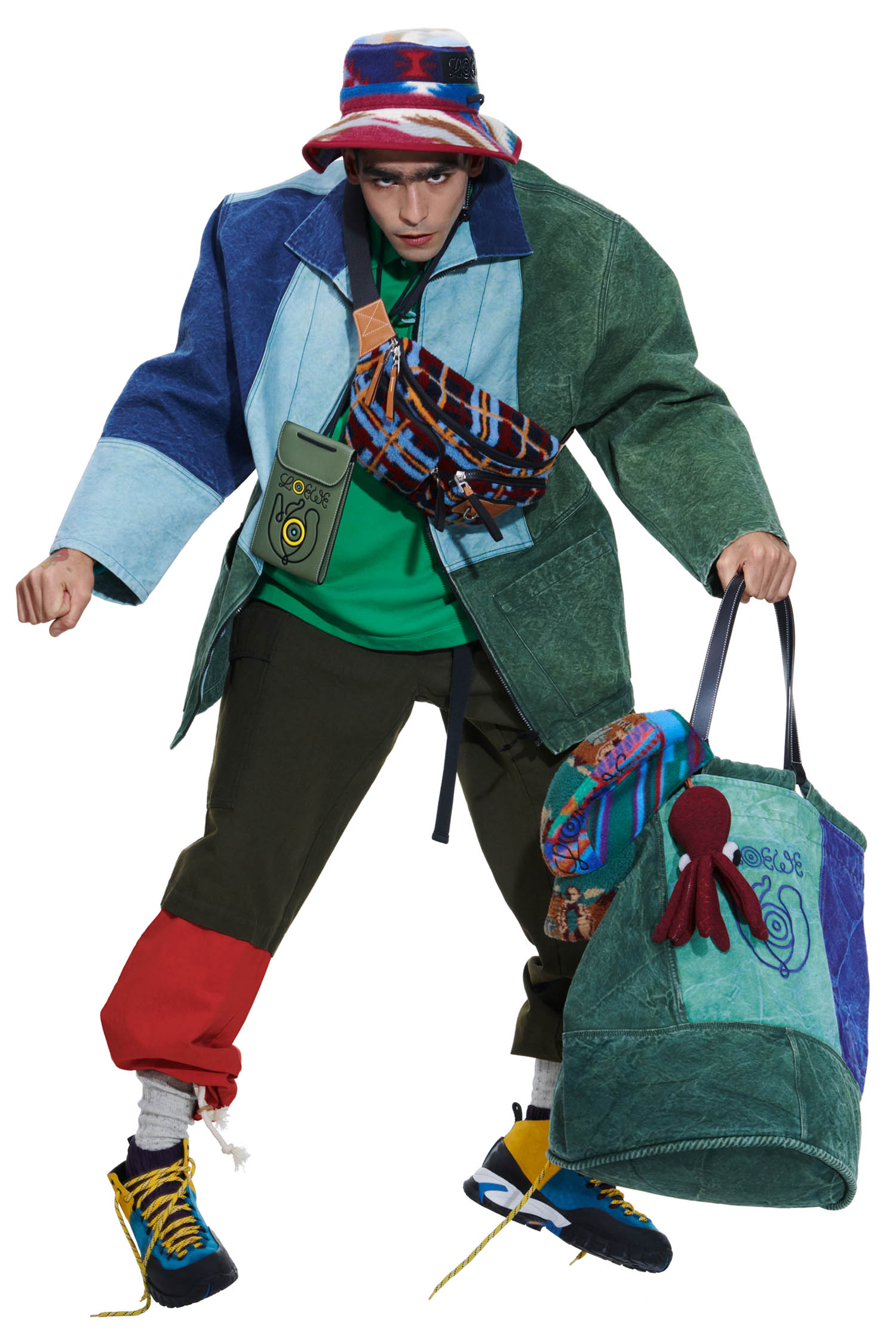 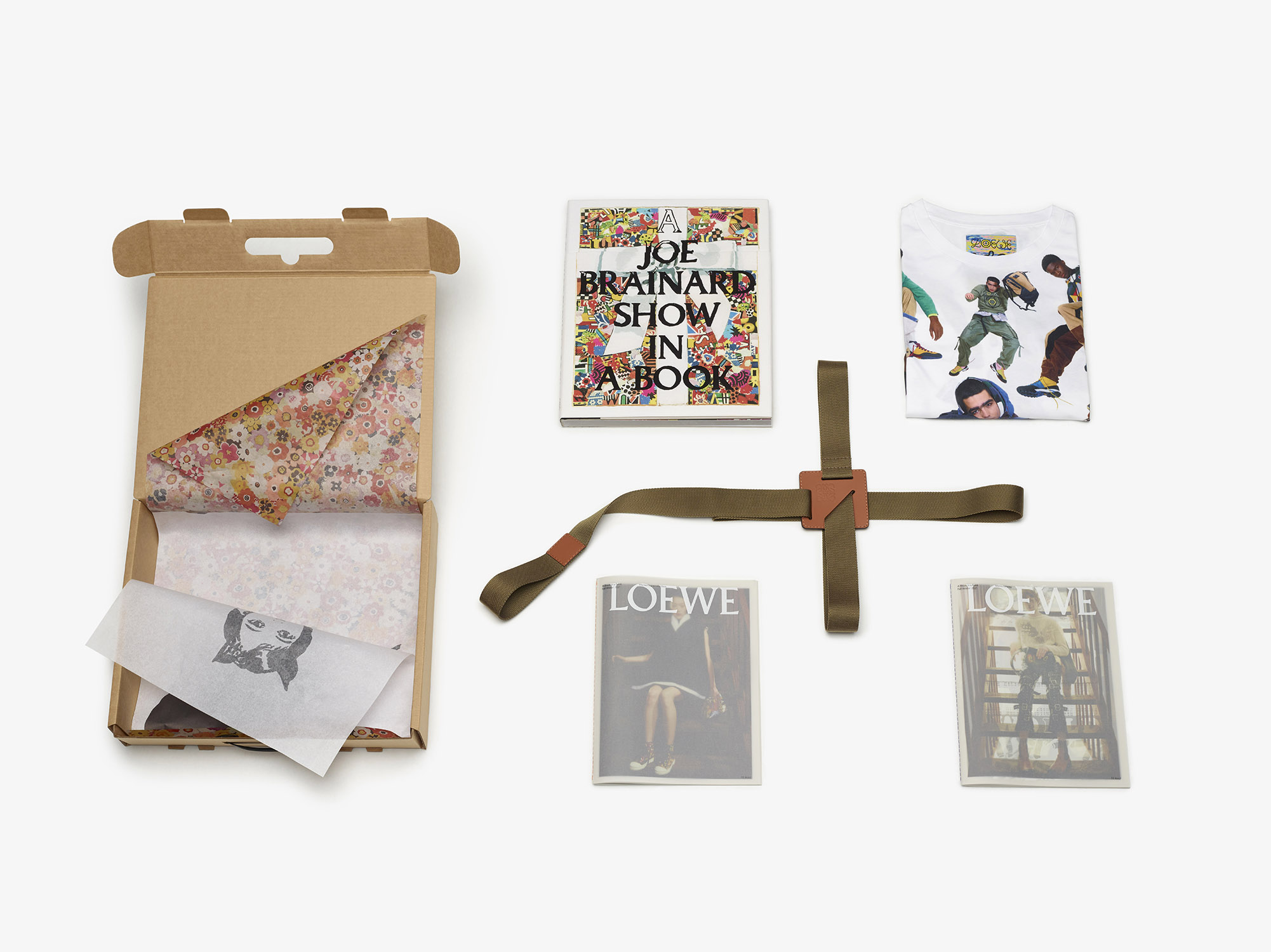 In fact, the whole collection is a tribute to Brainard—both his visual art and the mindset behind his practice. The collection’s most obvious motif was the pansy, taken from Brainard’s 1967 Pansies collage, recurring in nearly every type of garment included in the lookbook. The pansies featured prominently as scaled-up tessellations covering a variety of oversized knits. Anderson took care to allow Brainard’s work room to speak for itself—cutting pansy-adorned trousers into a triangular tent shape so that, when held out, the fabric forms rectangular panels that clearly display the graphics. The same treatment was applied to this season’s accessories—bags were approached as wearable canvasses to showcase Brainard’s prints. 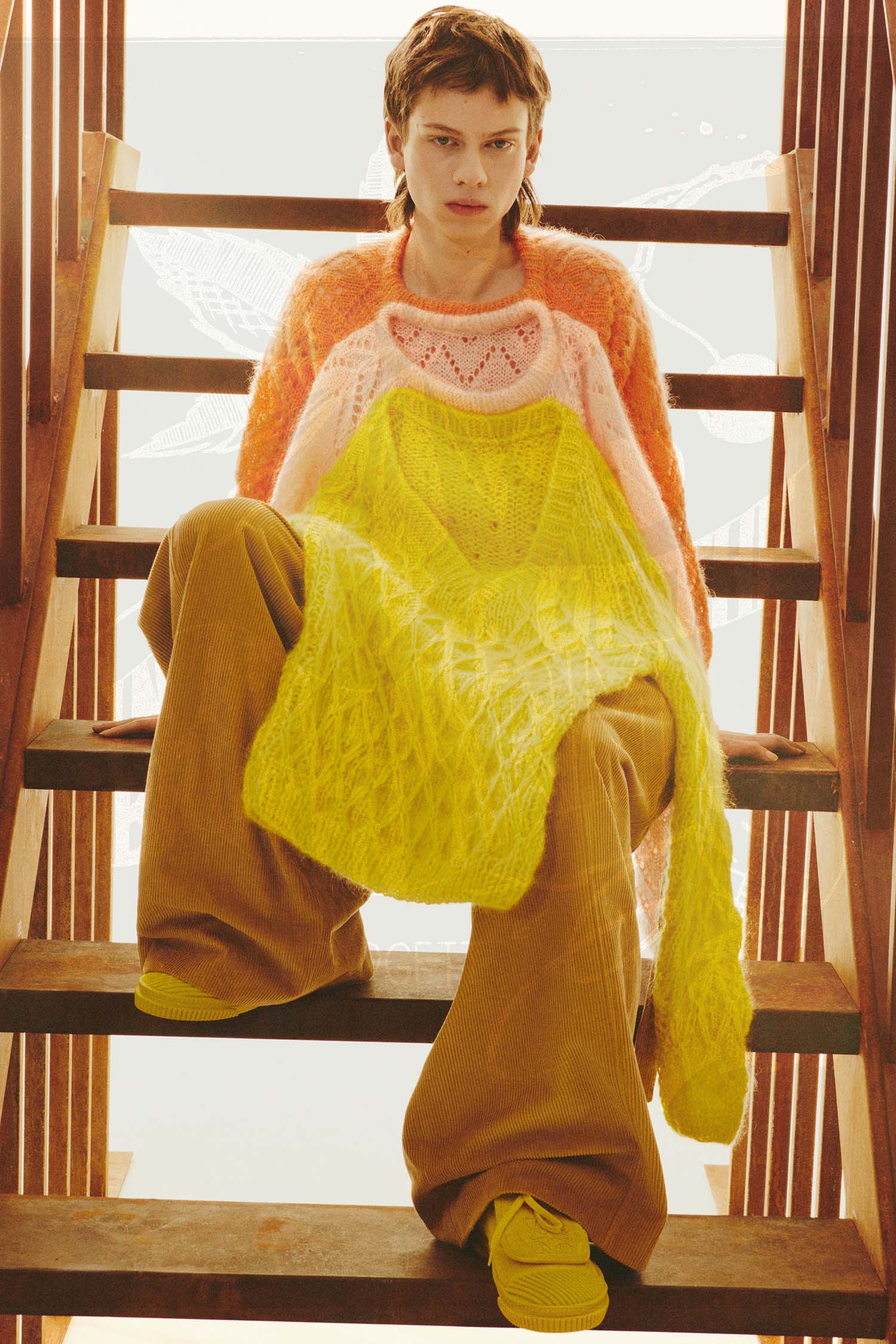 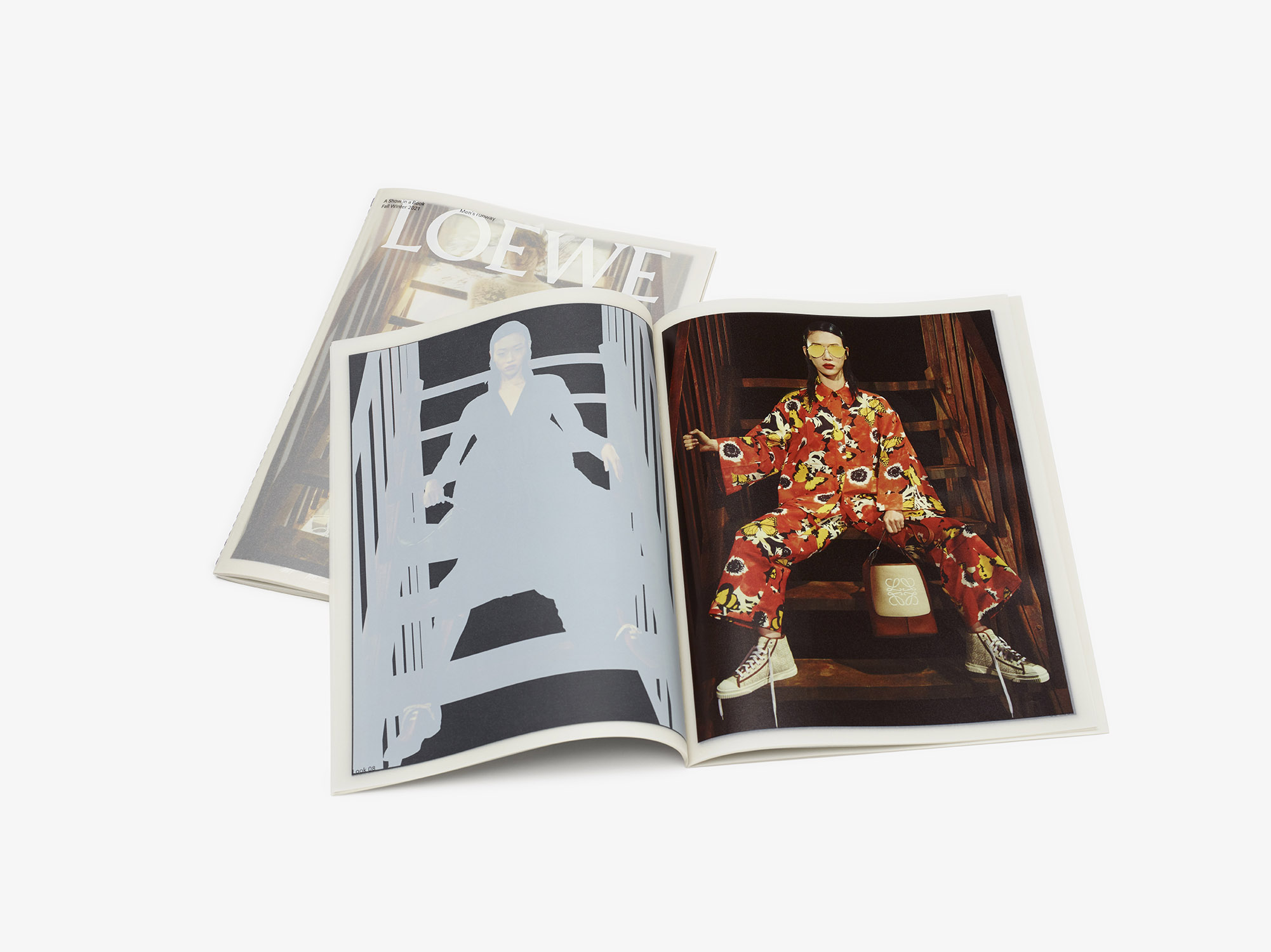 Anderson also echoed Brainard’s essential medium and method, collage, in the making of the collection. “Each garment is a collage,” Anderson said in his walkthrough of the show “therefore the look becomes a collage of collages.” Key pieces were constructed with Brainard’s tendency for repetition in mind—mohair sweaters were built like frosted layer cakes, with three individual sweater-tiers stitched atop each other. The idea of collage was also essential to the overall visual theme of the show, which brought together signifiers distinct to iconic subcultures throughout the decades. A hippie-ish shearling coat was paired with super wide-legged jeans in the style of ’90s phat pants. In another look, bondage-inspired stovepipe trousers met stacked retro-raver wallabees and a classic khaki peacoat. Beyond Brainard’s influence, Anderson’s fluid placement of visual identifiers articulates the mix-and-match ethos of subcultural style in our hyper-digital world.