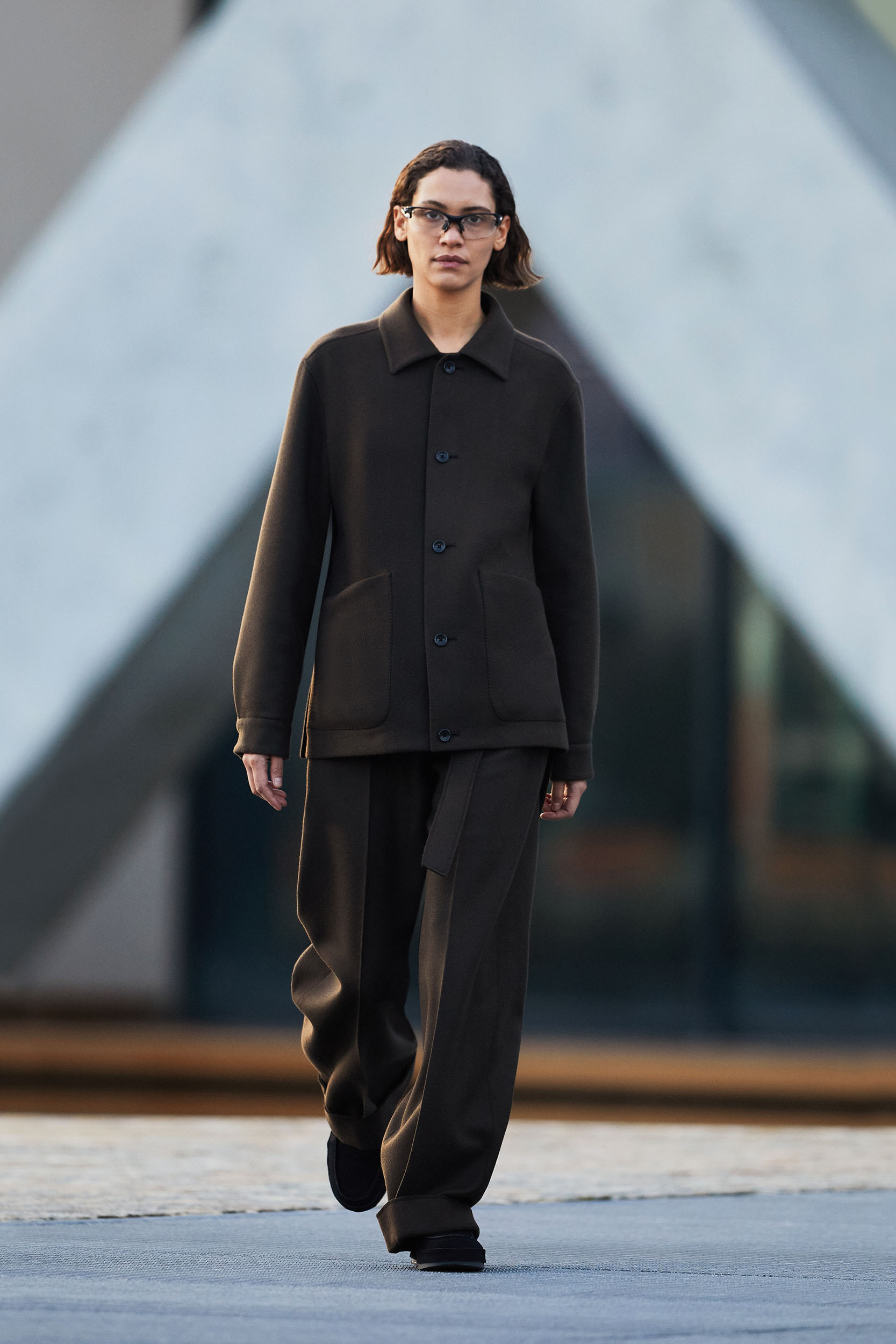 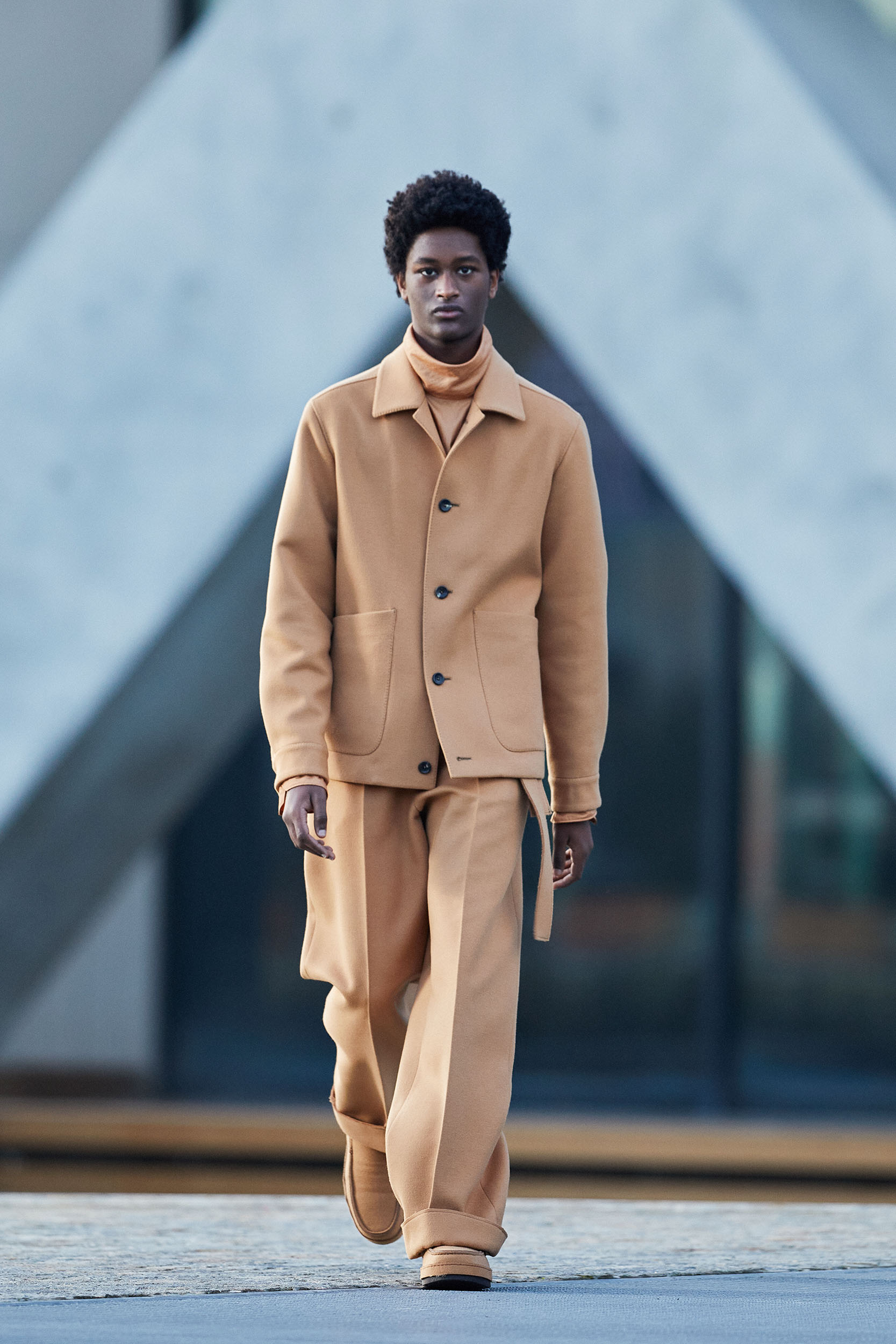 The Italian fashion house’s latest collection arrives digitally in video format—many brands are opting to show this way in the socially-distant age—in which modernist architectural perfection cascades graphically unto itself with Christopher Nolan-like cinematic edge. Emerging from the glassy skyscrapers and angular street walkways (the film was shot principally on the brand’s sprawling campus), models saunter through urban mazes unperturbed by overhead surveillance cameras or even the confines of our current condition.

Branded as The (Re)set, the latest collection blends Zegna’s heritage of tailoring and fine material with a steadfast attitude in a precarious world. For Sartori, clothing is no longer about compartmentalizing identity—“In the collection shapes are fluid, comfortable, and adaptable. The coziness of jersey and cashmere garments reshape the very idea of formality as the collection pieces get new and unreleased functions,” Sartori says. The new sartorial direction balances luxury with loungewear (“Chore coats in cashmere” are “wrapped as a robe” reads the brand’s accompanying show statement).

“We all are experiencing a new reality that is concerned with new needs. This led us to a previously unseen form of lifestyle and attitudes.” Sartori commented., “At Zegna, we translated the change with the word (Re)set to (Re)tailor the modern man.”

The video is impressive in its ambition and production. “I decided to present the collection in the form of a fashion film, with a real script that we wrote starting from the collection: a visual narrative full of wonders from one situation to the other,” Sartori continues. “Shot in Milan, in internal and external set, the film follows a seamless pace, where indoor and outdoor collide, like our life today.” 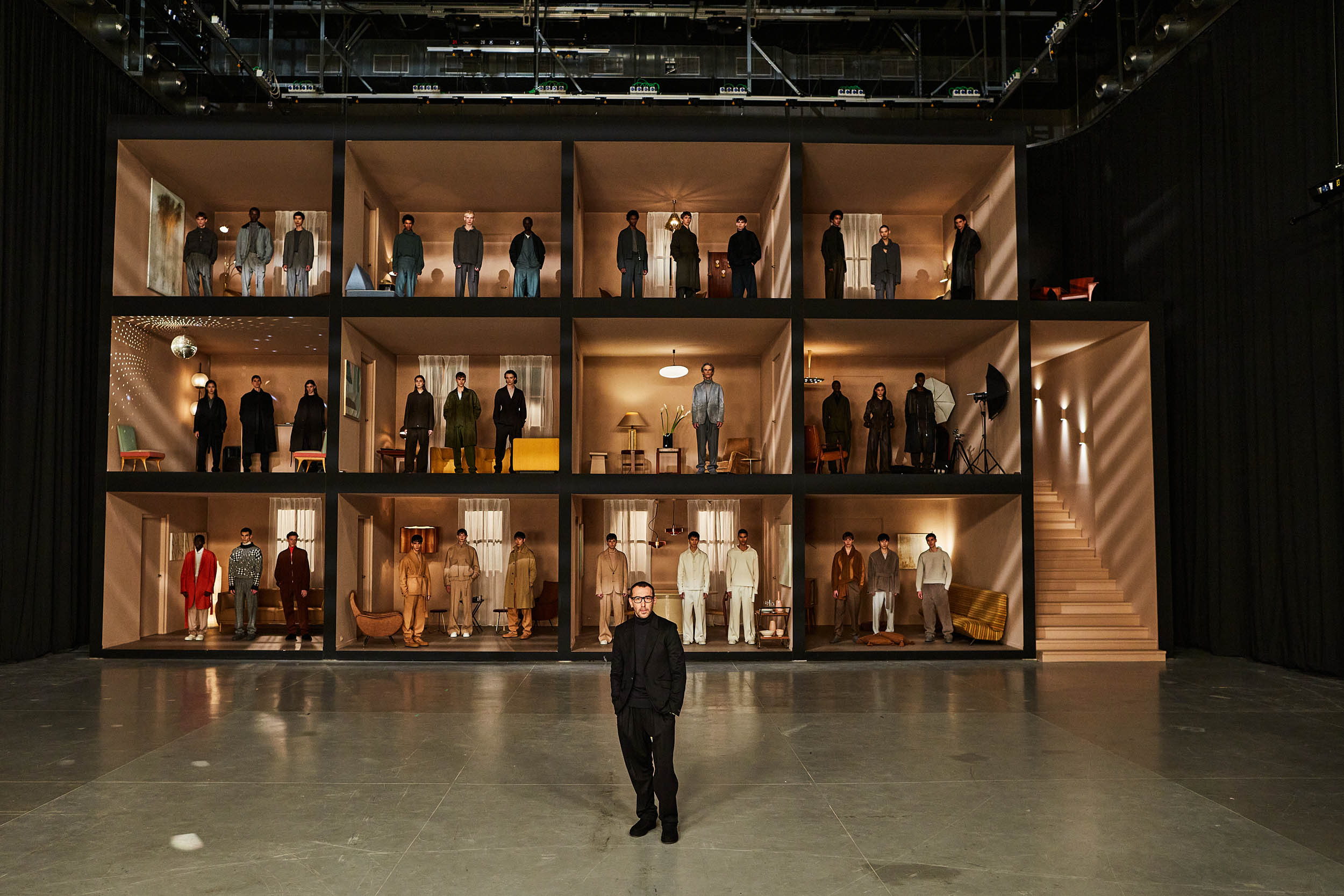 In one scene, a lithe model breaks the fourth wall, only to brandish and don a pair of sporty sunglasses just as he prepares to meet the viewer’s gaze. Thus, a further entanglement of the public and the private is woven into Zegna’s new philosophical fabric: the fashion is built for both comfort and protection. As the model passes through a series of rooms—a living room, a discotheque, a dimly-lit space with a commodious couch into which a model plops down to read the Zegna Daily—it becomes apparent they are all connected in a massive dollhouse-like set. The lights dim, revealing one room in which Sartori himself is slumped into a loveseat reading the brand’s eponymous newspaper. When the lights return, the models having left their various habitats—clad in their earth tone shawls and robes—organize in concert, opening the Zegna Daily, to reveal the paper’s headline, which reads: The (Re)set.

Maybe they’re reading about the outside world.