Ermenegildo Zegna’s artistic director—who can trace his heritage to the region responsible for the existence of luxury menswear—discusses the brand's newfound approach to sustainable innovation for Document's SS 2018 issue.

Since the Middle Ages, the commune of Trivero in the Italian province of Biella has been famed for the abundance and caliber of its crystalline mountain waters—perfect for working the natural fibers without which elite menswear as we know it could not exist. These days, Alessandro Sartori is the artistic director of the Ermenegildo Zegna Group, the luxury powerhouse whose values have literally shaped the region. Sartori grew up in Trivero before leaving to study in Milan and, eventually, taking over the role of artistic director at the sporty brand Z Zegna in 2003. After a five-year stint at the luxury goods label Berluti, during which he helped to reinvigorate the brand, he’s back under the Zegna name, where he’s the master of all that he surveys. Speaking with writer Mark Smith, Alessandro discusses how Oasi Zegna, the ecological reserve established by Ermenegildo Zegna in the 1930s, has informed his own newfound zeal for sustainable innovation.

Mark Smith—Your second name seems like such a gift for someone looking to conquer the world of clothing, Alessandro. Do you believe in nominative determinism, the theory that our names can influence our choice of career?

Alessandro Sartori—It looks like a joke, doesn’t it? My mother was a tailor, so it wasn’t entirely unpredictable that I would enter the profession. Also, tailoring was part of what you might call my broader context because a lot of family friends were in the business and I was always exposed to it. But the meaning of the name never occurred to me until after I’d decided that it was going to be my life. That was around the age of 15.

Alessandro—Well, Trivero, the region I’m from, is an environment devoted to one industry, to one company, and the whole area is suffused with a very high level of understanding when it comes to tailoring.

Mark—And that company you’re referring to is Zegna, of course. How did it come to dominate the area to this extent?

Alessandro—The founder, Ermenegildo Zegna, started what we now call the Oasi more than 100 years ago out of his desire to create a better environment for the people who were moving to the region to work for him. He founded a school, a small hospital, a gym, a swimming pool, apartments, and homes, all along a 34-kilometer street that leads up the mountain and down the other side. At the same time, this made it possible for people to really visit the mountain and enjoy it, so now there are little hotels and restaurants including a trattoria. Just a couple of weeks ago we had the company ski championships. It’s a beautiful place, a resort on a reserve.

Mark—Tell me your favorite dinner party fact about the Oasi. 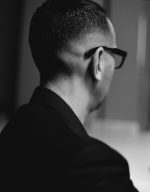 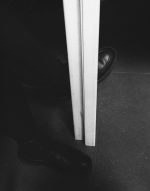 Alessandro—There’s the fact that a tree is planted at the Oasi each time a Zegna employee from around the world has a child. The forest is growing fast these days because today we have more than 7,000 employees.

Mark—If I buy a suit from you, how many of those people would have contributed to its manufacture?

Alessandro—With a prêt-à-porter jacket, you might talk in terms of 500 hands. For the made-to-measure equivalent, it’s more than three times the number of hours, but each of those hours are contributed to by a very limited number of hands. The master tailor takes your measurements, then only two or three tailors will take care of your individual suit. We want our bespoke service to represent an extreme of craftsmanship. That’s the meaning of the company for me. If you lose a tailor, you’re not just losing one employee, you’re losing 30 or 40 years of work and experience. If you retain that person, he or she can transfer a lifetime’s expertise and talent onto a new generation. In protecting our craft in this way, we’re very much thinking about tomorrow.

Mark—Do you remember the first time you went to the Zegna archive at the Oasi?

Alessandro—Yes, because it is a very inspiring and interesting place. One summer in the middle of my high school studies, I spent every afternoon there looking for antique fabrics, taking photographs for the designers I was working for at the time. It never felt like a museum because you were encouraged to touch everything. It was a place to get inspiration from open-minded people.

Mark—Did you feel close to the natural world in your formative years?

Alessandro—Oh, yes, of course. The feeling of being in nature was part of my everyday life, it wasn’t just a question of a landscape or a backdrop. When you live in a place where you can cycle or walk around very easily, as opposed to traveling everywhere by car, you have a completely different experience. It’s more vivid. Your point of view is more immersive. That’s exactly what we felt every day as little kids because we were always walking or running or cycling somewhere.

Mark—What have other members of your family gone on to do?

Alessandro—My brother lives and works in San Francisco, writing software. He’s been there for 20 years or more.

Alessandro—Yes, he’s been right in the middle of that. Nowadays, he’s mostly interested in the safety and security of information, data, and intellectual property. It’s a completely different world from mine but at the same time, it’s connected to what I do.

“I automatically know the weight, the composition, and the weave that’s required. Having that specificity helps the aesthetic side of things a great deal.”

Mark—You certainly seem to have a technologist’s precision. I saw footage of you talking about the exact weight of the garments in the Ermenegildo Zegna collection for Spring 2018. You seemed delighted to have produced a jacket that weighs under 200 grams.

Mark—There’s a new generation of designers who don’t possess that kind of technical know-how.
Do you despair for them, or do you think there’s room for everybody?

Alessandro—I can’t speak for anybody else, but studying textile engineering has given me skills that help me daily when it comes to constructing garments. If I need a specific effect or fabric to achieve a certain result, then I automatically know the weight, the composition, and the weave that’s required. I can say, ‘I want this cotton, I want this sheen, I want a cotton-poplin, I want a wool-twill with this particular weight or that type of yarn because I want to create this particular look.’ Having that specificity helps the aesthetic side of things a great deal.

Mark—Do you think having that technical knowledge frees you up to be more creative?

Alessandro—Absolutely. I don’t have to waste energy wondering why things aren’t working.

Mark—How do you use the time that you save?

Alessandro—By doing more! I can do two or three tests for a prototype within a range and know that both will result in products which are both valid, but subtly different. Maybe one will have more grading, and one less. One might have a sharper shoulder, another might have a softer shoulder. But they’ll both have the same detail, lining, and fabric.

Mark—What does today have in store for you?

Alessandro—I’m in a very good mood because it’s time to start working on the new collection. We have lots of suppliers coming in, and there will be a lot of meetings and fittings. Plus, we’re ready to shoot the catalog for the Fall/Winter 2018 collection, so we will be traveling around Italy for the next four days. That collection is grounded in research that I did with my friend Thomas Flechtner.

Mark—He’s a Swiss artist, isn’t he?

Alessandro—Yes. He has published several interesting books on the manipulation of the natural landscape. The one I was particularly attracted to is titled Snow. Footprints in fresh snow are the basis of the collection. We have been conducting lots of natural research in the Alps in the north of Italy, and that’s where many of the colors and ideas have come from. We became particularly interested in fresh footprints left by the birds and animals there, and also by the leaves.

Mark—There’s something supernatural about Flechtner’s images, isn’t there? Even though they’re not manipulated, they seem to invite us to look at nature in a completely fresh way.

Alessandro—Yes, I like this idea of the fresh approach to nature. It’s that approach which led to the creation of the Oasi Cashmere. The idea was to produce yarns and fabrics using only natural colors and without any chemicals. It took a year of work, but this season we’ve achieved our best natural colors, including black, yellow, bright-blue, and purple. It’s a full rainbow of colors achieved using only natural leaves, herbs, and flowers.

“It’s my hope that more and more natural technologies will be available soon. We’re just at the beginning of what’s turning out to be a fantastic process. I like it. I like it a lot.”

Mark—Can you give me an example?

Alessandro—We’ve used the crocus flower for violet, for example. But this isn’t about one single item. It’s a new way of thinking that informs our whole way of working. Little by little, we have been using less water for the dyeing process. The Zegna group has a longtime history with New Zealand and Australian farms. A year and a half ago, we opened our own farm around 40 minutes from Adelaide, with sheep that are fed only with organic food.

Alessandro—Then there’s the goats, which are only sheared at the exact time of year that’s dictated by nature. Then we dye their wool using flowers, creating a final fabric which is totally chemical free. A few years ago it would have been unthinkable to achieve a totally sustainable process for the production of cashmere.

Mark—Do you think it’s too idealistic to suppose that this kind of best practice, the sorts of technologies that you’ve just described, will filter down to the mass market, which is presumably where they can have the biggest impact?

Alessandro—Of course, there are certain technical limits. For example, to dip-dye a kilo of cashmere with entirely natural substances is much more expensive than using chemicals. But this is just the starting point. For example, we’re working with a textile mill owned by the group that is applying environmental principles to the production of synthetic fibers that are totally recycled and totally recyclable—a 360-degree process. We are also working on a generation of technical fabrics, including a technical polyester that’s made entirely from plastic bottles, with zero percent loss in the process.

Alessandro—The more people are familiar with these techniques, the more they will seek them out.
So it’s my hope that more and more natural technologies will be available soon. We’re just at the beginning of what’s turning out to be a fantastic process. I like it. I like it a lot. 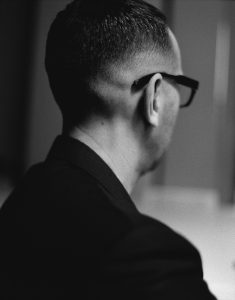 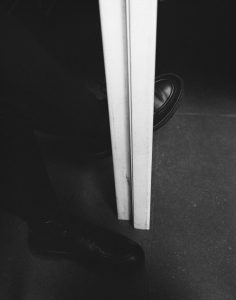