“Either I break techno, or techno breaks me.” Two years after her viral Boiler Room set, Palestine's 'queen of techno' is further amplifying the singular sounds of her homeland, even with nightlife on pause

Last month, Boiler Room’s film platform 4:3 premiered a short film by Jan Beddegenoodts about the Palestinian DJ Sama’ Abdulhadi. Sama’ Abdulhadi: The Palestinian Techno Queen Blasting Around the Globe tells the story of a determined woman who now finds herself on the brink of techno superstardom, in the wake of her viral 2018 Boiler Room debut, filmed in her childhood home of Ramallah. Abdulhadi’s high-octane set incorporated samples collected from different cities in the Middle East, infusing the catharsis of hard-hitting techno music with a kind of Arabic poetry. In addition to introducing people around the world to her singular sound, the video, which now has nearly 6 million views, was a revelatory moment of representation for Palestinians; providing outsiders with a joyous glimpse into life in a country that is almost exclusively depicted as wartorn. The message is as clear as it is obvious: there is far more to Palestine than conflict and suffering.

As the views racked up, so too did Abdulhadi’s bookings and acclaim. Beddenoodts’ film, which follows the DJ on a grueling tour through Europe and the Middle East in the summer of 2019, chronicles her struggle to adjust to her newfound fame and the taxing lifestyle that touring demands. In one scene, an exhausted Abdulhadi stares fearlessly into the camera and says, “I am riding the wave until one of us crashes. Either I break techno, or techno breaks me.” Little did she know, the wave would crash far sooner than she anticipated. The coronavirus pandemic has placed her explosive career on an indefinite pause, and more or less broken the techno scene and nightlife industry at large.

“When COVID happened, I felt so happy I [had] played every party and every after-hour. If not, I would be sitting here thinking, ‘I wish I stayed longer or did this or that.’ Now I can really say I have no regrets.”

When I spoke to Abdulhadi, she was quarantining in Paris, where she is completing a six-month residency at the Cité internationale des arts. As a Palestinian who grew up during the Second Intifada, this isn’t the first lockdown or national crisis she has endured. From age 10 to 16, her home was under siege by Israeli forces, who also placed severe restrictions on Palestinians’ freedom of movement and implemented a curfew that prohibited citizens from leaving their homes at certain hours. It was around this time that Abdulhadi first started dabbling in DJing, seizing moments of calm to celebrate and dance with friends.

For Abdulhadi, now a notorious club-closer and afterhour enthusiast, partying has always been a high-stakes art form. “In Palestine, every second that you live could be the last that you’re alive,” she says. “So when you have a party, you don’t stop dancing until you’re forced to stop—because you know very well that you might not have the opportunity to dance again.” Though her DJ lifestyle has been deemed unhealthy, extreme, and even concerning to others (her tour manager, specifically), Adbulhadi is certain that no hour of sleep was sacrificed in vain. “When COVID happened, I felt so happy I [had] played every party and every after-hour. If not, I would be sitting here thinking, ‘I wish I stayed longer or did this or that.’ Now I can really say I have no regrets.” 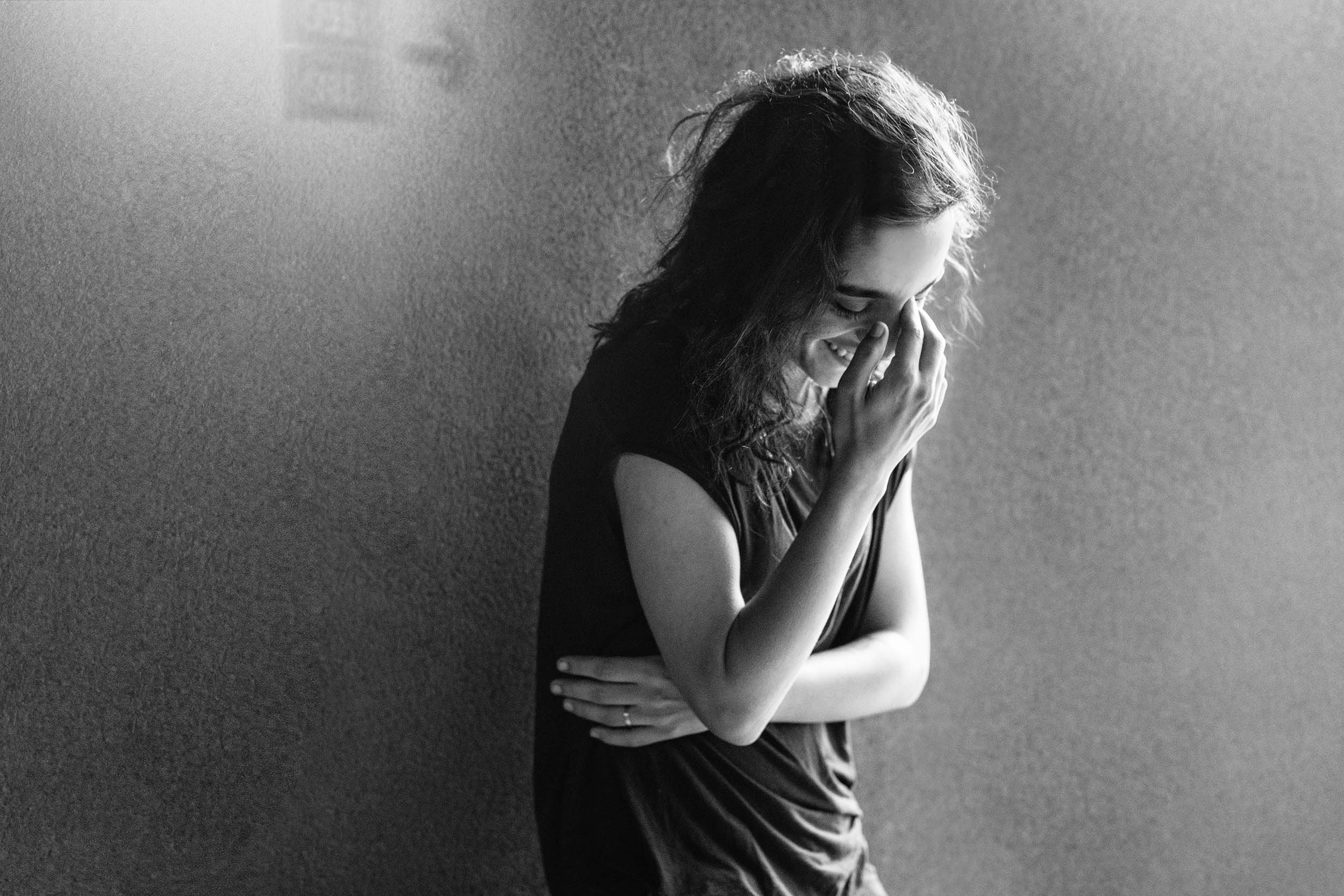 Yet another tragedy in 2020 has intimately affected her: the explosion in Beirut, Lebanon in August, which left 200 people dead and 300,000 homeless. “I was on the phone with my friend who lives there when the explosion happened,” she recalls. “We were chatting and then all the sudden I heard this weird scream.” Though Abdulhadi is known on the international stage as “Palestine’s queen of techno,” her musical awakening happened in Lebanon, where she lived for a year and a half, and regularly partied on the weekends for many years after. In Beirut, she had her first ever clubbing experience and her first proper introduction to electronic music and its surrounding culture. “People in Europe say I play ‘Berlin techno,’ but my techno is Lebanon,” she says. “I learned everything I know about techno philosophy and technique there. Beirut is my Berlin.” Though she frequently plays German tracks in her mixes, her approach, she emphasizes, is Lebanese. “In Lebanon, DJs are not stuck in their ways,” she explains. “They read the room and match its energy. Lebanese DJs play music for the people, not for themselves.” Regardless of the event, Abdulhadi prides herself on adaptation and track diversity. Her cardinal rule is to cater to the unique energy of the crowd.

Now, one of her favorite cities in the world—and once the nightlife capital of the Middle East—is in free fall. Lebanon is battling converging crises: a total economic collapse, a revolution against corrupt leadership, COVID, and the aftermath of a deadly blast in its capital. The explosion happened in Beirut’s port area, completely destroying the world-renowned clubs located there, like AHM, 01NE, and The Grand Factory, where Abdulhadi had her musical coming of age. In late August, she played a set for Beatport’s ‘Together for Beirut’ 24-hour livestream event, to raise money for disaster relief. She felt the magnitude of the 2020 tragedies during her livestream, when she couldn’t employ the most vital lesson she learned from DJs in Beirut. How can you read the room when you’re the only one inside it?

“In Lebanon, DJs are not stuck in their ways. They read the room and match its energy. Lebanese DJs play music for the people, not for themselves.”

But even with Beirut in ruins, the lessons Abdulhadi learned there live on in her—and in Palestine, where she eventually returned to premiere the sound and skill set she mastered in Lebanon. Though it initially took some time for electronic music and marathon raving to take off in Ramallah, Abdulhadi is now credited as the figurehead of a movement, and the founder of Palestine’s burgeoning techno scene (there are now roughly 10 Palestinian DJs who play electronic music in Palestine).  Abdulhadi is also personally responsible for Resident Advisor adding the previously unlisted Palestine as a nationality option to their DJs pages: a symbolic reflection of her quest to include the Palestinian point of view within the broader techno conversation.

Ten months into a pandemic with no end in sight, the techno and nightlife industries remain dormant, but the multitalented Abdulhadi is hardly at a standstill. She is currently focusing on the music publishing agency she launched in 2016, Awyav, which helps artists and music producers from the Arab world meet the sonic needs of content creators, like filmmakers, advertisers, radio producers, and so on. Awyav has compiled a library of Pan-Arabic sounds for licensing, which offer more authentic and contemporary soundscapes than the cliché “Sahara” samples that Western media has used for decades. Though she cannot return to the wild, country-hopping, sleep-depriving career depicted in Beddegenoodts’ film anytime soon, she will pursue her overarching creative mission with the same intensity. Abdulhadi will ensure that artists from the Arab world continue telling their stories through the universal language of sound—and that the rest of us listen.