The electronic musician, best known for his work with Coil and Psychic TV, collaborates with composer Caterina Barbieri on ‘Agalma’

“I think one of the things a lot of us struggle with is that our sense of self tends to get in the way of everything,” Scottish-born, New York-based musician Drew McDowall tells me over the phone. “And what’s better medicine than doing something that takes you out of the equation?”

McDowall is best known for his work with Coil, the famous industrial electronic band known for its dark, heavy sound. His latest solo album, Agalma, has a very different feel, though. Its nine tracks shimmer between ambient, drone, and a kind of New Age noise. “Agalma II,” a collaboration with Berlin-based Italian composer Caterina Barbieri, turns multi-tracked vocals into pulsing choral washes of sound framed by liquid keyboard flourishes. It’s “Orinoco Flow” if the flow were streams of bytes headed towards some transhuman database. 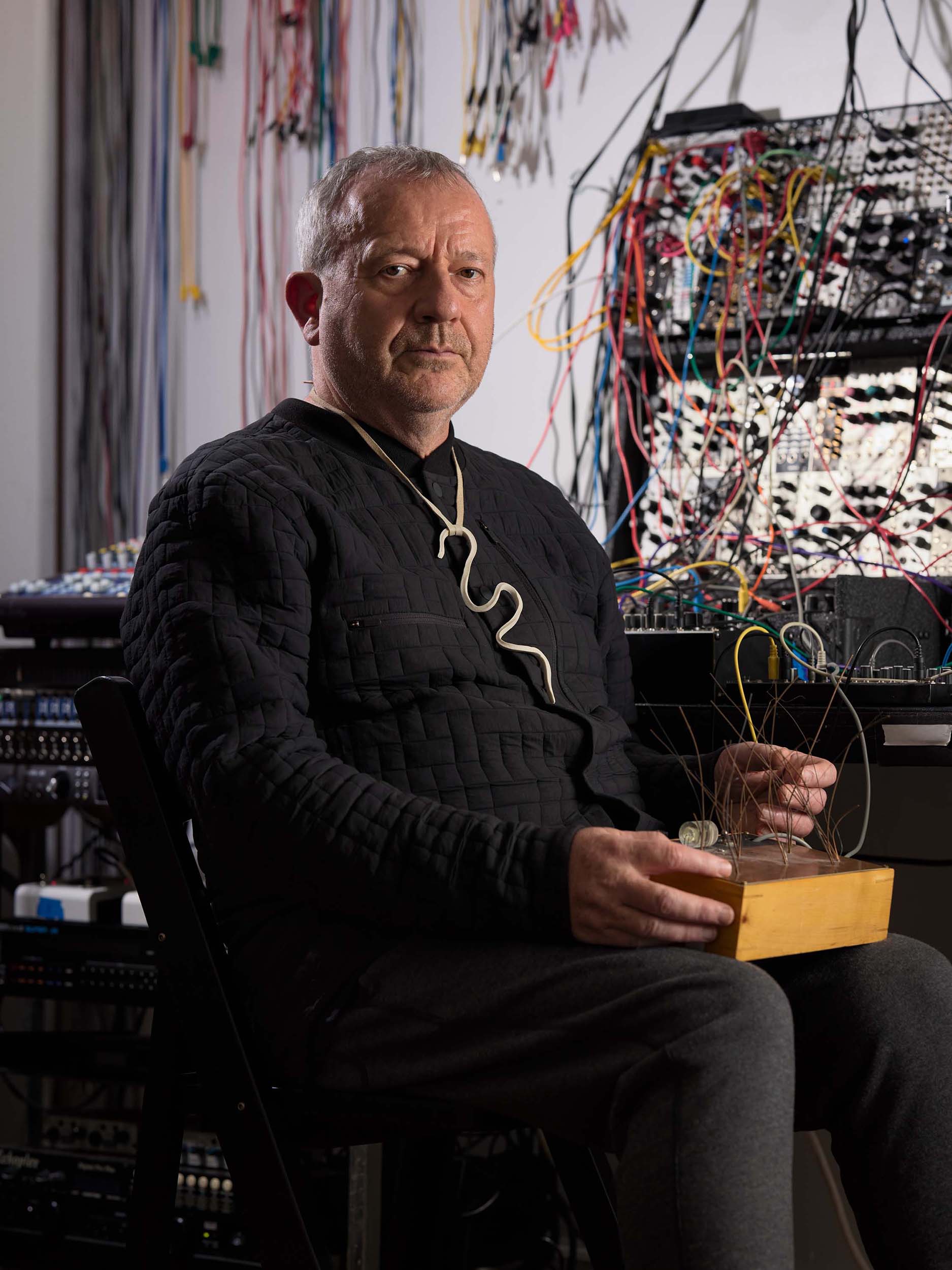 The word ‘agalma’ is a Greek term that means ‘offering’; it refers to a statue or an image made to a deity—something meant to be taken by the divine and not returned. “I wanted to get with this album a sense of the sacred, not tied to any sense of religion, but a sacred atheism,” McDowall says. “How do we remove this overwhelming sense of self, to try to transcend that or try to skirt it or evade it?”

The heavier, louder music McDowall created with Coil could also be seen as trying to get beyond the self through different means, by trying to pound said self to a pulp. Coil also though has moments of “blissful light,” McDowall says, and Agalma is a progression from that—a series of oceanic tracks that build on one another and return like tides of noise gently scraping across cerebral matter.

The title “Agalma” is used for almost every track, and the swelling drones tend to blur one into another. McDowall has introduced variety in part by working with a number of different collaborators. Harpist Marilu Donovan and violinist Adam Markiewicz of the duo LEYA add dreamy elegance throughout the album. Chicago artist and multi-instrumentalist Robert Aiki Aubrey Lowe contributes eerie electronic blips and echoey throbs to “Agalma III” and “Agalma IV.” Swedish drone organist and keyboardist Kali Malone helps give “Agalma V” the sound of a church slowly falling off the end of the world. 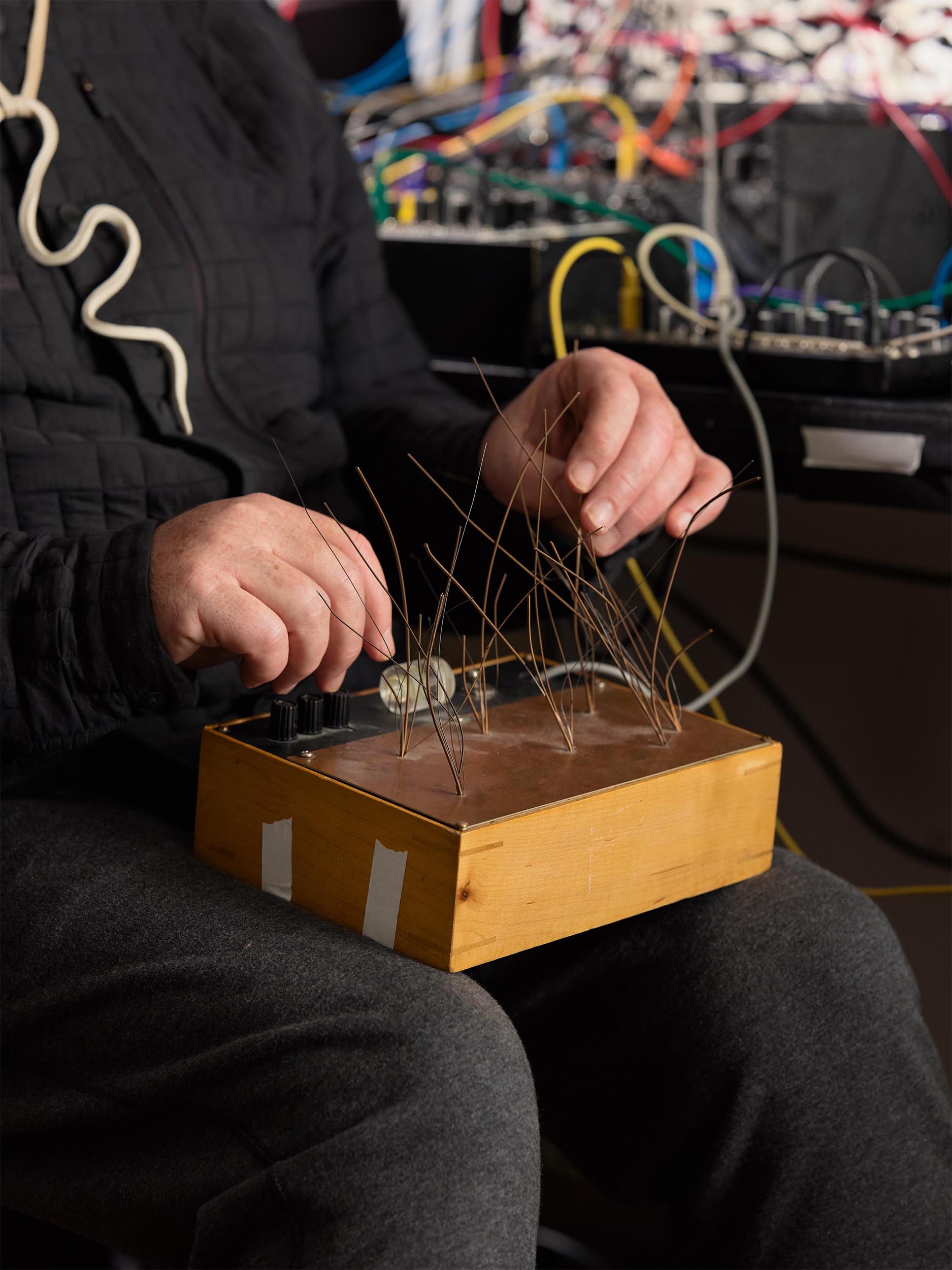 McDowall says he first talked about working with Malone when the two were playing a festival on Madeira; they went hiking together and talked about a possible collaboration at some point in the future. When he started recording Agalma, though, he decided he couldn’t wait, and asked her to send music for a track. He then put her contribution on reel-to-reel tape and physically manipulated it to fit the pitch. “It was tricky as hell!” he says, “but it worked really well. I asked her first, ‘Kali, how much can I mess with the beautiful organ piece that you sent me?’ And she said, ‘Do whatever you want to do to make it work.’ I figured that was the blessing that I needed.”

Another remarkable collaboration is “Agalma VII (Toyor El Janeh),” with Palestinian-Jordanian producer Bashar Suleiman, German-Austrian producer Elvin Brandhi, and the Saudi Arabian singer MSYLMA. MSYLMA wasn’t originally supposed to be part of the collaboration; Suleiman asked to bring him on at the last minute. McDowall was thrilled; he was a fan of MSYLMA’s 2019 debut record Dhil-un Taht Shajarat Al-Zaqum, which combined experimental electronics with Arabic poetry sung and chanted. Great as that album is, “Agalma VII” may actually be a better introduction to the stunning purity of MSYLMA’s voice. Though the track vibrates and echoes, the effects on the vocals are minimal compared to the singer’s own work, and the result is ravishing. 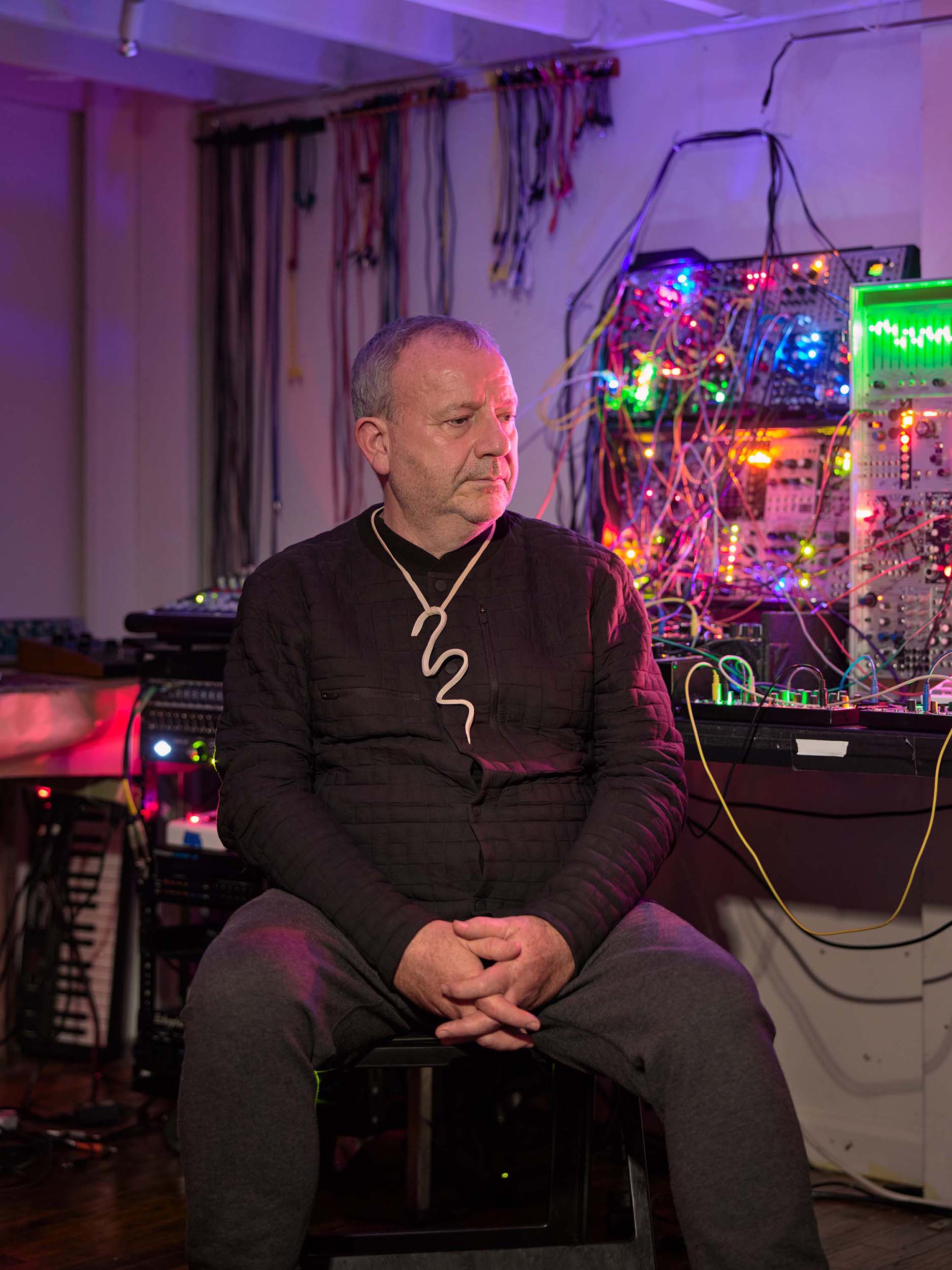 Though there is the sound of human singing on the album, there aren’t really any lyrics; voices, like electronics or harp or organ, are an instrument rather than a vehicle for spoken meaning. “The main engaging impetus of the album was to try to capture in music experiences or feelings I just couldn’t put into words,” McDowall says. “I wanted to capture those feelings in sound. Words only take you so far with the idea of the sacred, of sublimity, of the elegiac.”

One of the album’s highlights is both wordless and musicless; the cover image by New York artist Caroline Schub, who has also worked with noise artist Pharmakon. The cover photograph of Agalma shows a hook piercing a piece of flesh-colored latex; a hand grips one end of the material and pulls it taught across a weathered stone. Schub’s artwork often focuses on her body and disability, and this image makes you feel the different textures sliding over each other—a shred of something like skin clinging to or peeled from the earth. Like McDowall’s music, the picture is mysterious, evocative, lovely, and more than a little uncanny. It’s a picture of what the self might be if you put the self aside.